January has been quite a month for us as a family. We started off the month with Jessica still on the intensive care unit following her heart surgery; were reunited with Sophie 11 days into the New Year once Jessica was back in a “normal” bay on the ward and came home two days later. The second half of the month has been full of medical appointments – but not just for Jessica. You see, we’ve been keeping quiet about the fact that there’s another little member of our family to consider. A little person that right now is about the size of a lime, gender unknown, and is currently known as Peanut. 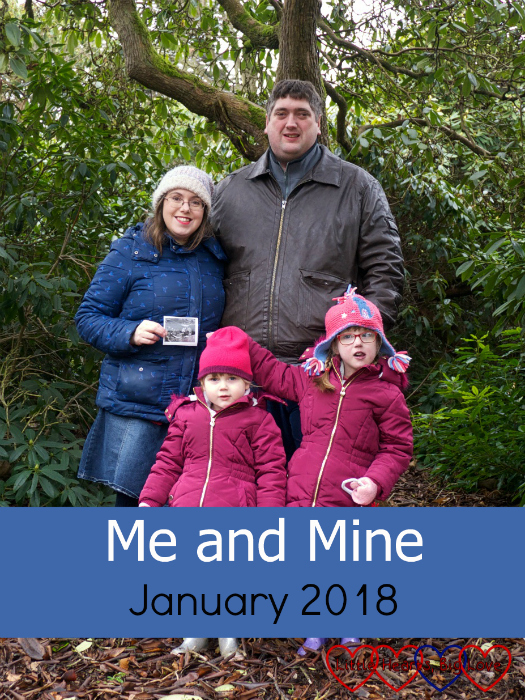 We told the girls on Christmas Day. Jessica in particular has been very excited. Being in hospital has been a good thing in that respect with trying to keep Peanut a surprise! She told all the doctors and nurses that “Mummy has a baby in her tummy!” and has been giving my tummy lots of kisses. Sophie has been a little more matter-of-fact but has been asking questions about Peanut. She would like to have another sister. Jessica would like a brother. We’re not planning on finding out until Peanut actually arrives though so hopefully the excitement of actually having a new baby will ease any potential disappointment on that front! 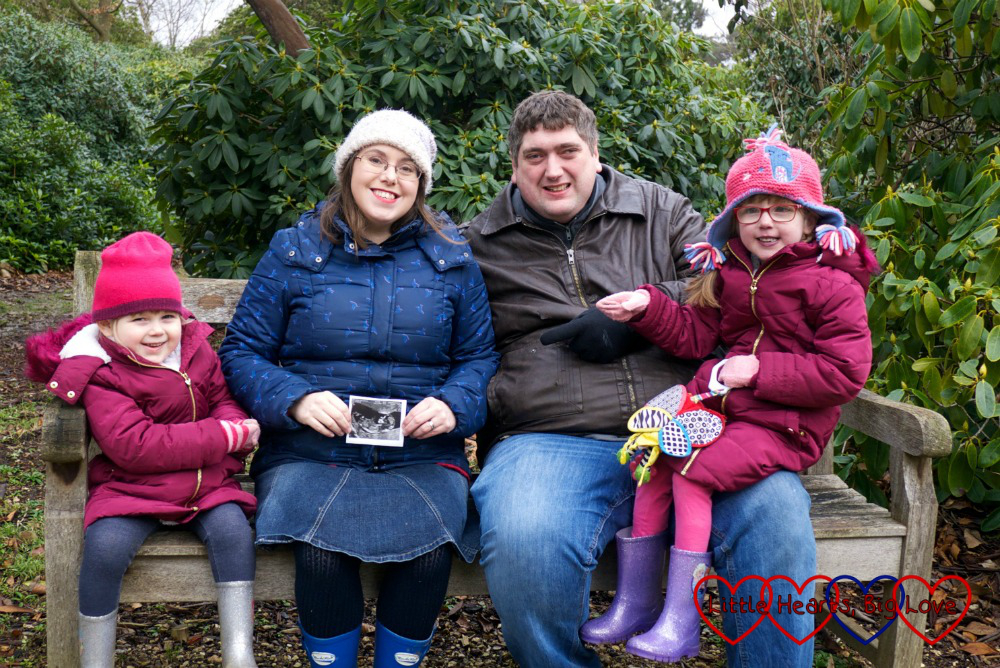 Hospital aside, the girls have been very good at keeping Peanut a surprise until we’ve given them the green light to talk about it. It’s not always been easy, especially the baby bump has made an early appearance this time around. I’ve had to carefully consider my outfit choices to minimise the chances of people guessing! It also made the hospital stay a little more “interesting” – the joys of first trimester symptoms! On the plus side though, it forced me to rest a little more and look after myself better than I perhaps would have done otherwise. 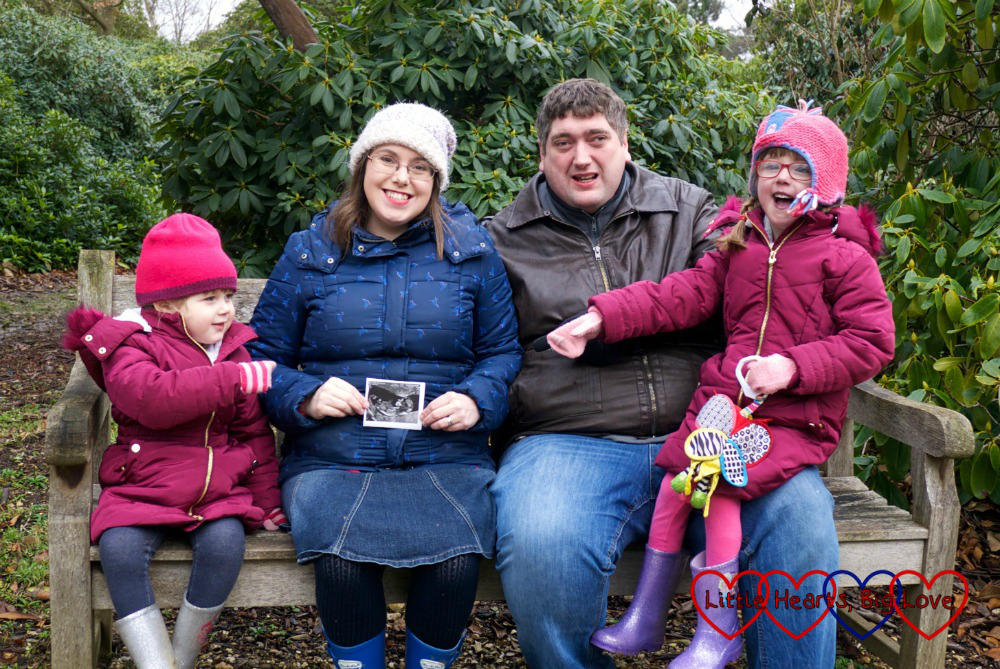 Thankfully the fatigue and nausea have now eased. The girls are excited that they can finally start telling people about Peanut. Jessica is recovering beautifully from her surgery and has been enjoying having “school at home” with Mummy as she will be off until at least half-term. Sophie has been enjoying having her sister at home a little more. There’s been lots of time for crafts and cuddles, stories and snuggles. We’re still in a bit of a post-surgery bubble in many ways. It’s been nice to be home together. 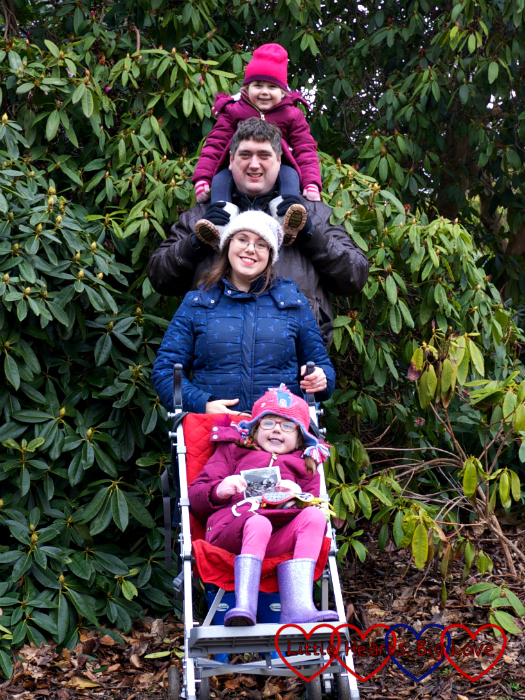 And so here we are at the end of January. The four of us enjoying our first family trip out since Jessica came home, sharing our little surprise and very much looking forward to becoming a family of five later this year.