Jessica has been learning about minibeasts at school and about the life cycle of a caterpillar. Her latest home learning task was to learn something about another insect that she could share. I’ve spotted a few ladybird larvae in the garden lately. It seemed a good opportunity to teach Jessica and Sophie about the ladybird life cycle. 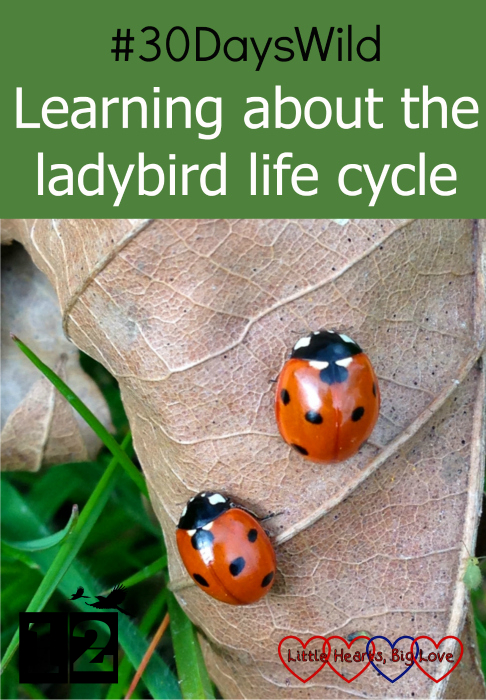 Ladybirds are dormant over the winter and become active in the spring. After mating, the female ladybird lays batches of eggs. After about a week, larvae hatch from the eggs. The larvae will grow over the next few weeks, shedding their skin several times as they grow. When the larva reaches full size, it sheds its skin one final time to become a pupa. This is the cocoon stage. After a few days, the adult ladybird emerges from the pupa. It is bright yellow in colour when it first emerges. After a few hours, the wings harden and change colour to produce the distinctive spotty shell of the ladybird. 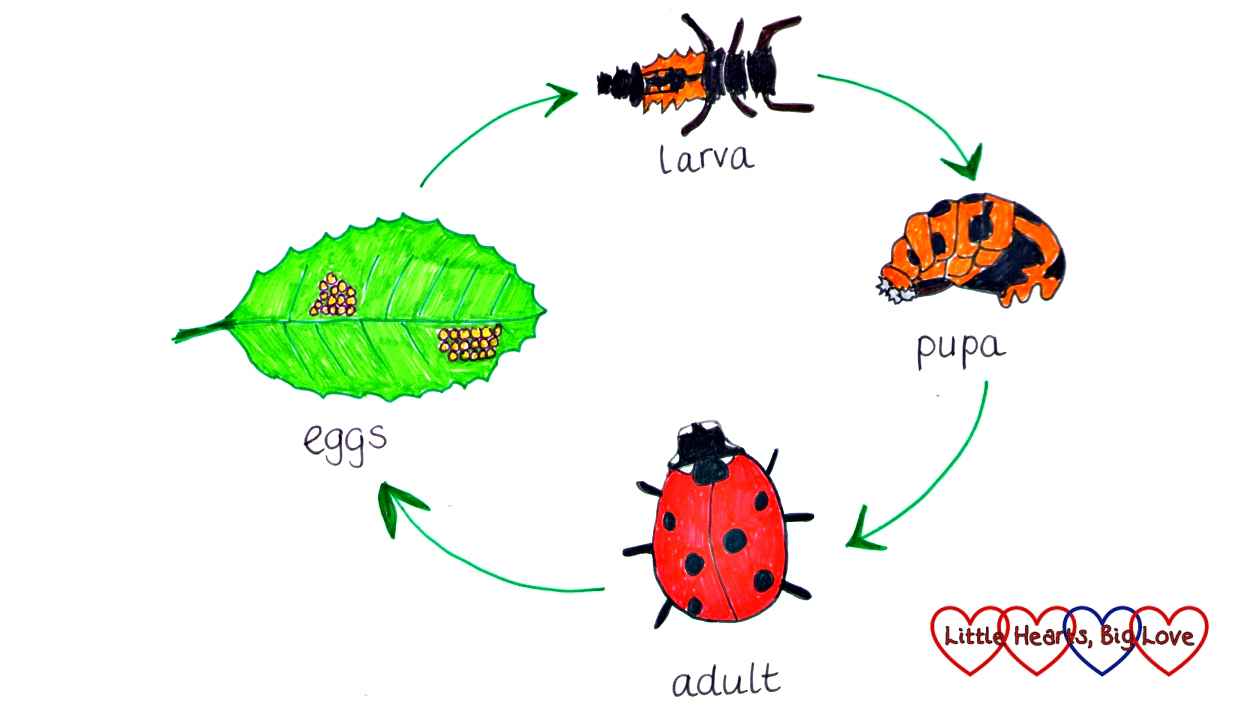 We headed outside to look for ladybird larvae and found a few on the nettles in an overgrown patch of the garden. I explained to the girls that these were baby ladybirds who had hatched out of eggs. We took a closer look at the underside of the nettle leaves to see if we could spot any eggs, but couldn’t find any. 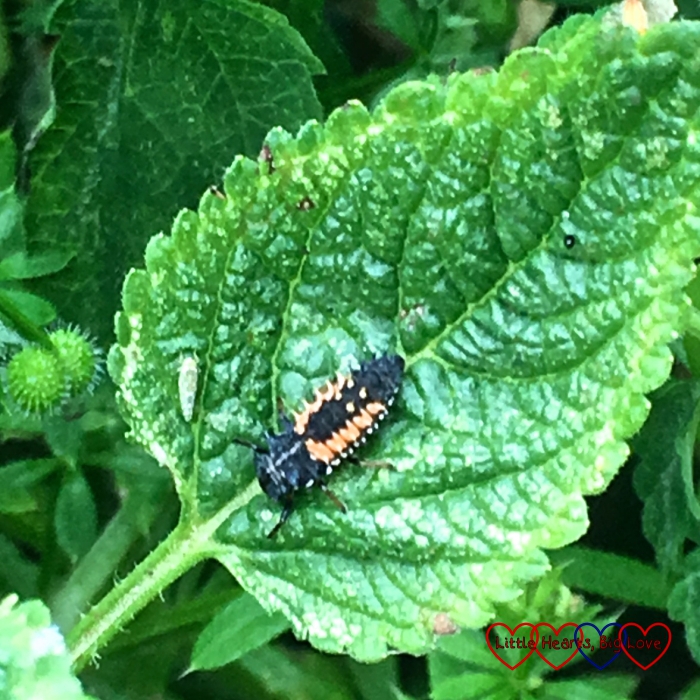 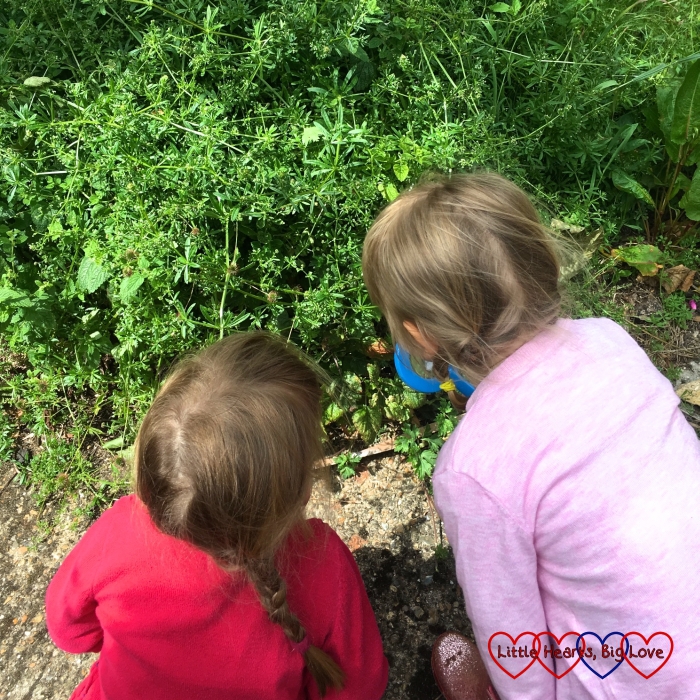 Having found lots of larvae, I took a closer look inside the weeds to see if we could spot a pupa. I’ve never seen one before. In fact, I didn’t really know anything about ladybirds and their life cycle until recently when I was trying to identify one of the insects we spotted in the garden (which turned out to be a ladybird larva). I was quite excited when I managed to spot a pupa hidden amongst the weeds. The girls came over to take a closer look. They found the “ladybird cocoon” fascinating to look at. 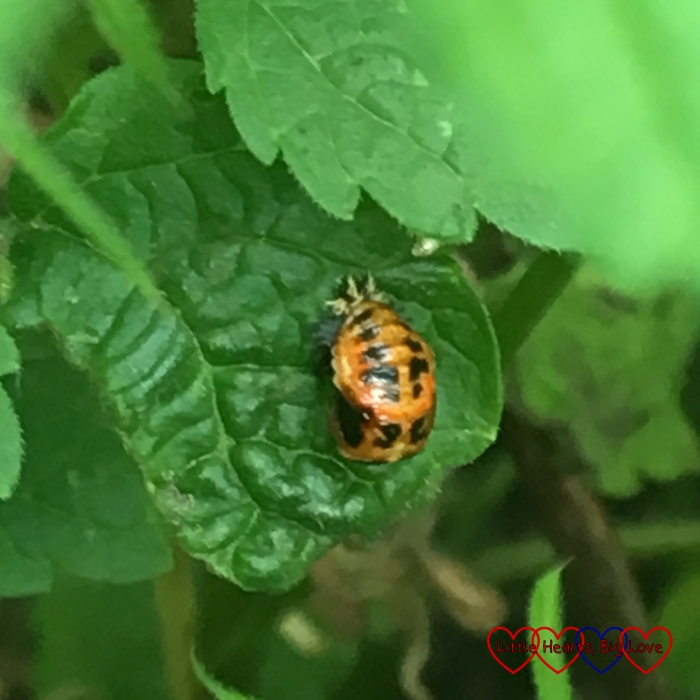 We’ve spotted adult ladybirds in the garden a few times now although we didn’t manage to spot one today. Last year, on a day out at Ankerwycke, Jessica spotted a pair of mating ladybirds. “Look, Mummy, the ladybird is giving his friend a piggyback!” 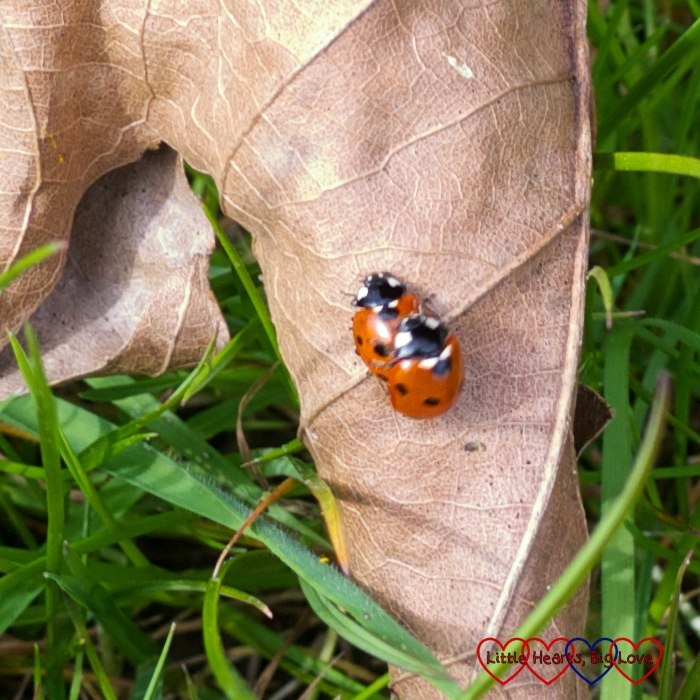 While we didn’t spot any ladybirds in the garden, we did manage to spot another mating pair of insects. I had to ask online to identify them though. They’re Hawthorn Shield Bugs apparently. The girls were quite fascinated by them! 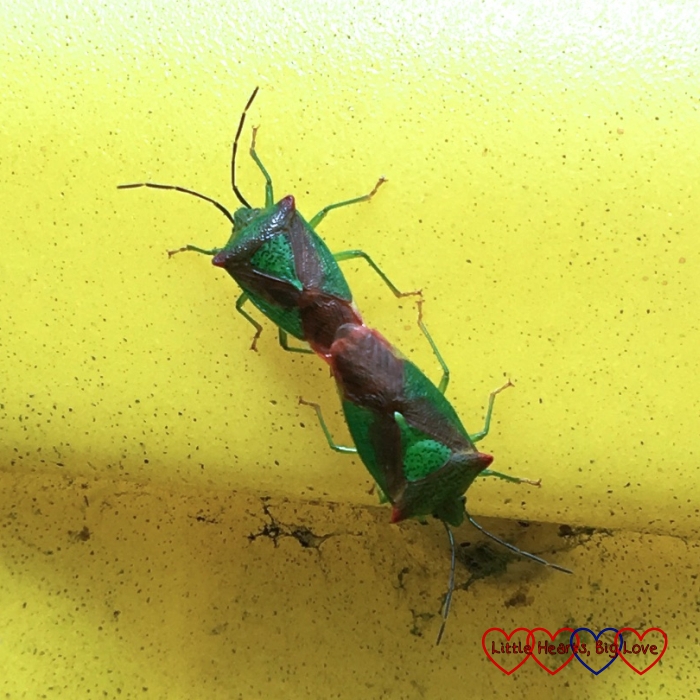