September has been a tough month on the whole. It was to be expected to some extent, especially at the start of the month with Sophie starting junior school, Thomas starting preschool and Jessica’s birthday all falling very close together. Milestone moments are always hard. If Jessica had still been with us, she and Sophie would have been at the same school again. In reality they never got to attend school together, but Jessica was excited about the thought of going to school with Sophie and I’m sure she would have loved having her sister at junior school with her. She would have been excited too at her little brother starting preschool at the same preschool that she and Sophie both attended and loved. 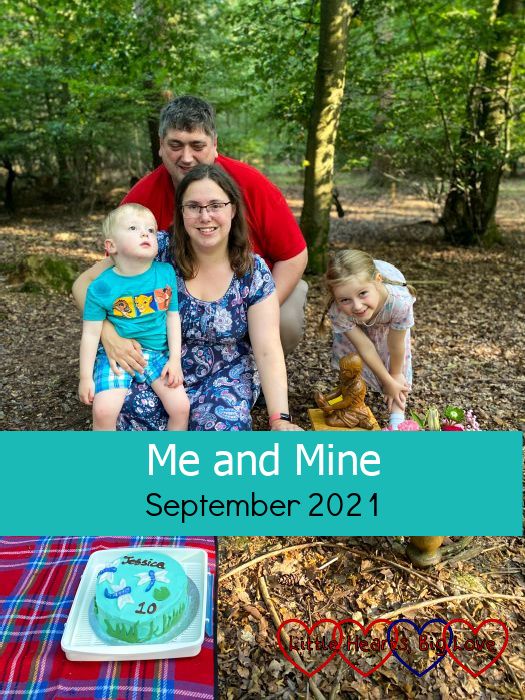 Jessica would have been ten at the start of this month. Ten years since we became parents. It’s such a big milestone and like every milestone since Jessica died, it hurts immensely that Jessica isn’t here for it. It has now become a tradition to make Jessica a special cake and take it to her forever bed for a birthday picnic. This month’s family photos are from Jessica’s birthday picnic. Her cake was a dragonfly-themed one this year, inspired by The Dragonfly Story which is a lovely story and such a brilliant way of helping to explain death to children. We always think of Jessica when we see dragonflies. It’s also a more grown-up cake that I’ve made previously for Jessica. It feels appropriate to have a more grown-up cake for her now that she is ten. 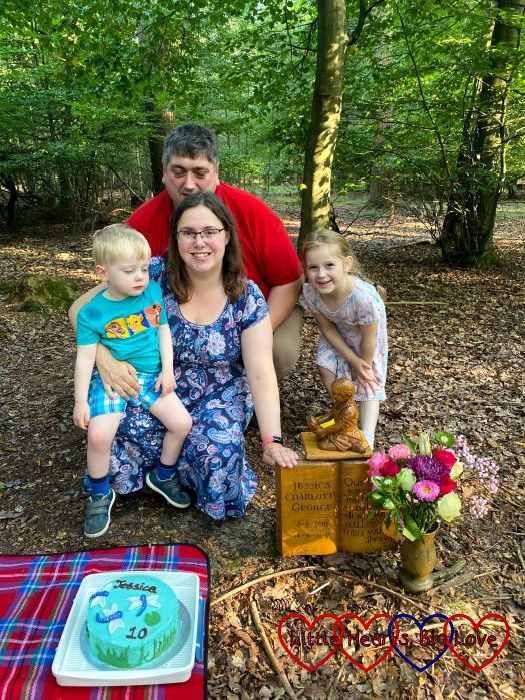 While I was prepared for grief to hit hard around the start of school and Jessica’s birthday, I wasn’t quite so prepared for the storms to keep raging throughout the month. It’s been one of the hardest times grief-wise that I’ve experienced for quite some time. The longing for Jessica to be with us again, to have just one more moment with her has been so intense. We miss her so very much.

The end of the month has also been emotional with my twin sister celebrating her one-year wedding anniversary by having the wedding reception she was unable to have last year due to Covid restrictions. Sophie and I wore our bridesmaid dresses again and Thomas had a little suit. Jessica would have been a bridesmaid too. Watching Sophie dancing with her cousins made my heart ache for the little girl who was missing from those moments. I could picture her on the dance floor having fun too. I just wish I could have experienced it in reality. Thanks to the magic of Photoshop, I did get to see a glimpse of a moment that might have been that evening though. 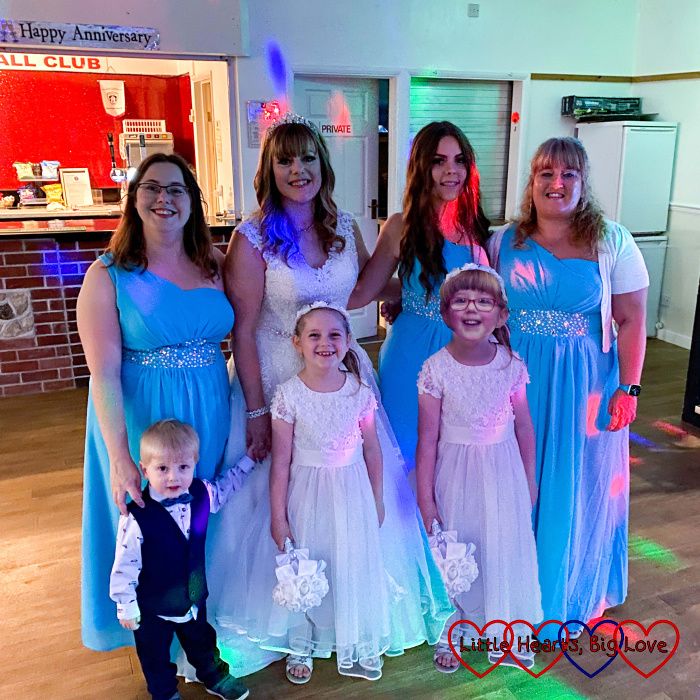 As we move into October, the storms of grief are starting to ease. A lull for a while before the next storm comes. I’ve learned over the last three years that the storms will come and go. On the whole we’ve learned to ride them and to not fear them. Grief is a part of our family life now. Just as there will always be that Jessica-shaped hole in our family, there will also be the grief of having to live our life without her.