My daughter Jessica has a complex congenital heart defect called hypoplastic left heart syndrome (HLHS). Children born with HLHS effectively have only half a working heart. Here are ten facts about HLHS and my heart child: 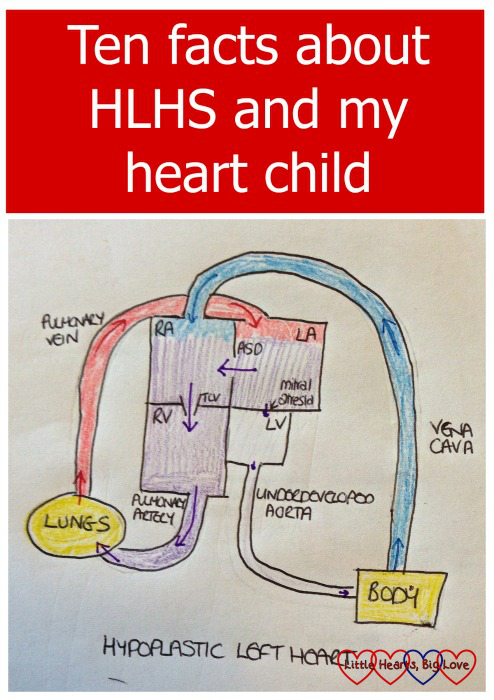 3) When a child is born with HLHS, parents are usually offered two choices. One is to to pursue the surgical route; the alternative is to opt for comfort care (keeping the baby comfortable and allowing them to pass away peacefully).

4) Children with HLHS will need at least three open-heart surgeries in order to survive into adulthood. The first of these is the Norwood procedure. This is usually performed shortly after birth. The second, the Glenn, is done at a few months old, and the final surgery, the Fontan, at around 3-6 years old. 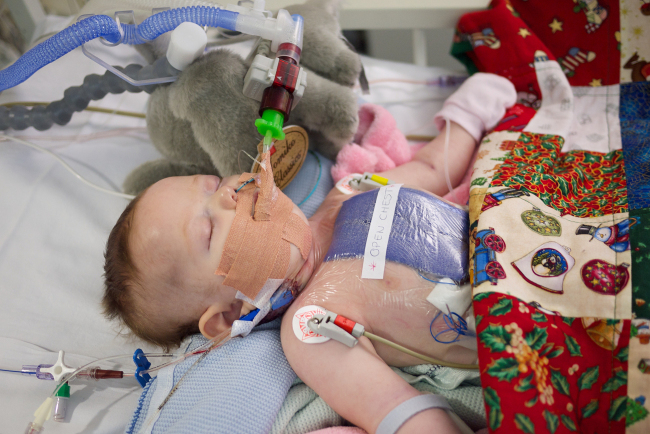 5) Dr William Norwood performed the first successful Norwood procedure in 1981. Before this, all babies born with HLHS died shortly after birth. The oldest HLHS survivors therefore are in their thirties. Approximately 70% of children born with HLHS will survive into adulthood. Long-term survival beyond this is unknown.

6) Jessica’s heart defect was complicated by a restrictive atrial septum. This made it harder for the blood to travel between the top two chambers of her heart in the womb. Because of this her prognosis was particularly poor. She had her first heart surgery whilst in the womb. This surgery enlarged the hole between the top two chambers of her heart to allow blood to flow between them. As far as we know, she was the first baby in the UK to have that particular surgery done in-utero. She may be the only baby to have had it. I’ve yet to encounter another family who’ve had a similar procedure in the UK.

7) Jessica’s anatomy meant she was high-risk for the Norwood procedure. Because of the increased risk, Jessica had a two-part surgery, known as the hybrid procedure, carried out instead. She was just eight hours old when she had her first open-heart surgery as part of this procedure. The second part too place a week later. The hybrid procedure helped buy time for her circulation to grow and her blood pressure to reduce before having the Norwood procedure at three months old.

8) HLHS is a “cyanotic” heart condition. This means that the blood going around the body has a much lower percentage of oxygen than in a normal circulation. Normal oxygen saturation levels are around 96-99%. Jessica’s are usually around 78-82%. Because of her low oxygen saturation levels, Jessica’s skin often has a bluish tinge. This is particularly noticeable on her hands, feet and lips. Having low blood oxygen levels means that Jessica has less energy than other children her age and gets cold very easily. She can go very blue when she is cold. Winter can be a particularly tricky time of year for her. 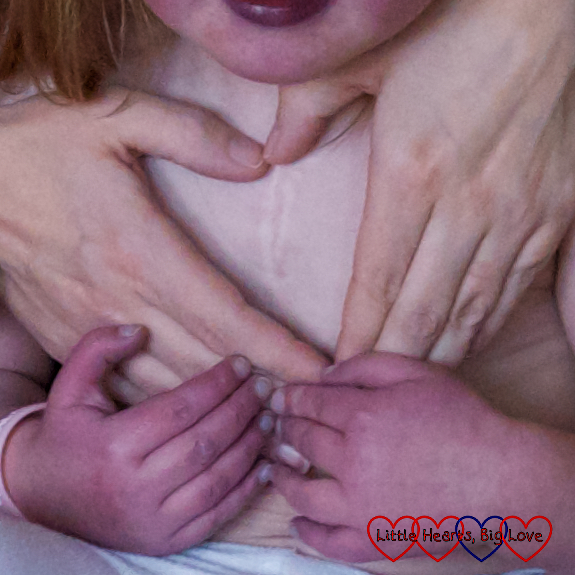 9) Jessica has to take captopril and aspirin daily to help support her heart function. At the moment she has medicine four times a day. This is quite easy to remember as part of our daily routine. However, there have been times when writing a medicine schedule and putting it on the fridge was the only way to keep track of all the various medicines Jessica has needed along with the doses and when to give them.

10) HLHS is not something that can be fixed. The surgeries basically “replumb” the heart, adapting the circulation so that the right side of the heart does all the work. A child with HLHS will still only have half a working heart though. The change in circulation comes with an increased risk of blood clots. Jessica will need to be on anticoagulant medication for the rest of her life. She will also need regular check-ups to monitor her heart function.

18 thoughts on “Ten facts about HLHS and my heart child”