Our festive siblings shot for our Christmas card photos has become a tradition over the years. This year was a little harder to try and come up with an idea that could include Jessica. I think this is partly due to the fact that Sophie is now older than Jessica was when she died. In the end, I decided to use the photo of Jessica as an angel in her Reception nativity play again and to dress up Sophie and Thomas as shepherds. We didn’t have a sheep but Sophie’s goat that she had in The Sound of Music was a good substitute! 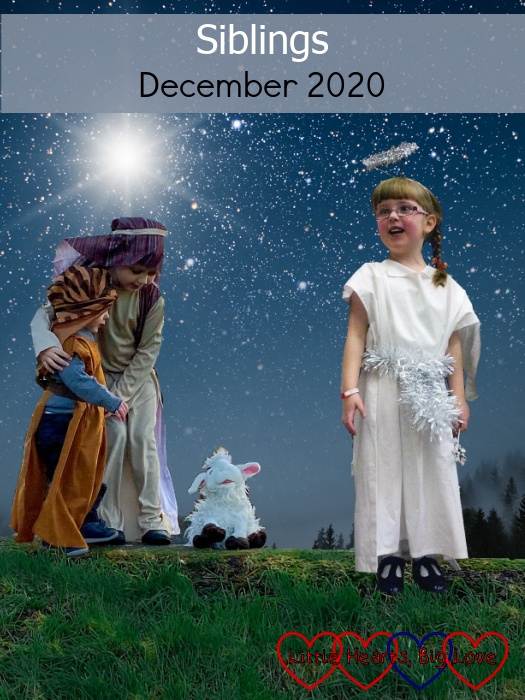 We’ve used this photo of Jessica before in our Christmas card photo – two years ago, when we recreated a nativity scene with Sophie as Mary and Thomas as baby Jesus.

It was a bit of a late decision to go with the shepherds being visited by the angel theme so we had a very quick trip to the park after school to take the photos before it got dark. I love that Sophie was so willing to have a quick change and head over to the park in a shepherd’s outfit for the photo shoot. I suspect that she won’t be quite so willing in a couple of years’ time, so I’ll make the most of it while I can! 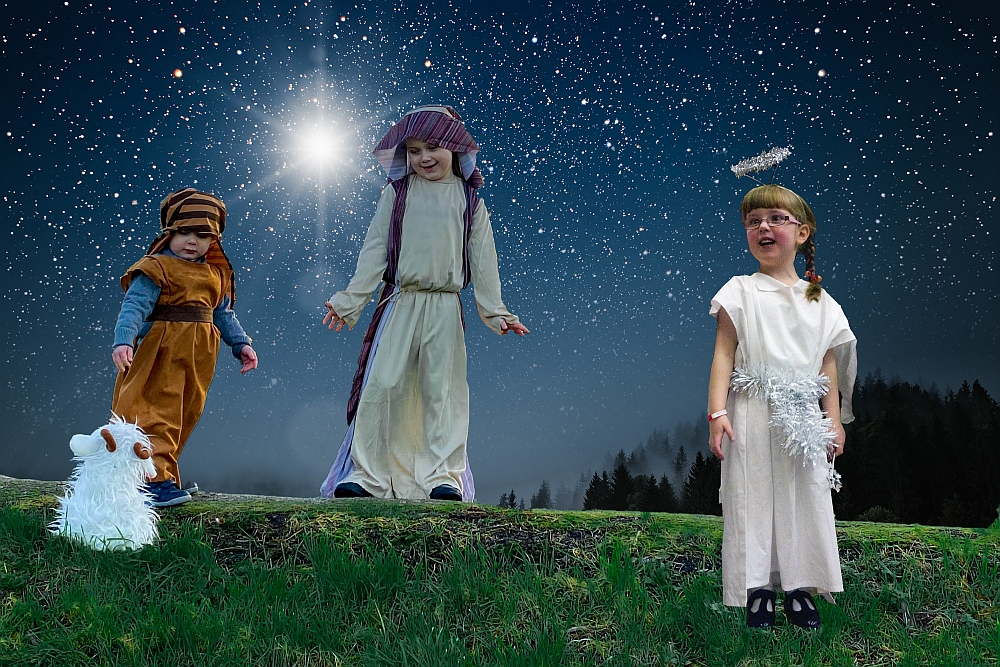 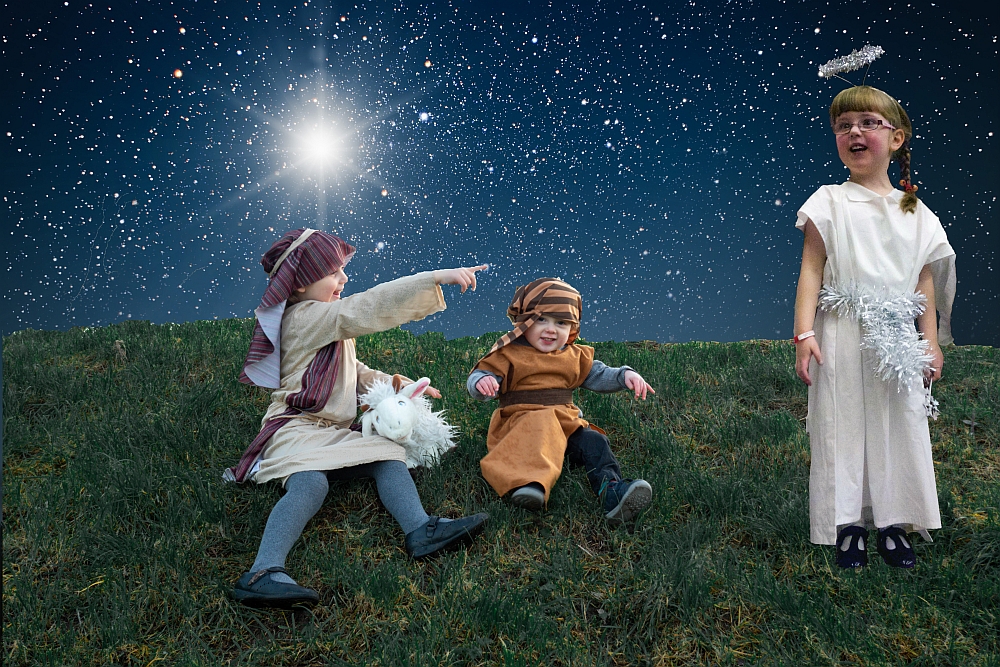 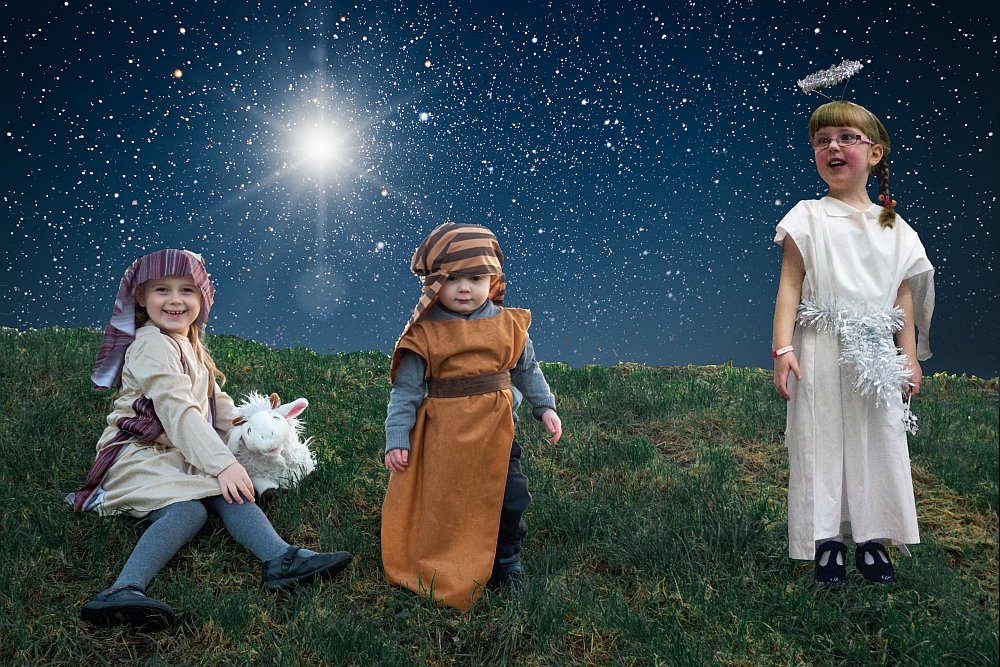 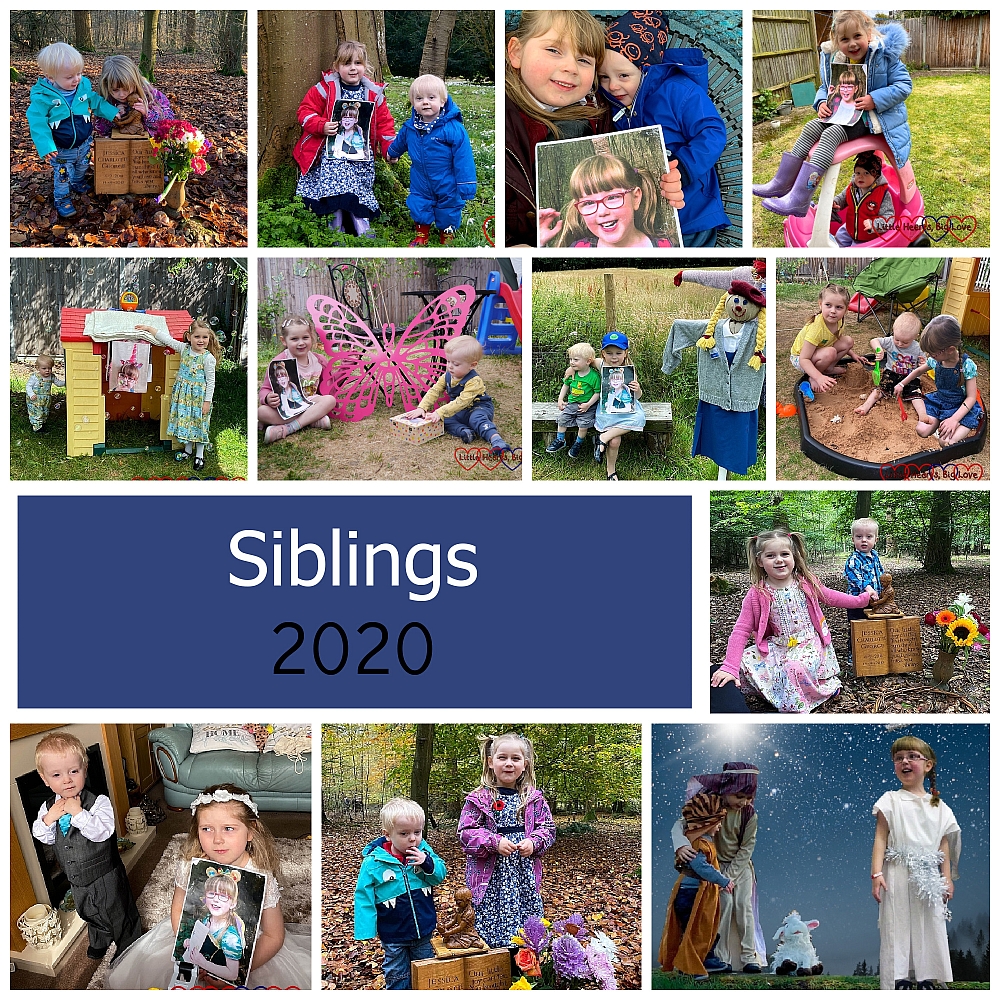