It has become a tradition now to take a festive-themed photo of the children for our Christmas card for close family and friends. I love coming up with ideas for different tableaux and trying to recreate them. The girls aren’t always co-operative but I’ve mostly managed to get the gist of what was in my head on to camera. It’s become a lovely way of looking back to see the girls growing up. Here are the festive photos that have featured on our Christmas cards so far. 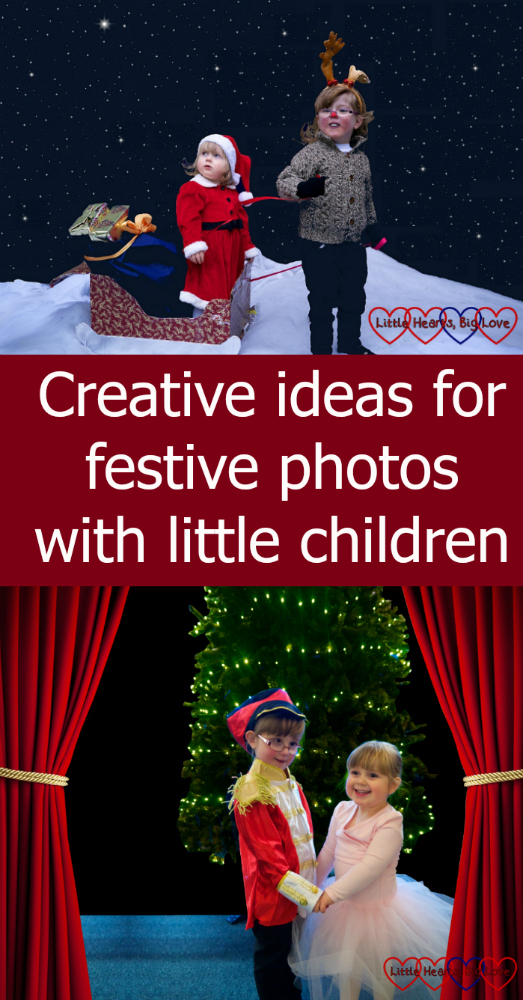 1) Santa in front of the tree 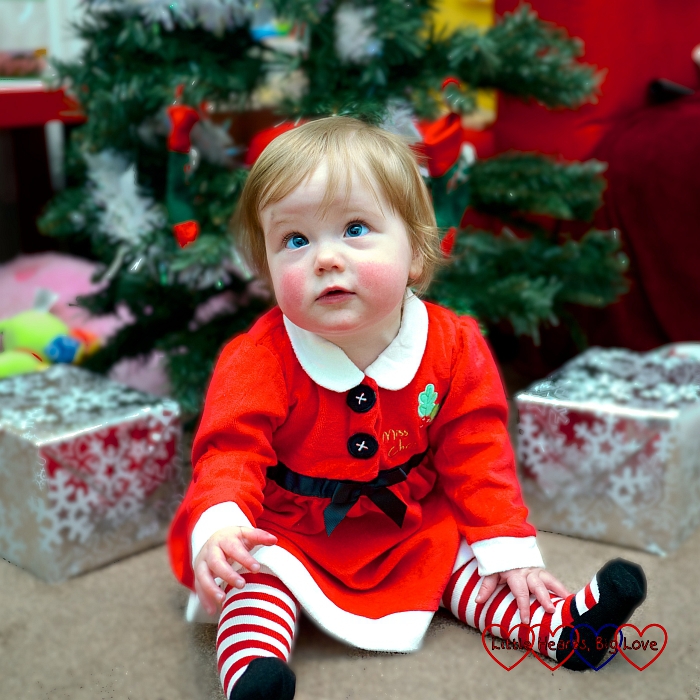 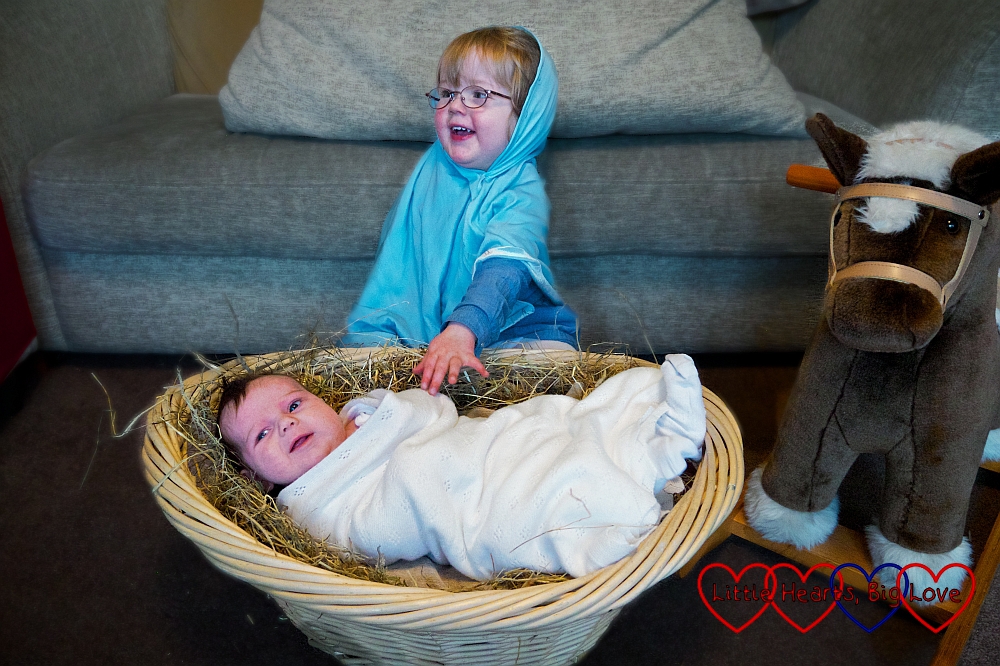 Six weeks before this photo, we had become a family of four with the arrival of baby Sophie. Naturally, there was only one option for this photo as a newborn baby gave a perfect opportunity to recreate a Nativity scene. Jessica made an adorable little Mary with a blue dress and a blue scarf wrapped around her head. One tip though if you’re tempted to try this at home – make sure you have something soft on top of the hay. Sophie was very unimpressed about being put down on the hay. It took quite a few attempts to get a photo where she wasn’t making those objections known!

3) Do You Wanna Build A Snowman? 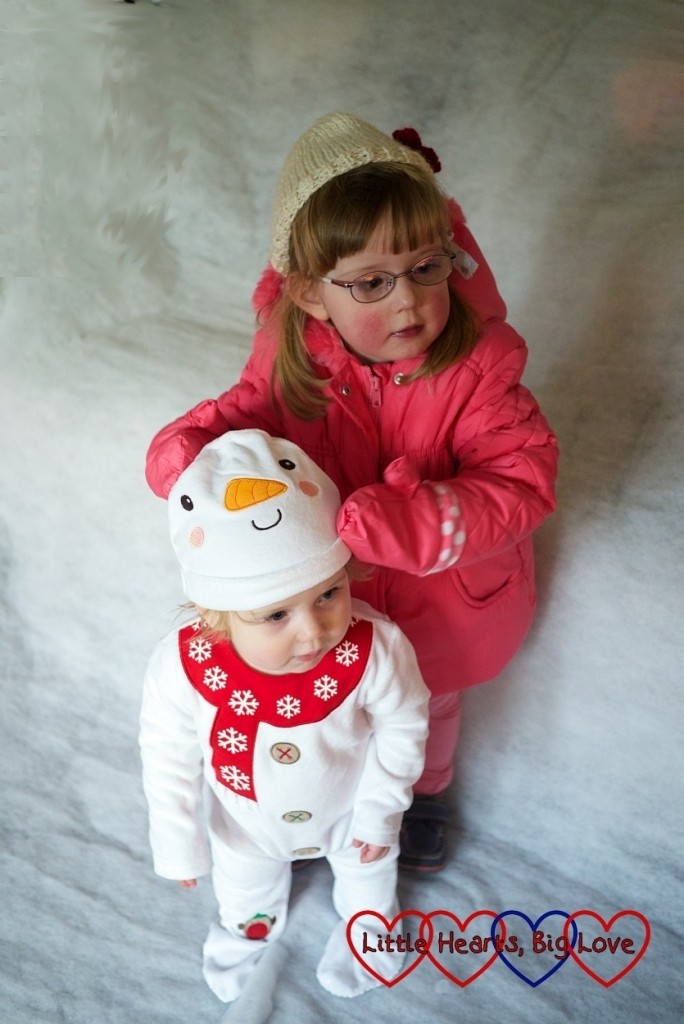 Our third festive photo saw Jessica donning coat, hat and gloves and “building” a little Sophie-snowman. Our front room was transformed into a snowy scene with lots of wadding spread everywhere. A now-walking Sophie meant that trying to get a shot with both children fairly static was a challenge. In the end, I set up the scene in front of the TV and put the Tweenies on and as you can see they’re both completely absorbed in watching it! 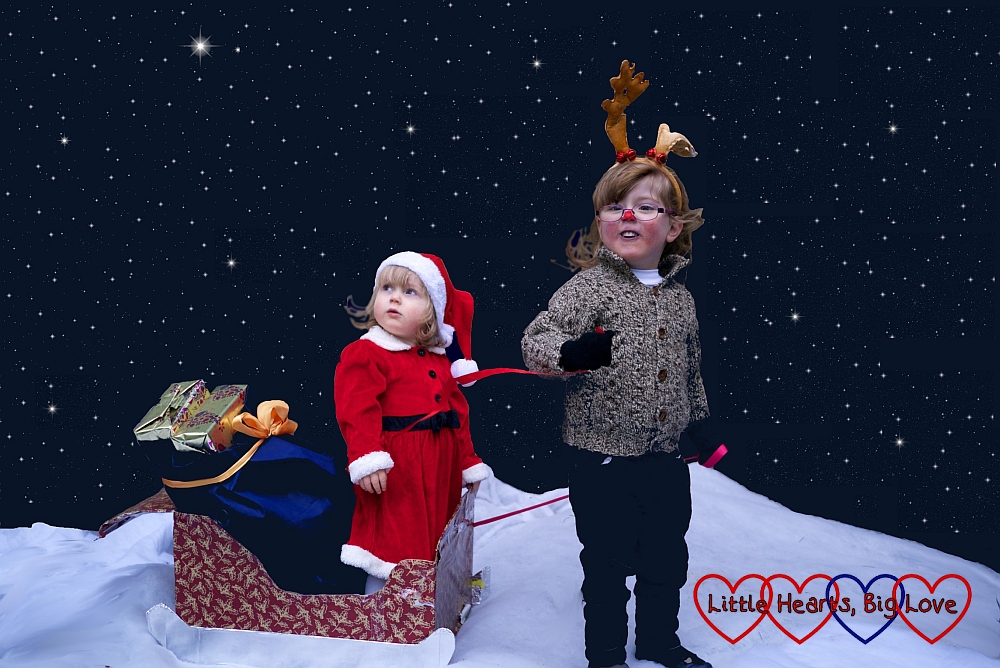 Our 2015 photo theme was suggested by my friend Elizabeth. She also loaned us the brown cardigan and trousers which helped turned Jessica into a reindeer. The sleigh is made from a cardboard box and Santa’s sack is mostly filled with cushions (with empty wrapped boxes on top). The wadding from the previous year’s photo made a reappearance to help create a snowy scene. The original backdrop to the photo is our garden fence which I replaced with a starry sky. I love the way Sophie is looking out in this shot, as if looking up at the stars. I’m not sure what she was looking at in reality though!

By Christmas 2016, both the girls had started ballet lessons. This inspired me to create a Nutcracker-themed photo. I bought a soldier’s costume for Jessica and dressed Sophie in a pink tutu. Our church, with its huge Christmas tree, was the backdrop for the photo. Once again a little editing was needed to remove most of the background and add some theatre curtains. 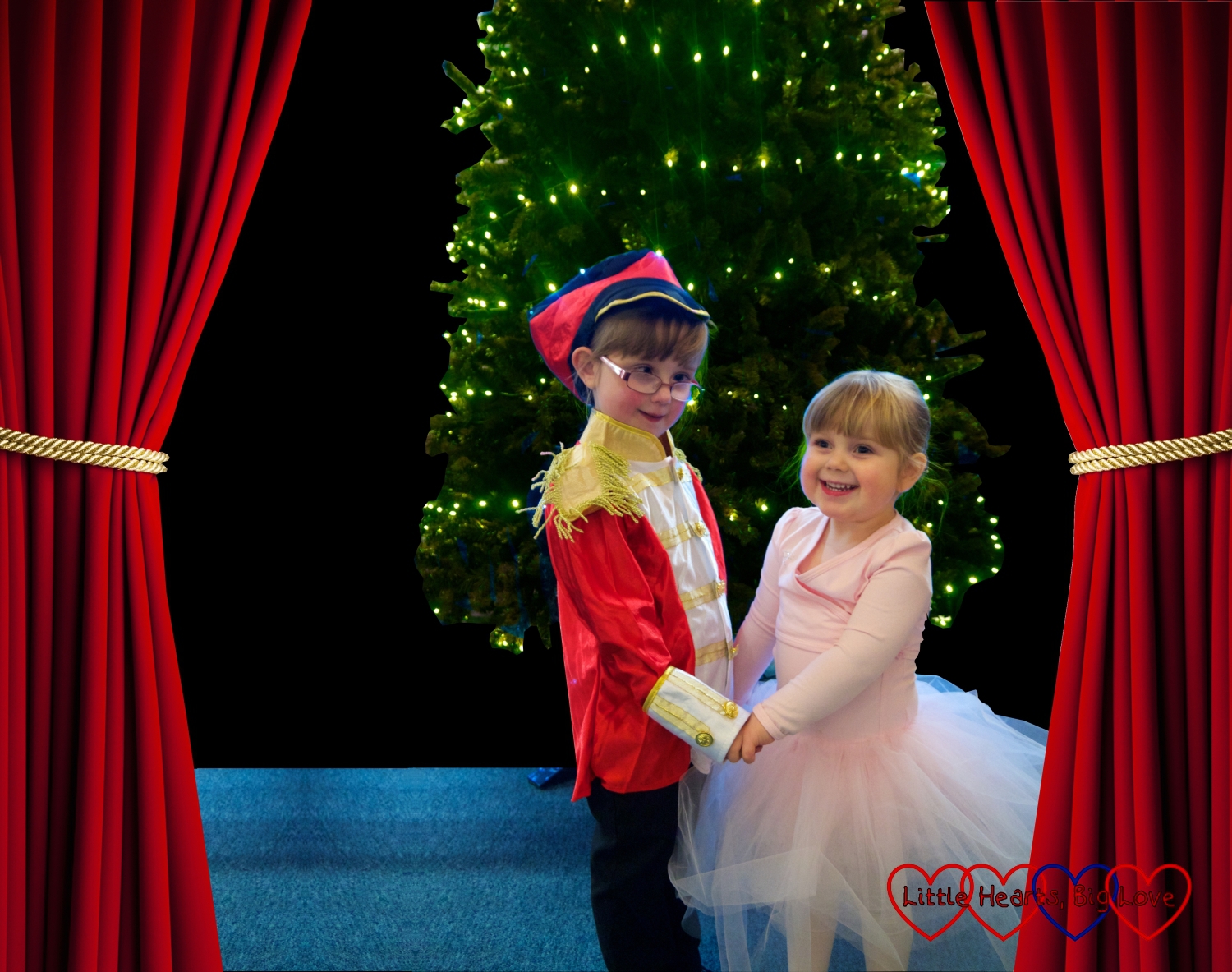 For Christmas 2017, I dressed the girls in elf costumes. They sat at the table with a wooden tool kit and some wooden toys while I took photos of them “making” the toys. I then edited out the background and replaced it with the inside of a wooden hut to create Santa’s workshop. 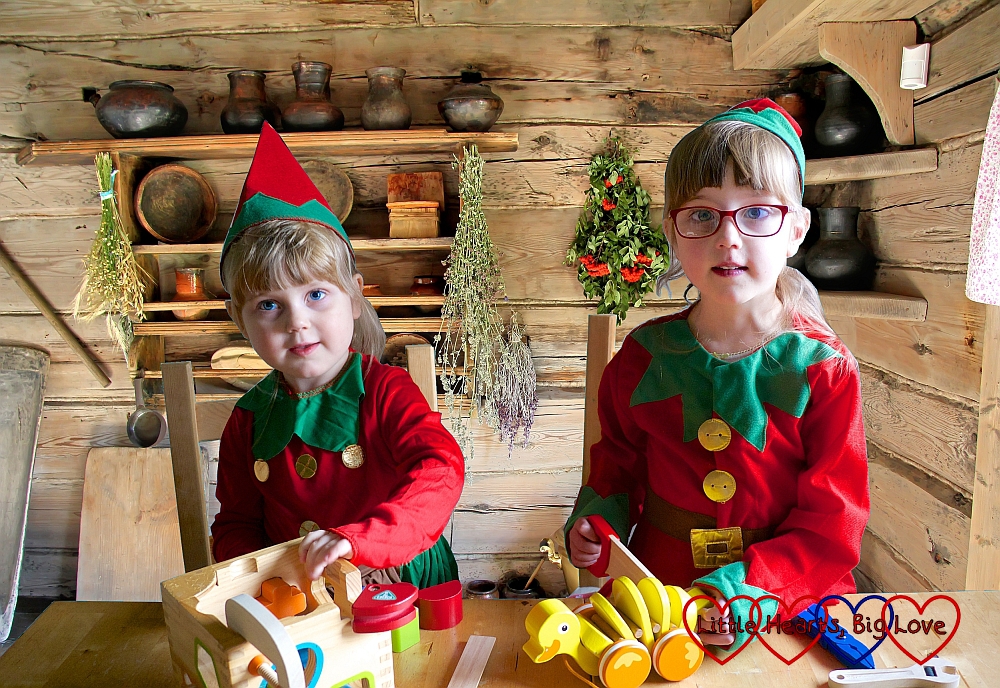 Do you have a Christmas photo tradition with your family?

21 thoughts on “Creative ideas for festive photos with little children”