Three years ago today we set out on an adventure. A trip from Land’s End to John O’Groats by bus and train. Jessica and Sophie were 4 and 2 at the time. We weren’t sure whether four days of bus and train travel with small children would be fun or a bit of a nightmare, but either way it would be an adventure. As it turned out, it was a lot of fun on the whole. As Jessica got off the train back at home, she asked when we were going on the train again. She loved it. 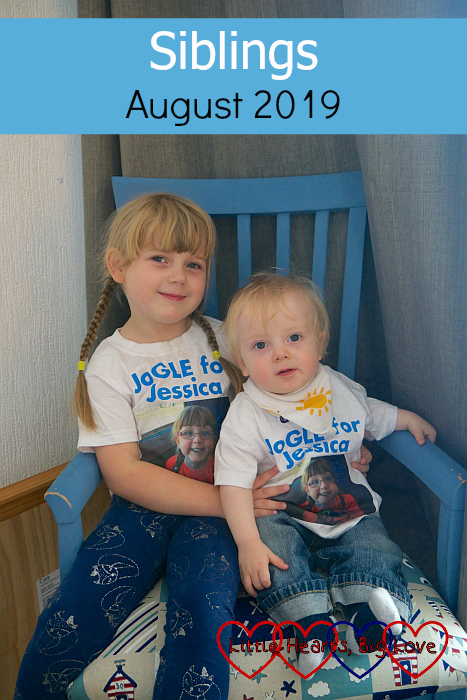 We have just returned from doing the same challenge in reverse. Travelling from John O’Groats to Land’s End by bus and train. Taking a more leisurely pace this time – six days instead of four. Travelling with a 5-year old and a 12-month old. Once again wondering if it would turn out to be fun or a nightmare. Once again, the adventure proved to be a fun one. Bittersweet, but fun. Our JoGLE for Jessica. How we wished it could have been a JoGLE with Jessica instead. 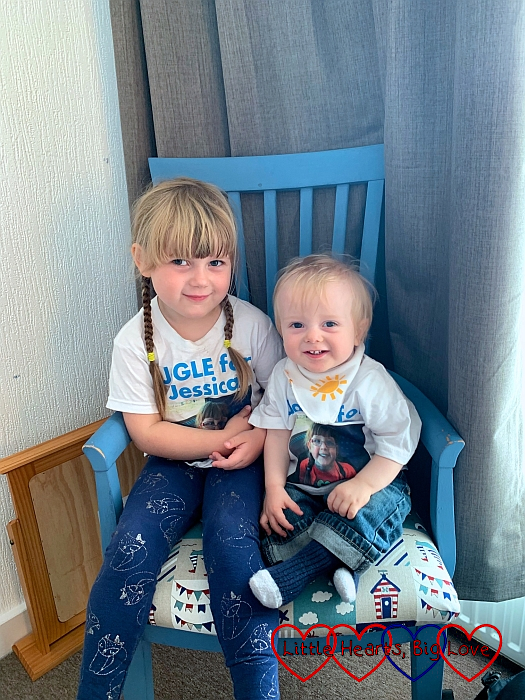 Last time, the girls were able to play together which helped keep them amused. The way they could help entertain each other to some extent made the long journeys a little easier. Thomas is too little to be distracted by games or sit and play with toys for very long. Sophie was good at helping to keep him amused, holding his hands a few times and walking up and down the carriage with him. And as lovely as it is to watch the way Thomas adores her, and how she takes great delight in his little milestones, there is always that realisation that this was not how it should have been. That there should have been a third member of this sibling trio who would have helped to keep both her siblings entertained on the journey too. And who would have delighted in the adventure.

And as always, we carried her with us. Forever in our hearts. And on the front of her siblings’ T-shirts. Part of the adventure whilst being so very much missed from it too. 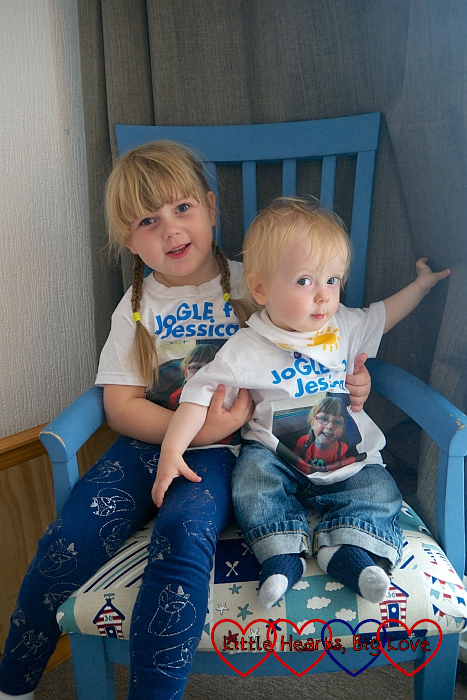 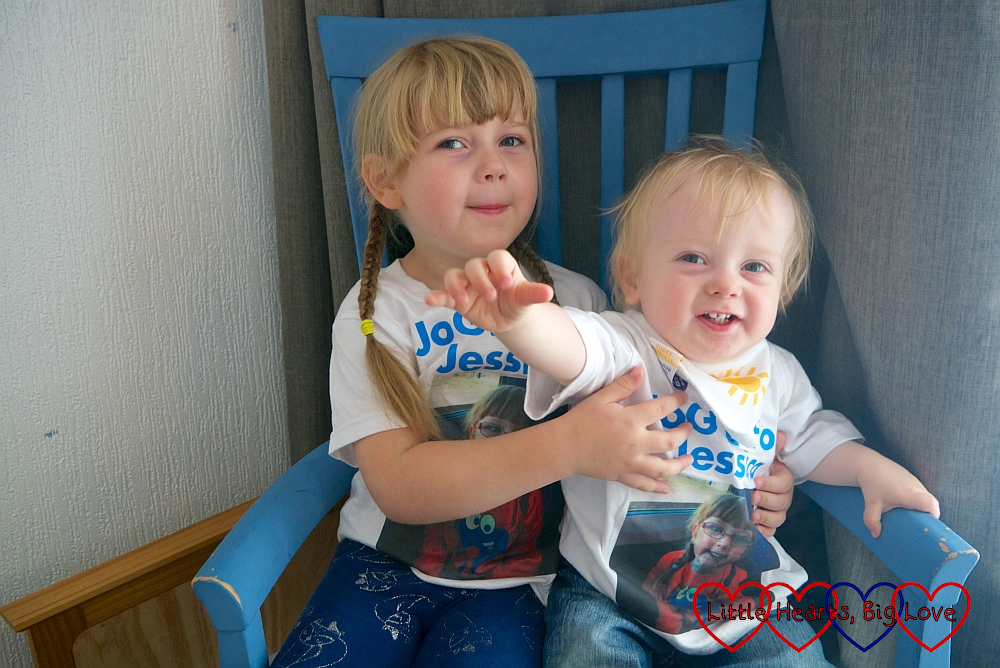 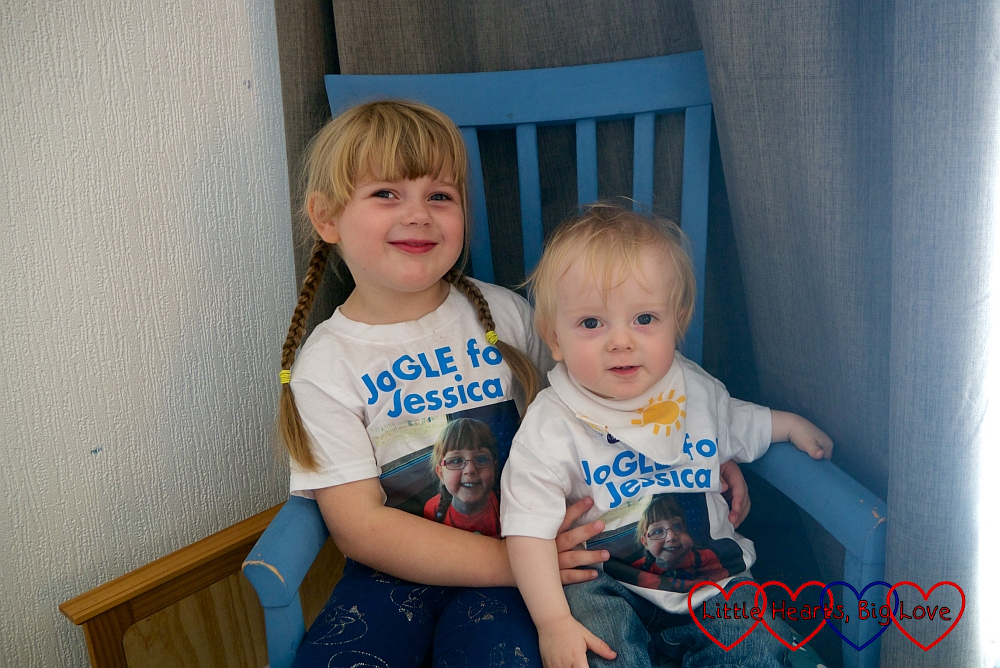