I’m a bit late with October’s Me and Mine post. It’s been quite a full-on busy month, especially during half-term and our monthly family photos ended up being quickly grabbed on the last day of the month! They’re not the best photos, but they sum up the reality of family life quite well – messy, imperfect but making the most of the moments when we’re together. 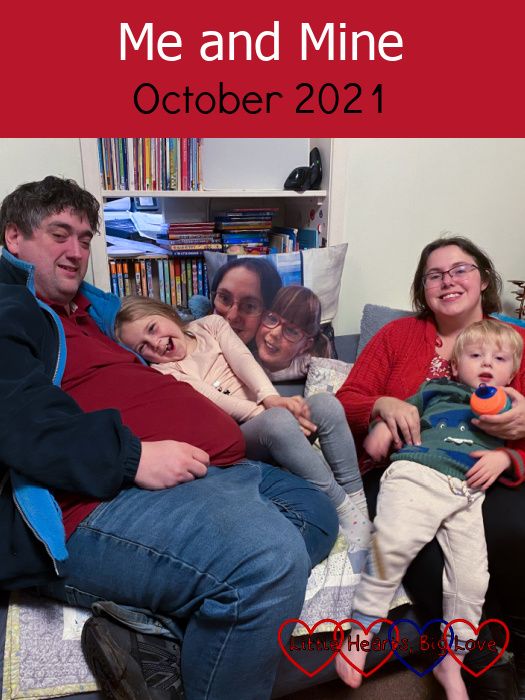 October has been quite an eventful month with lots of things going on. It’s Sophie’s birthday month plus she was also taking part in her first dance festival during half-term so it’s been quite an exciting time for her. I love that her birthday always falls in the October half-term break so we can spend the whole day focusing on her birthday. It worked out well with the dance festival too with the first two days she was dancing falling either side of her birthday and then her party taking place the day after the festival finished.

For Sophie, October has definitely been full of fun and excitement. She was thrilled to be awarded a silver medal for her song and dance duet, a gold medal for her tap solo and be placed third in the group dances. She’s worked so hard on her dancing over the last few weeks. We’re so proud of her for having the confidence to perform and for doing her best. Her birthday was “the best day ever!” as was the day of her party. We’d booked an outdoor birthday party and she and her friends had a wonderful time building shelters, playing games and making ‘smores over a fire pit.

Birthdays are, of course, quite mixed for us on the emotional front. There’s the joy of focusing on Sophie and making sure she enjoys her day, but there is always the ever-present sadness that Jessica is no longer here to celebrate with her sister. This year came with the realisation that Sophie has now celebrated as many birthdays without Jessica as she did with her. It’s another of the many tough milestones that are part and parcel of life as a bereaved family. 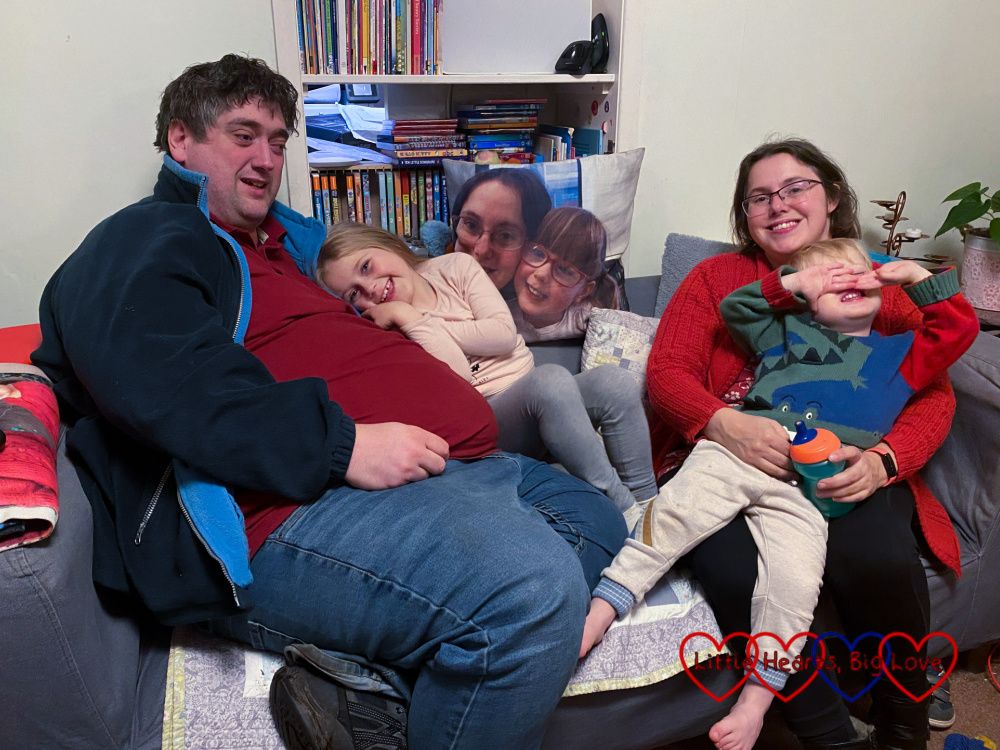 We did have the joy of being able to share Jessica’s story and tell people all about our wonderful, brave little girl earlier in the month though, when we were invited by Action Medical Research to attend their Dine with Davina event. It means a lot to be able to help other families by sharing our story, plus just having the space to freely talk about Jessica is such a precious gift.

It was also nice for my husband and I to have a day out together while Grandma enjoyed time with Sophie and Thomas. The first of three ‘dates’ that we managed to enjoy this month. We also managed to have an evening out at a 70th birthday party, as well as finally getting to see Hamilton in the West End. I booked the tickets nearly two years ago as a Christmas present for my husband. We’d were originally due to go in March 2020 – on the day we went into lockdown for the first time! It was so good to finally see the show and it was every bit as good as we’d anticipated.

We’ve also enjoyed a couple of family visits this month, with my mum coming to stay for a weekend, followed by my sister and her granddaughter the following weekend. Sophie absolutely loved having her cousin come to stay. It’s the first time she’s had a sleepover with another child of her age so that was a lovely little milestone moment for her.

October was certainly a fun-filled month. As lovely as that was though, I have to admit I’m hoping that November will be a little calmer before we move into all the build-up to Christmas in December.