It feels like quite a long time since this month’s photos were taken. For once I was organised and made sure we got our family photos in at the start of the month; knowing that hubby was going to be away in Australia for a large chunk of February. Usually the run-up to a big event is a hectic time at work with hubby working long hours, but this time we managed to have some proper family time together with a weekend away in Torquay just before he left. 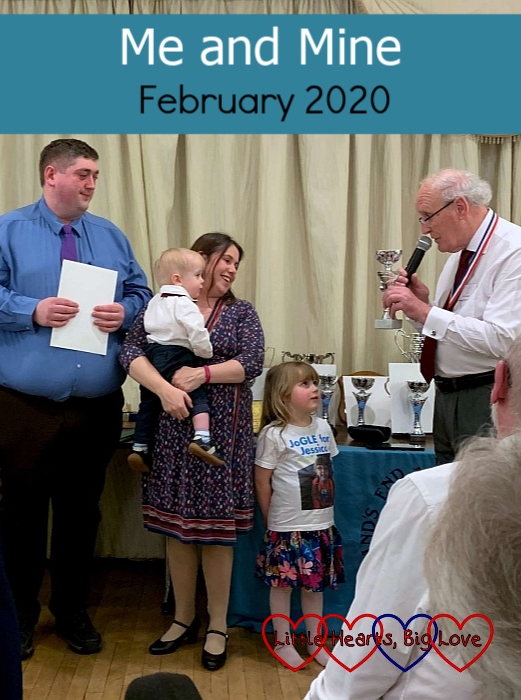 We were in Torquay for the annual dinner of the Land’s End to John O’Groats Association. We were last there three years ago with our girls and Sophie was awarded the Jack Adams-Richard Elloway Trophy for being the youngest person to travel from Land’s End to John O’Groats the previous year. Last year we did the journey in reverse in memory of Jessica – our JoGLE for Jessica – and Thomas was even younger than Sophie had been. He completed the journey at the age of one year and seventeen days and was awarded a Chairman’s Trophy for his achievement.

It was lovely to be back in Torquay but of course there was a lot of sadness there too, being back without our beautiful Jessica. What was lovely though was that people weren’t afraid to mention her and those who had met her on that weekend three years ago remembered her so well. She’d clearly had quite an impact on them but then that was Jessica all over. She was a little girl who brought sunshine wherever she went, and made people smile. 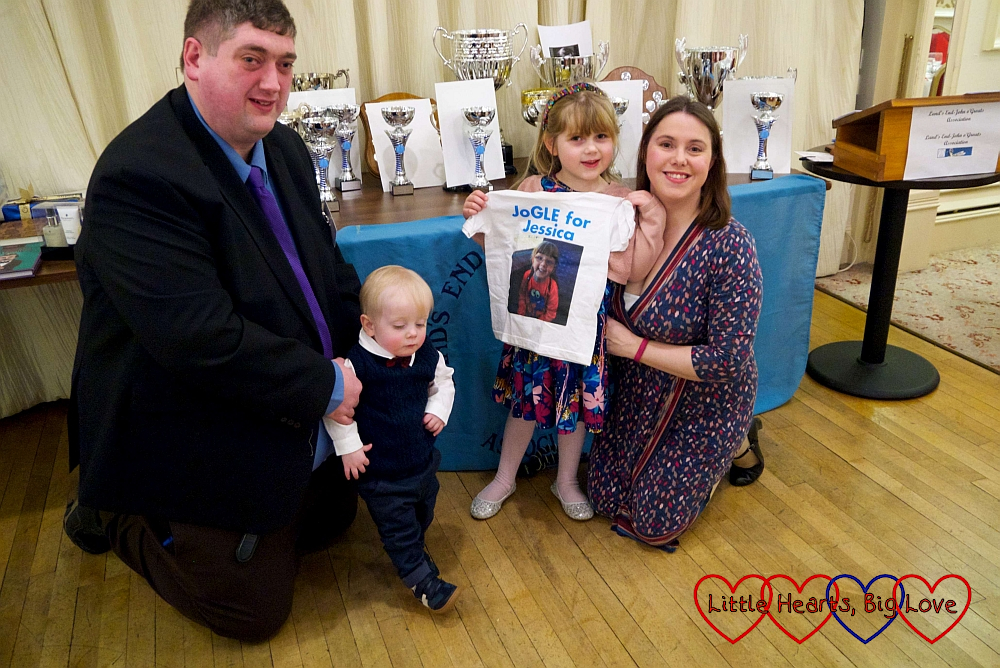 Our other family photo from this month was from the weekend before our trip to Torquay, when we took part in a snowdrop walk at West Wycombe Park organised by Child Bereavement UK. We planted some snowdrops in memory of Jessica and a couple of other little girls who also gained their angel wings too soon and were very much in our thoughts that day too. 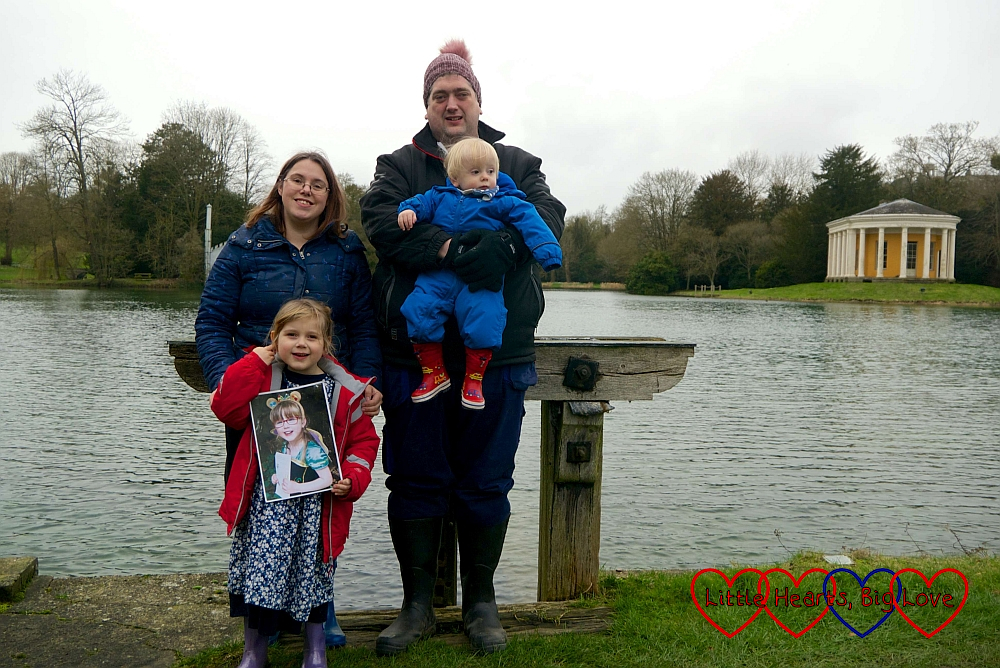