The thing I love most about the Me and Mine project is capturing moments and memories of the four of us as a family.  Looking back each month; seeing the little changes as the children get bigger and revisiting memories of the things we’ve done as a family.

Back in August last year, I shared three photos for my Me and Mine project. Three photos from our summer adventure – travelling from Land’s End to John O’Groats by train and bus. This month’s photos are from the Land’s End – John O’Groats Association annual awards which took place last weekend in Torquay. During the awards evening, new members receive their certificates and membership cards for completing the journey. Trophies are given out for particular achievements. 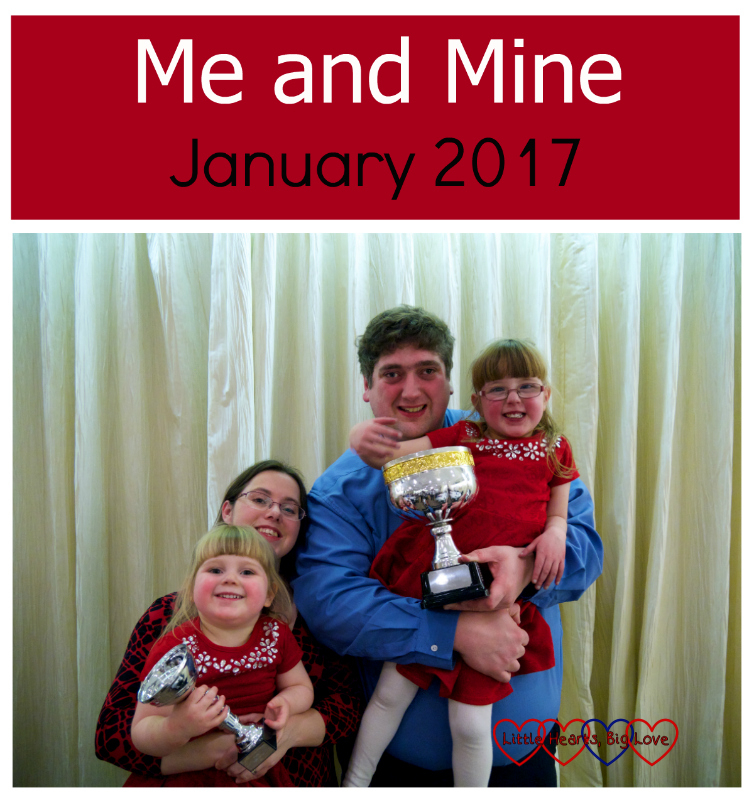 The Jack Adams-Richard Elloway trophy is awarded each year to the youngest person to have completed the journey by any means other than as a passenger in a motor vehicle.  Sophie was 2 years and 10 months old when she completed the journey last year and was this year’s recipient of the trophy.  We were presented with the big trophy for the evening. Sophie was also given a smaller trophy for her to take home. What was lovely was that Jessica also got to come up when Sophie was presented with the trophy. The girls were given a furry monkey hat each which they were very happy with.

Hubby and I enjoyed chatting to other members of the Association and hearing other people’s stories of their journeys from end to end.  It was a late night for the girls but they enjoyed themselves very much. We also took advantage of being by the coast and managed a trip to the beach over the weekend – something that is a very rare treat for the girls as we live about 90 minutes’ drive from the nearest beach. 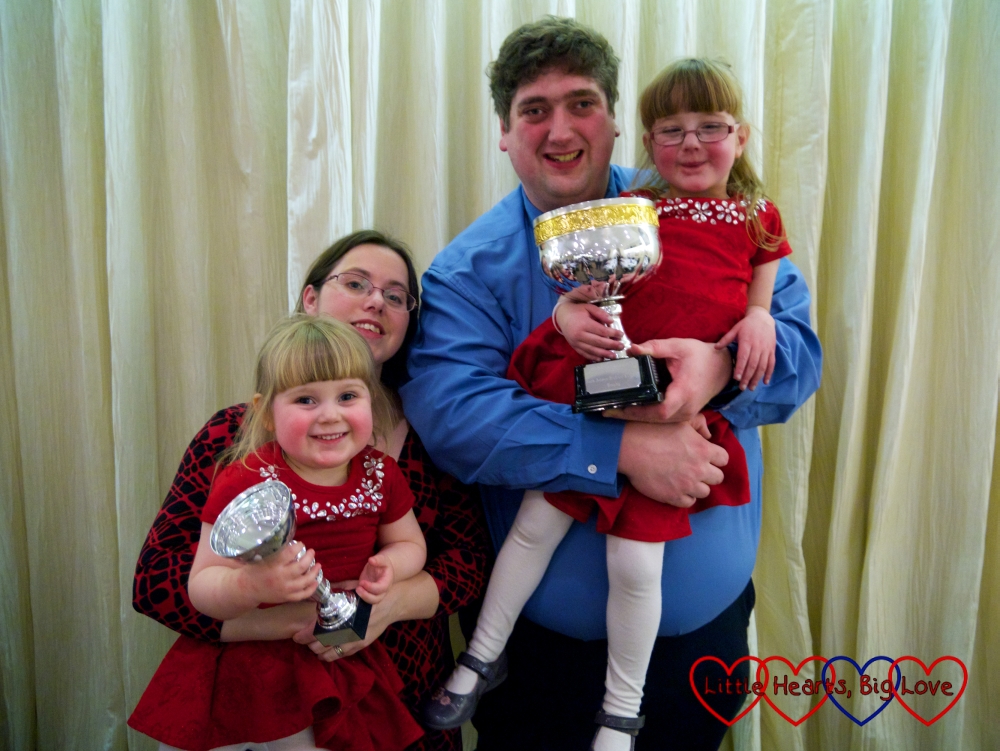 Reliving last summer’s challenge has also got us thinking about where our travels may take us to this year.  It’s fairly likely we’ll stay in the UK. There are lots of places that we’ve yet to visit that we’d like to at some point. We have a few ideas for a possible challenge. There’s nothing definite as yet but I am sure we will plan another adventure soon!