Like the gold postbox challenge, it all started with a throwaway comment. “Shall we keep going until we get to John O’Groats?” hubby said jokingly as we headed towards Birmingham for a weekend stop before going to Butlins. “No, it would take hours!” I replied – which prompted us to look up just how long it would take. This then led to me reading more about the various ways of travelling from Land’s End to John O’Groats – and this year’s family challenge was set. A journey from Land’s End to John O’Groats using public transport to get there and back again and raising money for Little Hearts Matter along the way.

Hubby’s work calendar can often change at fairly short notice so finding a suitable window of opportunity for the challenge to take place was our first hurdle. Then the next question – which way round to do it? LEJOG or JOGLE?

We spent a lot of time planning out potential routes in both directions, looking at places to stay en route and working out how far we thought we could travel in a day. We calculated that whichever way we did it, it would take us four days and four nights.

JOGLE was slightly cheaper but we would be starting off with an overnight journey on the sleeper train before a full day’s travel. Would we sleep well on the train? In the end, that decided it. We didn’t want to risk having a poor night’s sleep at the start of the challenge – if none of us slept well on the sleeper train, it would be better to leave it until the end of the challenge when hopefully we would be exhausted enough to sleep and if not, at least we were going home to our own beds!

The next step was to book our train tickets. We found that by using two railcards – the Family & Friends railcard and the Two Together railcard – we could get discounts on most of the journey. We also discovered that it was often cheaper to break up the journey into sections when buying the tickets, especially if we had to start before 9.30am – even though we were staying on the same train and in the same seats. It does mean that we have a lot of train tickets to cover the journey though! 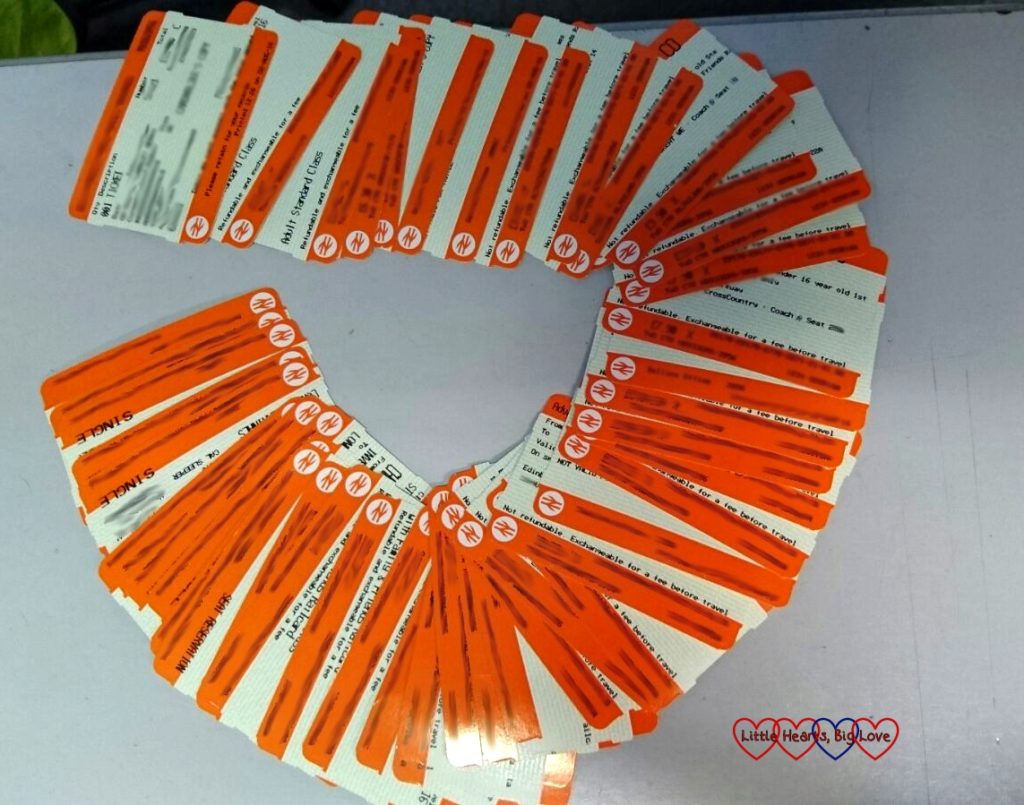 We’re hoping to complete the challenge in four days and four nights, breaking it up as follows:

Planning the journey from Land’s End to John O’Groats and preparing to log it has been a good excuse to buy myself a new journal which has handy pockets to keep tickets in and any necessary bits of paper in. 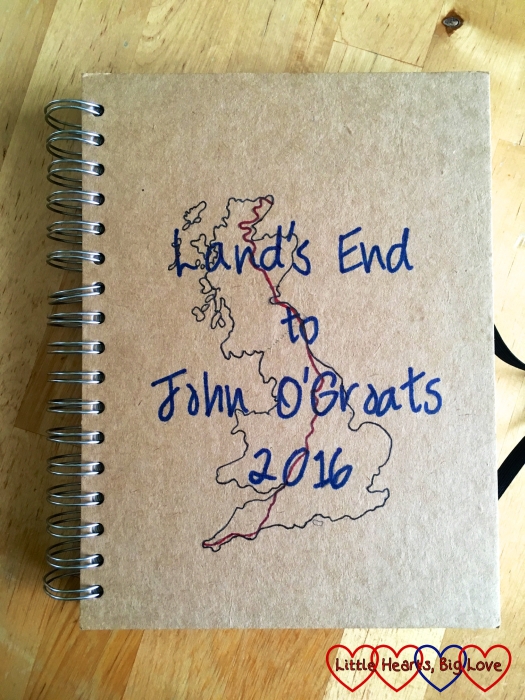 I think our biggest challenge will be trying to keep two small children entertained on long train journeys and for this reason we have treated ourselves to First Class tickets for the 10-hour journey from Penzance to Edinburgh (which we managed to get at a reasonable price) to hopefully make it more bearable for the girls (and us!) I have moments of thinking we’re crazy for even considering trying to do it but hopefully it will be fun!

We are doing our Land’s End to John O’Groats challenge in aid of Little Hearts Matter, a charity which is very close to our hearts. It helps support children like Jessica who have half a working heart, and their families. If you would like to sponsor us on our challenge and help us raise money for a wonderful charity, you can do so via our fundraising page.