I can’t quite believe I’m already at the halfway point with this pregnancy. The weeks seem to be going by very quickly. I’m now at the stage where I’m enjoying my pregnancy. I have a reasonable amount of energy and am mostly feeling quite comfortable. In all honesty, there are times when I almost forget I’m pregnant – especially with my girls keeping me so busy during the day! 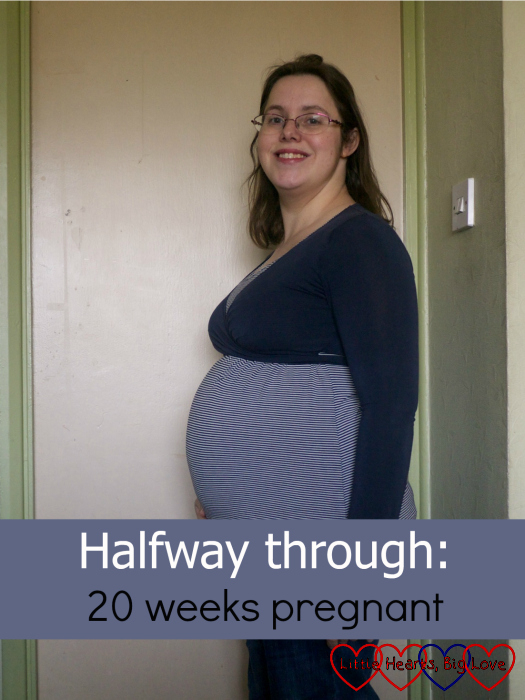 I’ve had two scans in the last couple of weeks. The first one was a heart scan to check Peanut’s heart. As I already have a child with a congenital heart defect (CHD), I have an increased risk of having another child with CHD. I was quite anxious about this scan, especially as hubby was away working on an event which meant I ended up going alone to the appointment. Thankfully, the scan showed that Peanut’s heart looks completely normal.

Having had a reassuring heart scan made me a little more relaxed when it came to the 20-week anomaly scan a week later. Peanut looks like he or she is developing normally and is just under the 50th centile size-wise at the moment. We chose not to find out Peanut’s sex so you’ll have to wait until he or she arrives to find out whether we’re having a boy or a girl! We’ve had a few people assume that we are hoping for a boy this time around which has made me quite cross at times. Having a healthy baby in my arms at the end of this pregnancy is what matters most, and we would be equally happy with a girl or a boy. 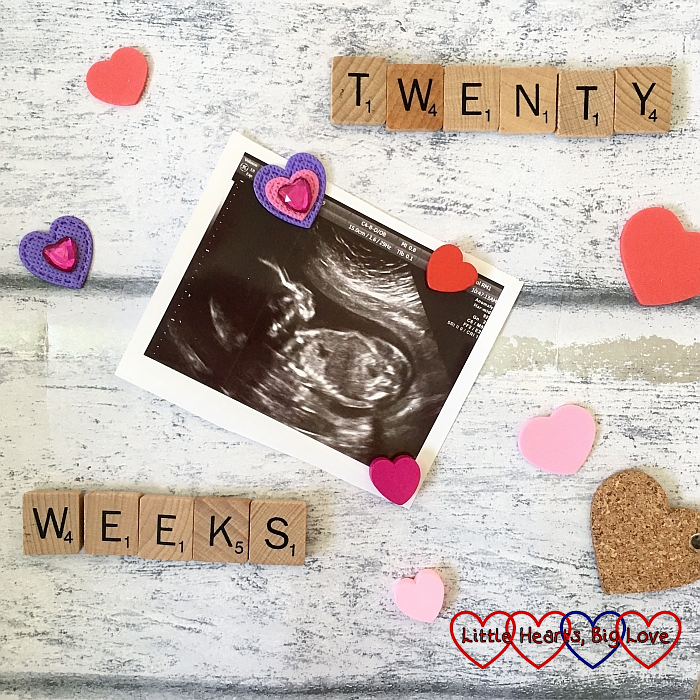 My baby bump is growing nicely! Size-wise, I seem to be a similar size to when I was pregnant with Jessica at this stage. Hubby has taken me shopping for some new maternity jeans and a couple of tops which will also be suitable for breastfeeding later on. It’s been nice to have some new clothes. I still have most of my maternity wardrobe from my previous pregnancies, but some of it is getting a bit worn out, particularly the items that were second-hand to start with.

I’ve been feeling Peanut’s movements for several weeks now. They’ve certainly become much stronger in the last couple of weeks though. It was quite nice to see Peanut moving away on the scan and to be able to feel some of the movements I was seeing!

It’s been good to have a decent amount of energy again after the exhaustion of the first trimester. I still find that I need to get a reasonably early night though and have become a lot better at listening to my body and resting when I’m tired – something I’ve generally been quite poor at! I’m sleeping reasonably well in spite of multiple trips to the toilet every night! The “elephant pillow”, as hubby calls my pregnancy pillow, is back in use and has been brilliant for helping me sleep more comfortably. We still have the girls climbing into bed with us quite a lot though. I’m being more firm when it comes to encouraging them back to their own beds though as sleeping in more cramped conditions is becoming increasingly uncomfortable, and my hips in particular can get quite sore.

I’ve not had any particular cravings although I’ve gone from being a coffee drinker to preferring tea, particularly Earl Grey or rooibos. With Jessica I had quite a sweet tooth whereas with Sophie it was all about savoury food. This time around, I like them both equally so far! It is nice to be enjoying food again. The reflux that I had in the first trimester has gone and thankfully heartburn hasn’t yet started to make an appearance.

I feel like I can relax a little now and enjoy things, especially now that we’re the other side of the two scans I was most anxious about. This is definitely the nice bit of pregnancy. I shall make the most of being able to enjoy it!

9 thoughts on “Halfway through: 20 weeks pregnant”