I have to confess that video games are not really my thing. The girls love playing games on Daddy’s PS4 though. With the exception of one or two games that we enjoy playing together as a family, it tends to be something that they just do with Daddy. We were recently invited to try out World of Warriors on the PS4. Would this be one of the few games to appeal to me too? 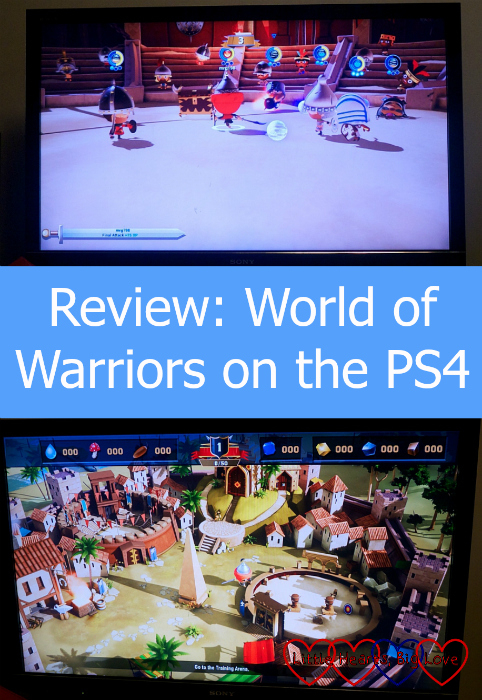 World of Warriors is a game where players collect a stable of warriors from different eras and build them up to fight against other warriors, in battles or in an arena setting. The graphics are child-friendly and cartoon style with a variety of cute-looking warriors to choose from. The choices are limited at first, with more warriors being unlocked as the player moves up levels. Each of the warriors has different skills, strengths and weaknesses and each belongs to an elemental class (fire/water/air/earth) with each element having extra strength against one other.

There were some training sessions at the start of the game to help get to grips with the different basic attacking and blocking moves for the starting warrior. Once we’d got to grips with the moves, we were ready to do battle. During the battles, players can pick up items to help them in battle, restore their health or collect items that can be used later to make potions and talismans. These can help strengthen the warrior in a variety of ways, for example by minimising health lost when attacked or making attacks more effective. In addition when hit the player can drop manna which can then be used to deploy special attacks. 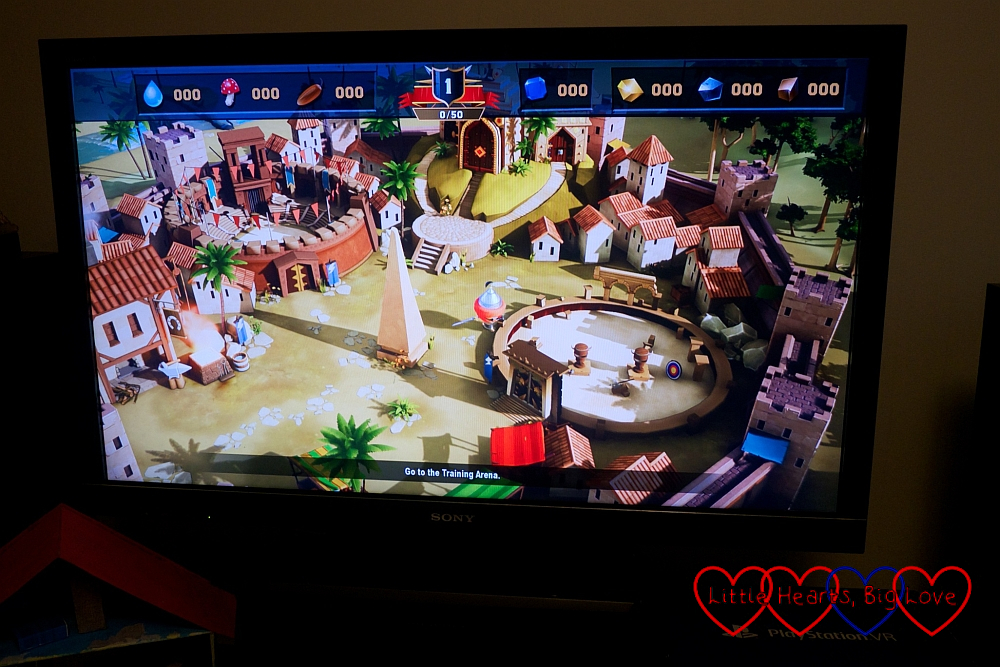 We played the game in single-player mode with our warriors battling against an AI enemy. Some matches were fought with 2 warriors against 2 AI players in tag team so it’s important to choose the sequence of warriors to play their strengths against the AI warriors. Others were a survival type mode where extra warriors would drop in every 15 seconds so you need to keep on top of knocking them out to avoid becoming overwhelmed. 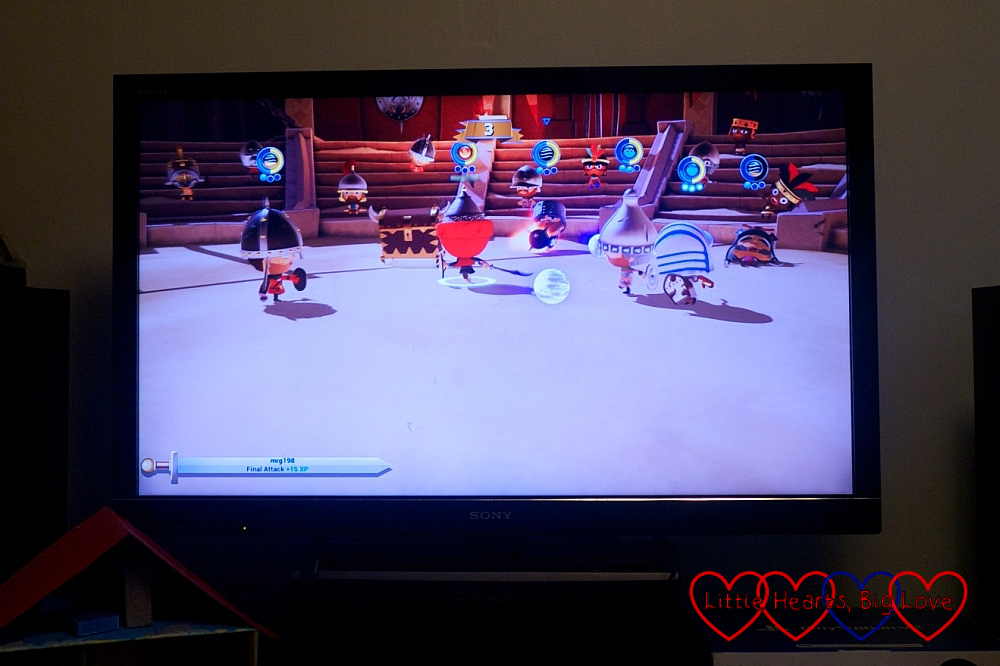 After playing for a while, we had amassed some of the required materials to make talismans (which you can then chose which warrior to equip) or potions for one-time use, such as to restore health, energy or manna. 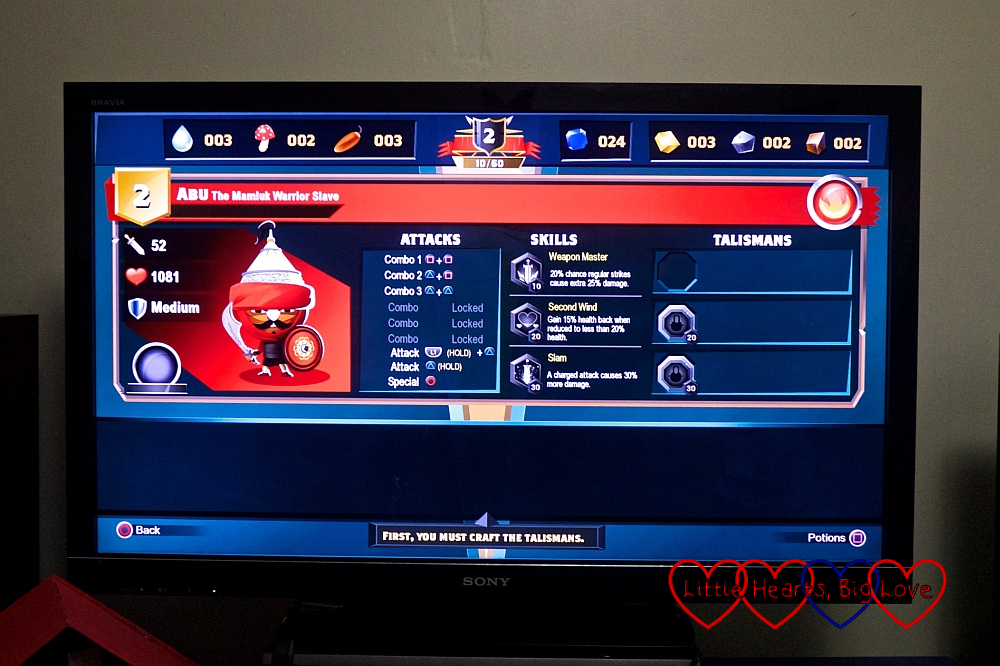 In addition to the single player mode you can also play co-op with a friend against online players 2 vs 2 although we weren’t able to get that working. I suspect this was because you may need PlayStation Plus for each player or to play solo against other players online.

Jessica was happy to mostly watch Daddy and Sophie taking turns to play the game rather than wanting to join in herself. I was quite impressed with how quickly Sophie got to grips with the game controls. She was quite excited when she managed to win a couple of battles. I have to admit she was much better at it than I was. I couldn’t quite get to grips with the combination of buttons I needed to press for various moves and very quickly ended up joining Jessica on the sofa, happy just to watch. 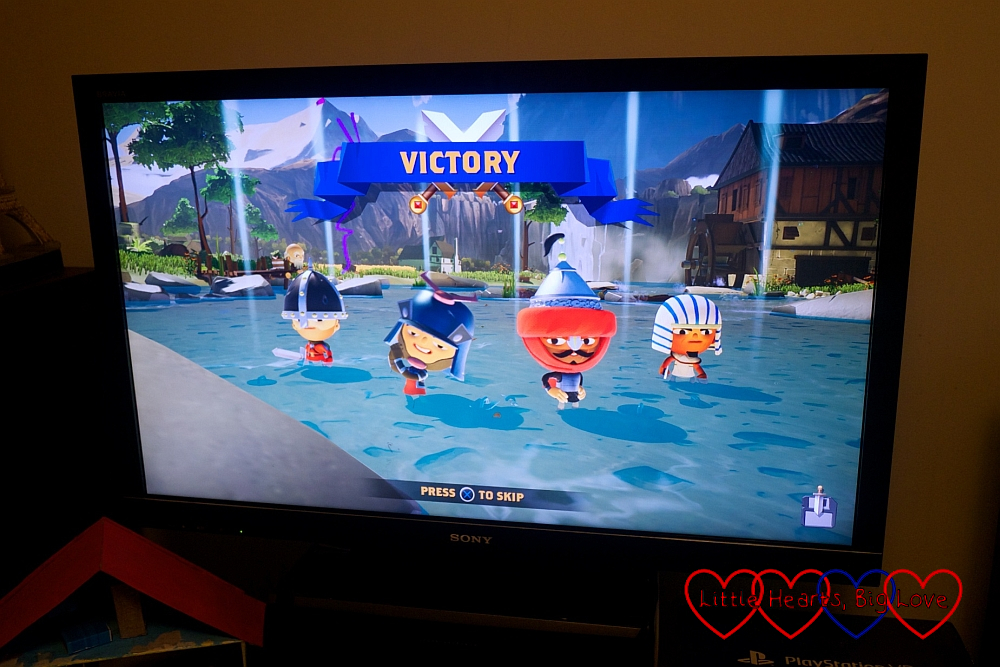 For hubby and Sophie, World of Warriors is a game that is fun to play in short bursts. The developers have tried to add some interesting factors such as the various elements which have strengths and weaknesses over others and the ability to level up your stable of warriors helps to add longevity. It wasn’t a game that particularly appealed to me, but it was fun to give it a try at least. I think the girls are still a little young for this kind of game though. The cute characters did appeal to them though and Sophie loved the World of Warriors backpack that we were sent along with the game code.

I received a code to install the World of Warriors game, and a promotional mailer containing a themed children’s rucksack and pen for the purposes of this review. All thoughts and opinions are my own.