I love doing treasure trails. They’re great for exploring places, help make a walk more interesting, work well for a variety of ages and are great value for money. With my twin sister and two nieces (aged 14 and 12) visiting, a treasure trail made for an ideal day out. We’ve done a couple of treasure trails before when my nieces have come to stay. Our previous trails have seen us explore Chalfont St Peter and Great Missenden. This time we decided to explore Eton with a treasure trail. 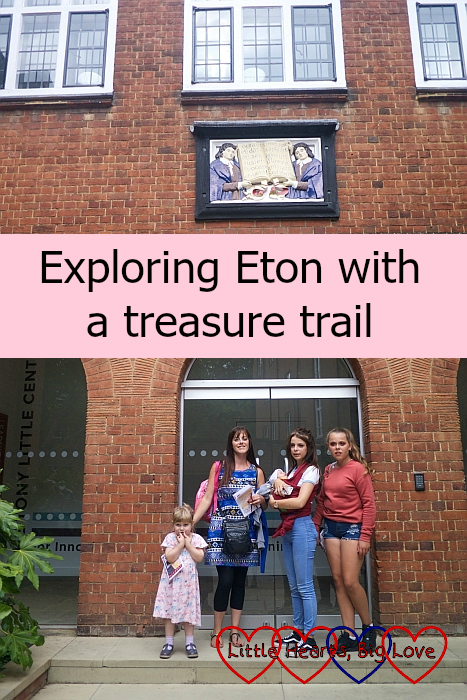 We parked near Windsor & Eton Riverside station and headed over the bridge into Eton High Street, looking out for clues along the way. Ebony, the eldest of my two nieces, was carrying Thomas in the sling. The girls were enjoying getting to have lots of cuddles with their new cousin. I think had I not been breastfeeding, I would have hardly got to hold him myself during their visit! 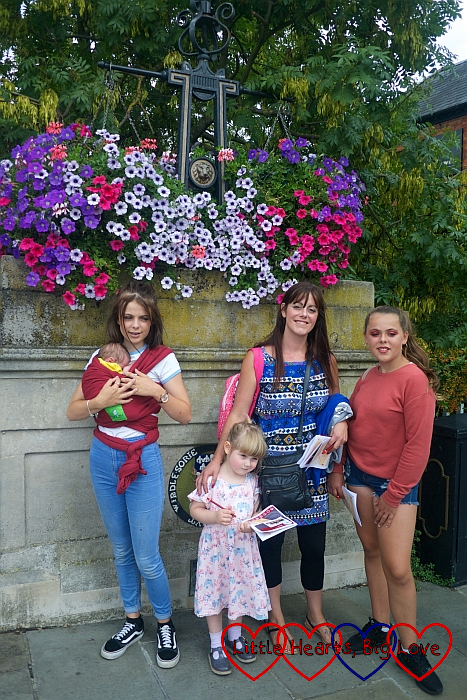 The clues on the treasure trail sheet are interspersed with directions on which paths to take, when to cross the road and details of landmarks passed along the way. This is always useful for helping you realise if you’ve missed a clue along the way. We had to retrace our steps a couple of times due to not spotting clues. Most of them were quite straightforward to solve. You can text a number to find the answers to up to three clues if you are struggling. We used this once to double-check a clue that we weren’t sure we’d got the correct answer to. 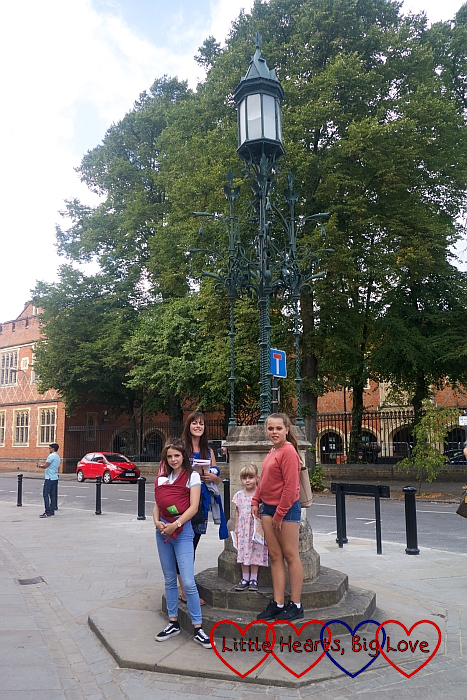 We’d packed a picnic but there weren’t really any suitable places to stop for the first part of the trail. Sophie was getting grumpy due to being hungry so we stopped along the High Street for some ice cream which helped to restore good tempers for a while. 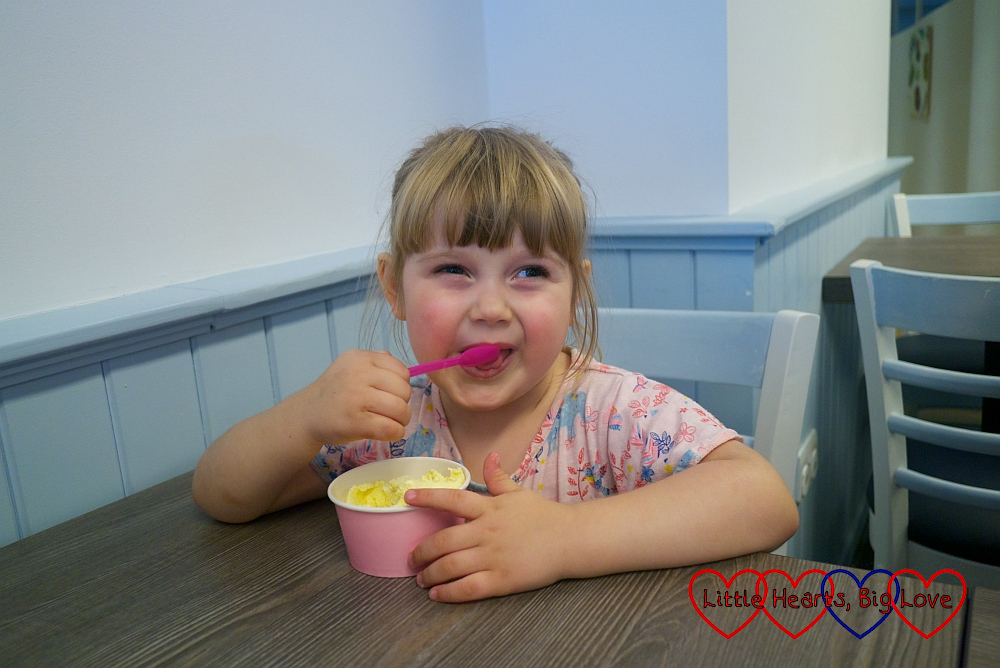 By the time we’d left the main roads and headed down the public footpath into the college grounds, the effects of the ice-cream we’re starting to wear off. It wasn’t the best location for a picnic but we stopped for a while anyway. Within a few minutes though, our picnic had attracted the attention of the wasps and so we decided to quickly move on. Sophie was happier for having had a few bites of sandwich at least. 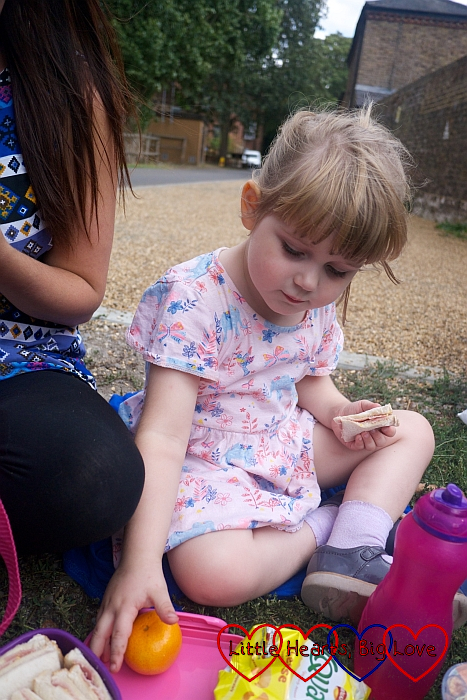 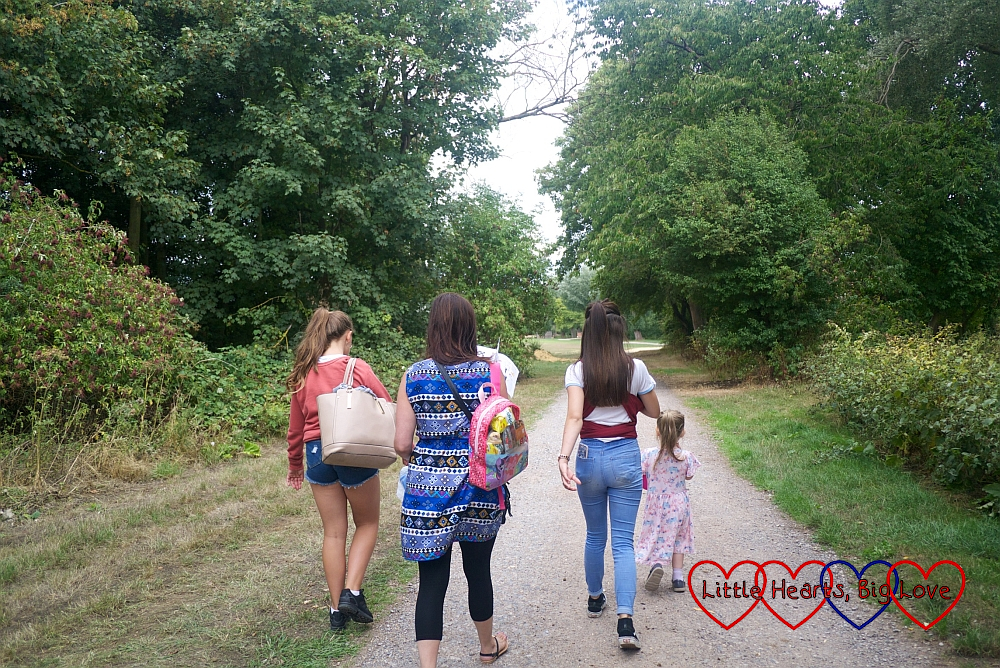 Past the playing fields and over a bridge, we stopped again for a second attempt at our picnic. Thomas was getting hungry at this point too. As I was just settling down to feed him, a very wet, very muddy, very friendly dog came bounding over to us to say hello. He was clearly quite interested in our picnic and somewhat oblivious to his owner’s attempts to call him away. Eventually he did head off with his owner but not before having a good shake and sharing mud splatters with us. Thankfully Thomas and I managed to avoid getting any mud splatters on us but the girls weren’t quite so lucky! We did manage to finish our picnic without any further interruptions once the dog and his owner had gone! 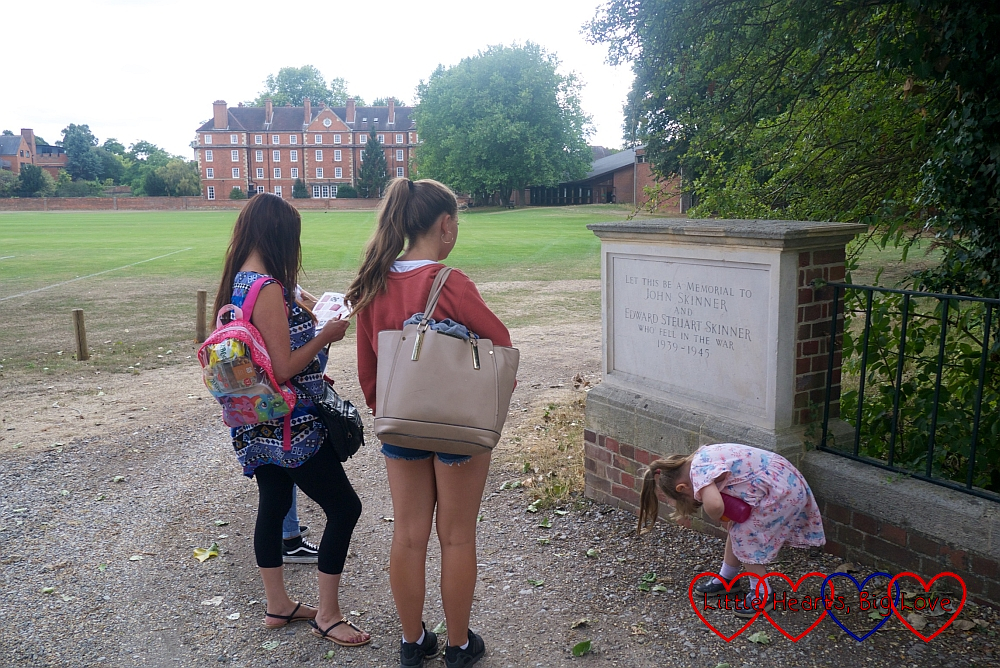 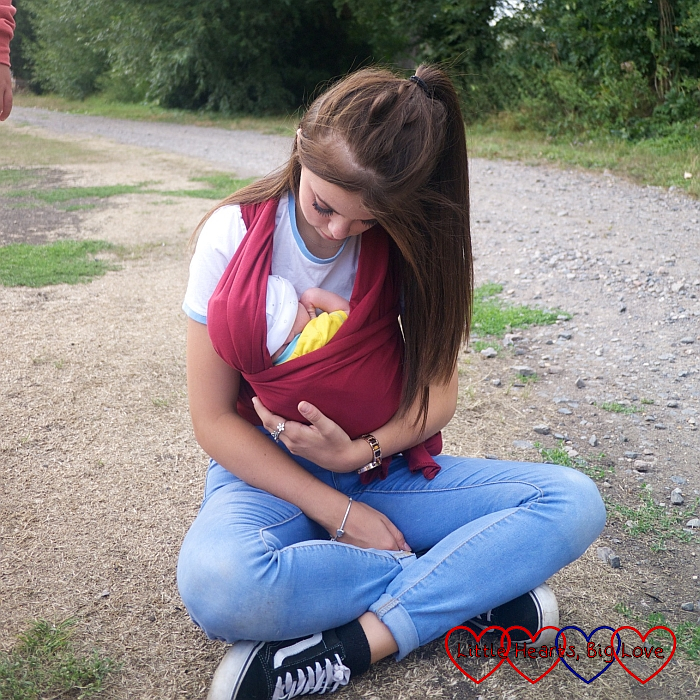 The walk around the college was quite interesting. The girls spotted a few doors with “Boys’ Entrance” signs and wondered where the “Girls’ Entrance” signs were. They hadn’t realised that Eton was an all-boys school, or that it was a boarding school. They had quite a few questions as a result of some of the things they spotted along the way which we ended up having to look up the answers to later on. I love how walks like this often make you learn new things. 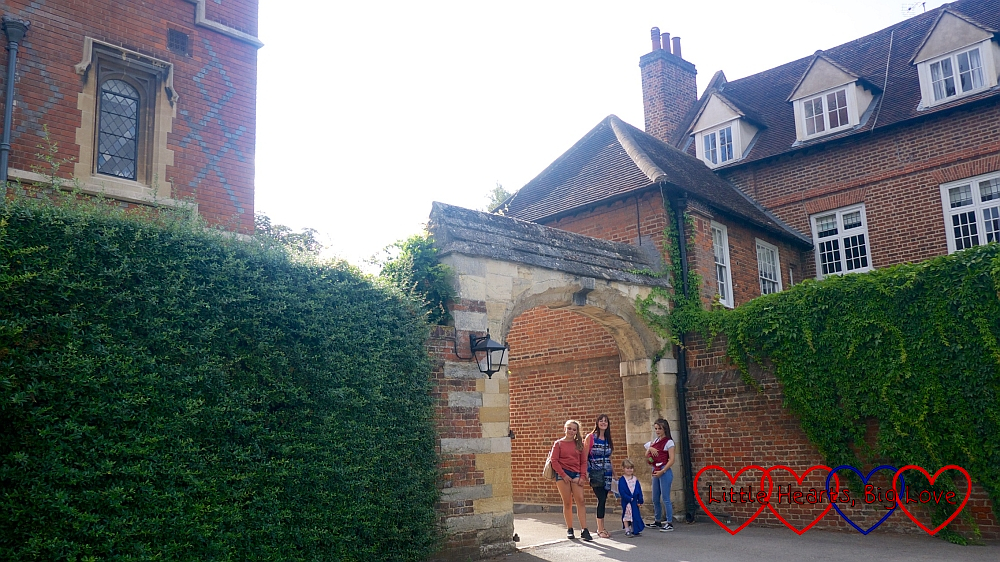 Towards the end of the trail, we spotted a gold telephone box. This was painted gold in 2016 in honour of ex-Eton pupil Constantine Louloudis who won Olympic gold in Rio as part of the men’s coxless four team. I wish I’d known about this phone box a couple of years ago. We spent three years visiting all the Olympic and Paralympic gold postboxes plus the gold telephone box on the Isle of Man and the two gold lock gates on the River Thames. Hubby and Jessica are in the photos with all of them. I would have loved to have added a photo of hubby and Jessica at this one to our collection. 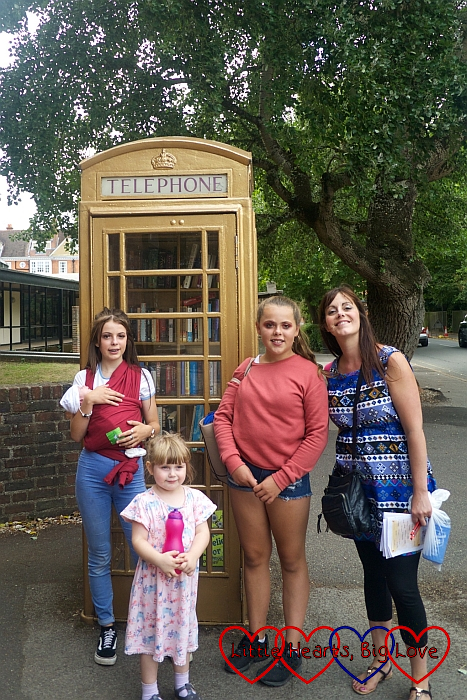 The trail route took us back to the High Street where we found our final clue and solved the puzzle. We submitted our answer online which entered us into a monthly prize draw for a chance to win £100. 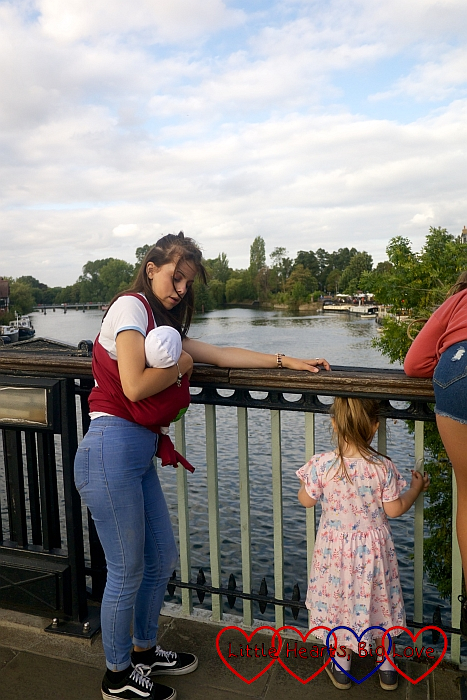 On our way back to the car, we also managed to find a geocache. It was the first time my nieces had come across geocaching. Maybe that’s an activity to try the next time they come to stay.

16 thoughts on “Exploring Eton with a treasure trail”