During the London Olympics back in August 2012, Royal Mail announced that each gold medal winner would have a postbox painted gold in his or her home town. At the time, we didn’t really take much notice of this until a photo appeared on Facebook of Jessica’s godfather Bryan standing next to a gold postbox and challenging his friends to see who could visit the most. With a trip up north for a friend’s wedding planned followed by heading to Scotland to visit another one of Jessica’s godparents, hubby and I realised that we could fit in quite a few of the Olympic postboxes on our journey and so started our quest to visit them all. 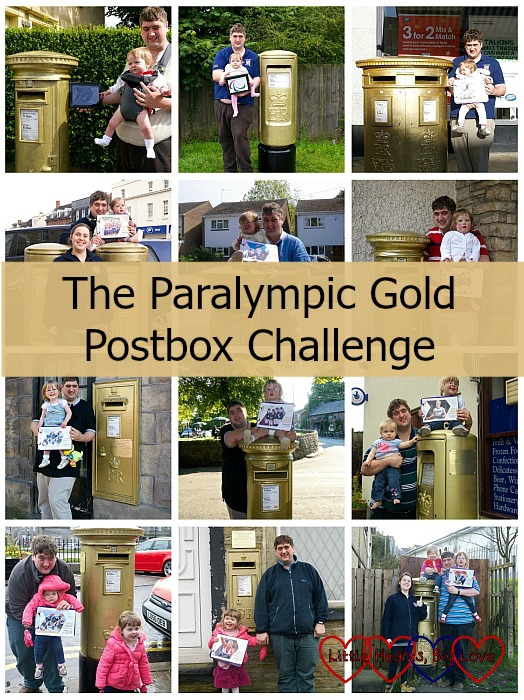 The Paralympics hadn’t even started when we found our first gold postboxes which was a little frustrating as we discovered that the ones in Scotland were along the route we had originally taken on our first trip. It’s taken us three years but we have finally managed to visit all 46 Team GB Paralympic gold postboxes and 64 out of the 65 Olympic ones (just one more left on the Isle of Man and we’ll have completed the set!). Here’s where our travels have taken us: 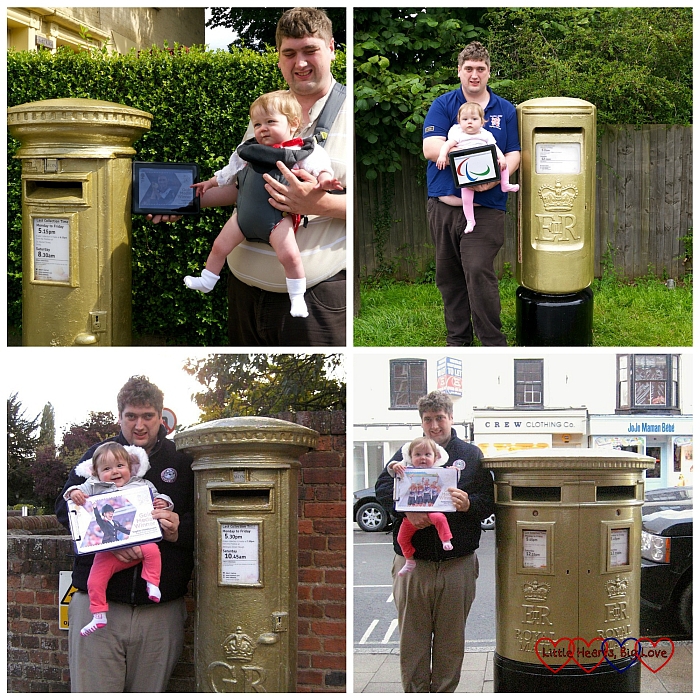 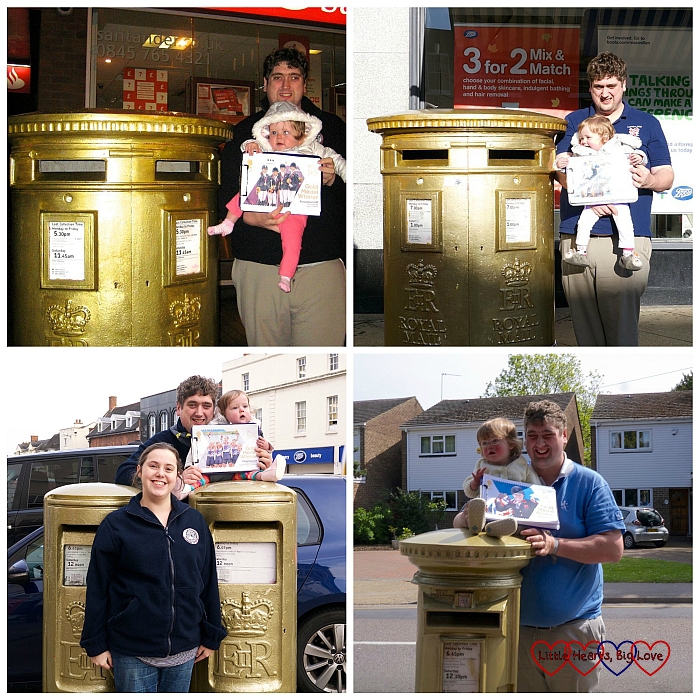 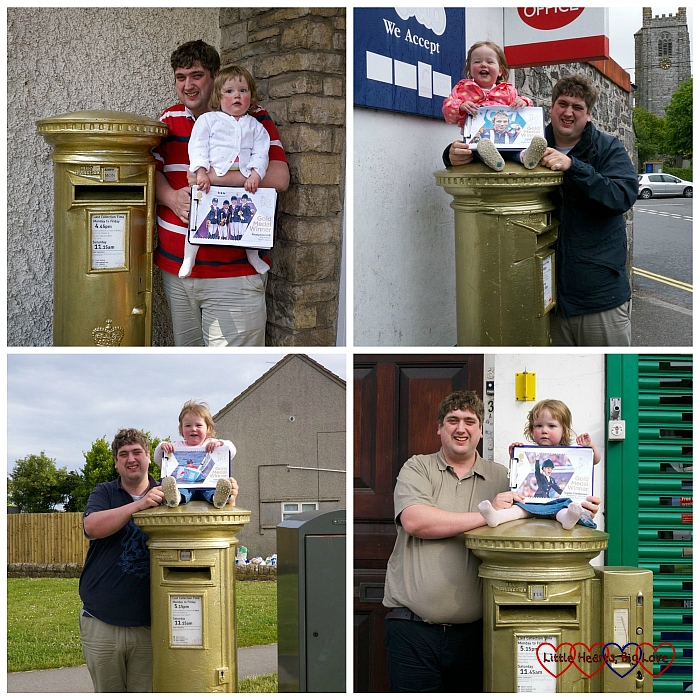 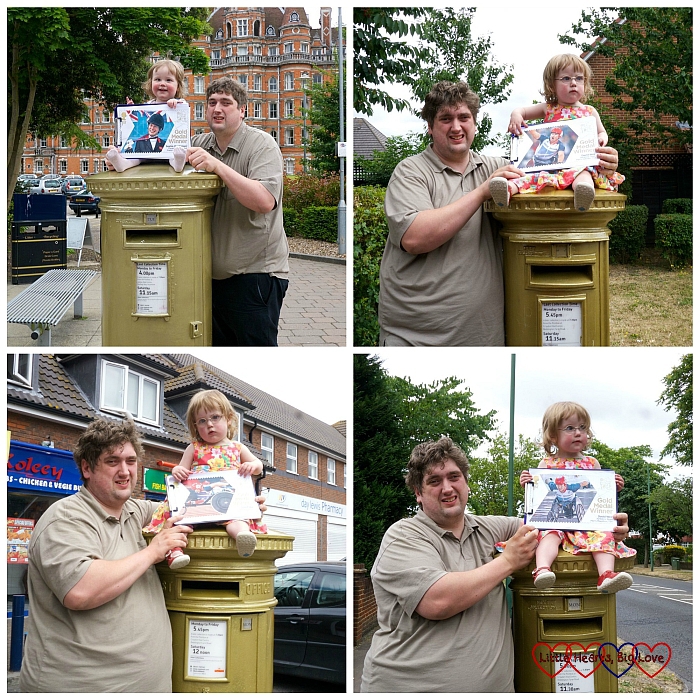 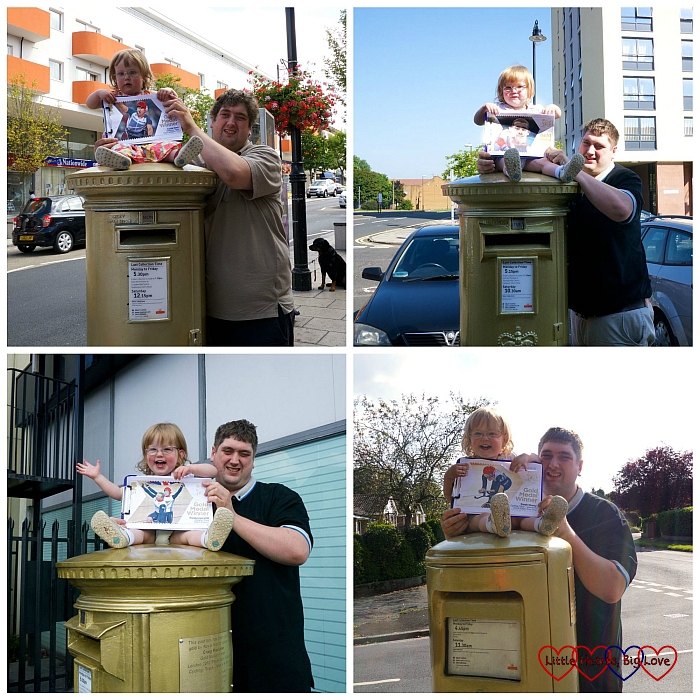 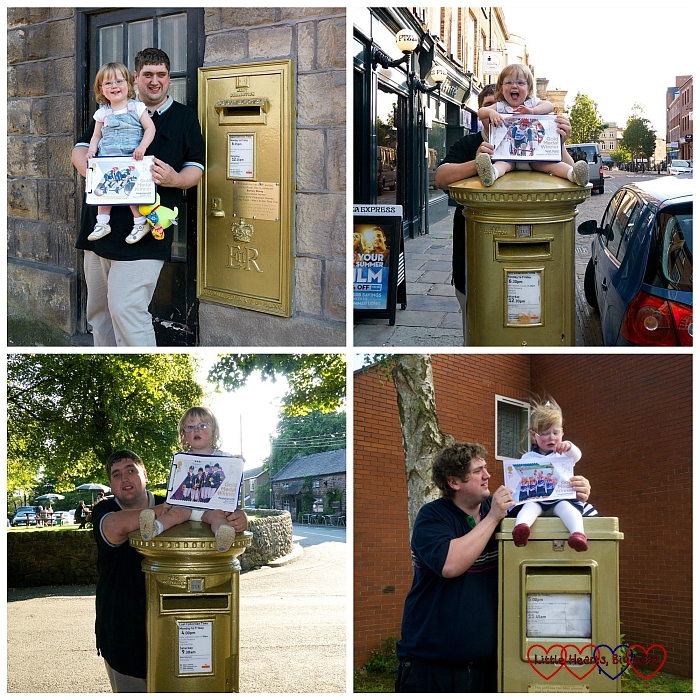 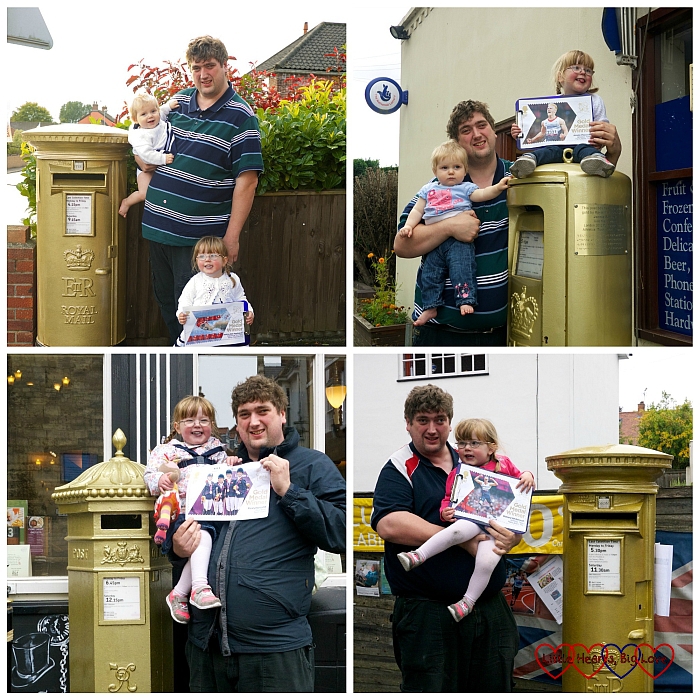 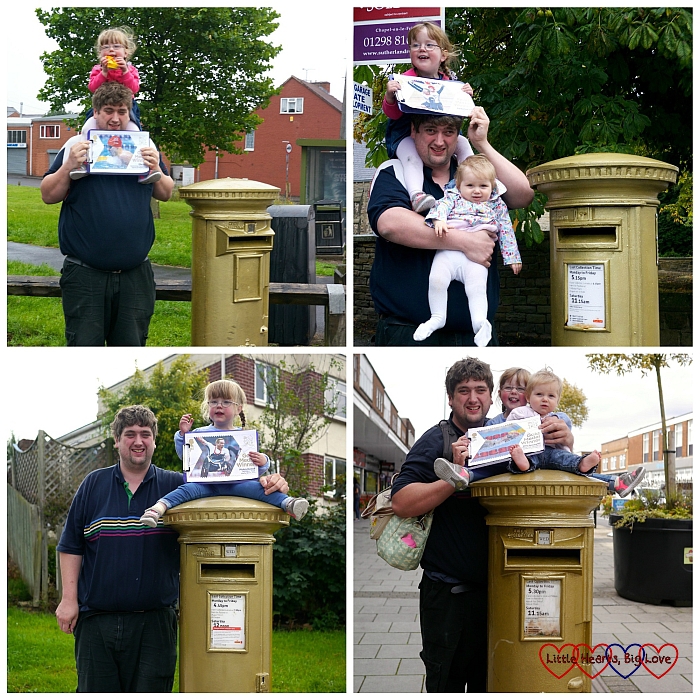 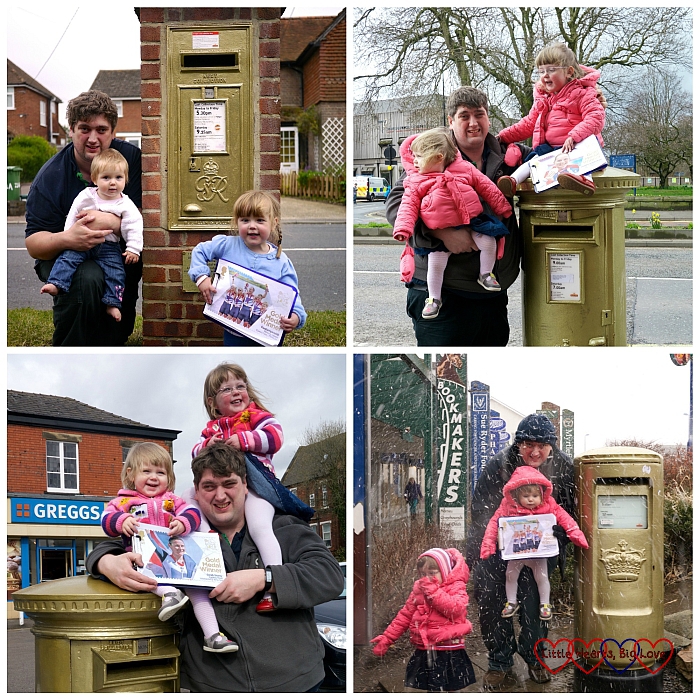 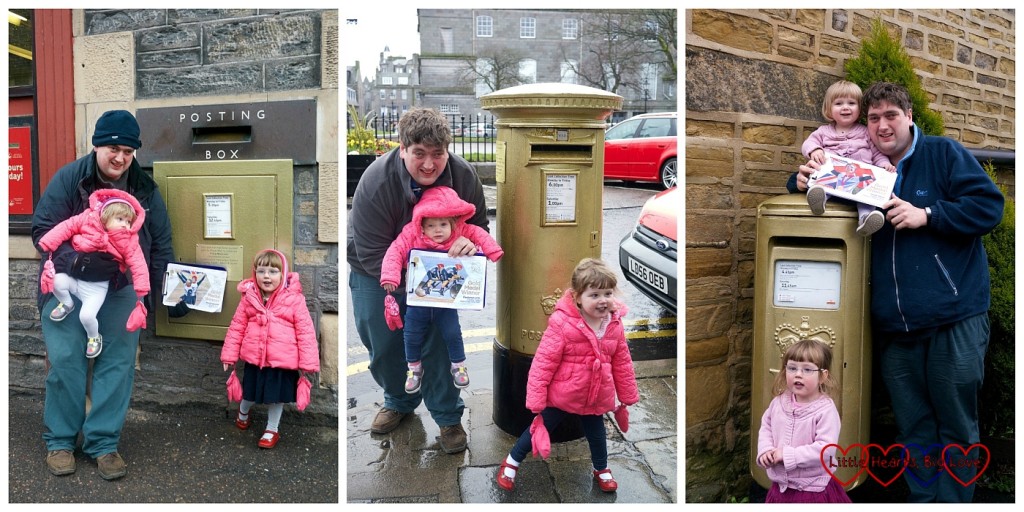 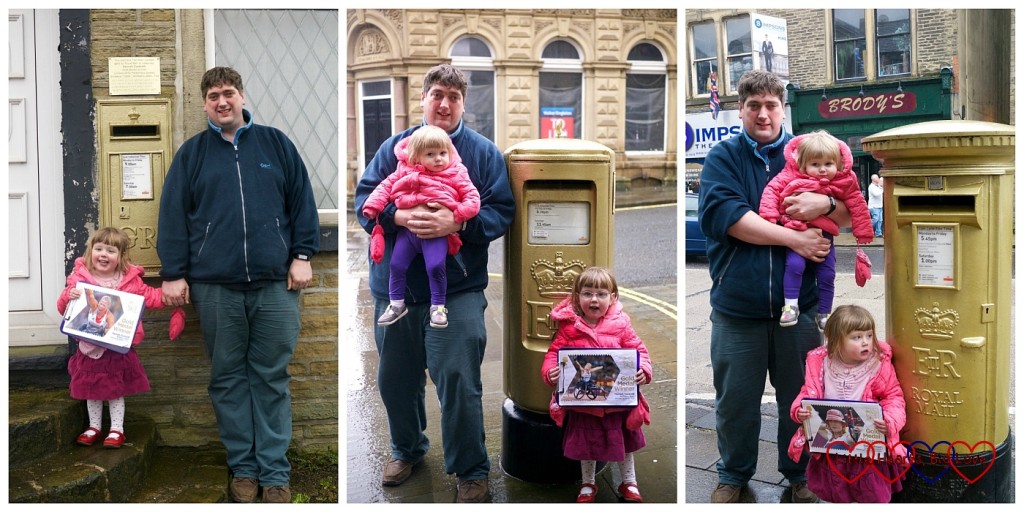 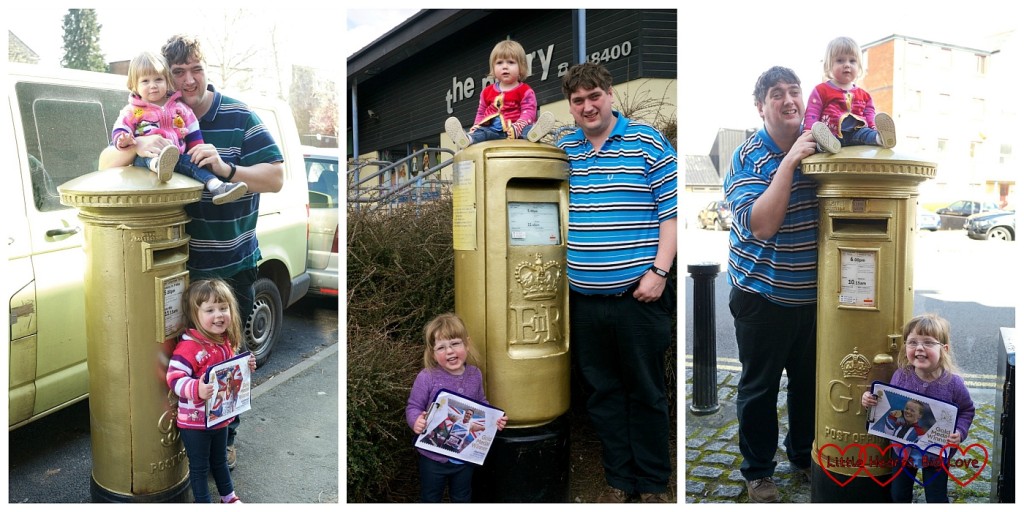 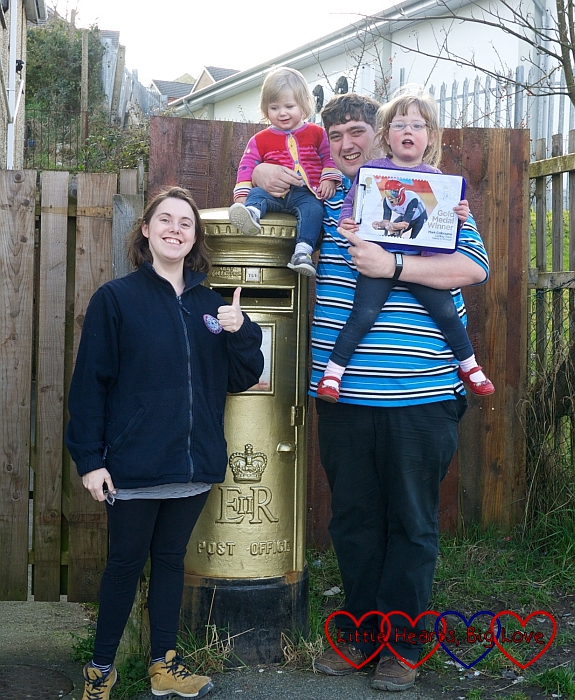 One of the lovely things about looking back over the challenge is seeing how Jessica has grown since we first started it just before her first birthday. By the halfway point, she had got quite used to visiting gold postboxes and sitting on them whilst holding a sign and waiting for Mummy to take a few photos. Then we have the arrival of Sophie in the photos – firstly as a baby and then towards the end it is Sophie who is often sitting on the postbox (Jessica having now become aware that she could potentially fall off and therefore much less willing to sit on the postboxes!)

It has been a great way to help plan our holidays around the country and we have visited so many places that we probably would never have been to had it not been for taking part in the challenge. I have to say though, I am quite looking forward to the prospect of having a holiday that doesn’t involve having an epic road trip around the country!