It all started back in August 2012 – just a few days into the London 2012 Olympics, with our friend Bryan posting the following Facebook status: 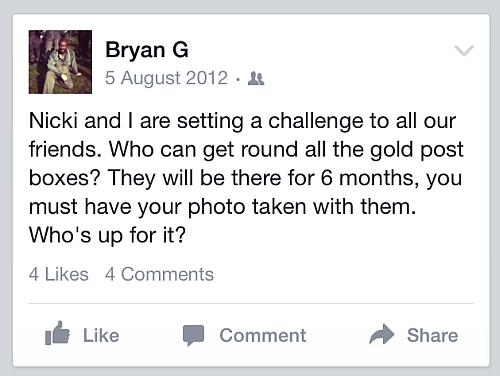 I don’t think it crossed my mind to take part in the challenge when I first read it though. It wasn’t until hubby and I were planning a late summer break a few days later – starting in Sunderland and then heading further north to see the pandas in Edinburgh Zoo and visit a friend of ours in Glasgow – that the idea of looking for the gold postboxes really started to take shape.

“You’ll probably think this sounds crazy,” said the hubby, “but I’ve been looking at the gold postbox map…”

“…and seeing as we’re going that far north anyway, we might as well see if we can find some of them!” I finished, already anticipating what he was about to suggest.

Yes, it sounded crazy, but it also sounded like fun. Little did I know quite what we’d started! 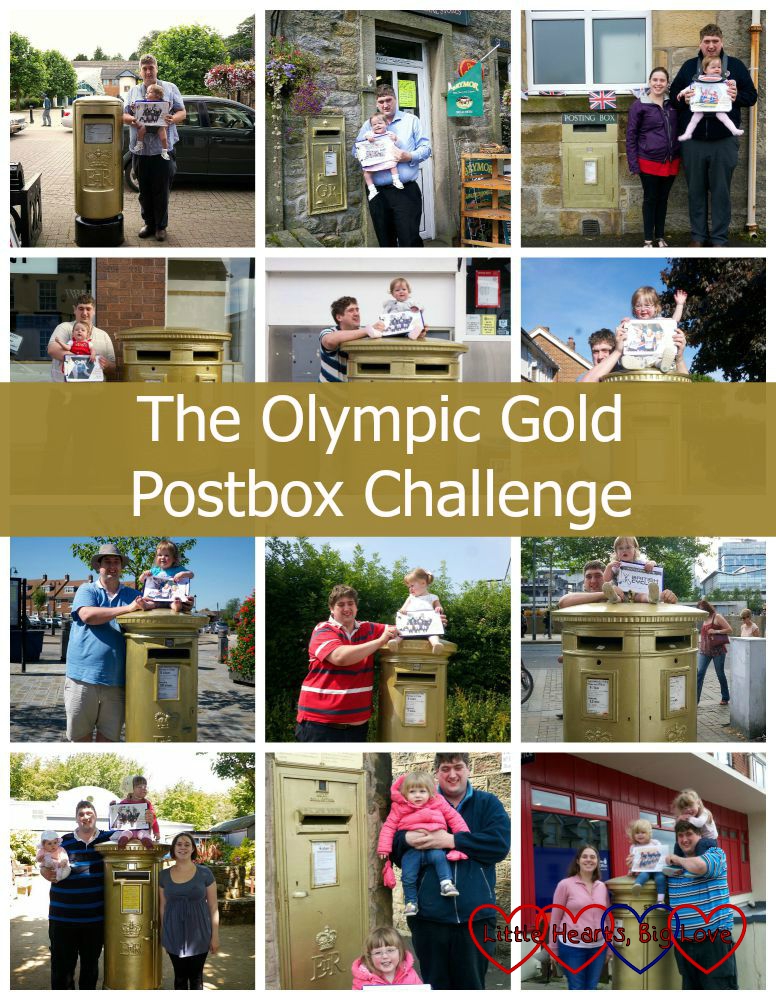 By the end of that trip, we’d found 26 of the Olympic postboxes. The Paralympics started a few days into our holiday and we managed to visit a couple of the postboxes for these as they began to appear. Our challenge was to find the Olympic postboxes though – finding the Paralympic ones was a bonus at that point – but we were already determined that we would find as many as we could.

Over the next couple of years, the gold postbox map became our first point of reference when deciding where to go on holiday – if we could visit any postboxes on the way, we would do so. We would spend a day out for a drive, finding the postboxes within a reasonable distance of where we lived. We took a day trip to Sark during our holiday to France in order to visit the gold postbox there and finally managed to visit the Isle of Man last week. We have also managed to visit the two gold lock gate controls on the Thames that were painted in honour of the London 2012 gold medallists and found a gold-painted phone box on our travels too!  We even managed to get on air during Simon Mayo’s drivetime programme on Radio 2 with a request for Spandau Ballet’s “Gold” in celebration of finding our final gold postbox!

After almost three years, and a journey that has taken us the length and breadth of the country, our gold postbox challenge is complete. 110 golden postboxes visited in total – 65 for the Olympics and 46 for the Paralympics (which adds up to 111 but the postbox in Wilmslow is for Victoria Pendleton (Olympic gold medallist) and Craig MacLean (Paralympic gold medallist) and so appears in both lists).

It has been a bit of a crazy challenge, but we have travelled to parts of the country that we probably wouldn’t have visited otherwise and have had some wonderful moments doing so. Looking back over the photos has also been a lovely way of seeing how our family has grown and changed since we started the challenge – Jessica was just eleven months old when we visited our first postbox and Sophie didn’t arrive until well over a year later.  It’s been fun, and we’ve had an amazing time – but how are we going to choose where to go on holiday now that it’s over?

Here is the list of where our Olympic postbox travels have taken us: 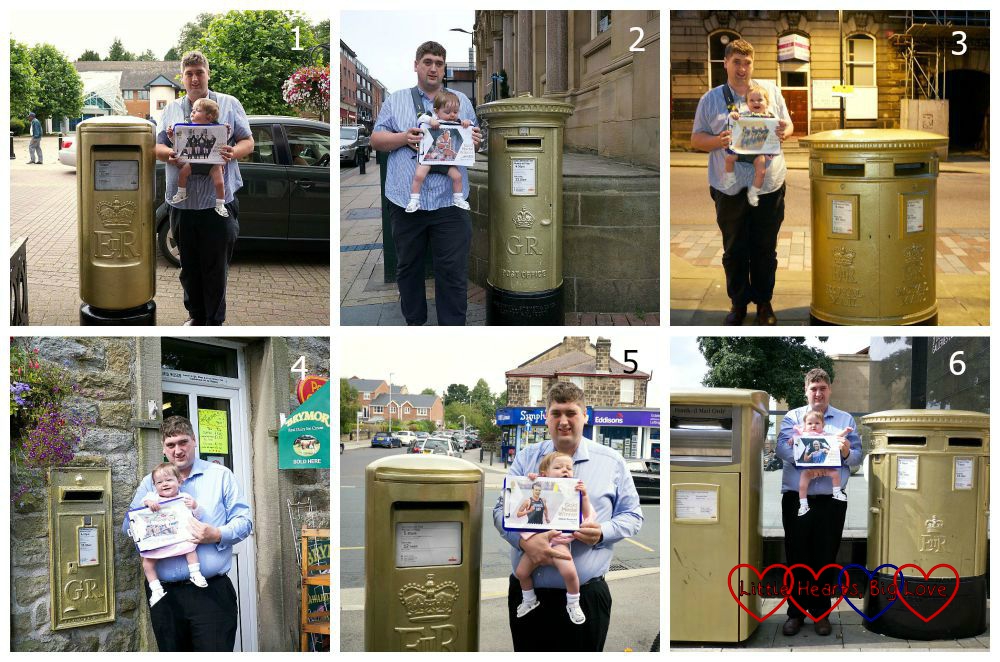 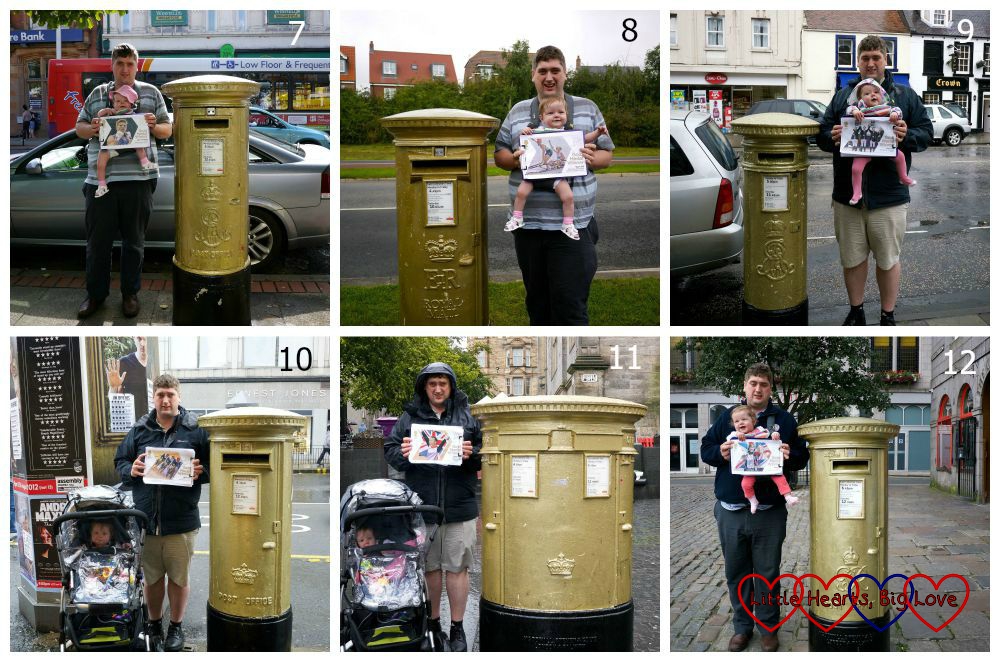 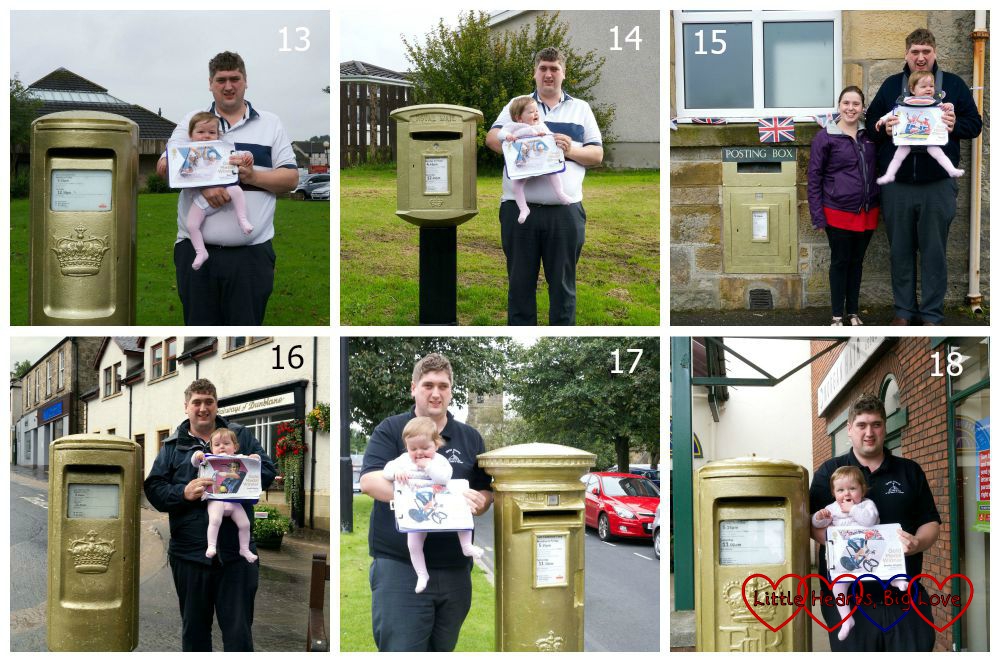 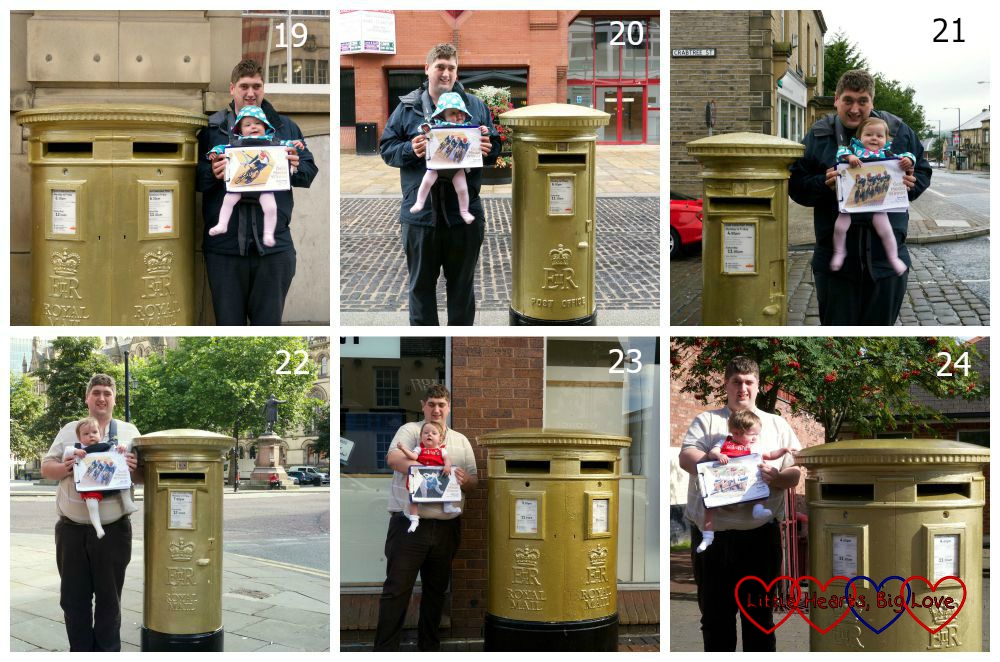 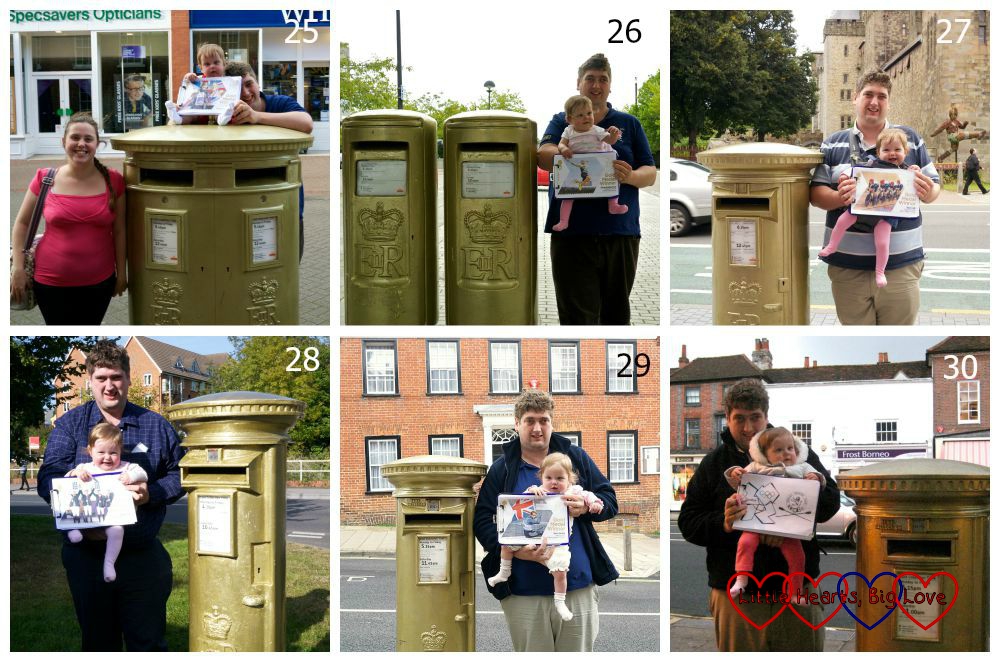 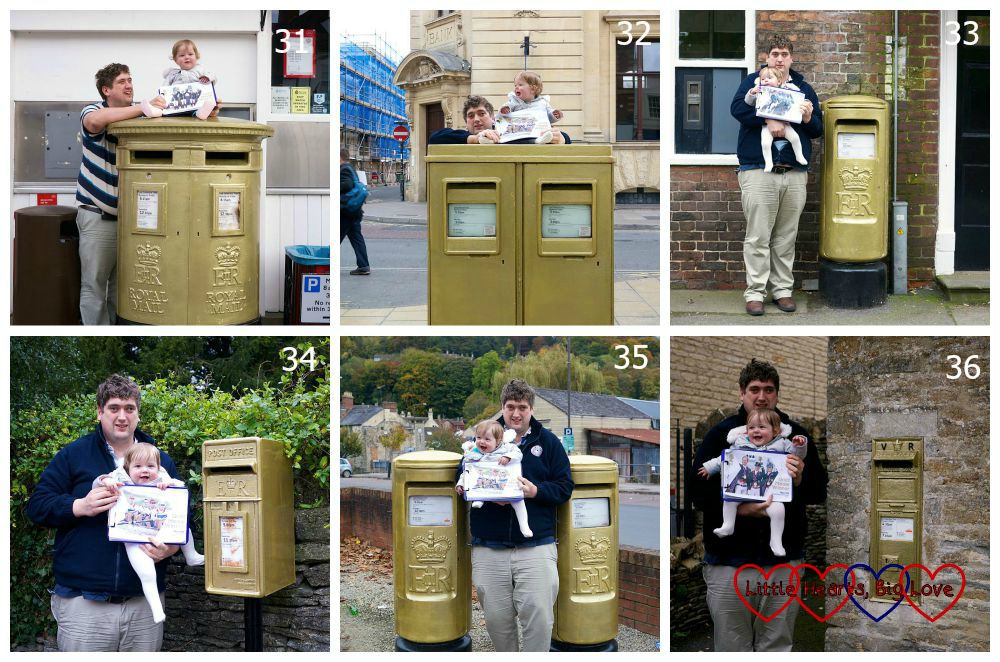 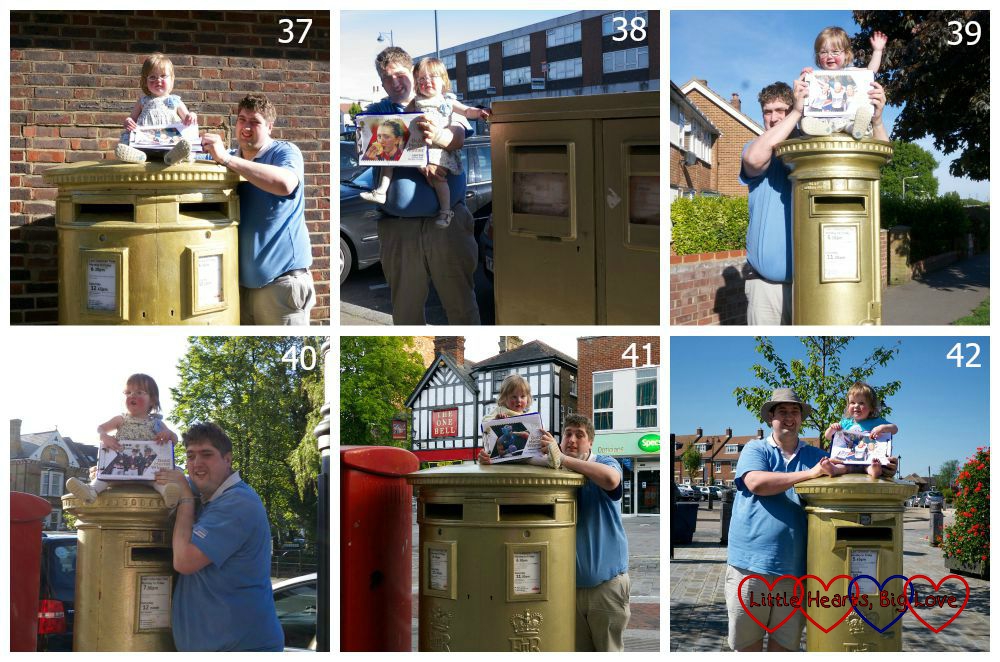 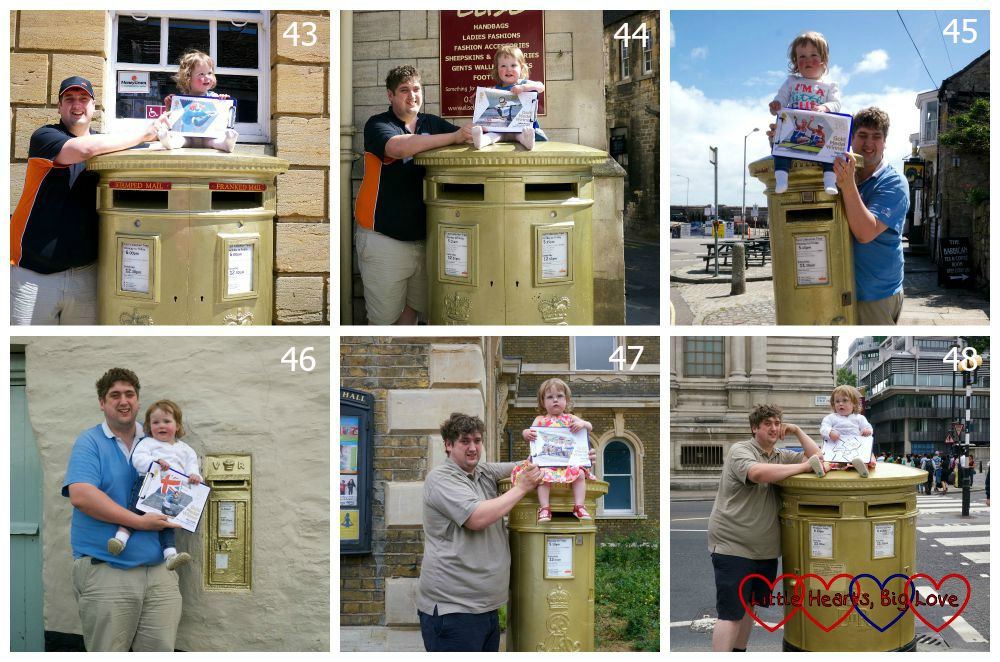 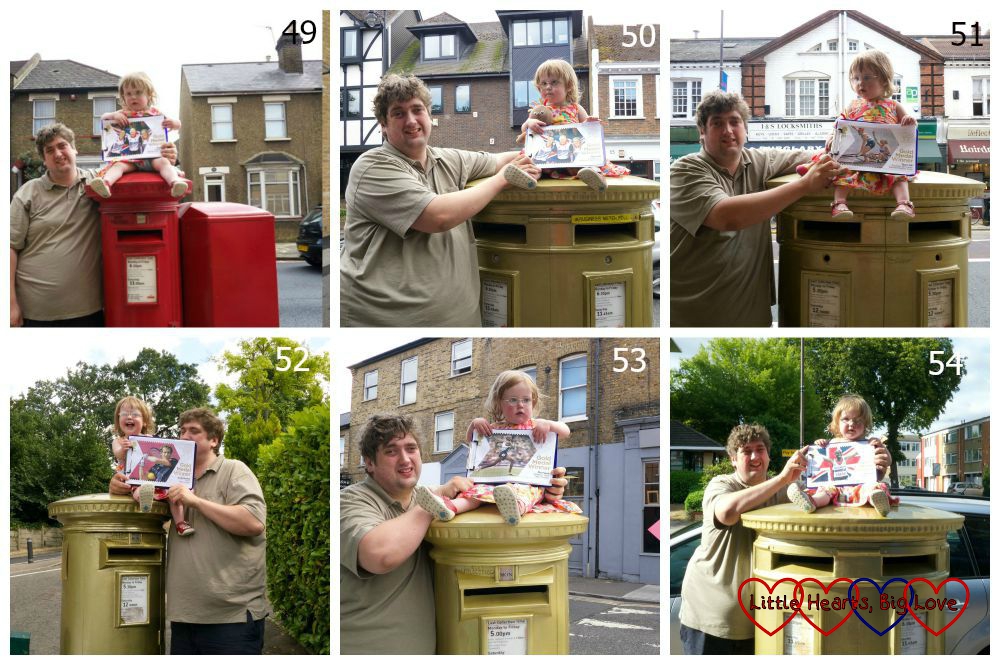 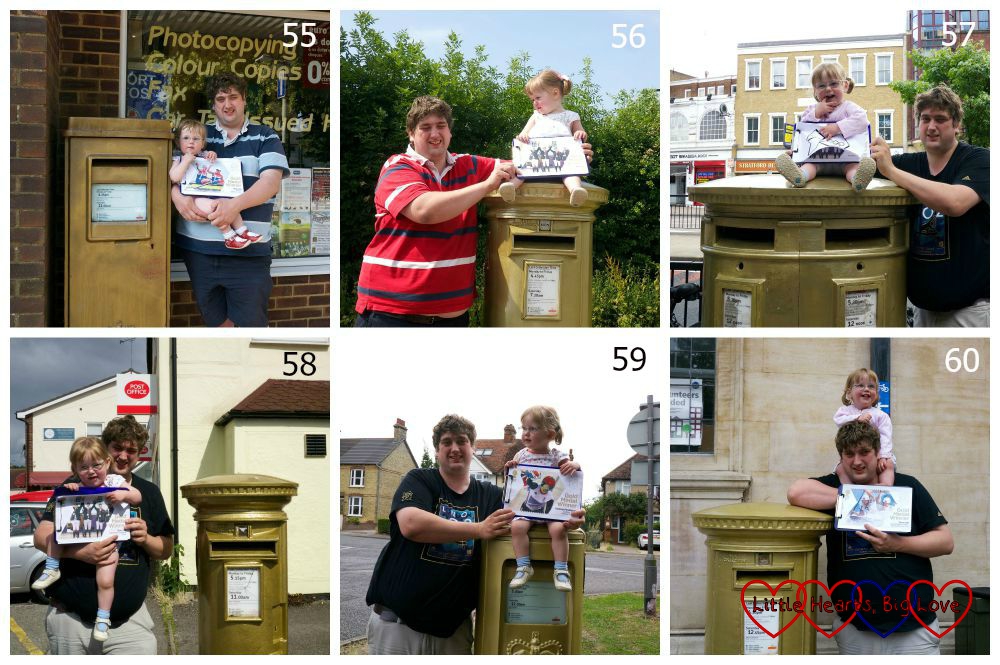 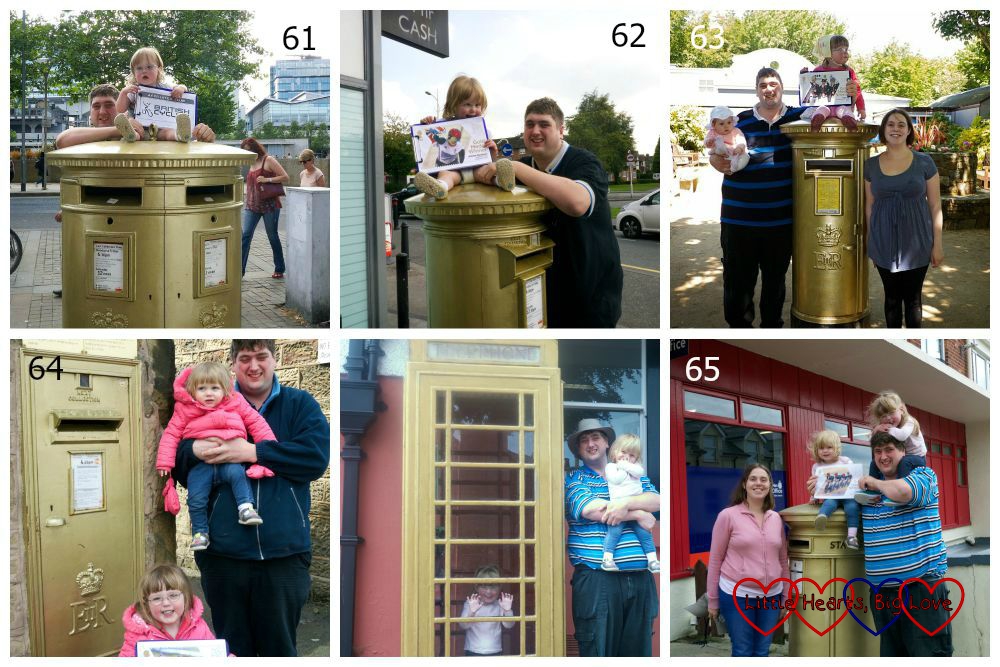