Whenever my sister and nieces come to stay, we always try and get out and about and find places to visit. After treating ourselves to a day out at Legoland, we were looking for a somewhat cheaper afternoon out for later in their visit.

Treasure Trails provides an imaginative way of exploring a town, village or area. I’d first come across them on our church weekend away when we’d explored the Wantage area and the website has over a thousand different trails available across different areas of the UK. I found a few trails in our local area and decided to try the treasure trail in Chalfont St Peter which was a 2-mile trail and was pushchair accessible. The trail map cost £6.99 to buy from the Treasure Trail website and I was able to download it straight away and print off several copies, one for each of us.

All the instructions and directions are within the trail – no extra maps or compasses are needed. We were given the postcode of the car park at the start of the trail (which was free to park in) and then given detailed directions of the route to follow at each stage of the trail. In between the directions, there were clues to solve – each one helping to cross off the name of a fictional area off the treasure map until one place remained – the location of the buried treasure. 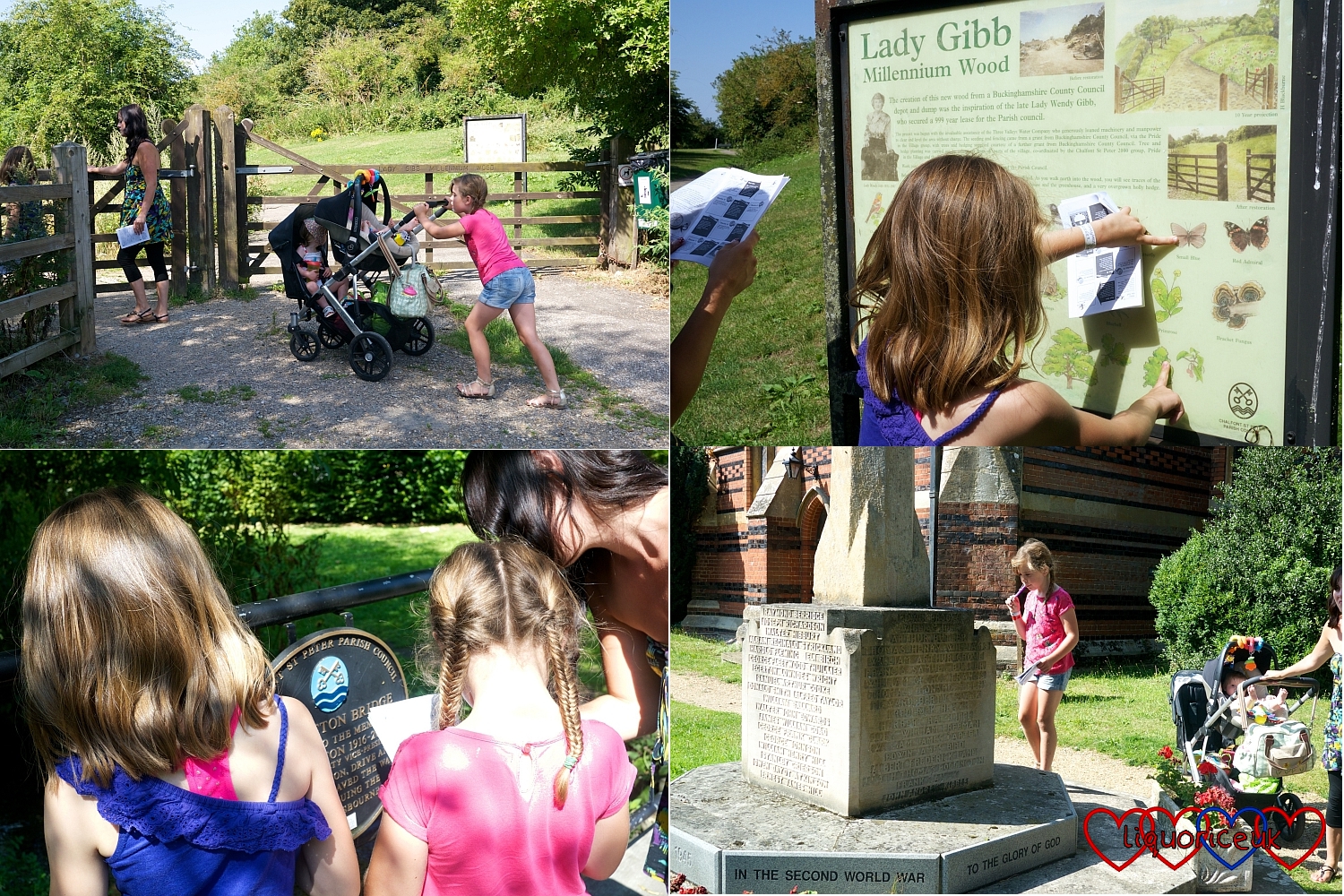 The first part of the walk was in the Lady Gibb Millennium Wood where we found the answers to a couple of the clues. As we were away from the roads at this point, Jessica was able to run around which she enjoyed. We then turned back and walked alongside the Misbourne, a chalk stream, and towards the village centre and St Peter’s Church. We were unable to find the answer to one of the clues, despite our search, but fortunately we could send a text to Treasure Trails to request the answer (with up to 3 texts being allowed). 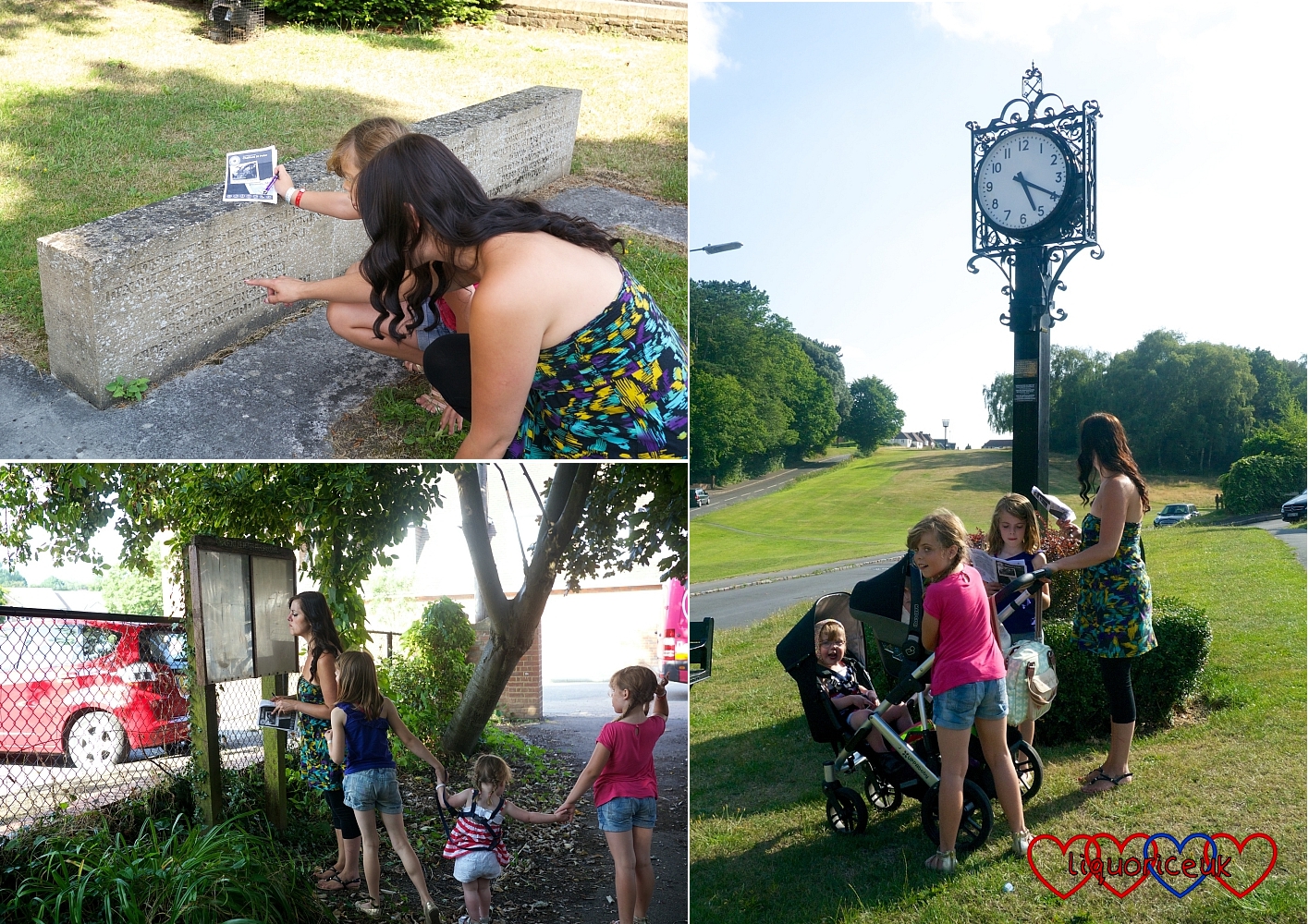 The next part of the route was along the parade of shops and then up one side of the common. Crossing the road here was not especially easy with four children as there were no crossings and the road was quite busy. The two older children got a bit hot and bothered as we made our way up the hill as it was quite steep and it was a hot day – sitting down for a picnic halfway up the hill made everyone feel much better! We continued round the common, back down the hill, past the hospital and through another churchyard, solving clues as we went until we reached the children’s play area near the car park where we solved the final clue. The girls all enjoyed having some time to relax and play afterwards! 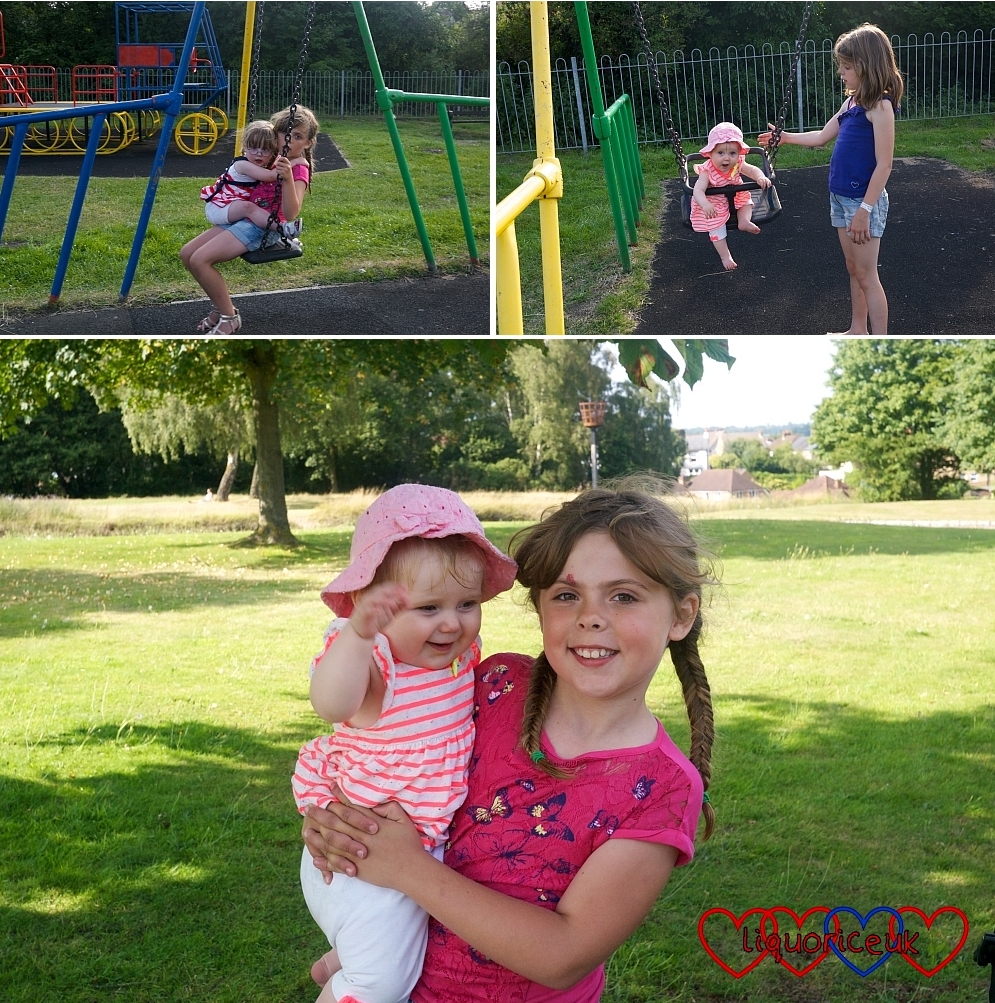 Once solved, the answer can be submitted online (each copy of the trail has a unique reference number which you include when submitting your answer) and correct answers are entered into a annual prize draw to win £1000.

The trail should have taken around 1 hour 45 minutes, although we took a bit longer than this as Jessica’s little legs made for quite a leisurely pace (she did sit in her buggy for the walk uphill though as it was a bit much for her). My nieces (aged 8 and 10) both enjoyed the trail and trying to find the clues, although they found them quite difficult to solve and needed adult help with many of the answers. Overall, we enjoyed ourselves and found it was a good way to explore the village though, although wasn’t always very easy with the pushchair despite being pushchair accessible. I’ve noticed there are a few trails around where my nieces live so perhaps we’ll try another one when I go and visit them later this summer.