Feeding is something that can be a big cause of concern for parents of children with CHD. They often require more calories than heart-healthy children but can get quite tired and struggle to take in enough calories. Whilst Jessica was breastfed as a baby, she was not able to get enough calories from my milk for her to gain weight. She needed top-up feeds of a high-calorie formula milk called Infatrini. Even then her weight gain was quite slow. We were lucky though that Jessica fed well enough from both the breast and the bottle during her first few months to be able to gain weight. Many other babies that we encountered during our time in hospital needed to be tube fed. 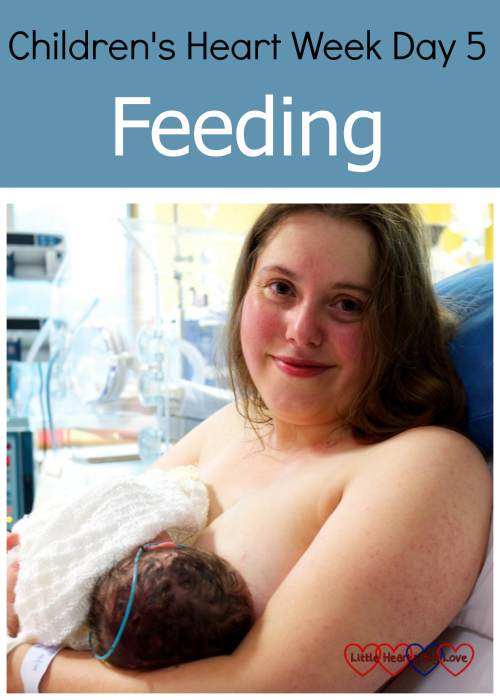 One of the complications that Jessica experienced after both her Norwood and Glenn procedures was chylothorax. This is where lymphatic fluid leaks into the chest cavity due to a lymph duct being damaged during surgery. Jessica needed to go on a very low-fat diet to prevent further leakage of lymphatic fluid whilst the duct healed. This meant that for six weeks following each surgery she was unable to have my breast milk. Instead, she had to have a low-fat formula called Monogen.

Jessica hated the taste of Monogen and would only take it via a feeding tube. In addition to this, she suffered from quite severe reflux, another common problem with heart children. This meant she would only tolerate small, frequent feeds. Having to feed her so frequently and deal with the constant changes of clothes and bedding as a result of the reflux (not to mention the additional anti-reflux meds that she was on) was quite exhausting. 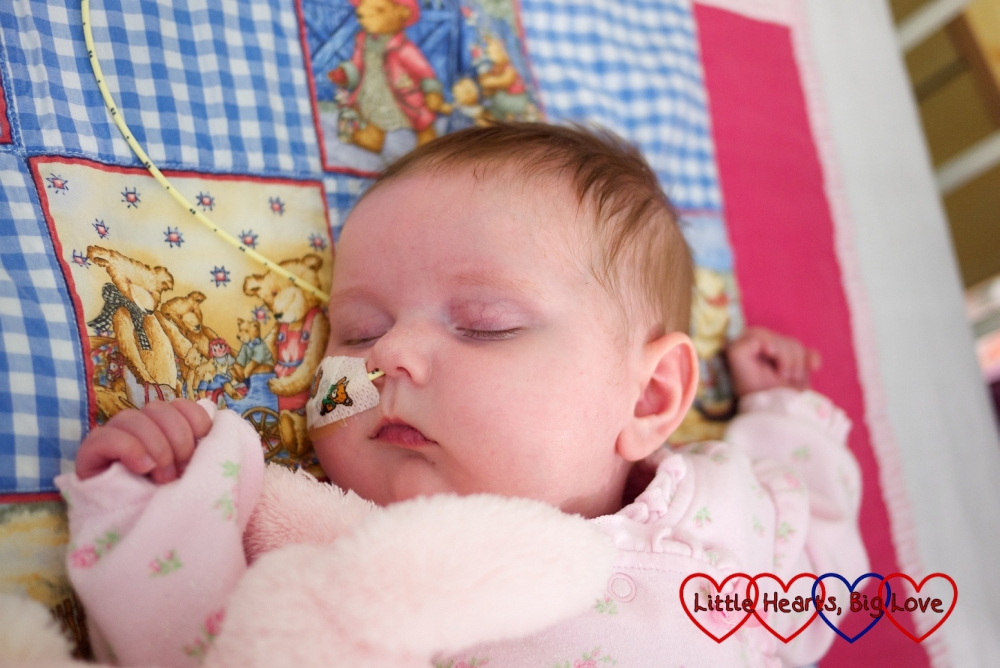 During the time that Jessica was on Monogen, I was able to express and maintain my milk supply (donating the surplus milk to the local milk bank). Trying to get Jessica back on the breast after six weeks was very challenging. In the end, she would only latch with a nipple shield. However, we managed to keep breastfeeding going with this until she was 17 months old.

Once Jessica was on solid food, we were encouraged by the dietician to add cheese, cream and butter to meals to increase her calories. The need to get plenty of calories in meant that picky eating phases could be quite stressful. However I have now learned to relax a little more and this makes these phases much shorter lived. 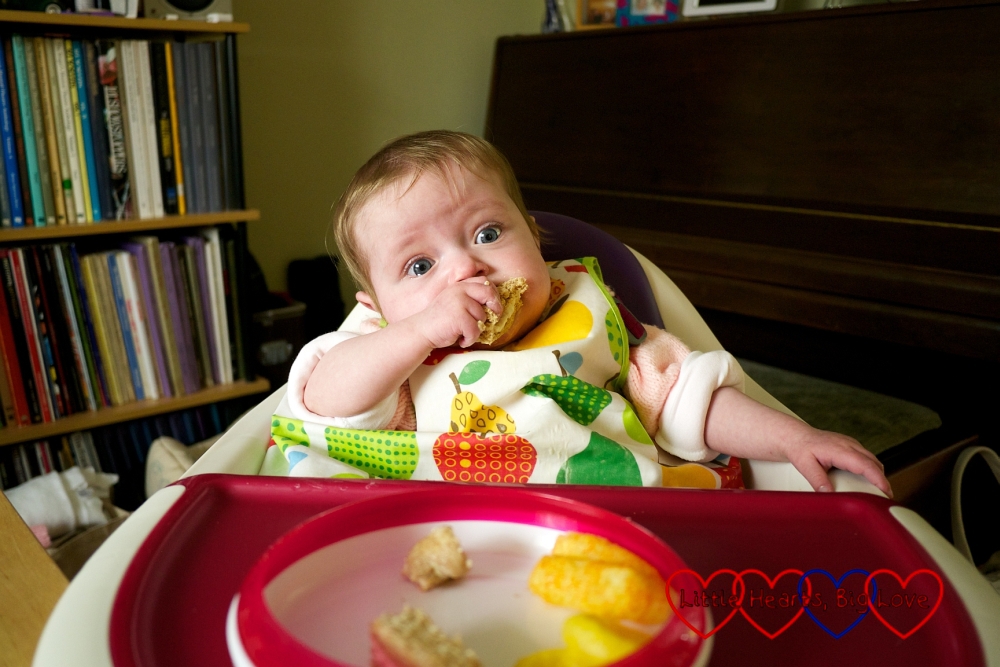 Looking at the bigger picture with weight gain also helps. Sometimes when Jessica has lost a little weight or only gained a very small amount, it makes me worry that she’s not getting enough calories. Often though when I look at her weight over a longer period of time, she is still gaining weight even if she is on the small side for her age. Ensuring that she drinks plenty is also important to prevent dehydration. Jessica still has a couple of bottles of milk each day as well as drinking plenty of water.

Although it is important that Jessica has extra calories, I still have to be careful that she doesn’t eat too many sugary foods. Dental care is very important in children with heart conditions. Gum disease and infections can result in endocarditis, a serious infection affecting the inner lining of the heart.

Today’s highlighted charity, Lagan’s Foundation, helps support families of children with heart defects or with feeding difficulties. The charity was set up in memory of baby Lagan Grant who had a complex heart defect. It aims to provide support for families either at home or in hospital through trained volunteers who can give respite care and help provide information and support.