Sitting next to the hospital cot in the early hours of the morning, with my four month old daughter blissfully breastfeeding, I wanted to freeze the moment and hold it forever. This would be my baby’s last feed before she had to go off for open heart surgery. I gazed at her, watching her eyelids flutter as she started dozing and kissed the top of her head. As I breathed in her beautiful baby smell, I prayed that there would be more moments like this in the future. 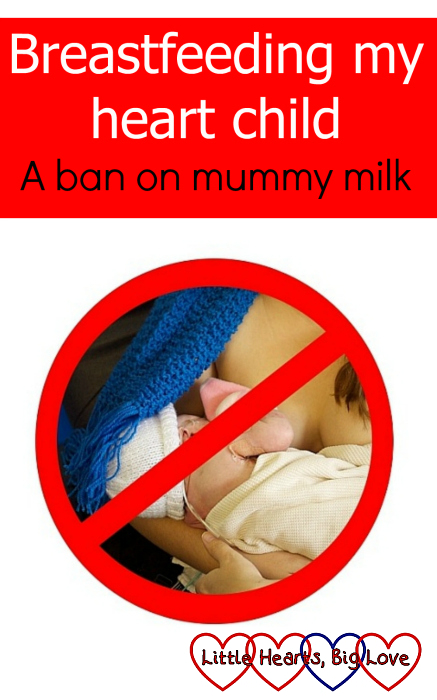 Eleven hours in theatre. I expressed several times as we waited anxiously for news. Lining the little bottles up in the freezer ready for when Jessica would be able to feed again. Finally, we were told the surgery had been successful and we were able to be with our baby again on the intensive care unit. The next day, she was able to have small amounts of my milk again through her feeding tube. I continued to express, looking forward to when she would be able to go back to the breast.

A couple of days on and the doctors were on their rounds. One of them took a look at the cloudy fluid coming out of one of Jessica’s chest drains.

“Looks like chyle,” she said, bluntly. “Get it tested and in the meantime start her on Monogen feeds.”

Monogen. A fat-free formula. I had heard of it – one of the other babies on the cardiac ward was on it and struggling to gain weight. The doctor had moved on to the next patient before I could respond. It was the nurse who explained it to me. Jessica had a complication called chylothorax as a result of the surgery. One of her lymph ducts was leaking fluid into her chest cavity. She needed to go on a fat-free diet to stop any further leakage. Which meant no more mummy milk for the next six weeks to give the duct time to heal.

I was devastated. I had been strong whilst my daughter was in theatre, strong watching her covered in tubes as she recovered in intensive care but somehow this relatively minor hiccup (compared to all the other hurdles we had had to overcome so far) was too much to take. Being able to provide Jessica with my milk was the one thing I could do that no-one else could do for her. Now this was being taken away from me. I spent the day in tears, struggling to come to terms with the fact that my baby could no longer have my milk. I researched chylothorax, trying to find out if there was a way around it. Unfortunately, the research seemed to support the fat-free diet treatment. If I could have gone on the diet myself and made skimmed mummy milk I would have happily done it. 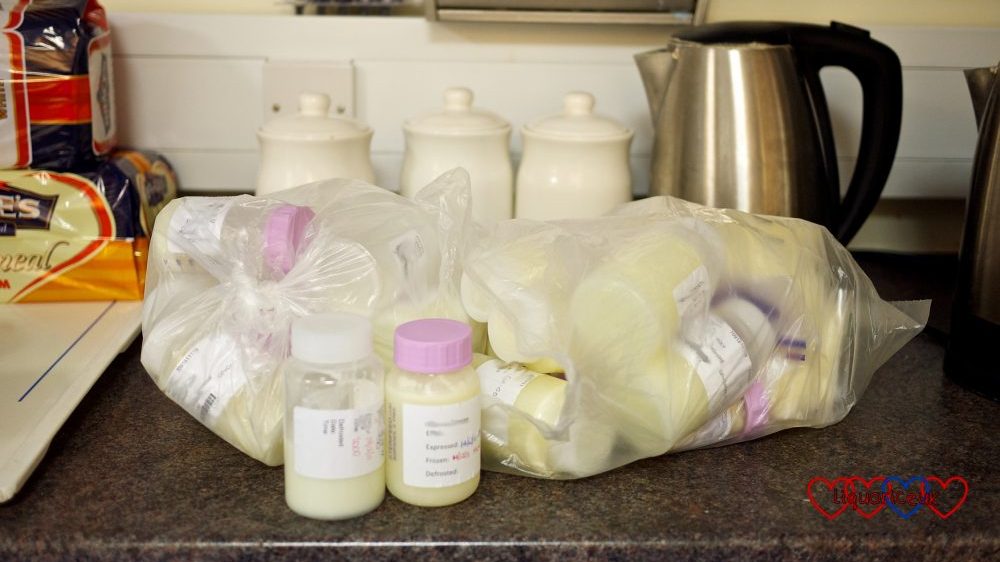 As Jessica recovered and moved out of intensive care on to the cardiac ward, we were taught how to make up the Monogen and give it down Jessica’s feeding tube. Attempts to give it via bottle were mostly unsuccessful. It smelt vile and no doubt tasted vile. Jessica was having none of it. On top of it all, she now had reflux having never been a particularly sicky baby. Three extra anti-reflux drugs were added to her list of meds. She was on small feeds every two hours, gradually increasing to three hourly. I learnt to express whilst giving Jessica a feed down the tube, determined to keep my milk supply going. Six long weeks of expressing seven times a day. Finally the time was up and I could feed Jessica again. 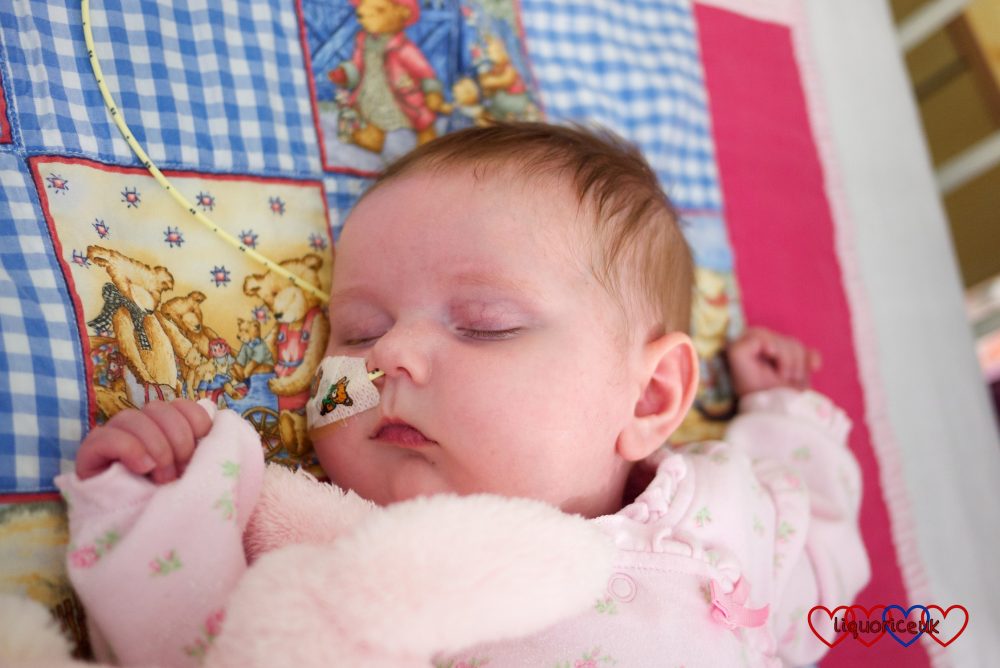 Jessica did go to the breast again (after quite a struggle to reintroduce breastfeeding) but the chylothorax reared its ugly head again after her next round of surgery at seven months. I was more prepared for it second time around though. We got through it and got back to breastfeeding once more. Jessica never breastfeed quite as well as before that first surgery though. She needed high-calorie formula top-ups in addition to breastfeeding. Having got through two bouts of not being able to feed and then partially breastfeeding until Jessica was seventeen months old felt like quite an achievement though.

Since then I’ve come across other breastfeeding heart mummies who have expressed through chylothorax. I wish I’d come across them when I was struggling. Knowing that others had managed to do it too, and knew how tough it was would have helped me so much.

6 thoughts on “Breastfeeding my heart child: a ban on mummy milk”