Six long weeks of not being able to give Jessica my milk due to a chylothorax felt like an eternity at times. Six long weeks of continually expressing to keep my milk supply going. Hoping that at the end of them, Jessica would be able to go back to the breast. I counted the days, determined that Jessica would not be having Monogen for a moment longer than was absolutely necessary. 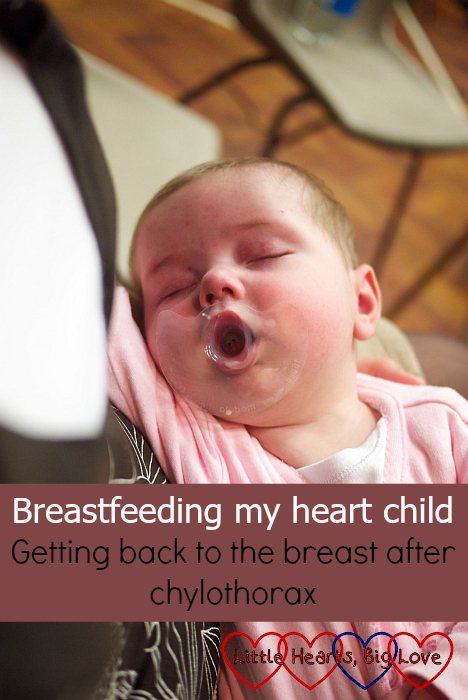 With hindsight, perhaps deciding to reintroduce breastfeeding in the early hours of the morning on the first day Jessica was allowed my milk again was not the best move. It was two o’clock in the morning. I was chronically sleep-deprived from the three-hourly tube feeds that had been necessary over the previous six weeks. Yet there I was, full of excitement at being able to put Jessica to the breast again.

Thirty minutes later, exhausted, sobbing and defeated, I went downstairs to get some expressed milk to give down Jessica’s feeding tube. After six weeks of sucking solely on dummies and a very occasional bottle, Jessica didn’t seem to know what to do when put at the breast. I look back now and kick myself for expecting her to just go back to it like nothing had happened. She was twenty weeks old. To her six weeks was a huge amount of time. 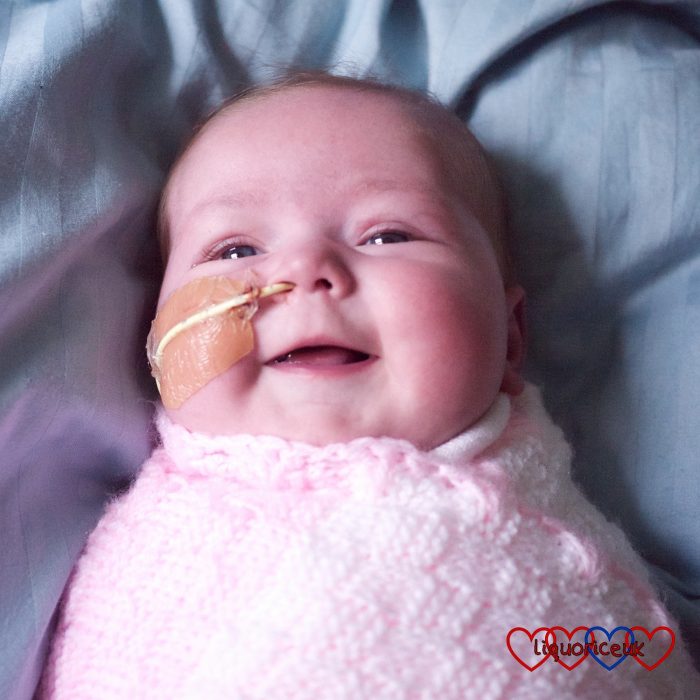 The next three days were intensely frustrating. I tried endless amounts of skin-to-skin cuddles, sometimes actively trying to latch Jessica; other times just allowing her to root and nuzzle. I tried “re-birthing” – lying in the bath with her with the lights dimmed and allowing her to find her way to the breast. I phoned various breastfeeding support lines for advice. No-one I spoke to had encountered a situation quite like the one I was in though. The general consensus seemed to be that she had probably lost the ability to breastfeed and would never go back to it. I refused to give up so easily.

Finally, on the third day, Jessica managed to latch to the breast with the help of a nipple shield. After six long weeks, I was finally breastfeeding my daughter again. It was the most wonderful feeling.

I was concerned though that the nipple shield would mean that Jessica had to work harder to get the milk. Her heart defect meant that she tired easily. She was already having top-ups of high-calorie formula to help her gain weight. For a few weeks, I tried giving her top-ups of expressed milk via a supplementary nursing system so that she was getting the extra milk whilst she was at the breast. However, it soon became apparent that she wasn’t really gaining weight well this way. Getting the supplementer attached felt too much of a struggle each time. In the end, we went back to just giving her the formula top-ups instead.

Over the months that followed, I tried several times to get her back to feeding without the shield. There were one or two beautiful moments when she did manage to latch directly to the breast and feed. However, we never did quite manage to lose the nipple shields. When Jessica had a second bout of chylothorax after her subsequent surgery, I was much more prepared for re-introducing breastfeeding. This time I started in the daytime, using the nipple shields from the word go. It was a much smoother process second time round.

I am proud of the fact that despite all the battles with expressing and trying to reintroduce breastfeeding, Jessica did ultimately breastfeed until she was seventeen months old even if it was with nipple shields. I got very adept at learning how to breastfeed discretely whilst using them. Jessica did have a rather endearing habit though of announcing the feed was finished by removing the nipple shield and waving it in the air!

6 thoughts on “Breastfeeding my heart child: getting back to the breast after chylothorax”