We love getting out and about as a family and having a challenge. In previous years, hubby and I have visited the seven wonders of the British waterways, and over the last couple of years, we have been travelling around the country to try and find all the Olympic and Paralympic gold post boxes. So far we have visited 63 of the 64 Olympic ones and 24 out of the 46 Paralympic ones. We are planning on trying to complete this challenge. However, the remaining postboxes are harder to visit without going on holiday. In the meantime, we have been looking for a summer challenge that we can do closer to home.

The National Literacy Trust and Wild in Art have come together to create “Books about Town”. These are 50 book bench sculptures which will have been placed across London and will be there throughout the summer. We’ve decided that we will try and find them all as our summer challenge for 2014. 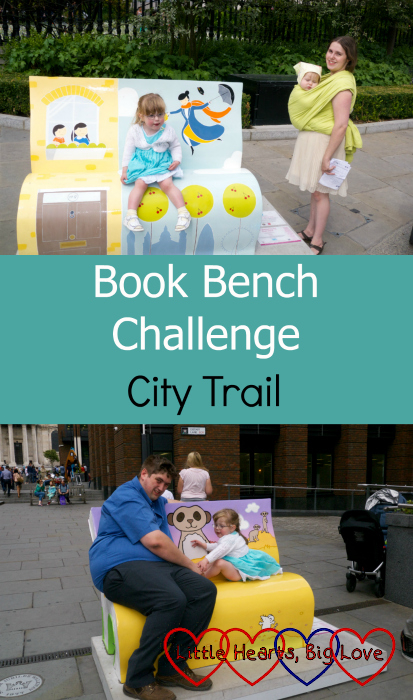 We decided to spend a day in London yesterday and make a start on the challenge by doing the City Trail – 15 book benches around the City of London. We chose this trail as our starting point as we’d heard that Mary Poppins would be visiting the Mary Poppins bench and giving out some free books. Unfortunately we didn’t manage to get to the bench in time to see her. We enjoyed having a day out together, walking around London and finding the benches on our trail though. 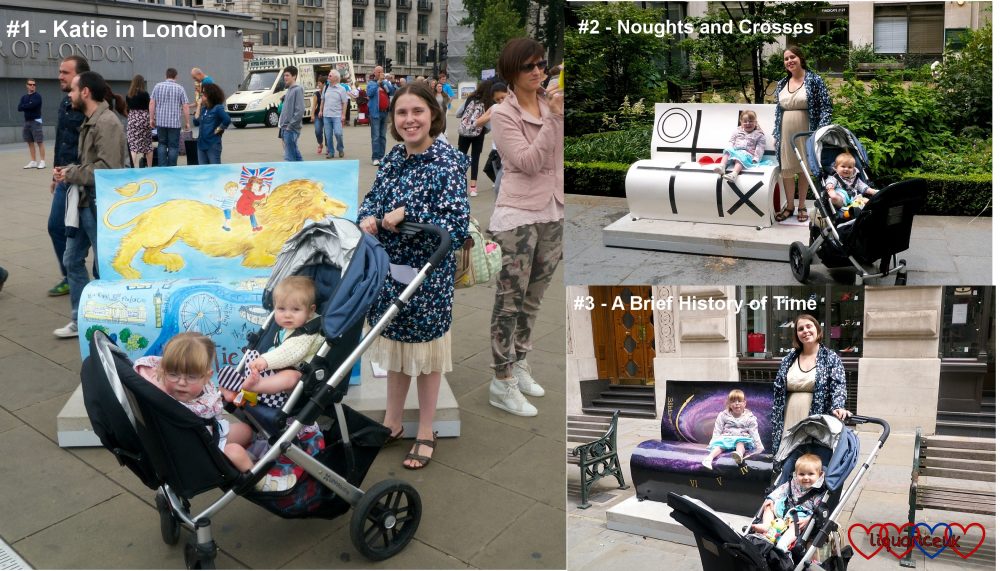 Our starting point was at the Tower of London where we ticked off our first bench: Katie in London. We then headed north and found our second bench, Noughts and Crosses, in Fen Court – a little courtyard just off Fenchurch Street. We also discovered another sculpture there – Gilt of Cain – a memorial to the victims of the slave trade. Our third bench, just off Cornhill, was A Brief History of Time where we managed to find the answer to one of the City Trail quiz questions. 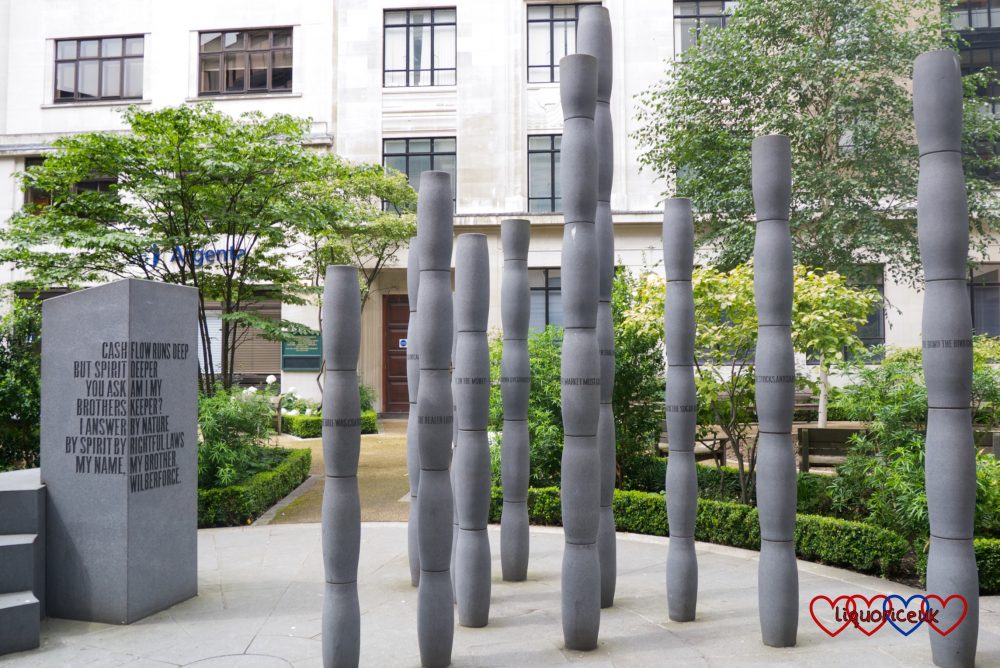 Benches four and five – The Wind in the Willows and Stormbreaker – were situated very close to each other near Bank station. I particularly liked the illustrations on The Wind in the Willows bench. I loved the beautiful bright colours and wonderful pictures of scenes from the book. Jessica seemed to like this bench too judging from the big smile on her face in the photo! 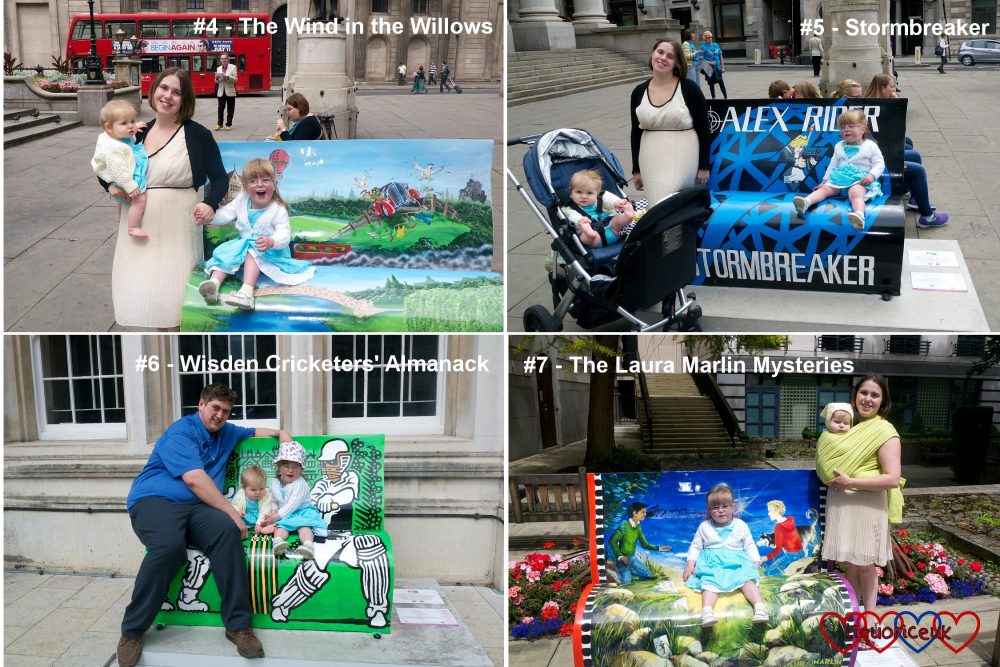 We then walked to the Guildhall where we found the sixth bench – Wisden’s Cricketers’ Almanac. Bench seven – The Laura Marlin Mysteries – was found in the pretty St Mary Aldermanbury’s Garden a short distance away from the Guildhall. 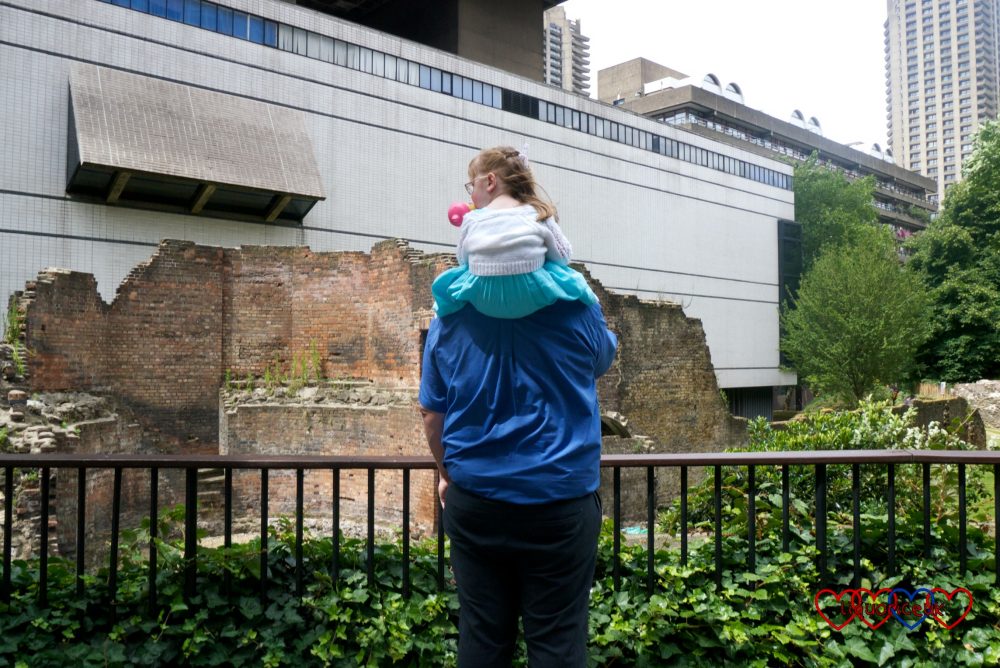 This part of the trail brought us up to London Wall. We stopped here for a short break and a look at the section of the Roman wall. While Sophie had a feed, Jessica enjoyed sitting on one of the Boris bikes with Daddy. We also spotted a yellow Boris bike in honour of the Tour de France. 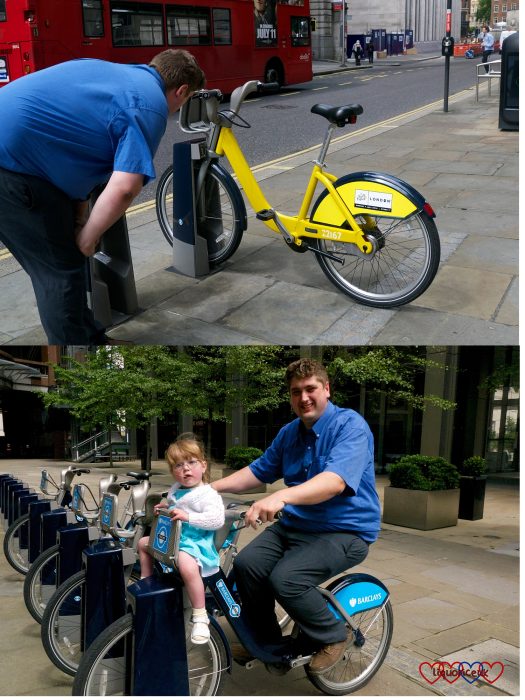 Bench eight – Brick Lane – was found in Postman’s Park. Jessica enjoyed being able to run around here for a while. We also discovered the memorial to heroic self-sacrifice in Postman’s Park. This was another memorial which we never knew existed before. 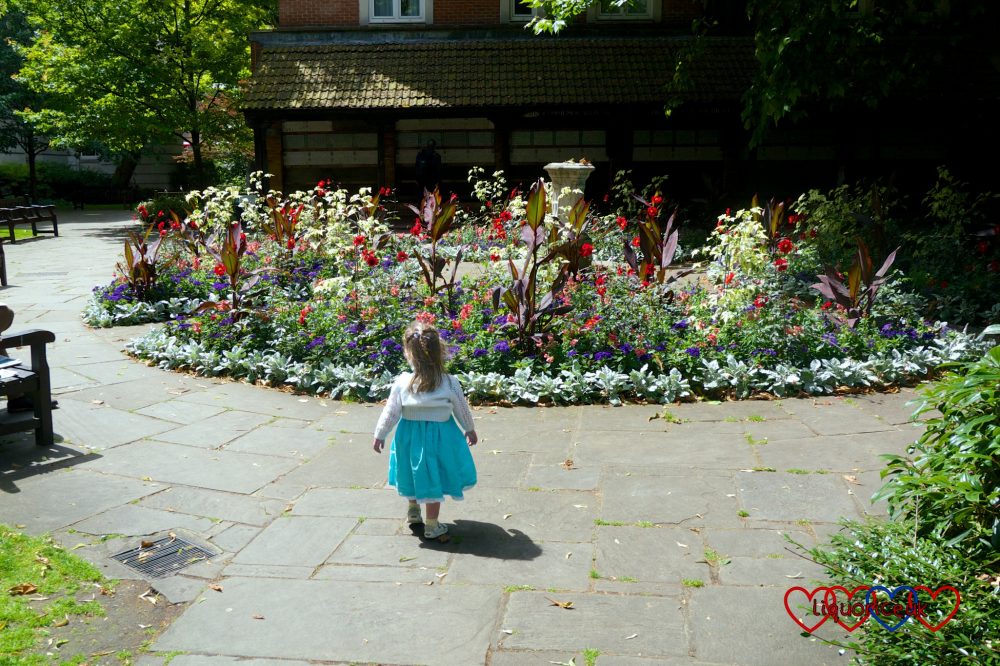 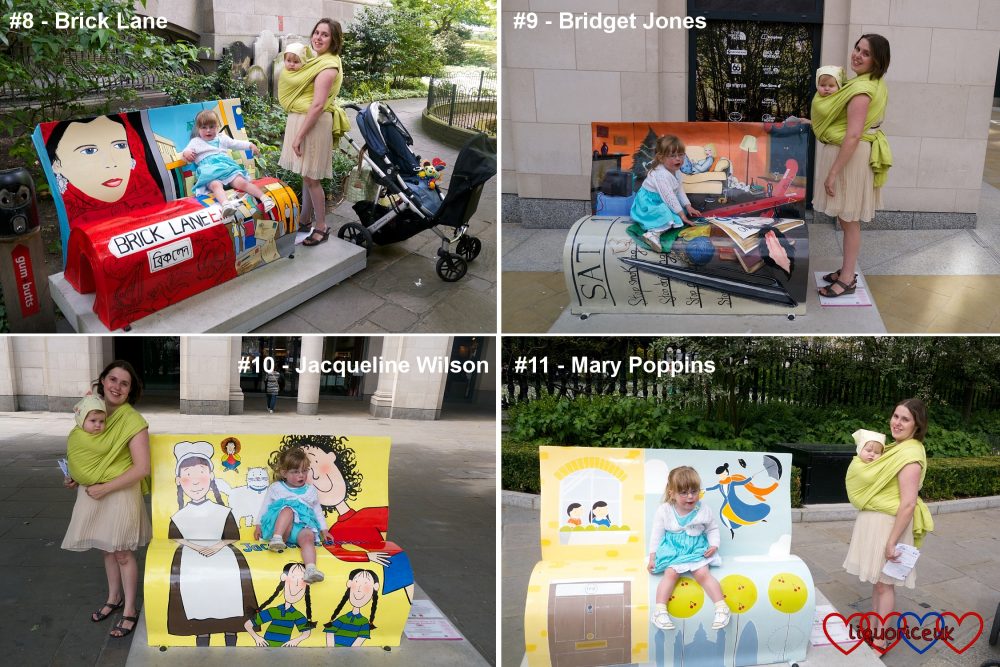 The next few benches were all found very close to St Paul’s Cathedral – Bridget Jones, Jacqueline Wilson, Mary Poppins, Fever Pitch, Peter Pan and Dickens in Liverpool. Sophie had had enough of book bench hunting by the time we reached the Dickens in Liverpool bench. She was fast asleep in the sling. Jessica was still quite happy though to continue to the final bench which was the That’s Not My Meerkat bench. 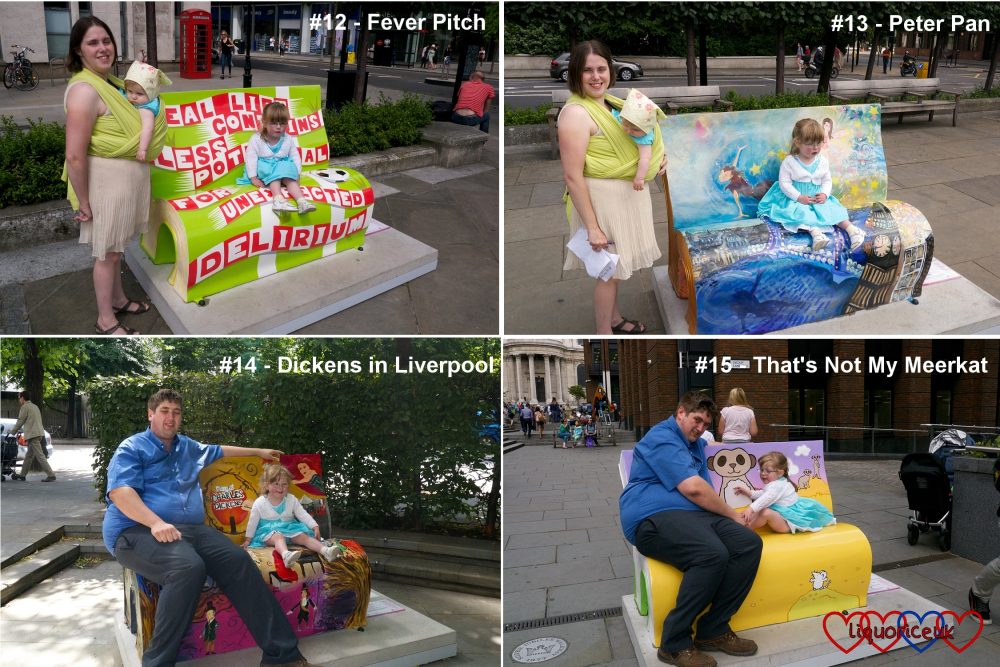 All in all, we had a lovely day out searching for the benches. Despite thinking we were fairly familiar with this part of London, we also got to discover various little parks and courtyards in the City which we never knew existed before. Fifteen benches down, thirty-five left to go!