Like many other children with CHD, Jessica has needed several operations. Her heart can never be fixed – surgery can only help improve her heart function. The usual surgical pathway for children with hypoplastic left heart syndrome (HLHS) involves three procedures. These are the Norwood procedure, Glenn procedure and the Fontan completion. The aim of these surgeries is to “replumb” the heart to help it become as efficient as possible and make one “pump” do the work that would normally be done with two. 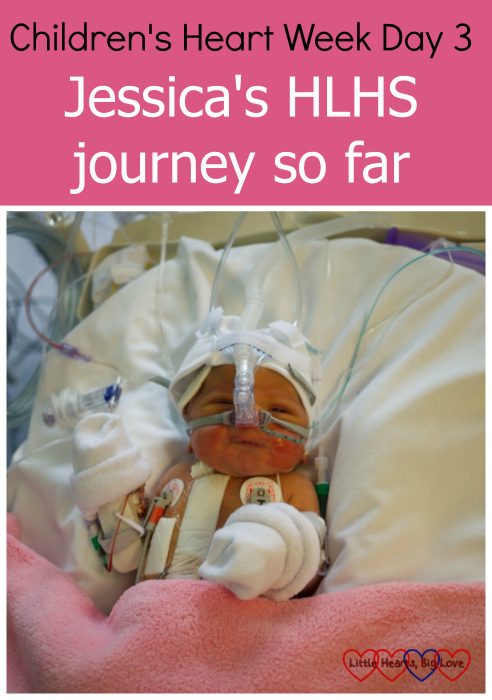 What is hypoplastic left heart syndrome? 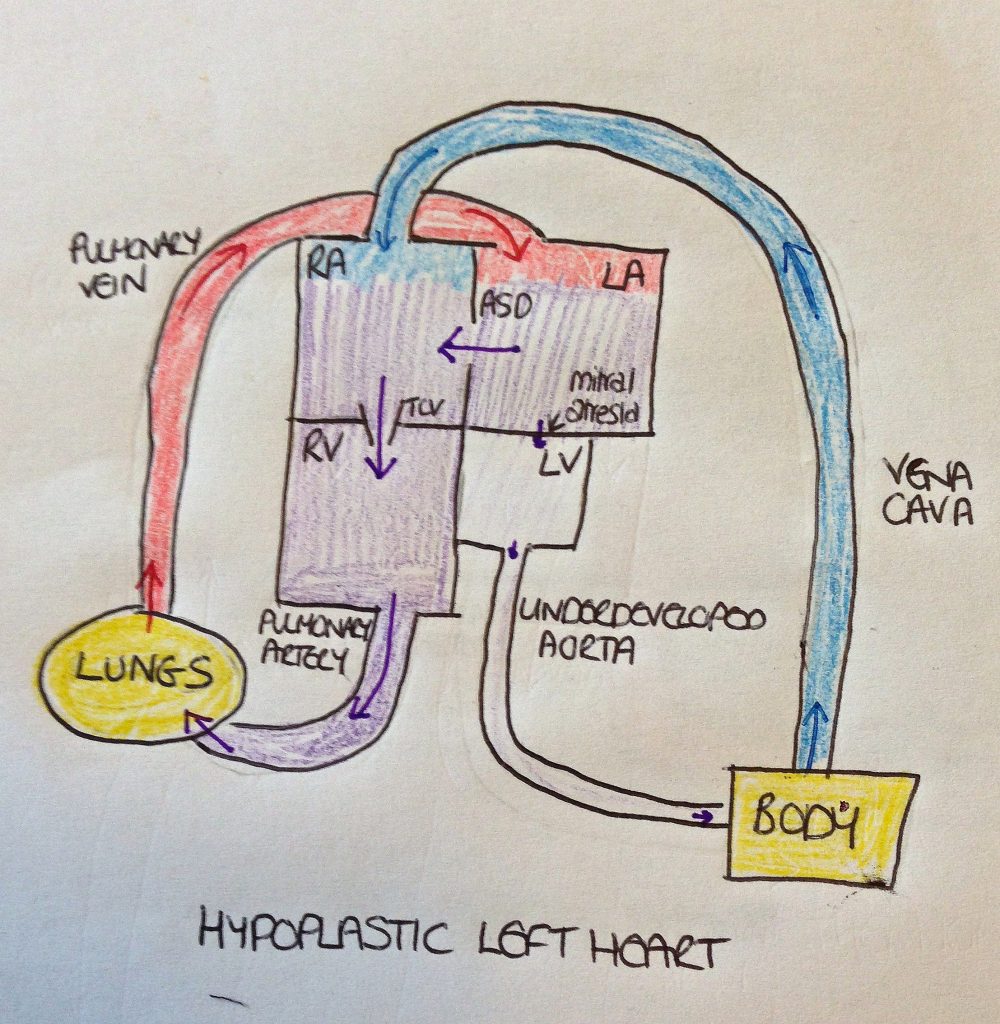 The baby’s circulation in the womb has various bypass systems. These allow the blood to flow back into the right side of the heart. However, the bypass systems close shortly after birth. If no intervention is carried out in a baby born with HLHS, the baby will die.

Jessica’s first operation took place when she was still in the womb, at 28 weeks’ gestation. We are very grateful to the team at Oxford who were willing to attempt this procedure. It had not previously been done in the UK as far as we are aware. This procedure, an atrial septostomy, aimed to enlarge the hole between the top two chambers (atria) of Jessica’s heart and improve the blood flow into the left side of the heart. This was done through inserting a needle into my womb and feeding a wire through it. A balloon was guided through the wire into the hole between Jessica’s atria. The balloon was then inflated to enlarge the hole.

We were told that the risk of Jessica not surviving this procedure were between 10% and 50%, It took two attempts at the procedure before it was successful. Thankfully Jessica coped well with it. I was awake throughout the procedure. My bump was numbed with local anaesthetic. Jessica was given a general anaesthetic through the umbilical vein and the wire was guided using ultrasound. There was a risk that the surgery would trigger premature labour but thankfully this didn’t happen.

Jessica’s next surgery, the hybrid procedure, took place when she was just eight hours old. This was her first open-heart surgery. It involved surgically enlarging the hole between her atria (instead of using a balloon as had been the case with her atrial septostomy) and then placing bands on her pulmonary (lung) arteries to reduce the excess blood flow and help reduce the high pressure in these vessels. It was discovered that she had partial anomalous pulmonary venous drainage and so a couple of her pulmonary veins had to be reconnected during this procedure.

At eight days old, Jessica had the second part of the hybrid procedure. This involved placing a stent into her ductus arteriosus via a cardiac catheter procedure in order to keep this duct open. She finally came home for the first time at four weeks old. Most babies with hypoplastic left heart syndrome have their Norwood procedure done at around this stage. In Jessica’s case, the hybrid procedure was carried out partly because she was very small but also because the pressures in her lung vessels were too high initially for her to tolerate the Norwood procedure. 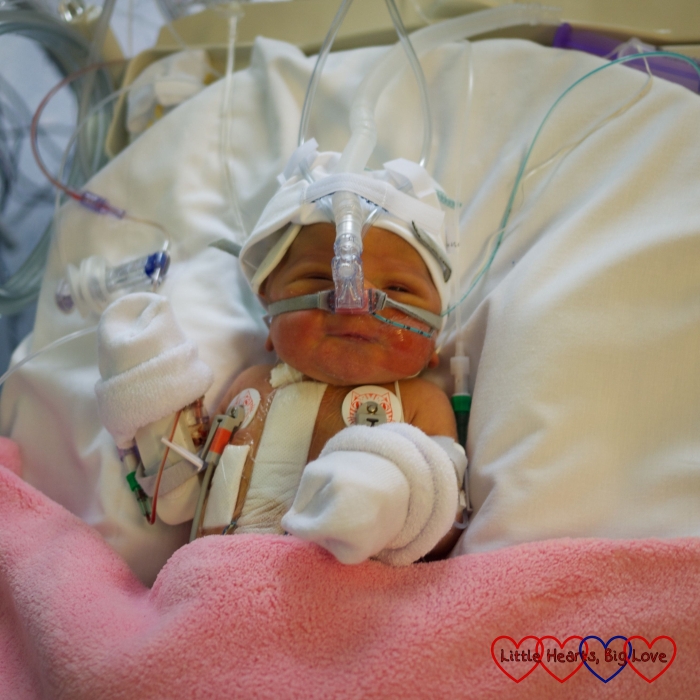 Jessica’s next major surgery was at fourteen weeks old. This was what I now refer to as her ‘Norwood-plus’. The original intention was to try and combine her Norwood and Glenn procedures. The Norwood procedure part of the surgery involved reconstructing the first part of her aorta (main artery to the body) so that she didn’t need the stent from her last procedure and then moving the aorta to the right side of the heart from the left. Then the semi-fontan or Glenn procedure was attempted. This involved plumbing the superior vena cava (main vein from the top half of the body) into the pulmonary artery (to the lungs) with the aim of allowing the blood to flow from the top half of Jessica’s body straight back into her lungs without needing to be pumped through the heart.

However, the pressure in Jessica’s pulmonary arteries was still too high to allow the blood to flow through under venous pressure. The Glenn shunt therefore had to be removed and the vein repaired. A Norwood shunt was placed between the aorta and pulmonary artery instead. Jessica was in theatre for about eleven hours in total. She had to have her chest re-opened shortly after coming back down to PICU due to a blood clot in the shunt. 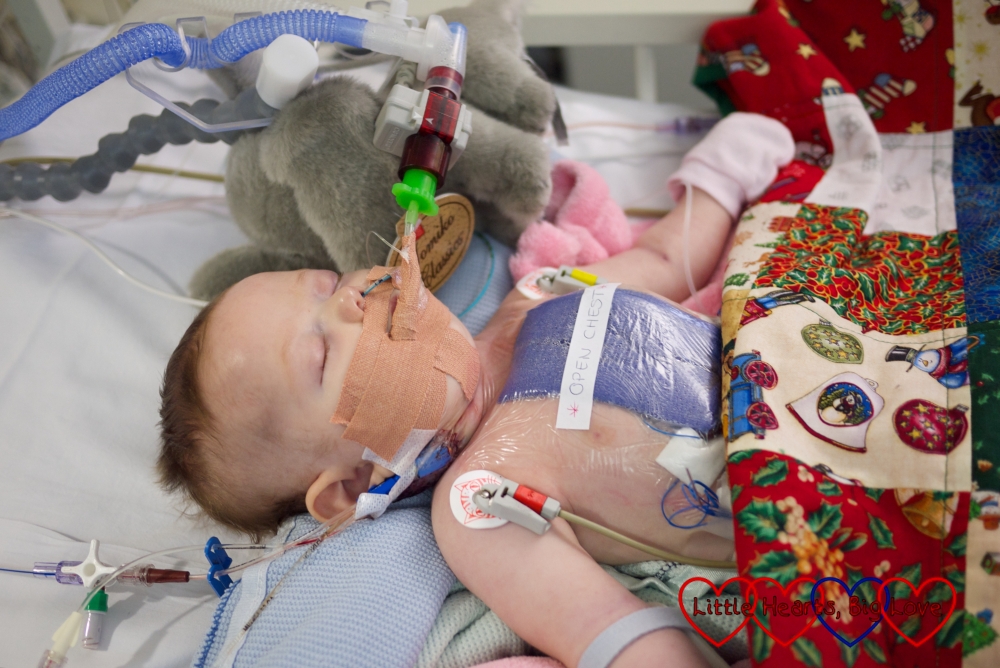 At seven months old, Jessica underwent her Glenn procedure. This time the pressures were low enough for it to be successful. Her recovery from this surgery was complicated by a wound infection and parainfluenza. We had quite a rocky ride and some very anxious moments but after four weeks she had recovered well enough to come home. 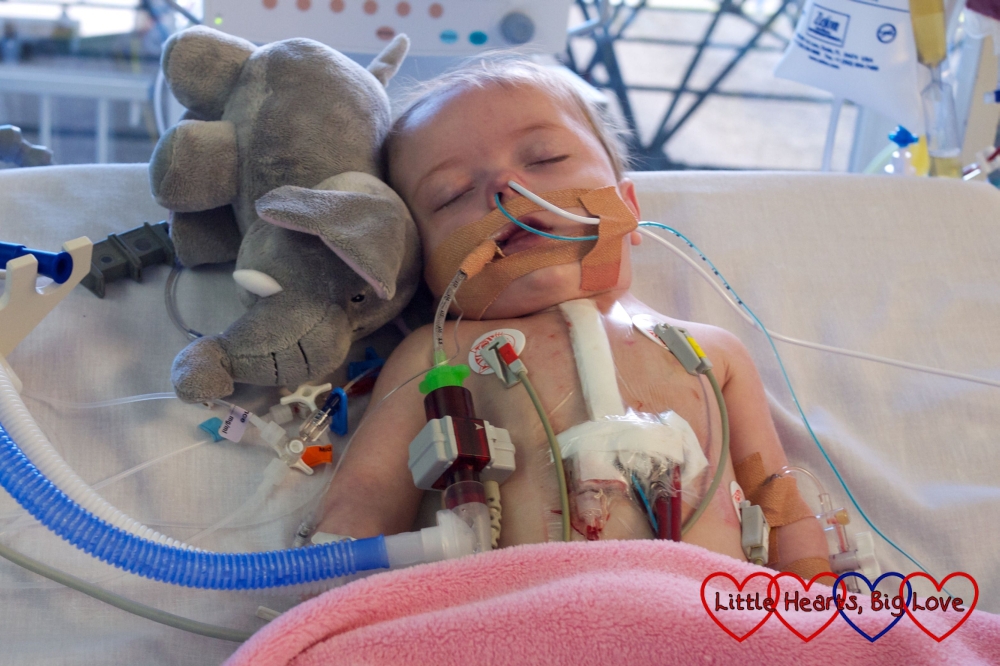 In between her surgeries (and twice since her last surgery) , she has had several cardiac catheter procedures. These which involve passing a long thin catheter tube into the heart via a needle in one of the bigger veins. A dye is then injected which can be seen on X-ray and using this to assess blood flow and pressures. Vessels can also be stented or ballooned via the catheter if necessary. Most of Jessica’s catheters have been diagnostic (just gathering information). She has had vessels ballooned on one occasion though.

Fontan completion: the next surgery

Jessica’s next major surgery will hopefully be the Fontan completion. This involves connecting the main vein from the bottom half of the body into the pulmonary artery and therefore separating the oxygenated and deoxygenated blood completely. The right side of the heart will pump the blood around the body and then it returns to the lung under its own pressure to receive oxygen before returning to the heart. Effectively the right side of the heart is doing the all the work of the heart. We anticipate that this will take place sometime in the next couple of years. 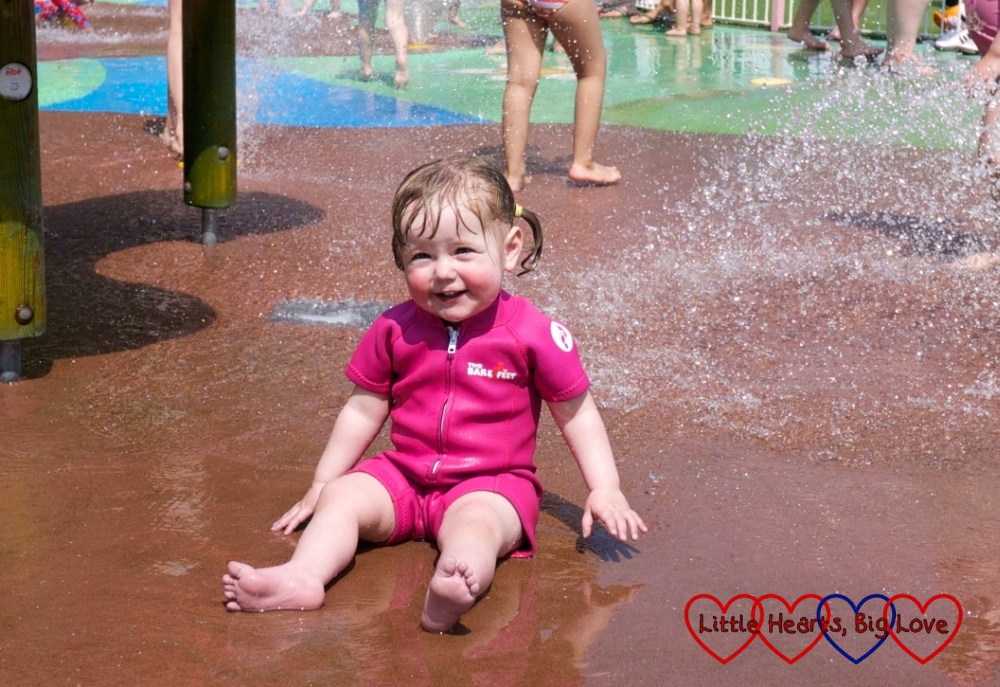 Beyond the Fontan, the future is uncertain. Eventually Jessica’s heart will start to fail. She will probably need a heart transplant at some point, if she is suitable. The procedures which extend her life have only been around for about thirty years so life expectancy beyond this is very unknown. We were originally told that the odds of surviving to the age of five were about 50%. Getting this far has been nothing short of a miracle. We take every day as it comes and know that we are very blessed with every day we have.

Today’s highlighted charity is Heartline. This charity which helps to support children with heart conditions and their families, whatever the condition and wherever it is treated. They produce a very useful book – Heart Children – which provides information about treatments and medical and social problems and shares parent experiences. Heartline also provides wetsuits for children with heart conditions. We found this very helpful as Jessica gets cold very quickly due to her poor circulation. She can go blue very quickly when we take her swimming. The wetsuit means she can be in the water for a little longer before we have to get her out!