Our family challenge last year was to travel from Land’s End to John O’Groats on public transport. Last month, we attended the Land’s End-John O’Groats Association awards dinner in Torquay where we were presented with our certificates and Sophie won the Jack Adams/Richard Elloway trophy for being the youngest person to do the journey in 2016. One of the things I loved most about the weekend in Torquay was meeting other people who had done the journey in different ways. One of the people I chatted to was Steve Gibbs, who completed a Full Circle (a journey to the four cardinal points of mainland UK plus Land’s End, John O’Groats and Orkney) last year in a Tuk Tuk.

This year, Steve is planning another Tuk Tuk Challenge – a journey that will take him to the most southerly, westerly, northerly and easterly points of mainland England, Scotland and Wales – the Twelve Corners challenge.  It sounds like quite an epic journey to undertake in a little three-wheeler Tuk Tuk with a 198cc engine! What especially interested me was hearing that Steve would be taking on this challenge for “Healing Little Hearts” – a heart charity that I hadn’t come across before and was keen to find out more about. 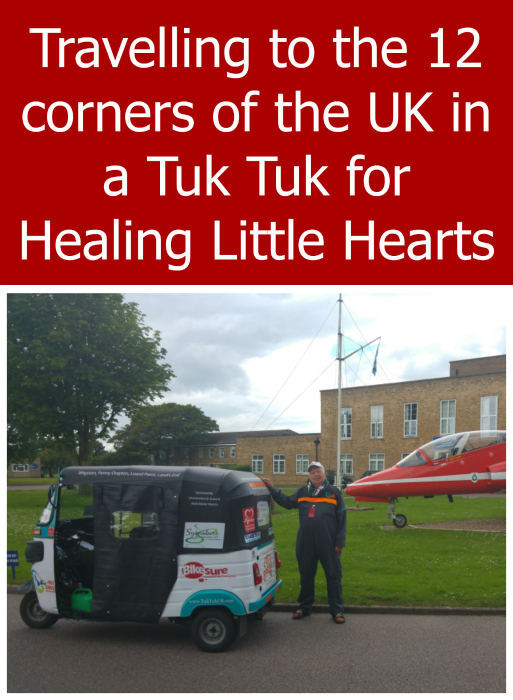 Healing Little Hearts is a charity which aims to ensure that every child who needs life saving heart surgery is able to obtain it.  The charity sends out teams of medical specialists to perform lifesaving heart surgery in centres situated in India, Africa (Kenya, Tanzania), Maurituis and Malaysia. Each of these teams stays for a week and performs surgery on 10-12 children in that time. They also provide training to junior doctors and nurses in the hope that eventually the centres will become self-sustaining.

I know that we are incredibly fortunate to have access to the NHS and healthcare that is free at the point of use. My daughter Jessica owes her life to the NHS. Had she been born in another country, our story could have been very different. Healing Little Hearts helps to provide life-saving heart surgery to children born to poor families who cannot afford to pay for healthcare and gives them the chance that Jessica has been given.

Steve’s challenge will see him travelling over 3000 miles around mainland UK in his Tuk Tuk over 21 days. The journey will start and finish at his home in Wigston, Leicestershire and take in the following cardinal points of England, Scotland and Wales: 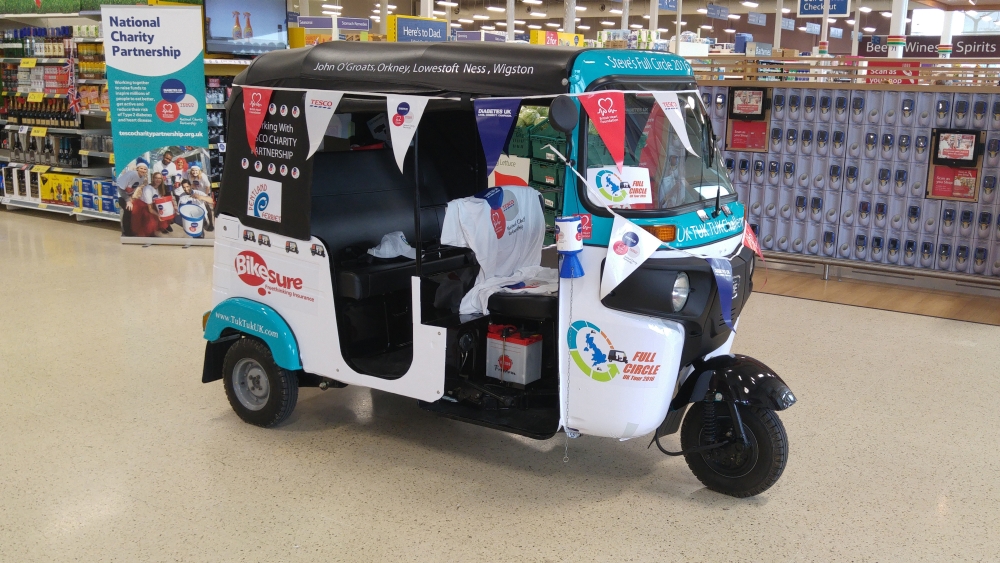 The Tuk Tuk that Steve drives is a genuine Indian Bajaj motorised rickshaw which has a theoretical top speed of around 40mph. It offers very limited weather protection so hopefully the weather will stay dry in July and August when Steve takes on his challenge.

If you would like to help Steve reach his fundraising target for Helping Little Hearts and support his Tuk Tuk challenge, you can do so by visiting his sponsor page.

Wishing Steve all the very best of luck with this epic challenge for a fabulous cause!