My journey of faith first started in my early twenties. From that quiet moment when something clicked through to facing a big challenge, my faith and trust in God has been a big part of my life. It has helped to give me hope and strength and provided comfort in times of darkness. This is the story of my journey of faith. 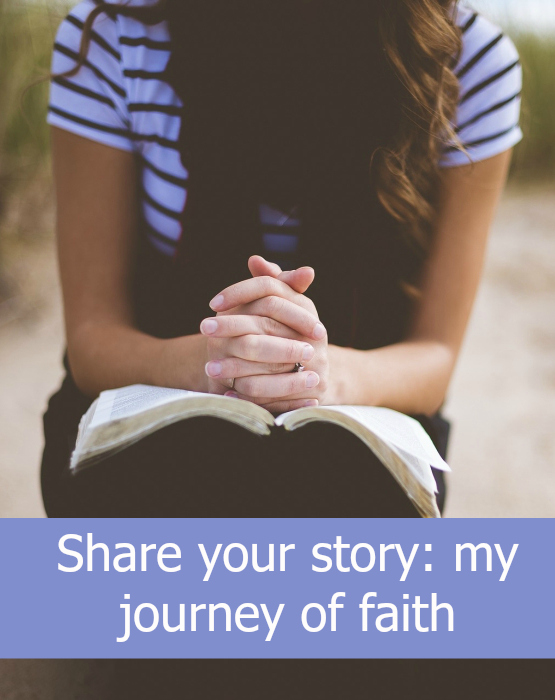 The start of the journey

I made the decision to follow Christ when I was twenty-one and in a destructive relationship that was about to end. There was no dramatic moment of epiphany. I had been brought up knowing of God’s love although didn’t attend church. Some of my university friends were Christians. One day I decided to go along to church with them. Something clicked and a couple of weeks later, at a communion service, I decided to become a Christian. That was the start of my journey of faith.

The biggest step so far on my journey and where I have become aware of God’s love, grace and presence more fully than ever before, started three years ago. Shortly after becoming a Christian, I got together with the man who later became my husband. We were now expecting our first child together. Life seemed absolutely perfect until our world came crashing down around us when we went for our twenty week scan. We were told that our daughter had a severe and complex heart defect called hypoplastic left heart syndrome.

Our baby would need a series of open-heart surgeries to have any chance of survival at all. We were told she had a 50% chance of living to the age of five. However, the team were concerned that the hole between the top two chambers of her heart (the atrial septum) was very small. This would affect the chances of her being suitable for surgery. We asked to meet the surgical team at another hospital to discuss this further. Our appointment was arranged for a couple of weeks later when I was twenty-two weeks’ pregnant. 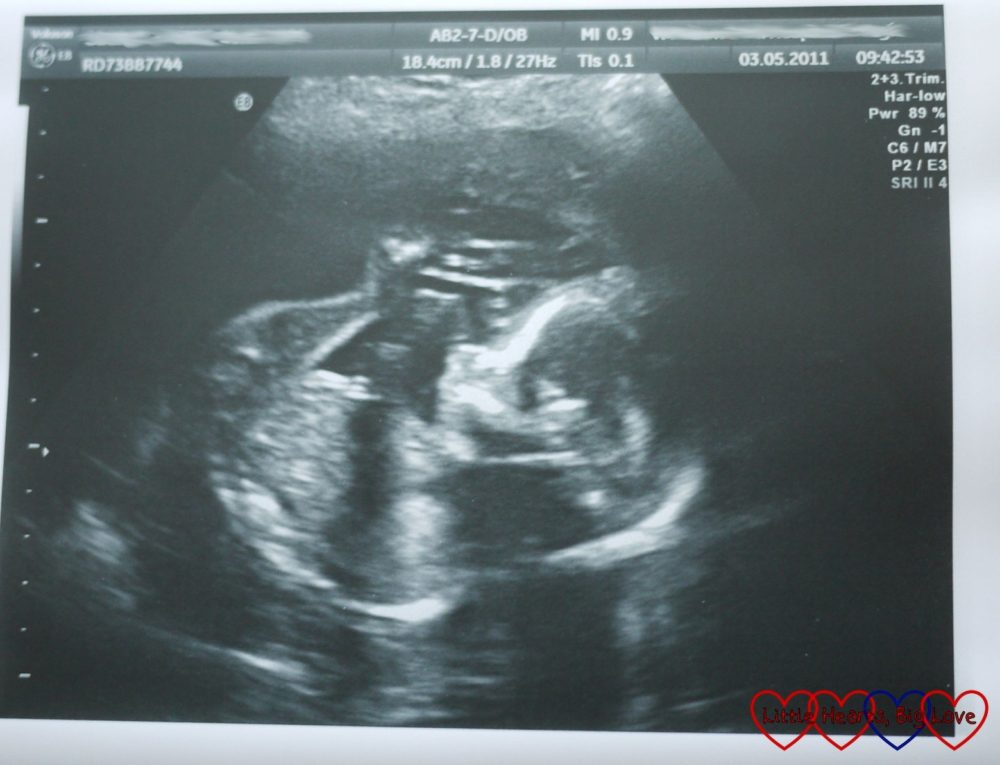 We had another scan at that appointment. After the scan, we were told that the situation with our daughter’s heart was so severe that she was unlikely to be suitable for surgery after birth. Instead we would be offered compassionate care for however long she would survive after she was born. We were told this was likely to be hours at best. We were offered a termination which we declined. Both my husband and I felt very strongly that it was not our place to decide when our daughter’s life should end.

After the appointment, we headed to the chapel where we broke down and sobbed together. I remember saying over and over again “God is bigger than this,” clinging to the knowledge that somehow God would give us the strength to endure whatever we had to endure.

Praying for a miracle

We prayed for a miracle. Over the next few days, I kept coming back to a throwaway comment the doctor had made at the end of our appointment. He’d made a remark about Boston Children’s Hospital doing in-utero surgery. It was very cutting edge but he didn’t think it would be remotely suitable for us. It was a tiny glimmer of hope though and I couldn’t dismiss it. My husband and I started looking into travelling to Boston. We prayed together that God would clearly show us whether this would be the right thing for us to do. Our team in Oxford seemed dismissive at first, but said they would discuss it further at our next appointment.

Our next appointment brought further difficult news. We were told that there was a significant chance that our daughter would not survive the pregnancy. However, the team had discussed our situation with a colleague who was currently on sabbatical in Arizona but had been back in Oxford for a fleeting visit the previous weekend. He was due to return briefly to the UK when I would be twenty-eight weeks’ pregnant, the optimum time for the surgery to occur. This doctor had carried out some in-utero cardiac procedures before. He hadn’t performed the procedure we would need though; in fact, the team didn’t think it had even been performed in the UK. However, he was willing to give the surgery a go, provided we were prepared to accept that it would be risky for our baby.   It seemed that God was answering our prayers.

A couple of days before the surgery was due to take place, we attended the AGM of our local Churches Together. They had heard about our situation. During the AGM they prayed for us as a family. I also went to Healing Rooms at a nearby church where I received further prayer for the healing of Jessica’s heart.

I went into the surgery a couple of days later feeling very much that we were surrounded by love and prayer. The surgery involved widening the hole between the top two heart chambers by inserting a balloon in the hole and inflating it. The balloon would be on a wire which would be passed through a needle into the womb and guided through ultrasound. I had a local anaesthetic and was awake throughout the procedure, praying constantly that it would be successful. On the first attempt, the team were unable to pass the wire through to the heart. However, they were prepared to try again the next day. This second attempt was successful and our baby coped well with the procedure. 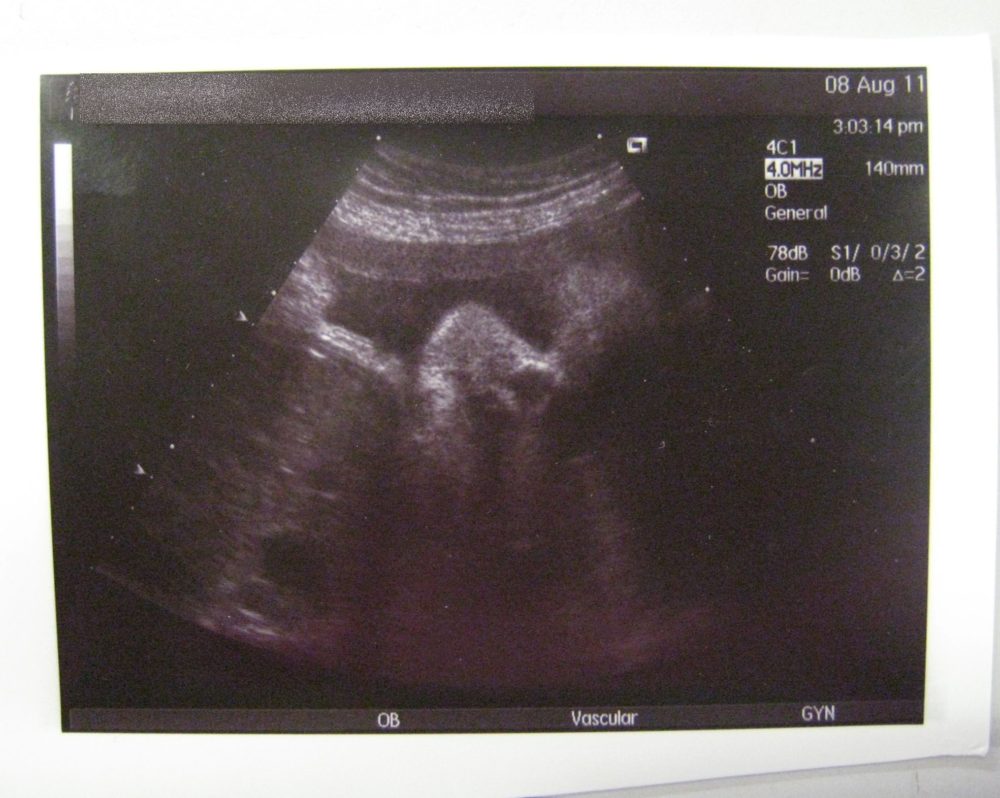 Finding joy in the journey

We were told that there was still a risk that I would go into preterm labour. If this happened, it would mean further surgery wouldn’t be an option. Our daughter’s prognosis was still poor. The team warned us repeatedly not to get our hopes up. We decided that we wanted to go to Southampton for our daughter’s surgery as we were more familiar with the hospital there and had many friends living nearby to offer support. The team at Southampton were equally guarded about our daughter’s prognosis. They were willing to attempt post-birth surgery though if our daughter was well enough at birth.

For the rest of my pregnancy, my husband and I focused on enjoying every moment, not knowing whether this would be all the time we would get with our daughter. We clung on to the hope of having given her a chance through the in-utero surgery. I prayed almost constantly throughout the rest of my pregnancy and really felt God giving me so much strength. It was one of the most difficult times of my life and yet one of the most joyous too. I can honestly say that I was filled with joy throughout my pregnancy. Every movement, every kick was doubly precious. I knew that all I could do was just trust in God. Knowing that He was there, walking beside me every step of the way helped keep me going.

“I can do all things through Him who gives me strength” (Philippians 4:13)

Baby Jessica was born at thirty-eight weeks’ gestation. The team were surprised by how well she was at birth given that her heart condition was every bit as severe as they feared. She had her first open-heart surgery at just eight hours old followed by a second procedure at eight days old. At four weeks’ old we got to take her home for the first time – a very precious moment. Throughout those four weeks in hospital, our faith and the love, prayers and support of friends helped sustain us . 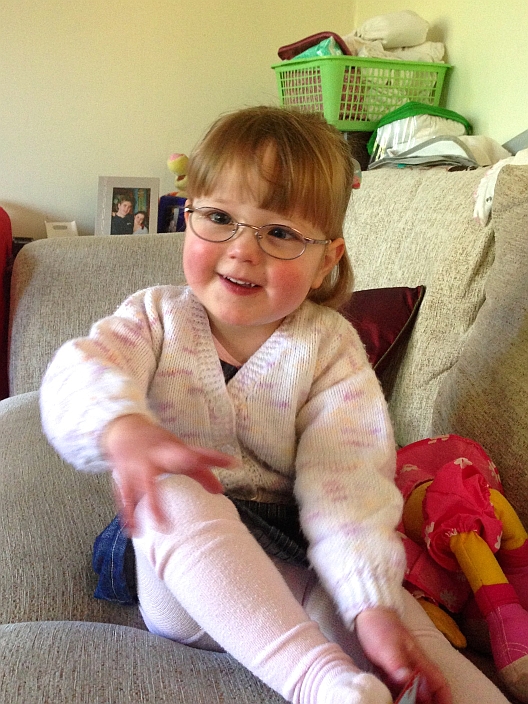 Jessica has had two further open-heart surgeries since then plus four cardiac catheter procedures. Her godmother describes her as a “joy carrier” and this is a very apt description. She is one of the happiest children I have ever known, full of smiles and love. We are so very blessed to have her in our lives, along with her heart-healthy baby sister. Jessica will need to have further open-heart surgery as she gets bigger in order to help keep her heart functioning although she will effectively go through her life with half a working heart.

We do not know what the future holds. The oldest people with her type of heart defect are in their twenties . What we do know though is that God will always be there with us on this journey. Through Him, we will find the strength to endure what lies ahead. We have learned to live in the moment and to give thanks every day for our two beautiful daughters, the wonderful medical care we have received and the love, prayers and support of our friends and family.

One of our favourite hymns is Great is thy faithfulness. The line “Strength for today and bright hope for tomorrow” in the final verse sums up how God has worked in our lives during this journey. We have been very blessed and we are eternally thankful.

3 thoughts on “Share your story: my journey of faith”