One of the hardest things about living life without Jessica, is the merciless passing of time that takes us further and further away from our life with Jessica. Early on in this grief journey, I wrote that “time doesn’t heal, it hurts” and two years on from that, I still stand by that statement. Time does not heal. Time simply carries us on, no matter how much we want to resist. All we can do is try and learn to live with grief as best we can. 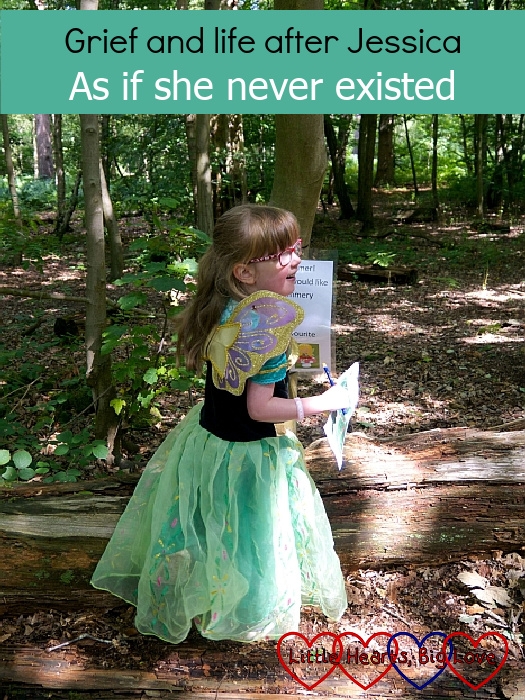 As time passes, others move on too.  In those early days, we were surrounded by love and support. After the funeral, most of that disappears and what remains gradually dwindles away. And to be fair, I wouldn’t expect that support to be there long-term. Other people have their own lives to lead. But as time moves on, there is an unspoken expectation for you to move on too. People don’t want you to be sad. It’s uncomfortable to be around someone who is sad. They want you to focus on the happy memories and move forward. They tell you that “you mustn’t feel like that”; that “Jessica wouldn’t want you to be sad.” Except, what Jessica would or wouldn’t have wanted makes no difference. Telling me I “mustn’t” feel something doesn’t stop me feeling it. It just stops me from feeling able to talk about it.

As time passes, the gaps that Jessica left behind start to close. Not for us, not in our family life, but the traces of her in the world around us. Her place in the world. Another child comes into her class and sits in her chair. The groups that she was in move on without her; become groups where she never was. As if she never existed.

A new school year for Sophie. Year 2 – a year that Jessica never got to experience. A teacher who never knew Jessica. There’s a new headteacher this year – the second since Jessica died. Both of Jessica’s teachers have left, and so have most of her TAs. Her classmates have moved on. The hole that Jessica left behind in her school has closed. As if she never existed.

Next year, Sophie will start a new school. None of the teachers there will have known Jessica. Jessica’s classmates will be there, but how many of them remember her still? Time moves on. Other people move on. New people come into our lives who never knew Jessica. Who see Sophie and Thomas and, even if they know of Jessica, so easily forget that she is a part of us unless reminded. To the outside world, we appear as a family of four, not as a family of five.

But then we never really were a family of five, were we? I have no idea what life as a family of five would have been like. But we’re not a family of four either. We fall in the cracks. More than four but not quite five. Where do we fit in with our unseen fifth family member?

As time moves on and the gaps where Jessica once was close over, it brings home one of my biggest fears as a bereaved parent: that Jessica will be forgotten. That life will become as if she never existed. That people will forget that she is a part of us and she always will be.

There are some people who I know will never forget Jessica. Who bring her name naturally into conversations; who talk about her as easily and as normally as if she were still here. Friends who text me to share a memory of Jessica that just popped into their head. They have no idea how much I love them for it. Every time they mention Jessica, it warms my heart. She’s not talked about with sadness; she’s just simply talked about because she is part of their memories; because she is loved and remembered. To be able to mention Jessica’s name and not sense that subtle shift of awkwardness; to be able to talk about her freely and easily is a huge gift. A reminder that Jessica did exist, and still exists in their hearts as well as ours.

And so, I ask you – no, I beg you: please say Jessica’s name. Please talk about her to me. Tell me you remember her; tell me you haven’t forgotten. Talk about her as naturally as if she was still with us. Yes, you might make me cry, because I love her and miss her so very much. But even if you do make me cry, I promise you, you will have made me happy too. You won’t have reminded me that she died – I can never forget it. You will have reminded me that she lived, that she is loved and remembered, that her life mattered and that is one of the biggest gifts you can give any bereaved parent. 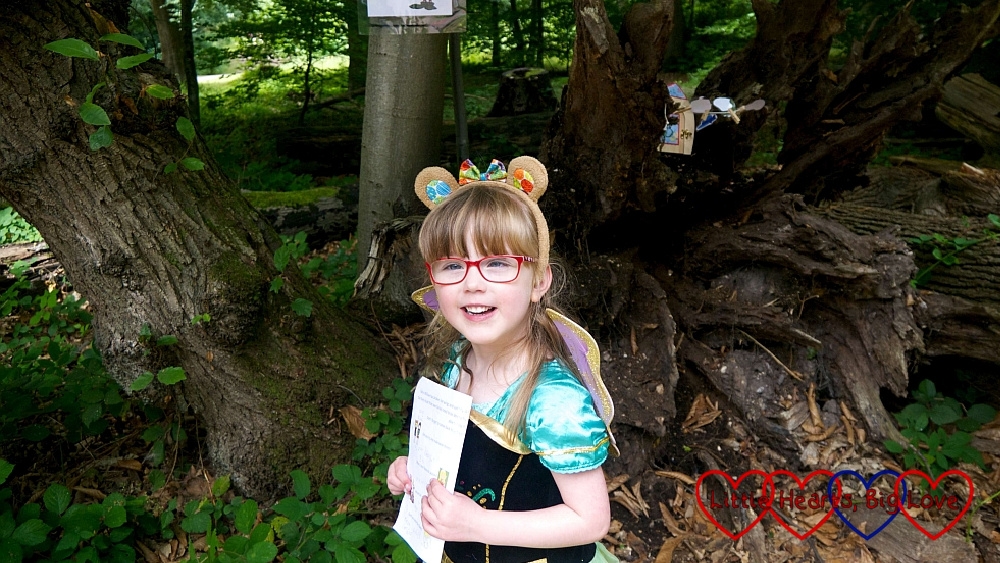 6 thoughts on “Grief and life after Jessica: as if she never existed”