At some point during the school holidays, there is usually a themed trail to follow at Black Park. The girls and I have done quite a few different ones – Easter trails, fairy trails, bugs and beasts. We loved doing the trails together but I hadn’t done one with Sophie since Jessica died. In the last week of the holidays, we met up with one of Jessica’s school friends A and her mum to hunt for dinosaurs on the dinosaur trail. 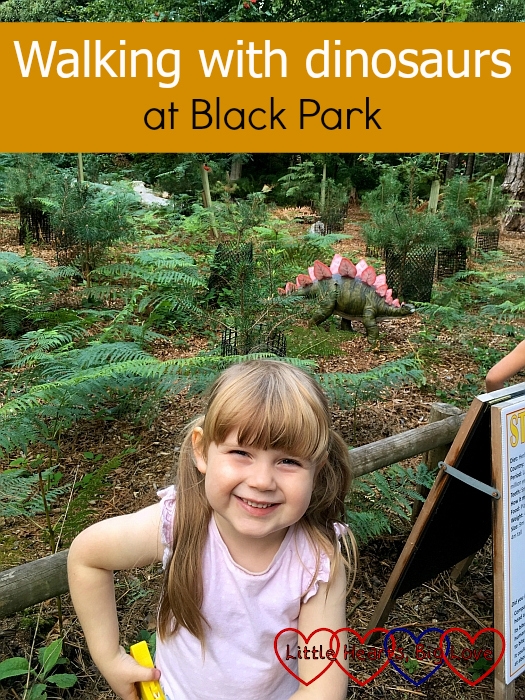 The trails tend to follow a similar route around Black Park. They’re a good length – long enough to be a nice walk but short enough for little legs to manage. Some of the locations along the way bring back memories of previous trails. Jessica used to point out where we’d found certain things. The troll’s hands on a bridge over a little stream was one that must have been particularly memorable as we never passed that spot again without her mentioning it. This time it was A who remembered it. 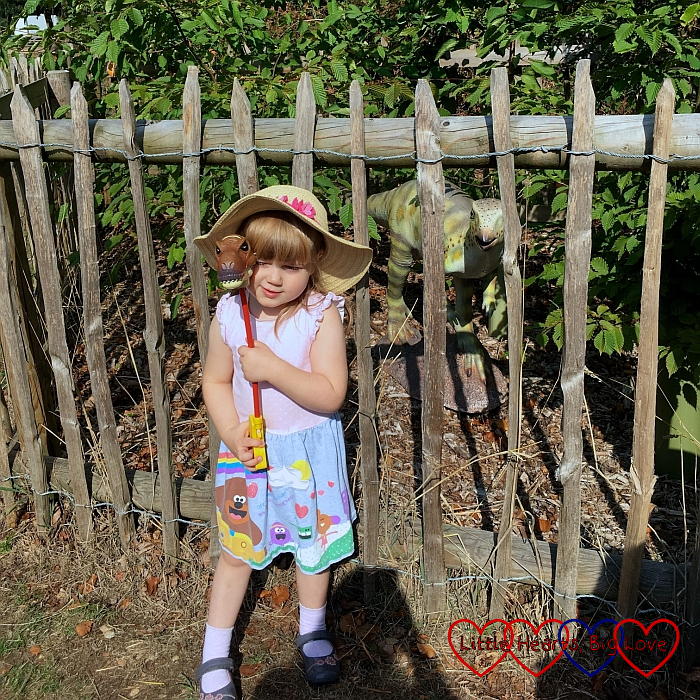 Our trail map had a series of questions to answer as we found each of the dinosaurs. The answers to the questions could be found on the information board at each dinosaur location. 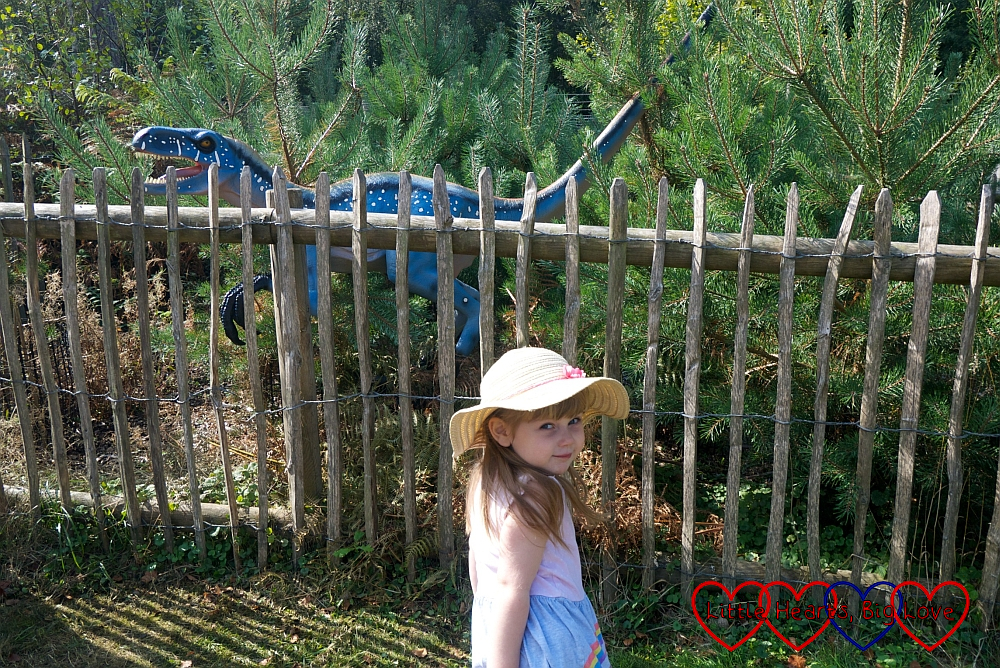 I have to admit I know very little about dinosaurs. I can recognise a few of the better known ones, such as Tyrannosaurus Rex, Stegosaurus or  Triceratops. Other than that, my knowledge is very limited. I found the information board at each of the dinosaurs very interesting and learned a few things along the way. For instance, did you know that the brain of a Stegosaurus was about the size of a plum or that a Triceratops had 800 teeth? 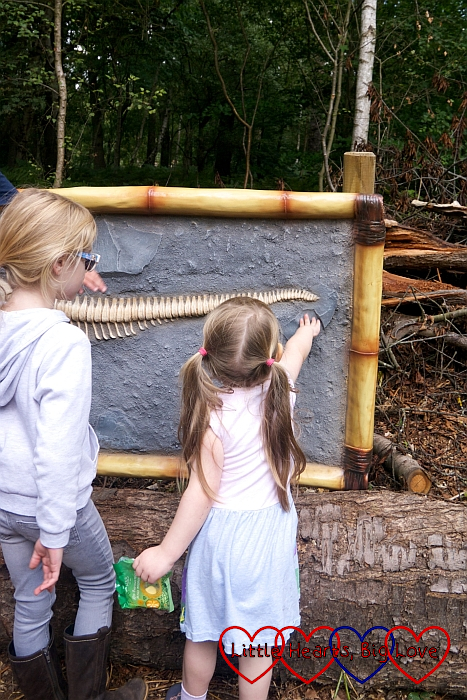 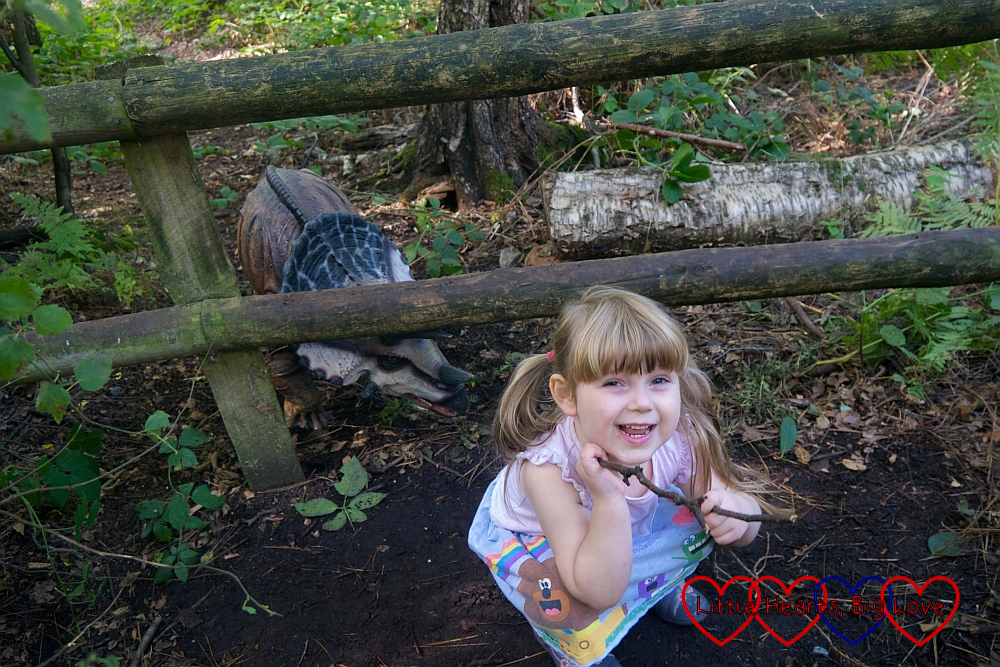 A had brought a T Rex pincher toy with her. Sophie loved this and the two girls had fun taking it in turns to make their dinosaur “eat” the ferns in the woods or pick up sticks in its teeth. 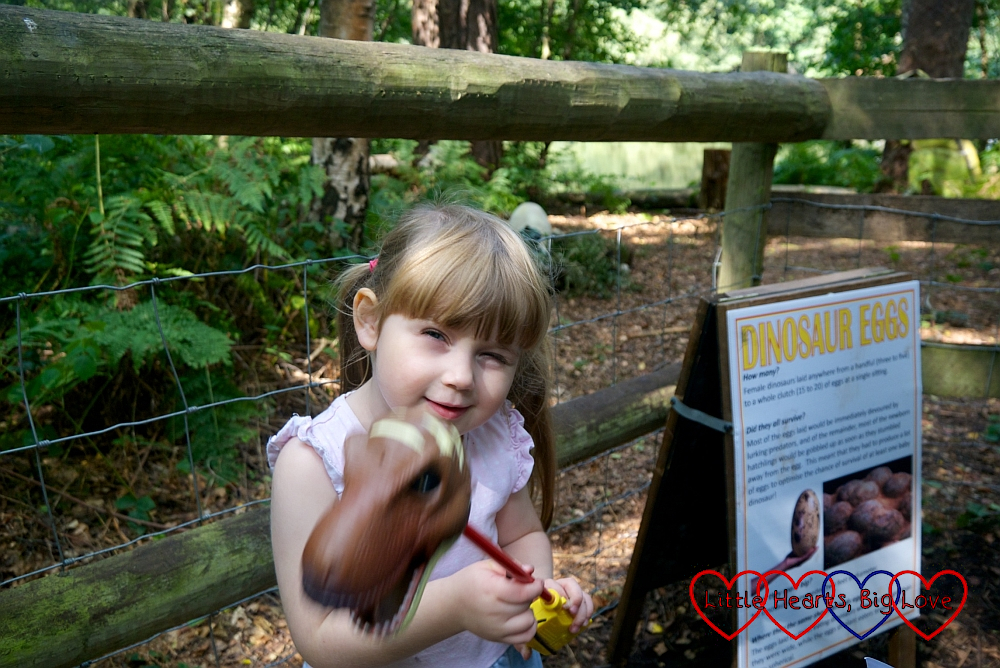 As well as hunting for dinosaurs, Sophie enjoyed collecting sticks and leaves. Some of them were a bit too big for Mummy to be willing to take them home though! 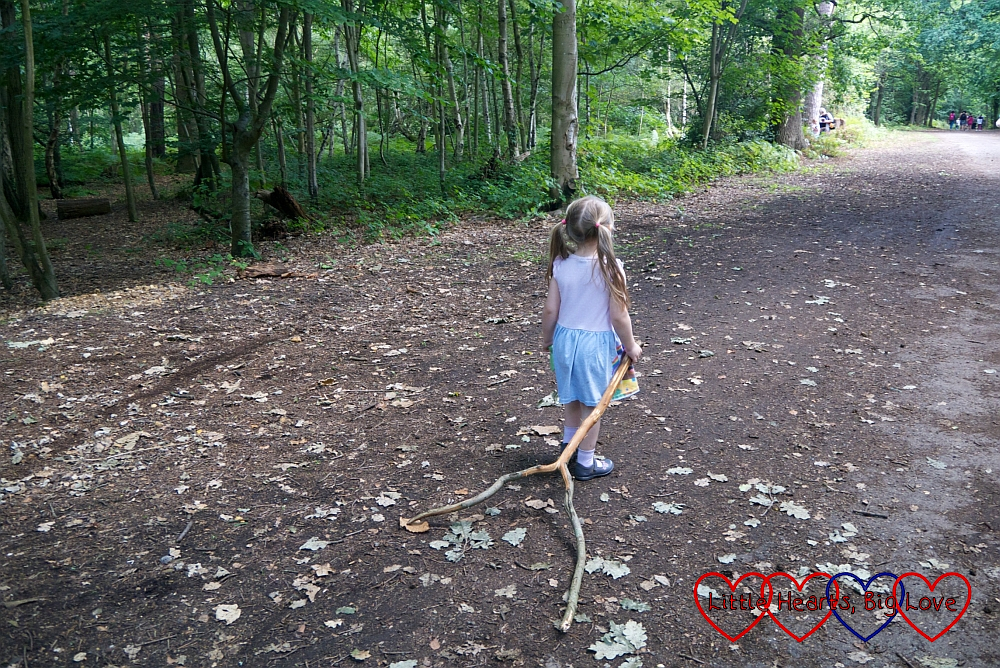 Once we had found all ten dinosaurs on the trail and answered the questions, we returned to the visitor centre to collect our prizes. The girls got to choose their prize from a selection of dinosaur-themed goodies. Sophie couldn’t resist the pink pterodactyl rubber ducky. 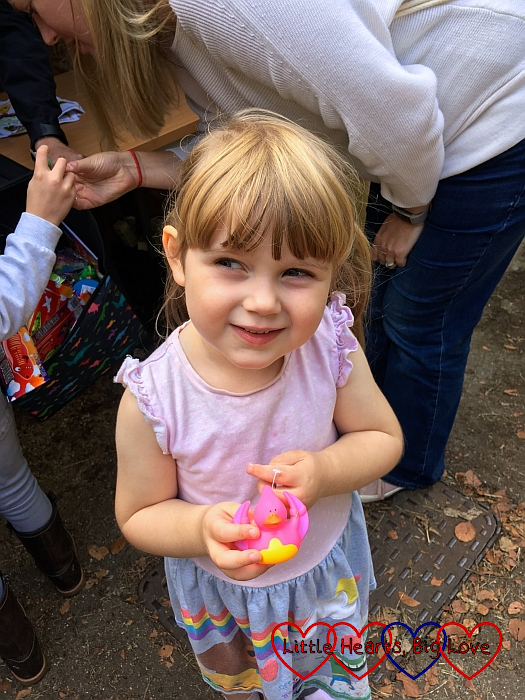 It was lovely to have a day out with one of Jessica’s friends. I enjoyed catching up with A’s mum and Sophie loved having a playmate. It was lovely too to be able to chat so easily and naturally about Jessica and to revisit some happy memories of similar days out. It will always be bittersweet to make these new memories without her but she was still very much a part of our day out and that meant a lot to me. 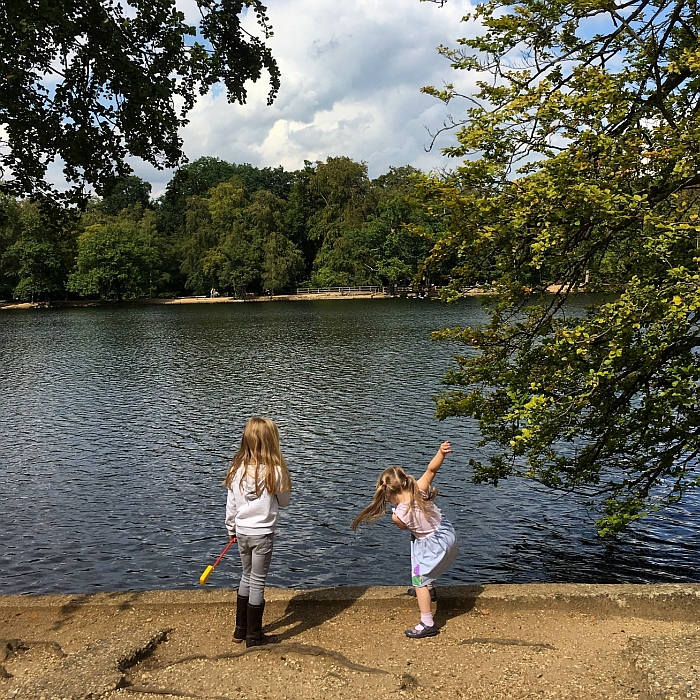 14 thoughts on “Walking with dinosaurs in Black Park”