Woods are magical places full of fairies and elves hiding. My girls love looking out for signs of the fairy-folk when out exploring. They loved hunting for fairies last year on a trail at Black Park. When I saw there would be another trail this year, I knew we had to do it again. 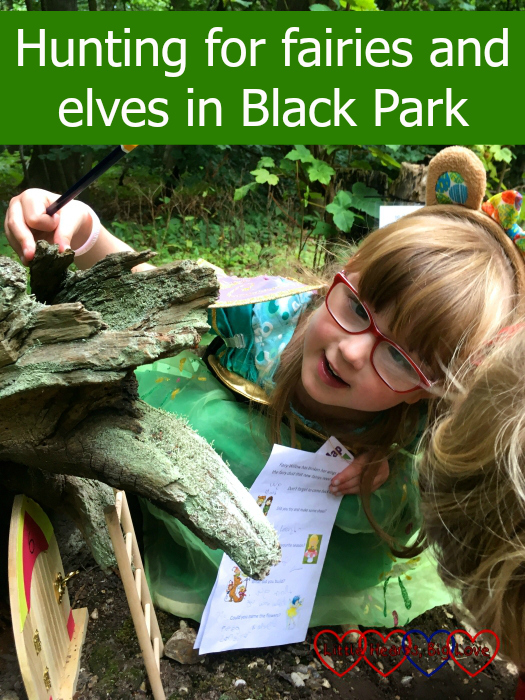 My girls never cease to amaze me with just how much they remember from previous days out. As soon as we reached the stream near the visitor centre, they were looking out for the troll which had been there on last year’s trail. This time though, he must have stayed asleep under his bridge as there was no sign of him.

As much as we loved last year’s trail, it was good to see that this year’s one was going to be quite different. Our quest this year was to help make Fairy Willow fly again after she broke one of her wings. We would encounter Fairy Willow’s friends along the way, who all had suggestions for ways to make her feel better. 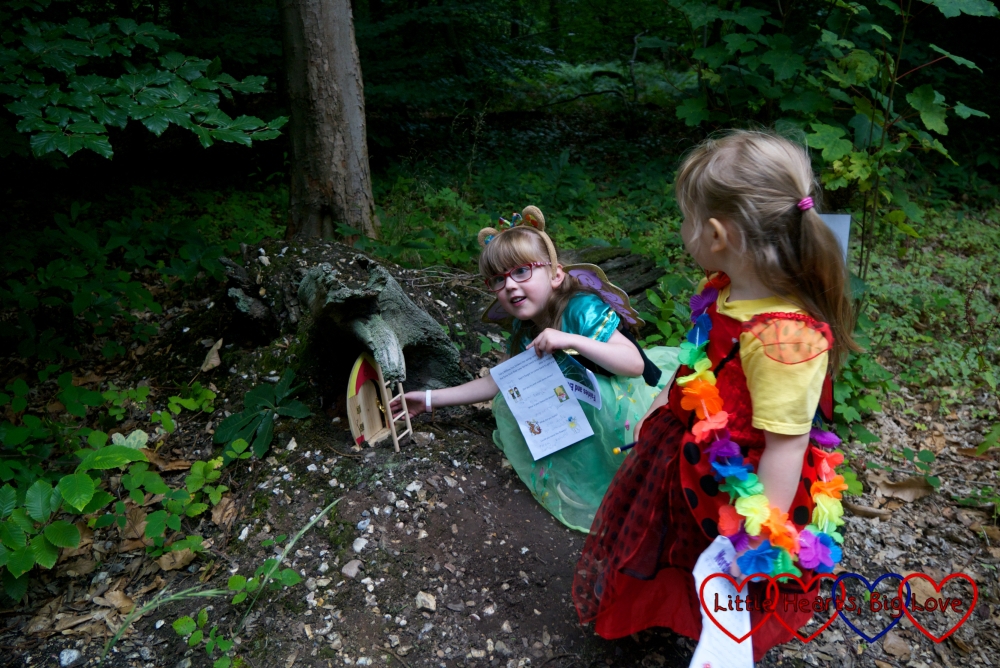 Elf Acorn thought Fairy Willow would like a new pair of shoes. We found a small stick that looked like a fairy’s foot and made a little shoe from a leaf and a long piece of grass. As we made our way along the trail, we spotted a “fairy tunnel” at the base of a tree. The girls decided to leave the shoe there for Fairy Willow to find later on. 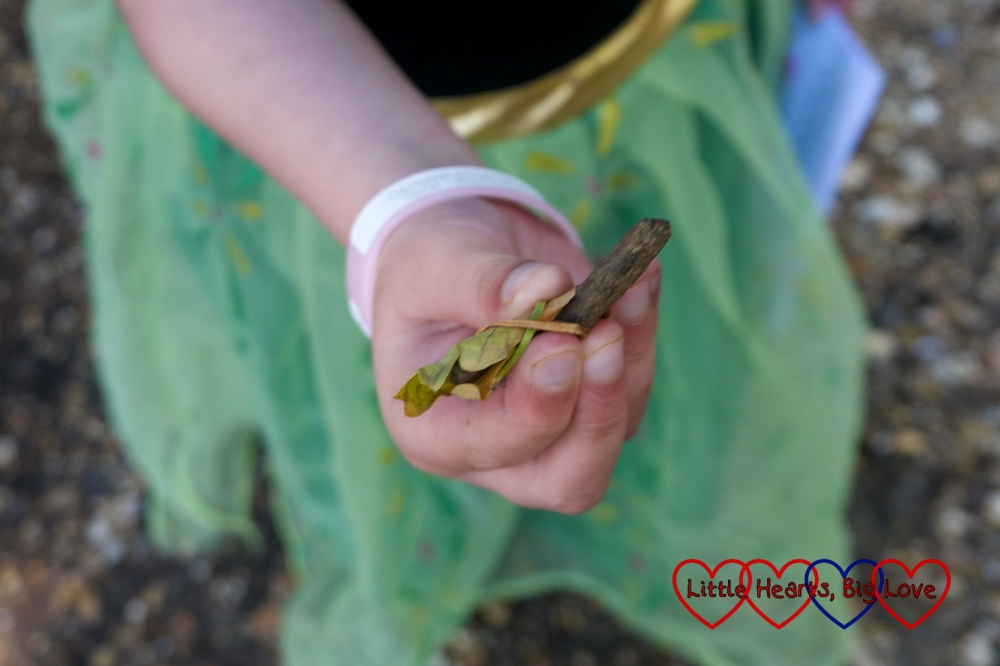 Fairy Summer thought a new dress would help make Fairy Willow feel better. Once again we got creative with some leaves, grass and sticks . We made a couple of dresses that would be perfect for a fairy and left them on a nearby log. 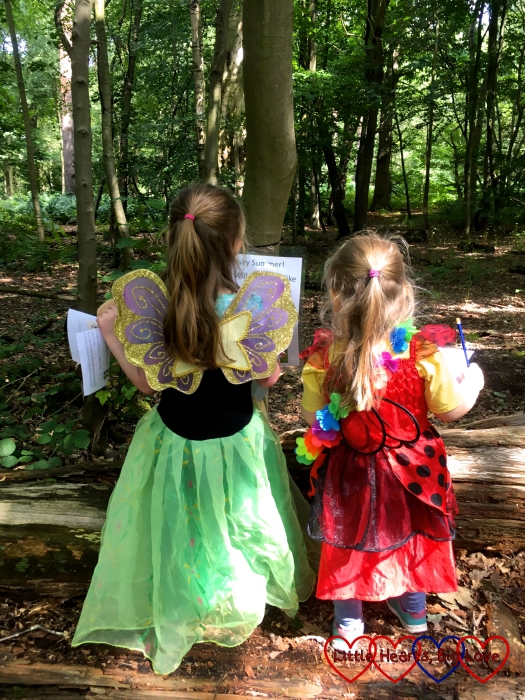 I loved watching the girls getting creative with things they could make for the fairies at each point along the way. We made a tiny wand from a twig and a leaf and a hat from an acorn cup.  The girls carefully placed each of their creations where the fairies would be sure to find them. 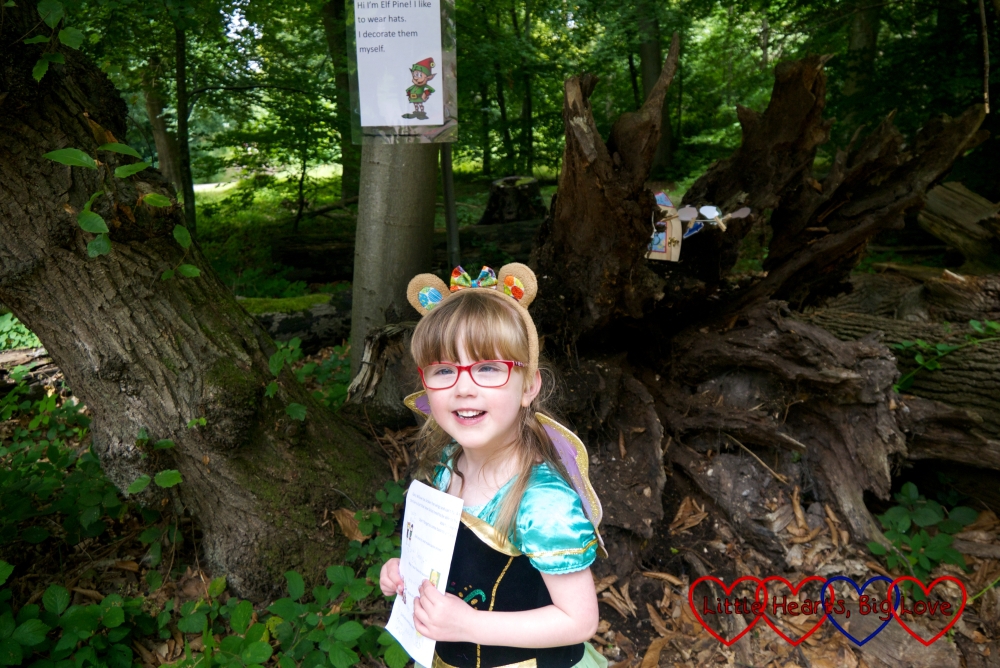 The girls also loved the fairy doors that they spotted along the way. They knocked at a couple but sadly none of the fairies seemed to be at home. 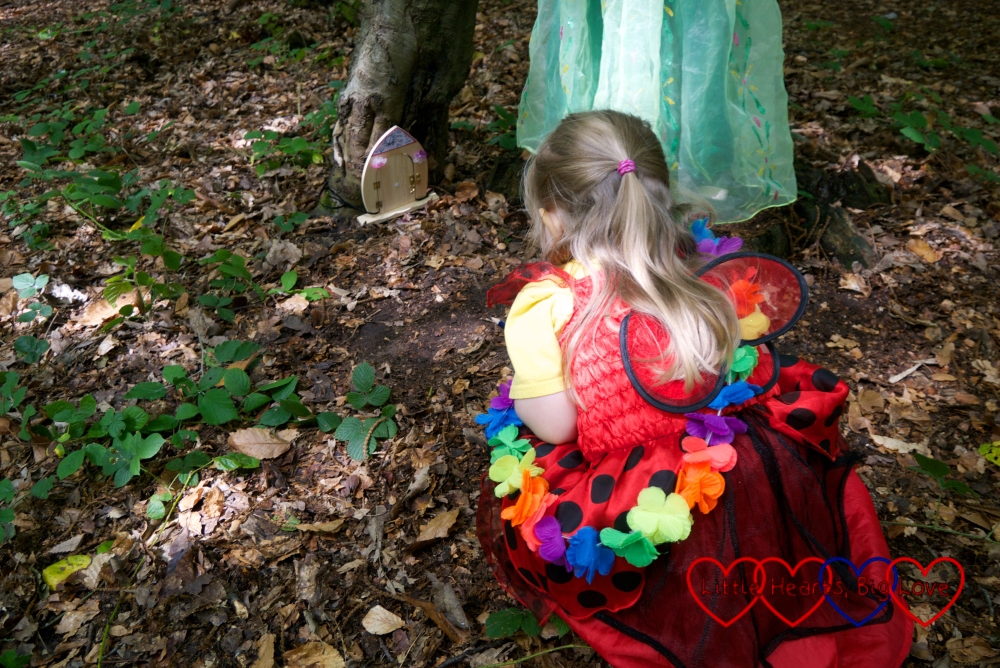 It was a novelty for me not to have to fill in the trail sheets at all. Jessica is getting quite confident now when it comes to writing and Sophie wanted to be like her big sister and do it all by herself. It left me free to just watch them enjoying the trail and take lots of photos of them having fun. The trail was buggy-friendly throughout although Jessica managed a fair amount of walking too. 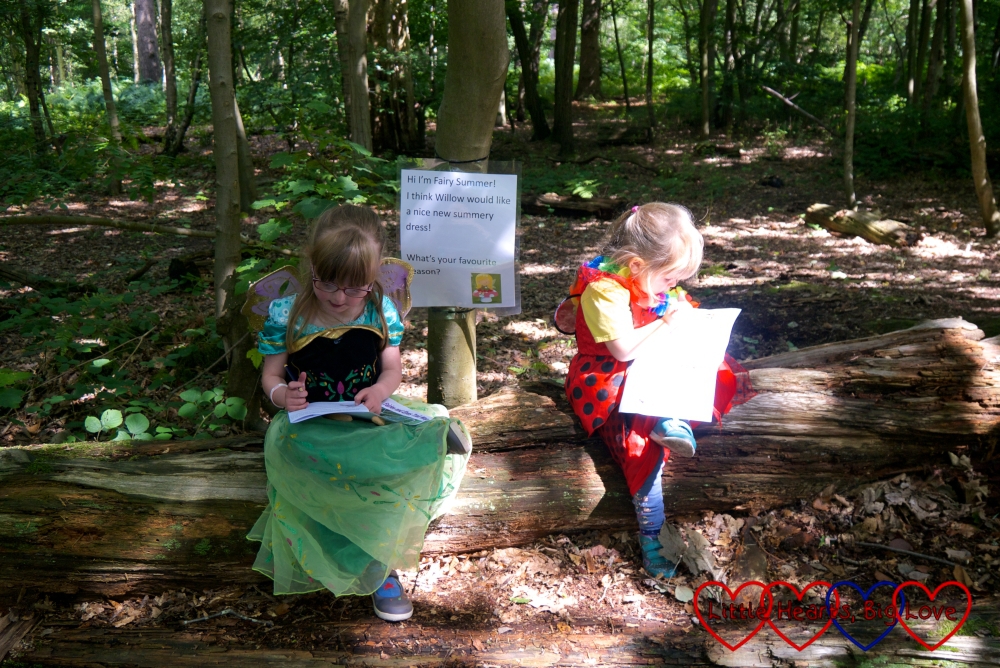 At the final stop, we had to say the magic words to give Fairy Willow a new set of wings. We made our way home via the visitors centre, where the girls picked up some popping candy as a reward for finishing the trail.

For me, it was just lovely to get out and enjoy a magical walk with my own little fairies. There is so much wonder to be found in a walk in the woods and a little imagination goes a very long way. 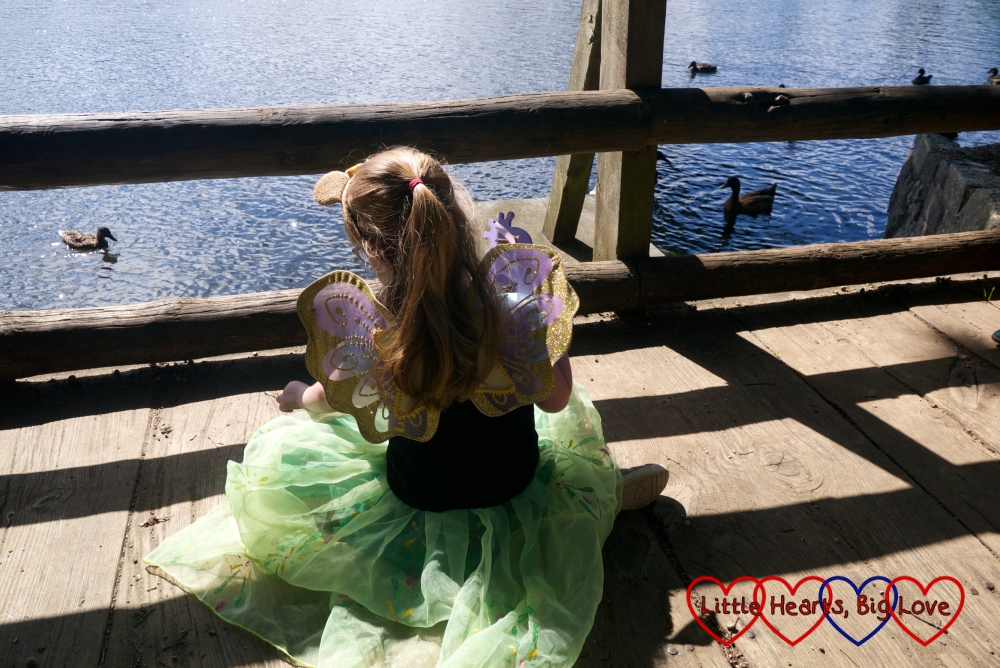 11 thoughts on “Hunting for fairies and elves in Black Park”