Having a trail to follow always makes a walk a little more interesting. It’s also a good way of getting the girls to explore different areas and helping them to enjoy a long walk without being so aware of how long it is. Little legs don’t tire quite so quickly when there are things to look out for and clues to spot! The prospect of a reward at the end also helps!

This year’s Easter trail at Black Park had us looking for different animals to help the Easter bunny find out which one she forgot to invite to her Easter party. We were given a map to follow and a list of eight different characters to look out for along the way. Which character was missing from the trail? 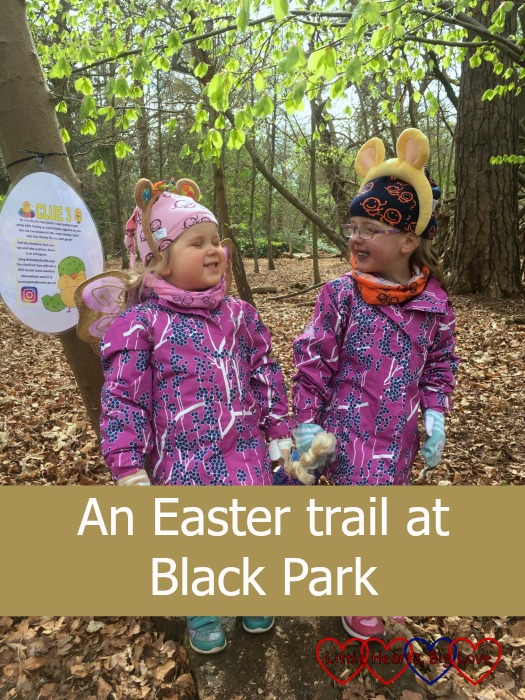 We’ve done a couple of trails in Black Park before. It was interesting to see how much the girls remembered.  As soon as we left the visitor centre, Jessica spotted the bridge where the troll had been on the fairies trail.

“Look, Mummy! It’s the bridge with the troll! Where is the troll?”

“No, Mummy,” she told me. “I think they’ve just put away all the fairy things and the troll. Maybe they’ll put them out again the next time we do the trail.”

I can’t help but feel a little of the magic has been lost with Jessica’s awareness that it is all pretend! 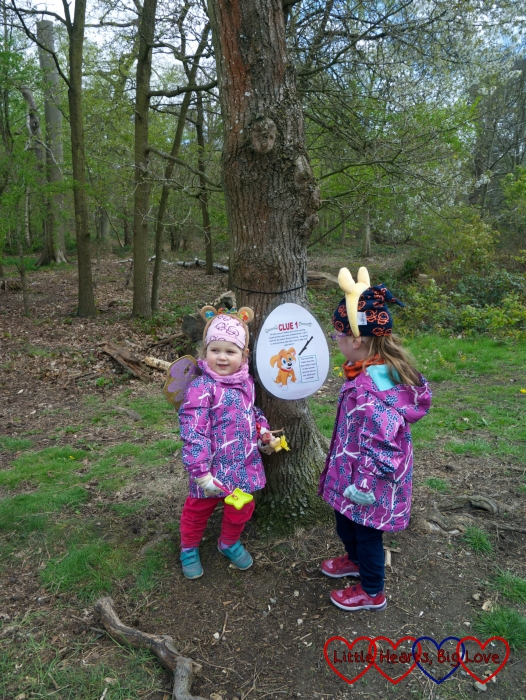 Jessica was a little subdued as we followed the trail and clung to my hand most of the way. It was a fairly chilly day. Although I kept adding layers underneath her coat to keep her warm, she was struggling. I’d also left the buggy at home, as the trail hadn’t been especially buggy-friendly last year. Fortunately, Jessica just about coped with the walk, with regular stops to sit and rest. 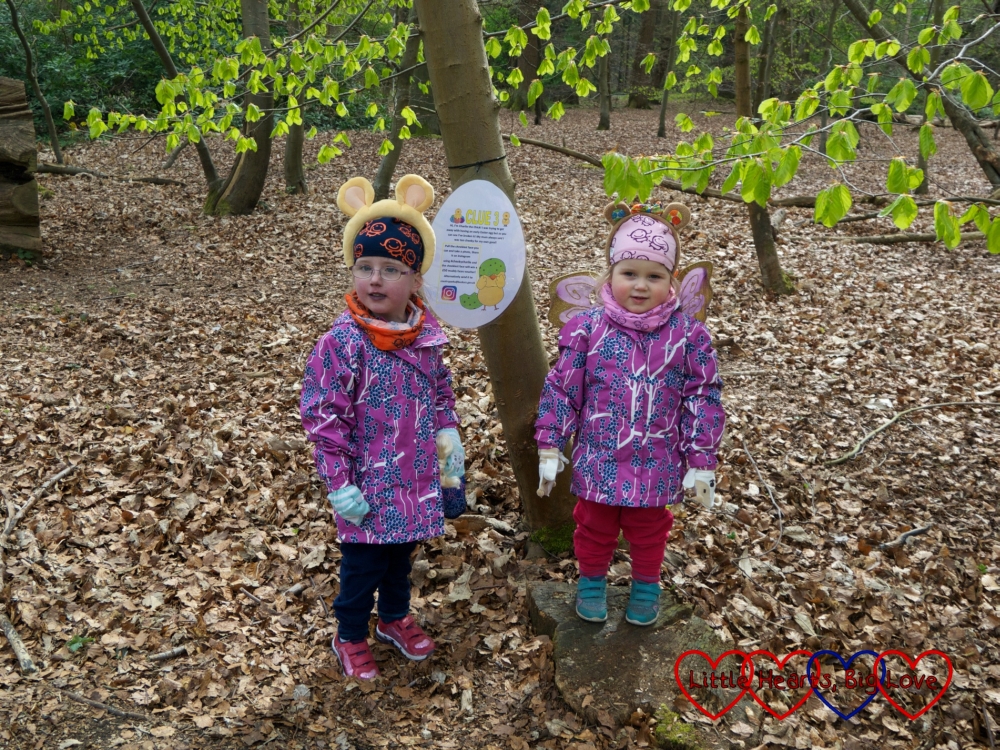 Sophie, on the other hand, was happy to run ahead. She got quite excited each time she spotted an arrow, or another clue. She loved “putting a kiss” next to each animal on the sheet that she found. However, she was quite disappointed when we reached the end of the trail and hadn’t spotted the last animal. I did try to explain that there was one animal missing and we wouldn’t find it – but she kept telling me that she wanted to find the last one! 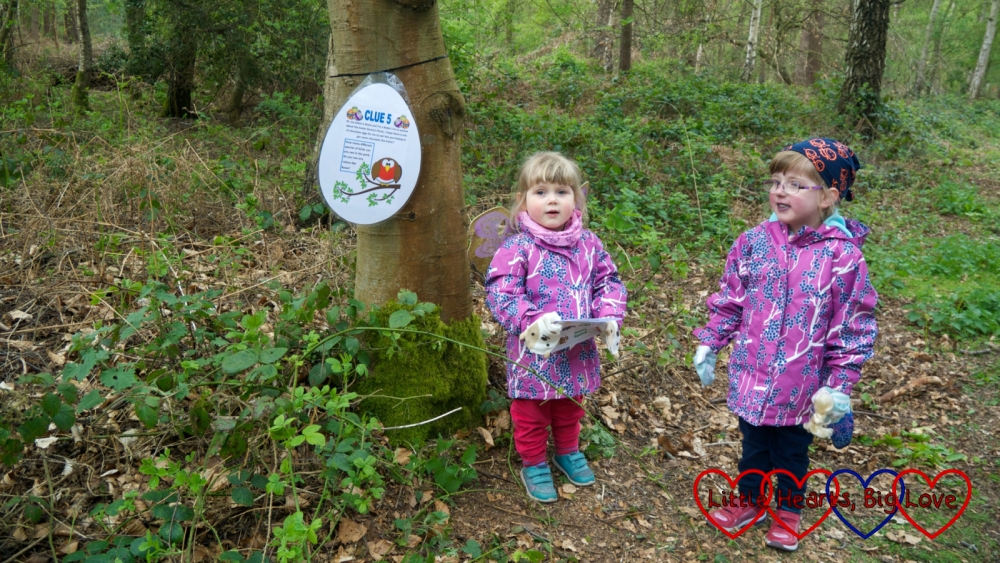 Sophie was also disappointed to miss out on a trip to the playground at the end of the trail. Usually Jessica manages to find a little extra energy at this point, but she was just too tired this time. Thankfully, getting a chocolate egg each as a reward for finishing the trail helped to ease some of Sophie’s disappointment. 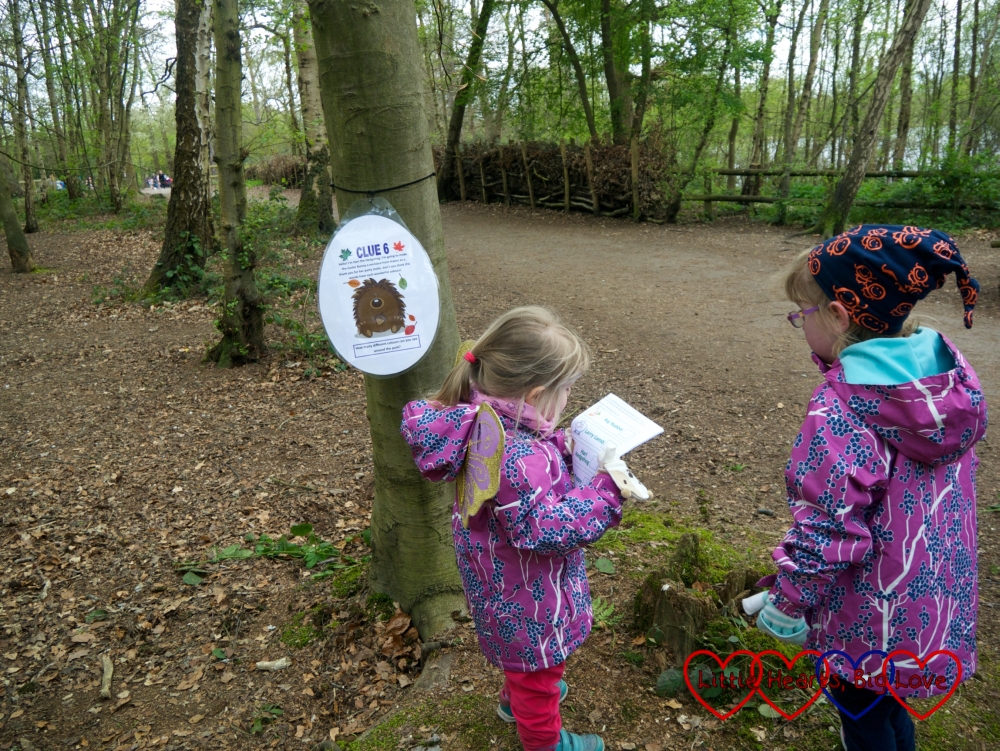 Although Jessica did manage to cope with the walk, it did completely wear her out. She fell asleep within minutes of getting back to the car. It was another moment though that has made me aware that her energy levels aren’t quite what they were last year. She’s now five years on from her last open heart surgery. Although she’s doing well, the signs that the next surgery is needed are definitely starting to appear. 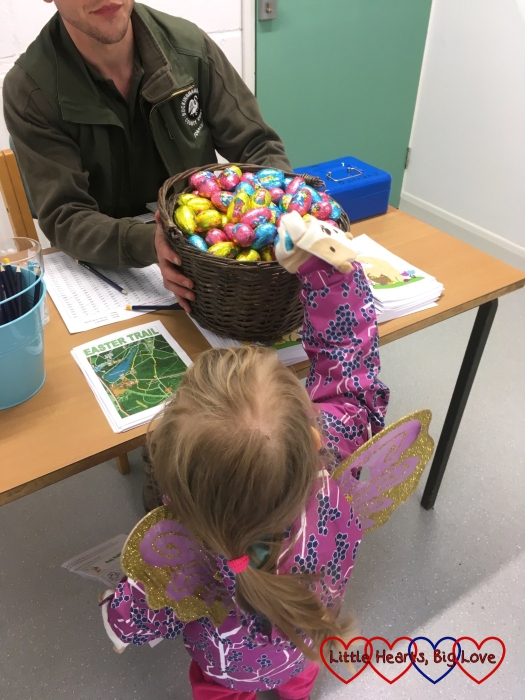 30 thoughts on “An Easter trail at Black Park”