Throughout Heart Month, I’ll be sharing various stories from heart families about their experiences. Today’s post is from Philippa who blogs over at Sounding Like My Mother. Philippa is a mum of five children, two of which have heart conditions. As is the case with 1 in 3 babies with a congenital heart condition, her eldest son came home from the hospital with it undetected. This is the story of how Philippa’s journey as a heart parent began – thank you for sharing it. 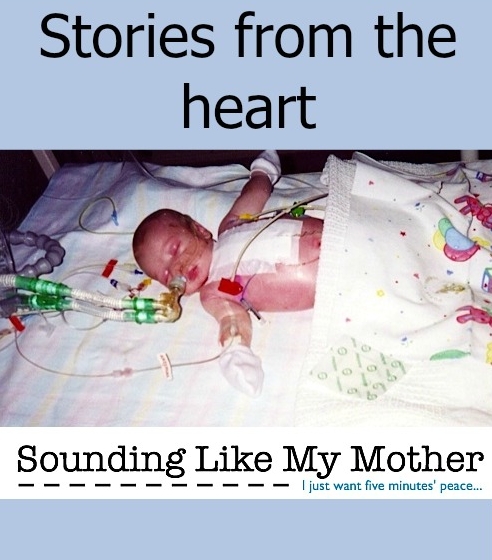 I wrote last year about the end to the first part of our heart journey with our eldest son but I have never written about how that journey began until now.  Many parents get the news that their baby has a heart condition before the baby is even born, during their 20 week anomaly scan.  This wasn’t the case for us.

My first pregnancy had been completely uneventful and normal.  My labour and delivery were much the same.  Our son, James was born on his due date, on Friday 13th October 2000.  He was perfect (to us at least).  There were no hints as to him having any sort of heart condition at all apart from the fact that his hands and feet were blue.  I asked a midwife if he was OK and was assured that this was all perfectly normal – I’d had a quick delivery, he’d warm up eventually.  We were sent home from hospital two days later after being given the all clear by a doctor. 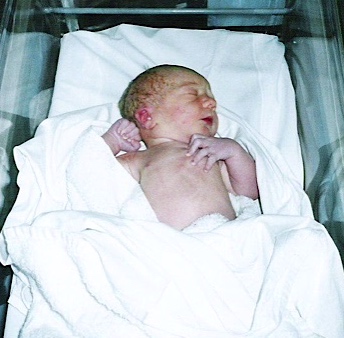 Looking back I knew something wasn’t right (mothers intuition maybe?) but was continually reassured by the various medical professionals that visited our home over the coming weeks that all was well.

One afternoon after a visit from the health visitor, who told me my son was not gaining weight and it was probably my fault for not being able to feed him properly, I found myself in the doctors surgery. As I was waiting I said hello to my midwife who happened to be walking through the surgery waiting room. She stopped and looking at James for a few moments excused herself and rushed into the doctors office. Moments later we were ushered in, our appointment had not even been called yet. The doctor looked worried and asked me to undress James so that she could have a proper look at him. She listened to his chest and then called through to the receptionist and asked for an ambulance immediately. His heart rate was unusually and dangerously high.

The ambulance seemed to arrive in no time at all. I was panicking, tearful, worried. The paramedic in the ambulance let me hold my son while an oxygen mask was placed over his tiny face.   The health visitor, the same one who had come to my house only that morning came along with us.   I did not want her there, but she insisted.

We arrived at the hospital in no time at all and were immediately shown into a bed space in Accident and Emergency. Doctors were there – paediatricians, lots of them and nurses too. James lay on the huge bed crying as they poured over him.  I was told to stand back.

After a short while the Paediatric Consultant came and spoke to me.  They had given James some antibiotics as they first suspected an infection in the heart but these had not worked. The consultant informed me that because of this it was likely that James would need to be transferred to Alder Hey hospital for surgery that night.

Soon after this they moved James to a private room as they needed to intubate him quickly order to try and stabilise his breathing. This was not straightforward. The consultant looked stressed he told me that if I was not quiet he would have me removed from the room.  I was hysterical – I could not believe what was happening to our boy.

James was eventually put on a ventilator although in the end I had to leave the room, I couldn’t watch.  My parents-in-law and husband had arrived during this time and we all sat in the parents waiting area until we were able to come back in and see James.

We now had to wait until the team from Alder Hey arrived in their ambulance to take our son. It felt like hours. I can remember my top suddenly feeling very damp and nurse asking me if I would like some breast pads. I hadn’t bought any with me, I didn’t think we’d be there that long.

Eventually the team from Alder hey arrived – a doctor and a really friendly nurse (a Sister in PICU called Jane, who I got to know well over the coming weeks) and also two paramedics.  I thought that the handover would be brief and then we would be able to go to Liverpool, however the team took their time – not only did the equipment all have to be transferred over but the medical handover took nearly an hour. I remember waiting outside and the paramedics who were waiting to drive back to Liverpool, playing pool in the children’s ward play area to kill time.

Once they were ready to leave they explained that we weren’t allowed to travel in the ambulance with James. We were told to make our own way to the hospital but not to follow the ambulance, as it would be travelling up the motorway under blue lights.

My father-in-law took us in his car as we were both too upset to drive. We made our way to the car and watched from the back seat as James was loaded in an incubator into the back of the ambulance. That was the last we saw of our baby until we arrived at Alder hey Hospital Paediatric Intensive Care unit.

I don’t remember much about that journey – silence, phone calls to my parents, seeing the Ambulance rush past the end of the road (we’d taken a shortcut to try to keep up with them) with its blue lights flashing, joining the M6.  All a bit of a blur really.

It was 11.30 pm by the time we arrived at Alder Hey.  James was being settled into his new bed space, hooked up to machinery, having scans and tests to determine his condition.  The cardiac team working out a plan. 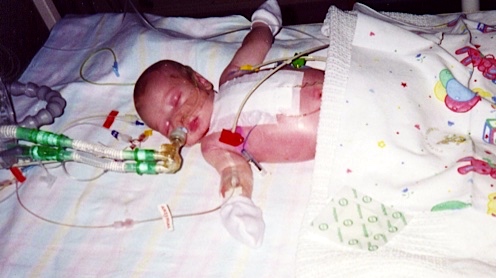 We were the only people in the parents lounge, until the Cardiac Consultant walked in. He was carrying a form.  A consent form for surgery.  His team had diagnosed our son.  He had Transposition of the Great Arteries.

He drew a diagram and explained what needed to be done next.  James needed a Balloon Septostomy that night to stabilise him before he received open heart surgery to correct his arteries.  My husband immediately started crossing out and amending parts of the consent form (typical lawyer!), Alder Hey were under investigation for an organ donation scandal which was in the forefront of our minds.  Maybe his actions were misguided but looking back I think he was just in so much shock that he felt it was all he could do.  Our consultant took it in his stride and encouraged us to see James before they took him down to the Catheter Lab for his procedure.

I remember thinking that the PICU looked a bit like the bridge of the Starship Enterprise when I first saw it. So many monitors beeping away, and flashing lights (the things I would become so familiar with, almost addicted to watching, over the next few weeks). At the middle of it all lay our baby.  Still ventilated.  Waiting.  They took him to the Catheter Lab shortly after this and he returned an hour and a half later, pinker looking but still very ill.

I often wonder what it would have been like to know, to have been prepared before his birth.  We were all very lucky to have had so many quick thinking healthcare professionals looking after him that day.  I was and still am completely indebted to them.

2 thoughts on “Stories from the heart – Sounding Like My Mother”