I’m somebody who likes to surprise my close family members on their birthdays, perhaps with an unexpected gift that has the personal touch or a surprise visit – such as the time I walked in an hour into my mum’s surprise 60th birthday at just the point that she was saying what a shame it was that all the family were able to be there apart from me (thinking I was at a dance competition that weekend). 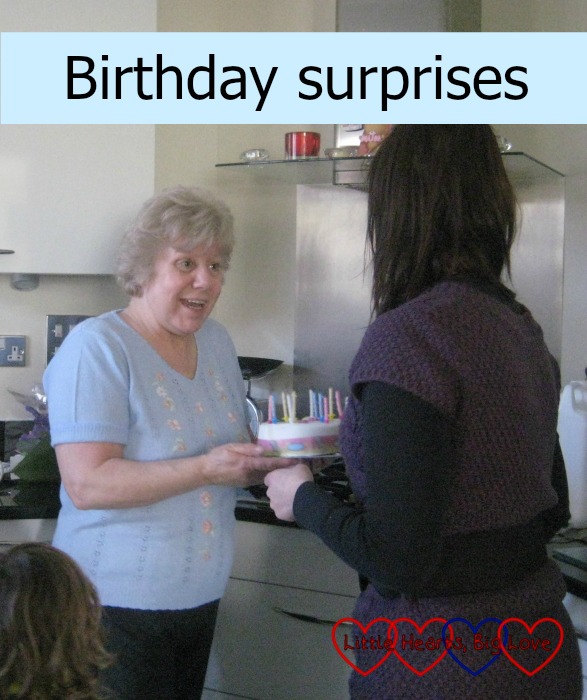 Back in our university days when hubby would go home for the summer, I planned a surprise for him on his birthday (which is in August) with the help of his parents. His dad picked me up from the station in his van and I ducked down out of sight as we arrived at their house before getting inside a big box in the back of the van. My father-in-law told hubby that a parcel had arrived for him at work but it was a bit too big to carry into the house and of course, when hubby opened the box, out I jumped!

Every other year for the last four years, we have given my mother-in-law a very special surprise on her birthday – the announcement of a grandchild being on the way. I had a very early scan when I was pregnant with Jessica and made a card with the scan photo on it to say “Happy Birthday, Grandma”. We’d already done the exchanging of presents and cards earlier in the day but when we were out for her birthday meal that evening, I just handed her the white envelope with the card in and said casually “oh, we have another little something for you.” She opened the envelope, saw the card and promptly burst into happy tears. 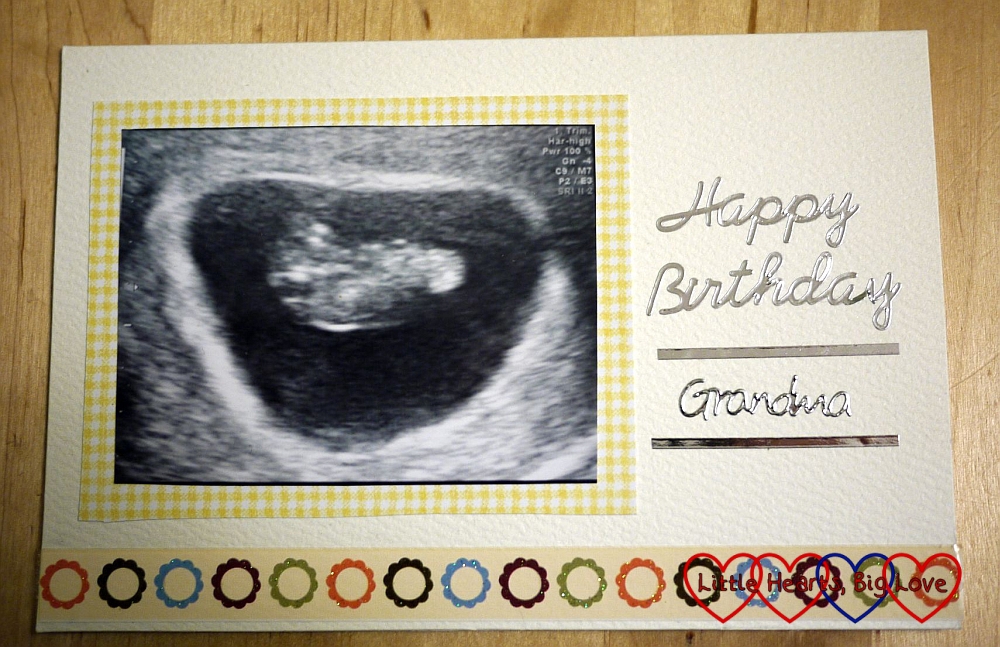 Two years later, my mother-in-law sat opening her cards and presents with Jessica sitting on her lap and ‘helping’. “It’s a little warm in here,” I said, “could you take Jessica’s cardigan off please?” and there was a T-shirt reading “I’m going to be a big sister!” Cue more happy tears. 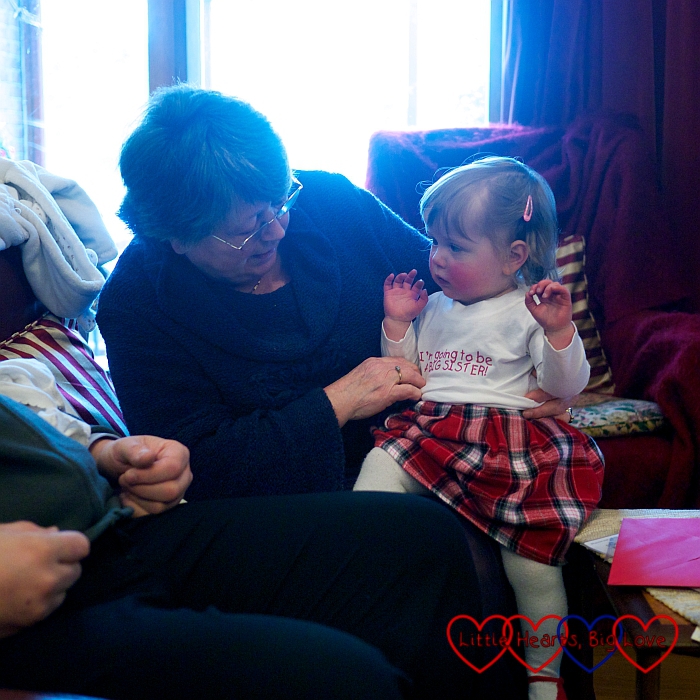 It made me chuckle when my mother-in-law said earlier this week “no surprises this year, please!” in the run-up to her birthday – it’s been two years since the last announcement and whilst she adores her granddaughters, I don’t think she’s quite ready for another grandchild just yet! That’s just as well as we weren’t planning on making any announcements at the moment! It may be that we decide to try and extend our family a little more, but with Jessica’s next surgery likely to take place in the next year, it’s not something we’re considering right now. 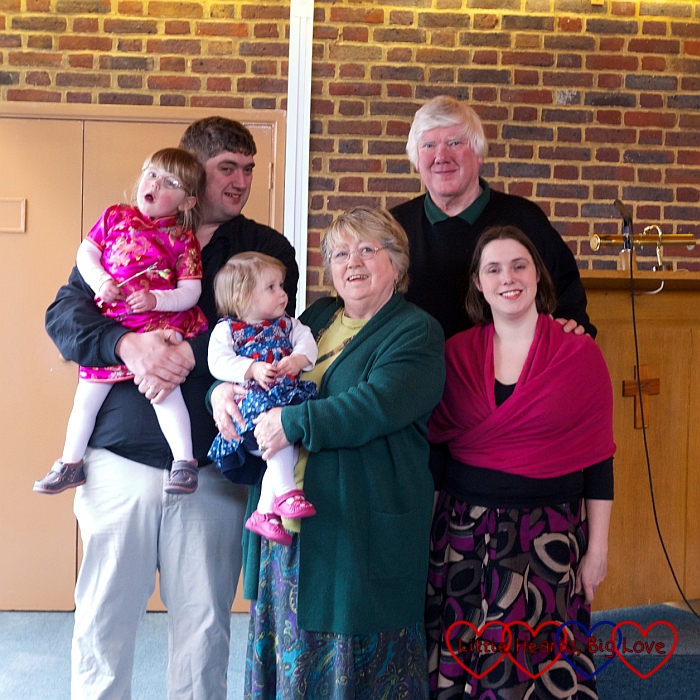 So no big surprises for Grandma this year. Just a few birthday gifts, a lovely afternoon as a family and going out for a Chinese meal together. Sometimes it’s just nice not to have any surprises and besides, once you start to expect the unexpected, the impact gets lost anyway. 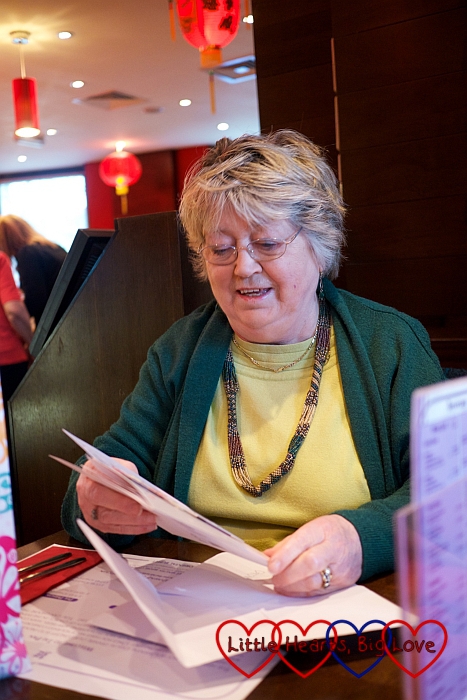