After a lovely summer (albeit one where we’ve been in limbo for most of it!) we’re now back to normal routines with the girls at school and preschool. Jessica started back in Year 1 and celebrated her 6th birthday on the same day, and Sophie is now doing three mornings at preschool and staying for lunch each day. As lovely as the summer was, it has been nice to get back to routines once again. Knowing that Jessica’s heart surgery has now been postponed until early November has also meant I can relax a little. I’m no longer waiting for the call giving us a surgery date. That call won’t happen now until next month and so for now, I’m trying not to think about it and just enjoy this time with my girls. 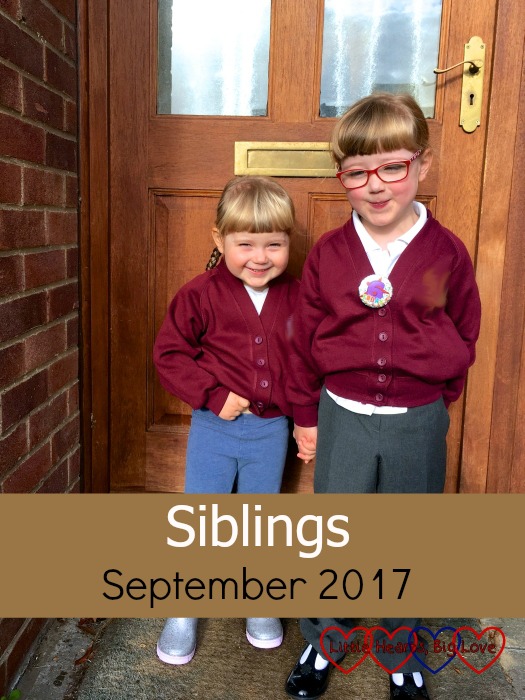 I’ve said before about how the age gap between my girls has seemed to shrink as they get older. Over the last month, there have been moments when they seem to swap places. Sophie seems to be becoming more aware of her big sister’s special heart and the fact that Jessica often cannot keep up with her. Whereas she used to just run on ahead regardless, now she looks back and waits. Sometimes she helps encourage Jessica on.

There was one moment that made me well up in the summer holidays. We were visiting a National Trust property one day at the end of August. There were steep paths and steps leading down to the gardens. We managed to venture partway down but decided not to go any further as it was too difficult with Jessica’s buggy. It was too steep to push the buggy back up the path and so Jessica had to get out and walk. Sophie could see her big sister was struggling, so held out her hand and said “Don’t worry Jessica, I will help you. You can do it!” 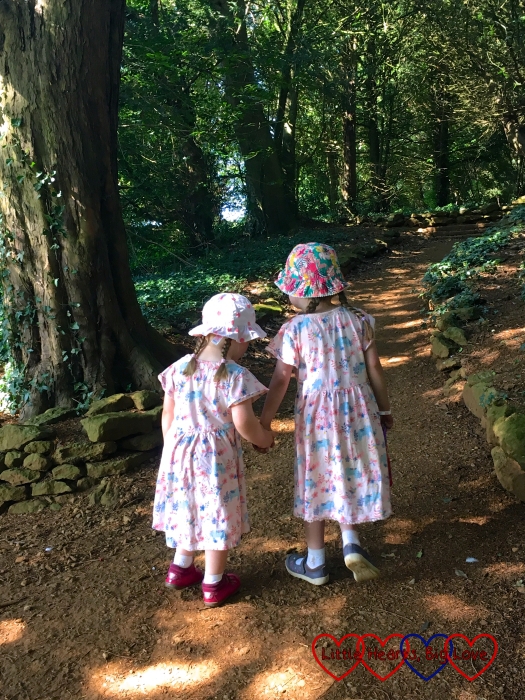 This was my view as I followed behind them. I love the way they are turned in towards each other as they head up the hill. For me, this is the photo that captures their sibling bond at its best. It shows just how loving and caring they are towards each other. That view of the backs of their heads is the one I seem to see most often: the two of them, lost in their own little world together. 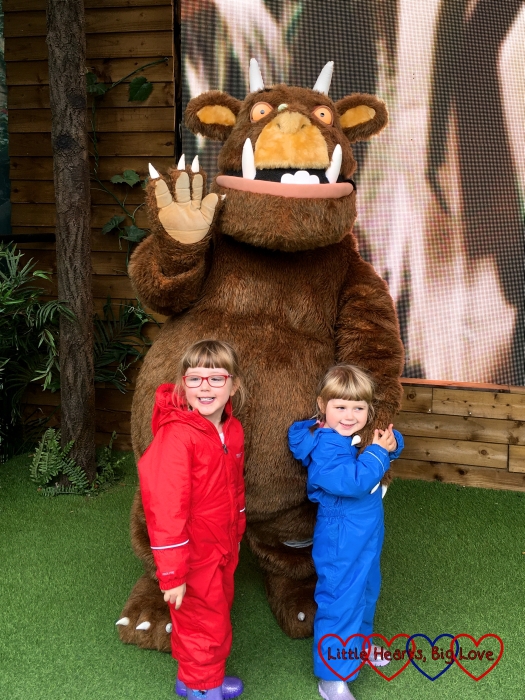 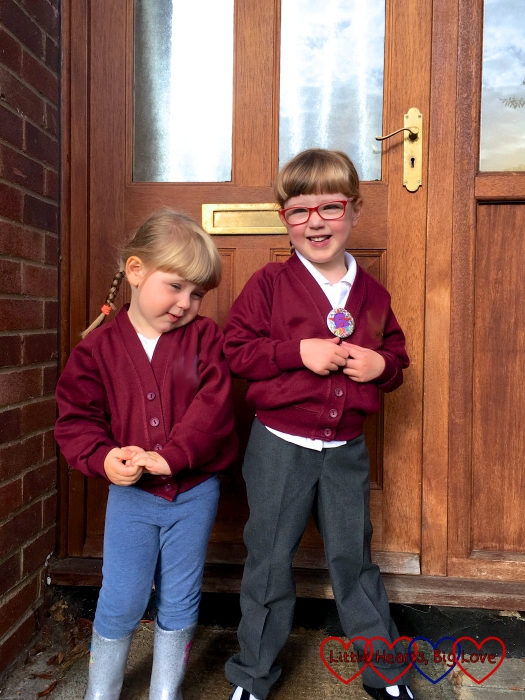