One of the first things Jessica requested when we were putting together our summer activities list at the start of summer was to go to Peppa Pig World. We have been there a few times now with other heart families and the girls love it there. At the start of the summer, we thought that we would probably be heading down to Southampton for Jessica’s next heart surgery. My plan was to go down a day early so we could visit Peppa Pig World before Jessica went into hospital.

As the summer went on, we began to suspect that heart surgery would not be on the cards over the holidays. Jessica’s birthday was at the start of September. We hadn’t organised a party for her because of being in limbo about the surgery. By the time we realised that the surgery wouldn’t happen before Jessica’s birthday, it was really too late to organise a party. Instead, we decided to go to Paultons Park and Peppa Pig World as a birthday treat. 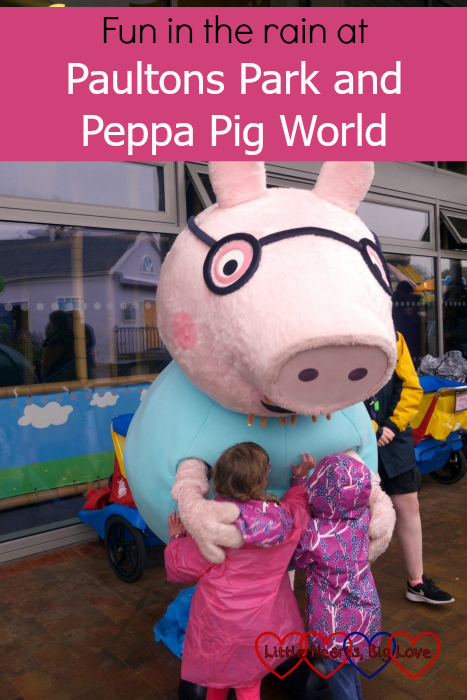 The lovely weather that we had at the end of the holidays came to an end on the day we were due to go to Paultons Park though. We woke up to a cool and drizzly day. I wasn’t too bothered. We all had waterproofs and I knew that the queues would be much smaller due to the rain. 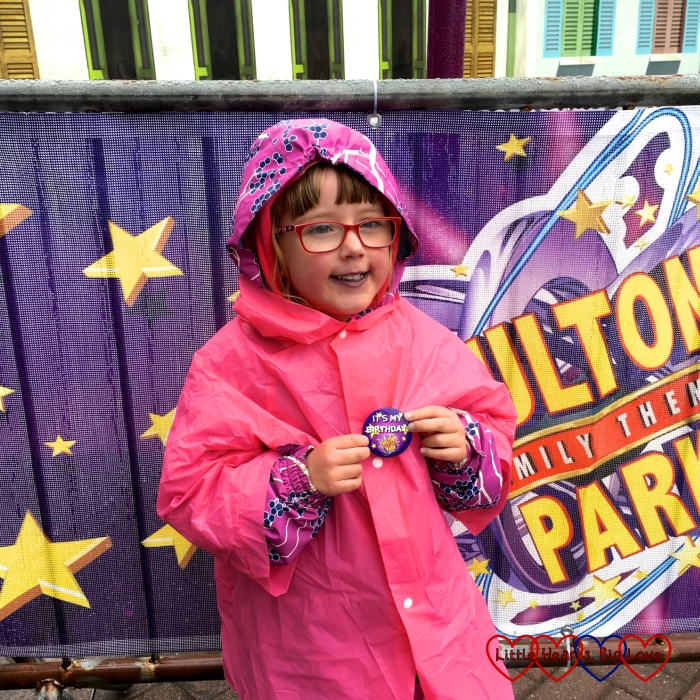 We arrived at the park shortly after 10 and made a beeline for Peppa Pig World, stopping along the way to say hello to a ray. We knew from previous visits that Miss Rabbit’s Helicopter Flight tended to have longer queues so we went on this first, followed by George’s Dinosaur Adventure. As I’d thought, the queues were much shorter than I would normally expect at this time of year. 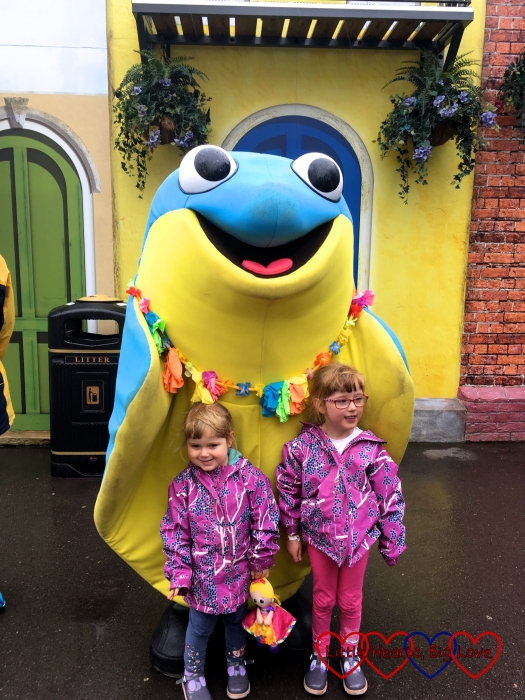 While the rain meant that the queues were shorter, it did bring its own challenges with trying to keep Jessica warm. She had a long-sleeved top and a cardigan on underneath her waterproof coat, but was still quite blue and cold. I ended up having to go to the Peppa Pig shop to buy her a warm hoodie. An unexpected extra birthday present! 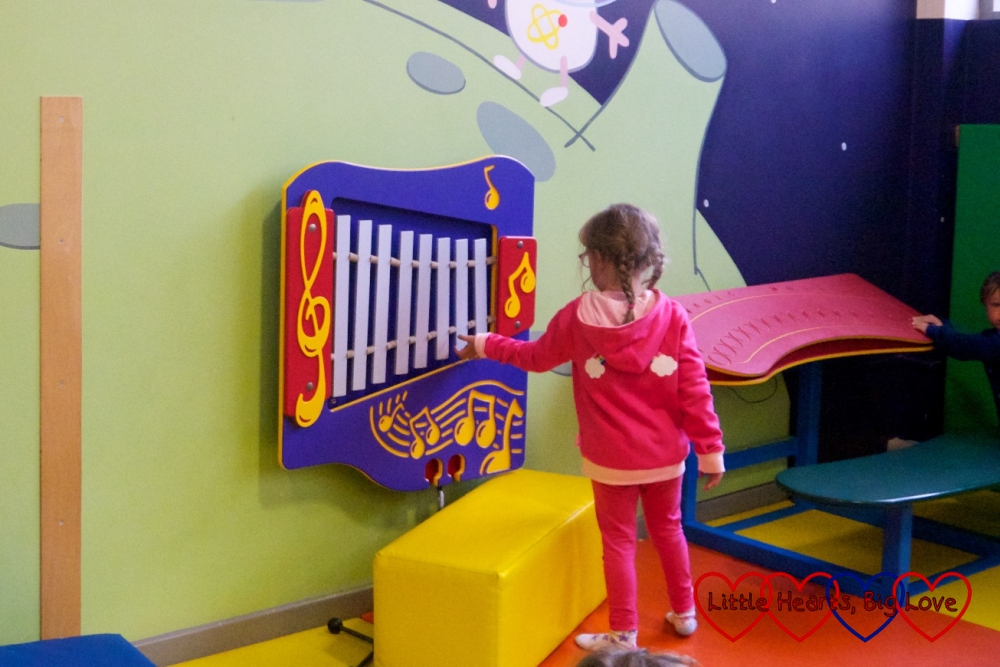 The indoor soft play area at George’s Spaceship Playzone was the perfect place to stop for a while to help her warm up. The girls had lots of fun there. The only downside was that it was tricky at times to keep track of them both due to all the different play areas there! 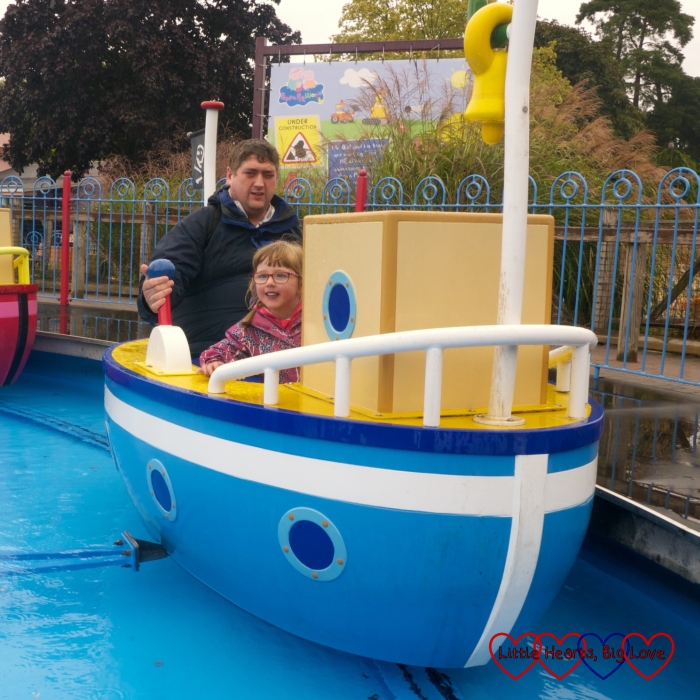 Once Jessica had warmed up again, we headed back out on the rides. It was still raining but on the plus side the girls got to go on all the rides in Peppa Pig World without having to queue for very long for any of them. 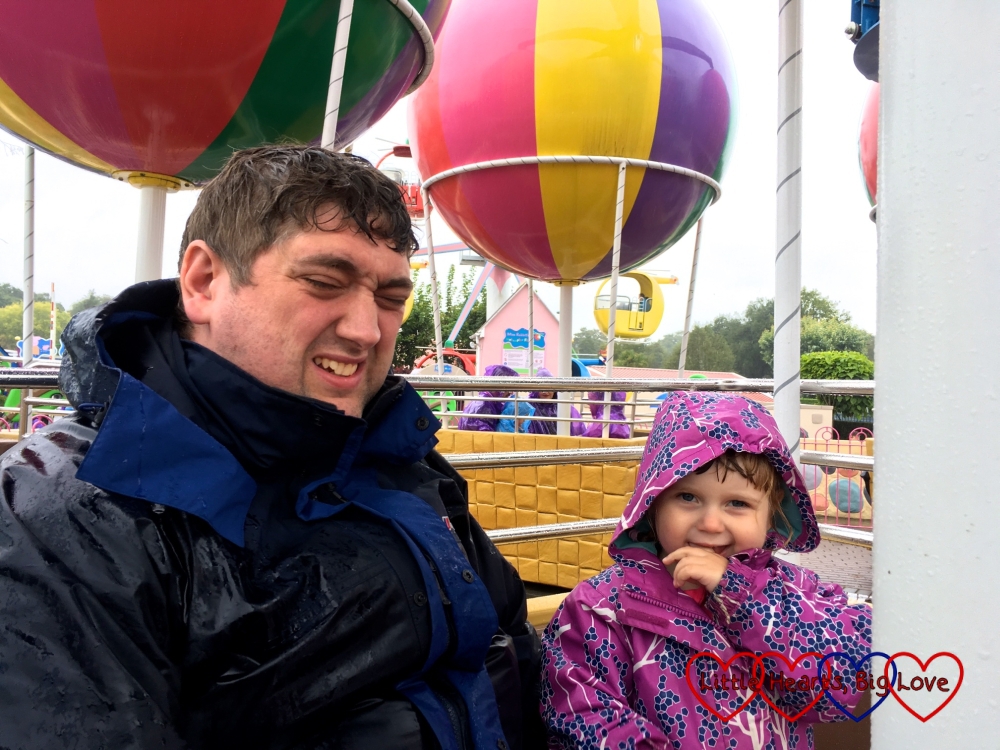 Jessica would have quite liked to go to Mr Potato’s playground outdoors but we decided to give this a miss. Despite the extra hoodie (and the addition of two ponchos that I found in my bag) it was still a challenge trying to keep her warm enough. Thankfully there were a couple of indoor areas, such as inside Peppa’s House where we could take shelter from the rain and warm up a little. 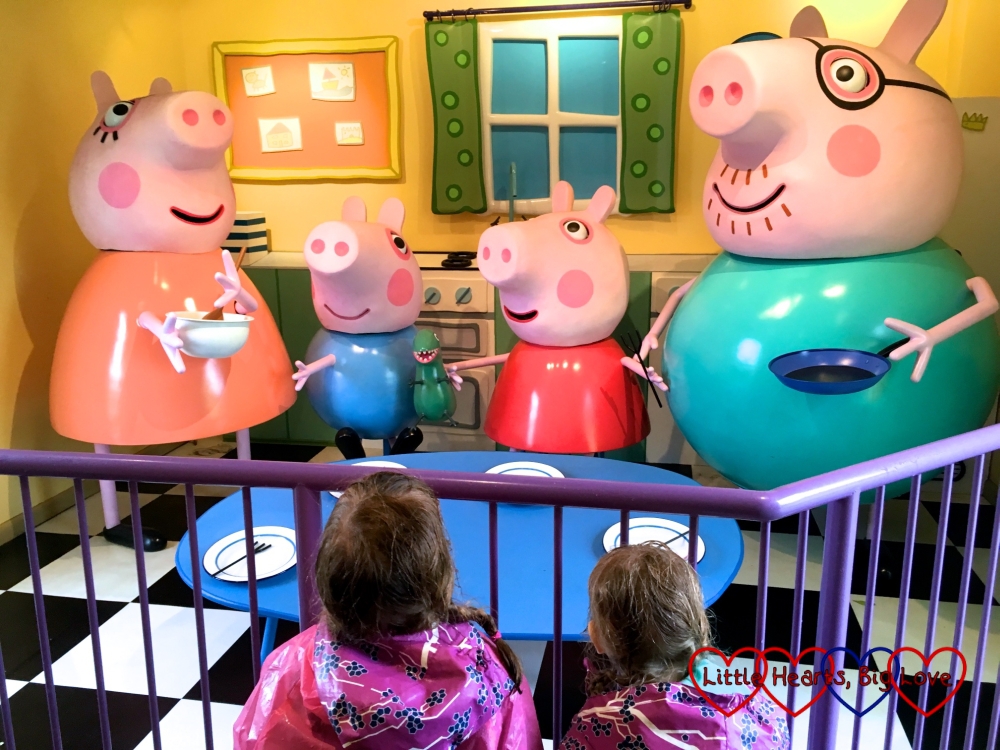 The girls also got to meet Peppa and George and have their photo taken with them. Later in the morning, we also spotted Mummy and Daddy Pig. Needless to say, we had to get photos with them too! 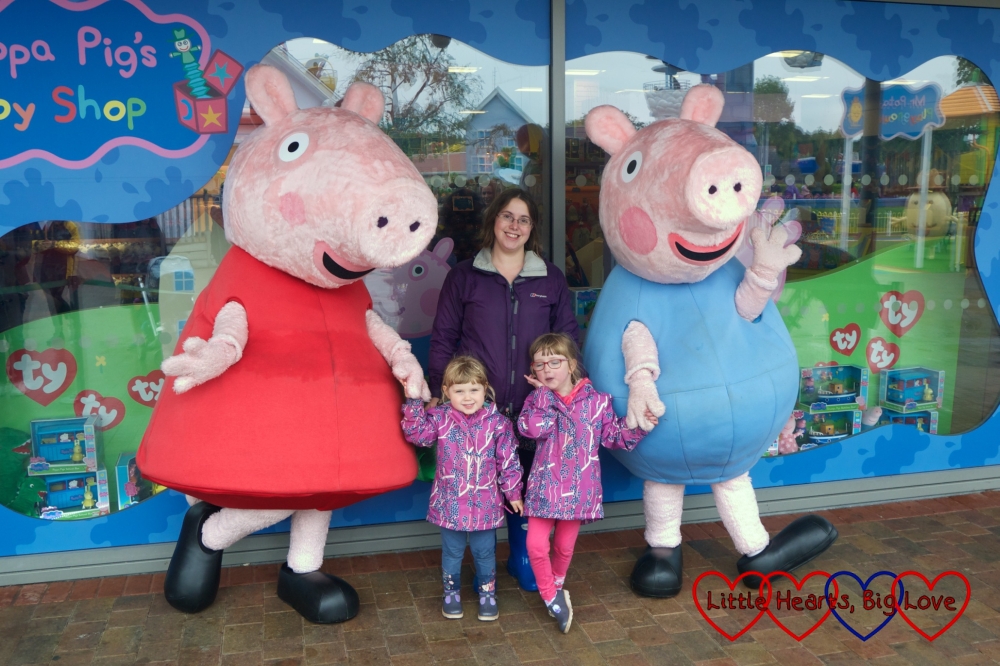 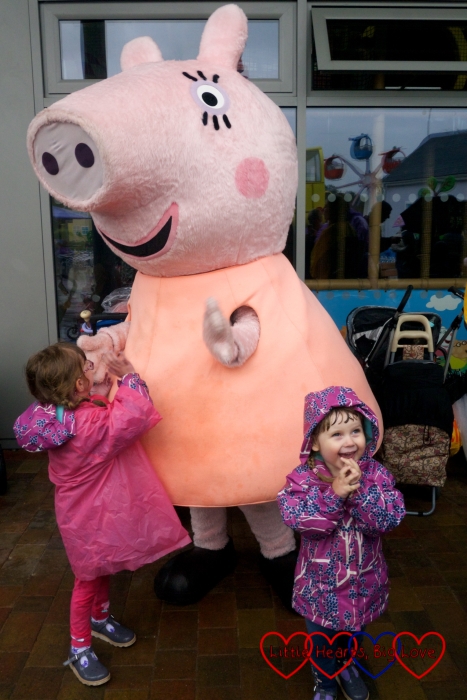 One downside of Peppa Pig World is the lack of a cafe with indoor seating. We were keen to try and finish Peppa Pig World before having lunch so we could focus on other parts of the park for the afternoon. We’ve often ended up spending most of the day at Peppa Pig World – but by lunchtime we had managed to go on all the rides. 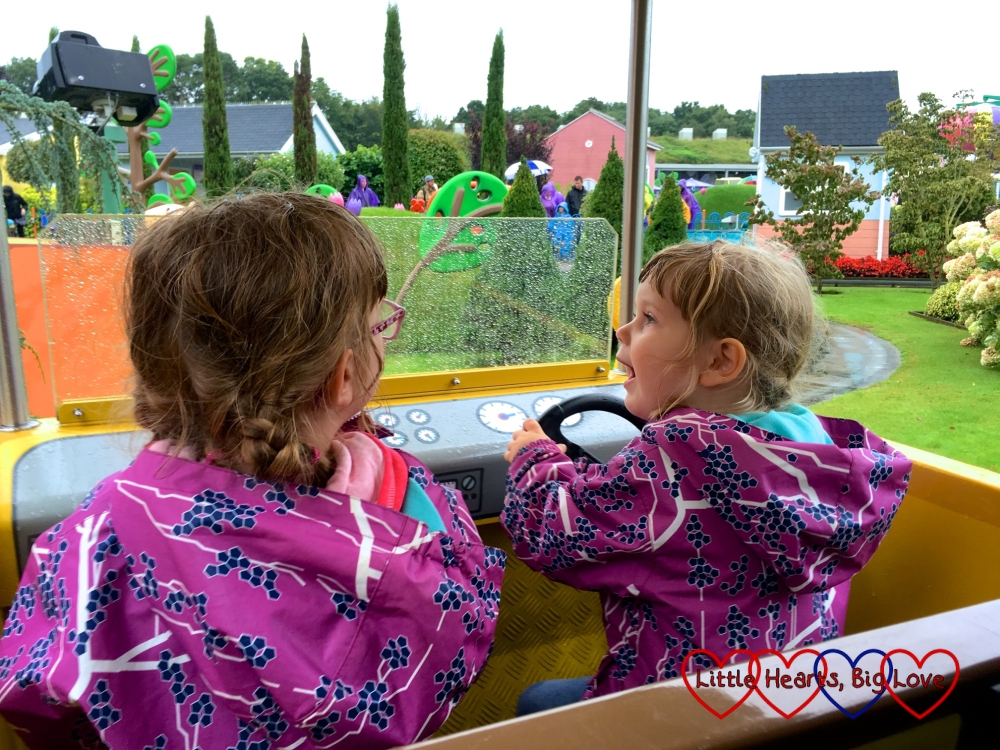 We had lunch at the Wild Forest family restaurant. There was a good selection of food on offer and the price was about what I’d expect to pay in a theme park. The food also arrived quickly. Being indoors for a while and having a hot meal helped to warm Jessica back up again too.

After lunch, we stopped off at the 4D cinema. I have to admit I’m not a fan of these shows. I hate the feeling of air jets around my feet and having my seat jolted during the show. Hubby and the girls enjoyed it though. 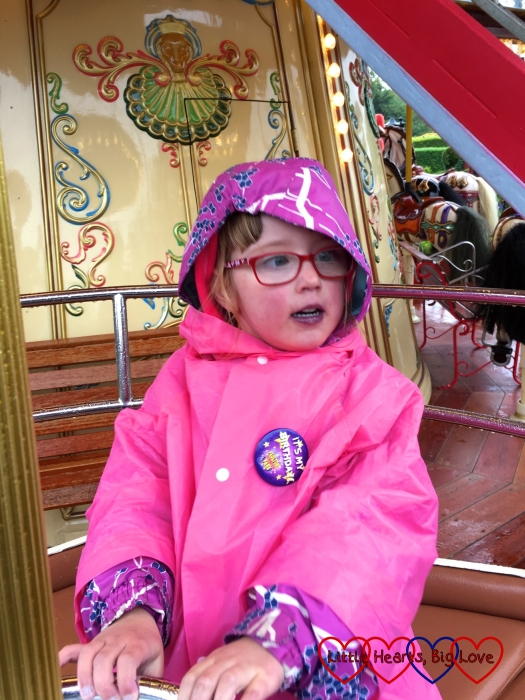 We then went for a ride on the Victorian double-decker carousel and the tea cup ride which the girls enjoyed. Our next stop was the Rio Grande train station where we boarded the train for a little journey around the outskirts of Peppa Pig World. 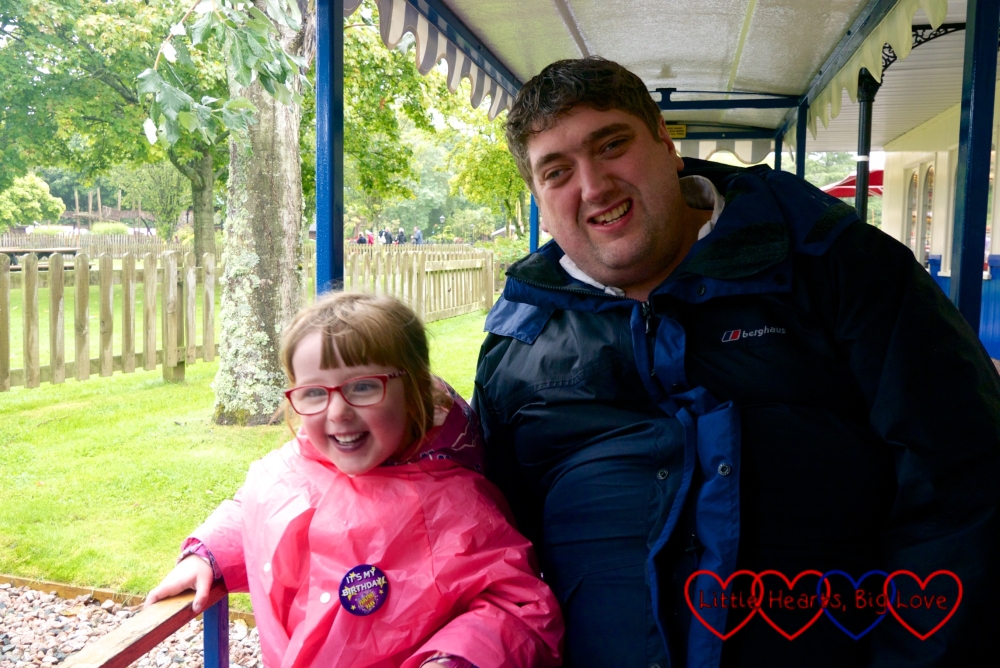 We headed through the gardens on our way to the next part of the park. The girls loved the Snakes and Ladders garden and the elephant with her baby hedge sculptures. 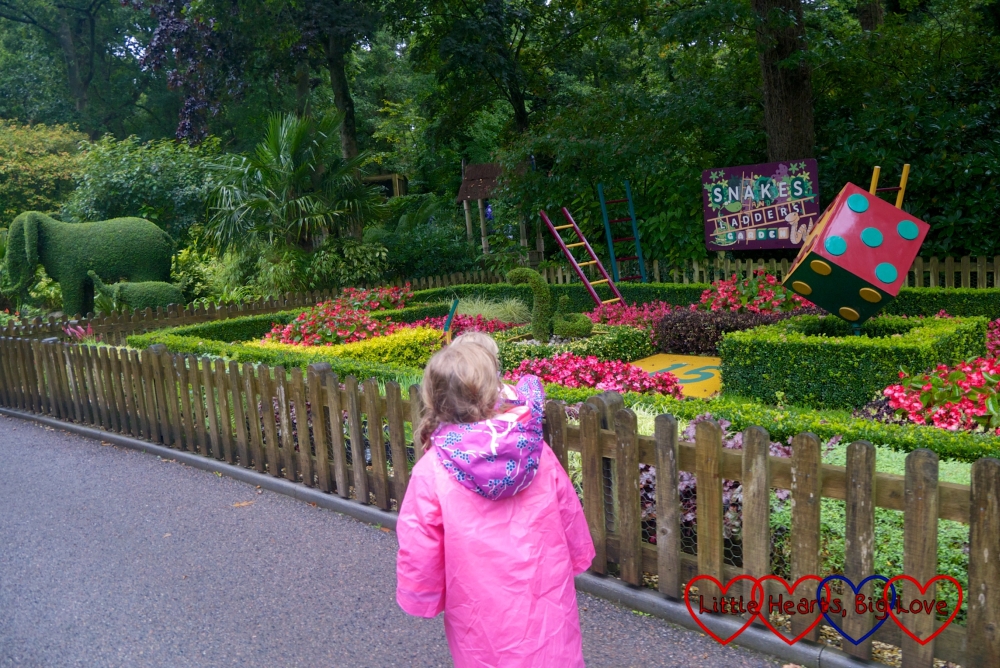 Jessica had been asking to go on the “water ride”. I had assumed she meant the Seal Falls ride which is a water ride for small children, but no she meant the Raging River Ride which is a much bigger log flume ride. Sophie was too small for this one so I waited with her while hubby took Jessica on the log flume. She loved it so much that she would have gone on it over and over again but as she was still looking fairly blue and cold, it probably wouldn’t have been the best idea. 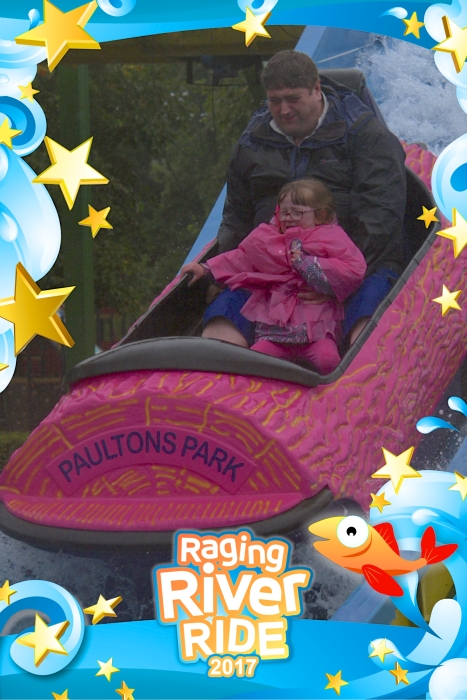 Both the girls had fun on the Seal Falls ride and the Digger Ride which are aimed at small children. There was just enough time left for Jessica and I to have a couple of rides on the Sky Swinger chair-o-plane ride before it was time to go home. 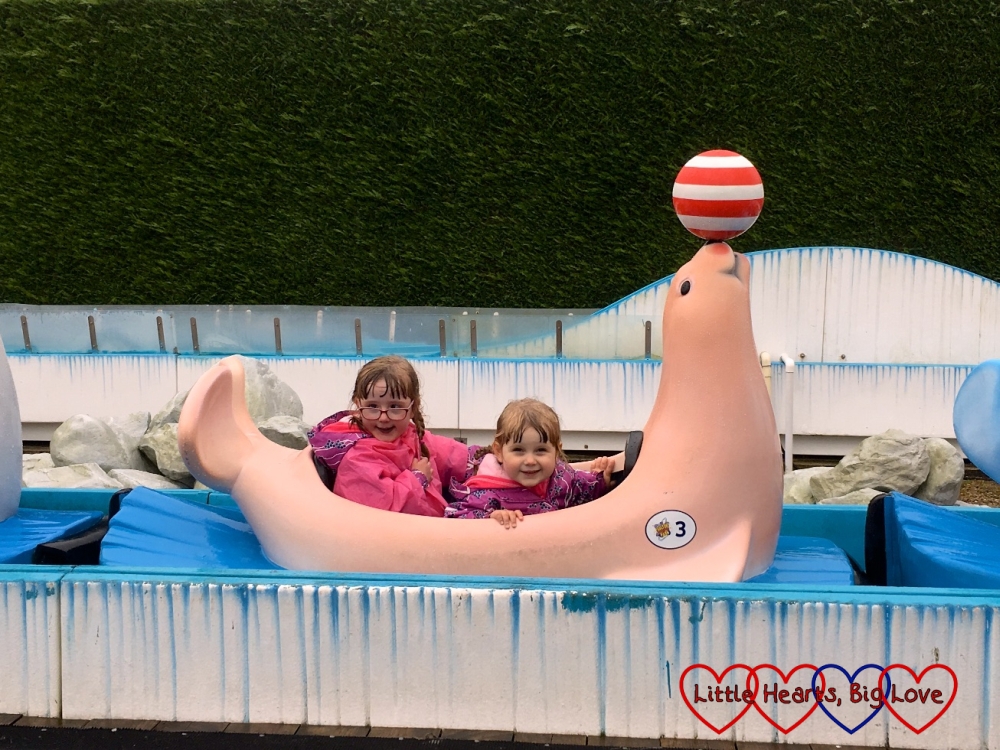 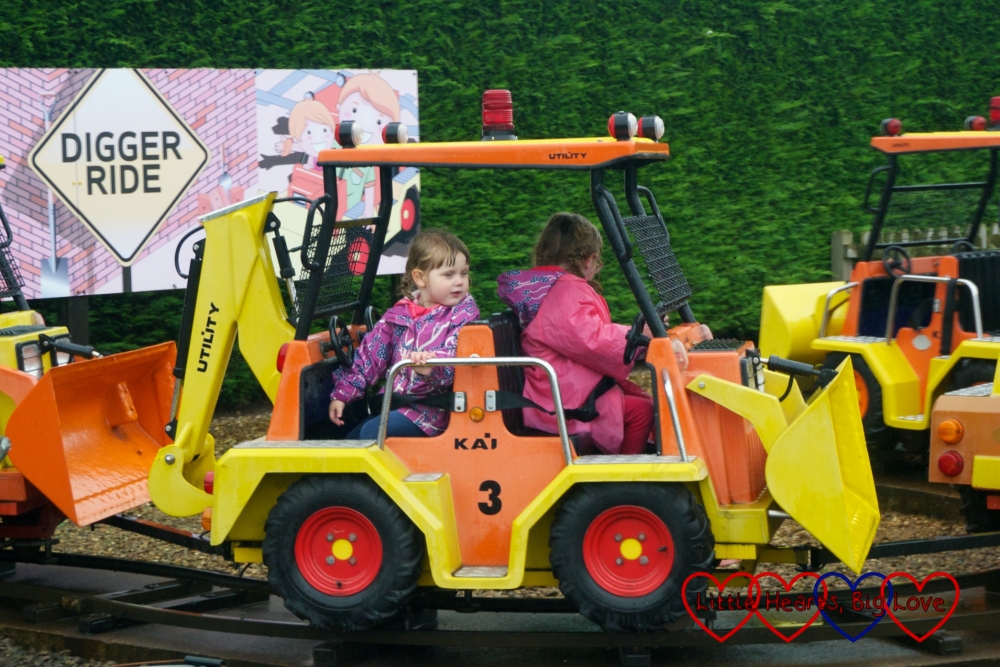 The rain might have brought its challenges with trying to keep Jessica warm but it didn’t spoil her enjoyment of the day out. Both girls had a wonderful time and really didn’t want to leave. Hopefully we’ll have another day out next year – and although the shorter queues were nice, I think I’d prefer a little sunshine next time instead!