Watching the way Sophie and Thomas are together often reminds me of watching my girls together. Sophie looking after and looking out for her little brother in the way that Jessica once did for her; Thomas’s adoration of his big sister, wanting to do what she does and play with her toys. And of course, just as there were with the girls, there are moments when they annoy each other and bicker. Thomas is now at the age when he asserts his own little personality (quite strongly at times – oh the joy of a toddler!) and gets annoyed if Sophie won’t let him play with her toys or takes a toy from him. Sophie gets frustrated when she’s trying to do something and her little brother keeps trying to tickle her or hand her a toy he’s not yet able to play with properly saying “Sophie do it!” 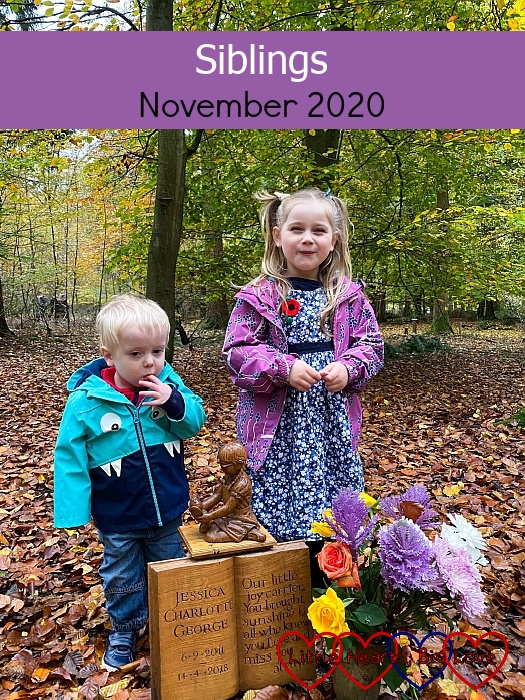 They both love watching Strictly and it is lovely to watch them dancing along to it together, just as Sophie and Jessica used to do. Sophie is more of a whirlwind than her sister was, so isn’t always so careful when it comes to picking up Thomas and spinning him around. I have to remind her every now and then that he isn’t a dolly! Although he is very tolerant when it comes to being pulled about.

I do love the fact that Jessica is included at times, such as Sophie’s birthday, where she asked to visit Jessica so she could share some of her birthday cake with Jessica. The way that Sophie will always include Jessica’s name when writing a birthday card – even when it’s to one of her classmates and she could just write it from herself. Her awareness that she is the bridge between her siblings; that she knew and loves them both. It means so much that Jessica is still so very loved and remembered. 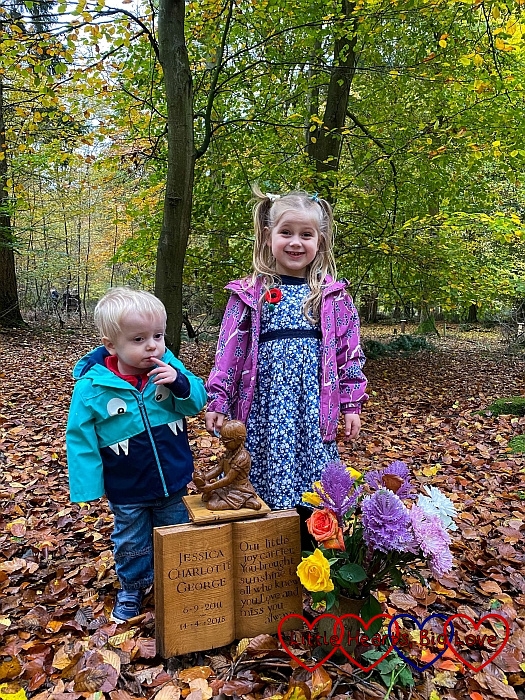 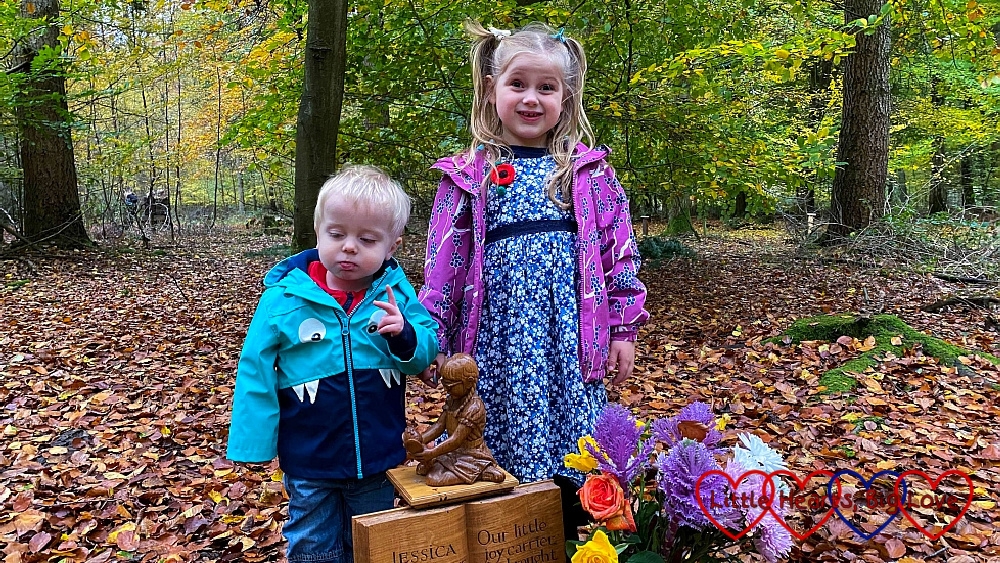