I can’t quite believe that we’re now almost a year into this new chapter of the Siblings project. A chapter that is full of ‘if only’s and ‘what if’s. Reflecting on the sibling bond between my two youngest children while forever being conscious of the three sibling bonds that I should have also been watching – between Jessica and Sophie; between Jessica and Thomas; and the bond between them all as a trio. Wondering what our photos would have looked like had things been different. Wishing that we could have been able to include Jessica herself instead of a photo or something representing her. 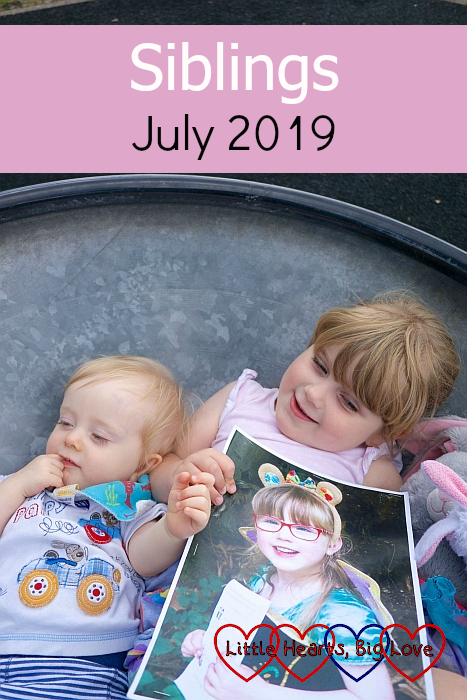 Watching Sophie and Thomas together and seeing their beautiful bond makes me smile whilst also making my heart ache. It can never replace the sibling bonds that they have both lost with their biggest sister but I am glad that they have each other and that they clearly adore each other.

It is lovely to see Thomas being able to interact more with Sophie as he gets bigger and to start to be able to play a little. This month’s photos are taken from a trip to the park. I remember taking lots of photos of the girls lying in the spinning saucer and now I am doing the same with Sophie and Thomas. It is lovely to watch Sophie spinning him around or pushing him in the swing although it breaks my heart when I see her head for the seesaw. She and Jessica were just the right sizes to be able to play together on the seesaw. It will be quite some time yet before she can seesaw with Thomas. But I am grateful that in spite of having a bigger age gap, there is still a close sibling bond between them even if they will never be playmates in the same way that Jessica and Sophie were. 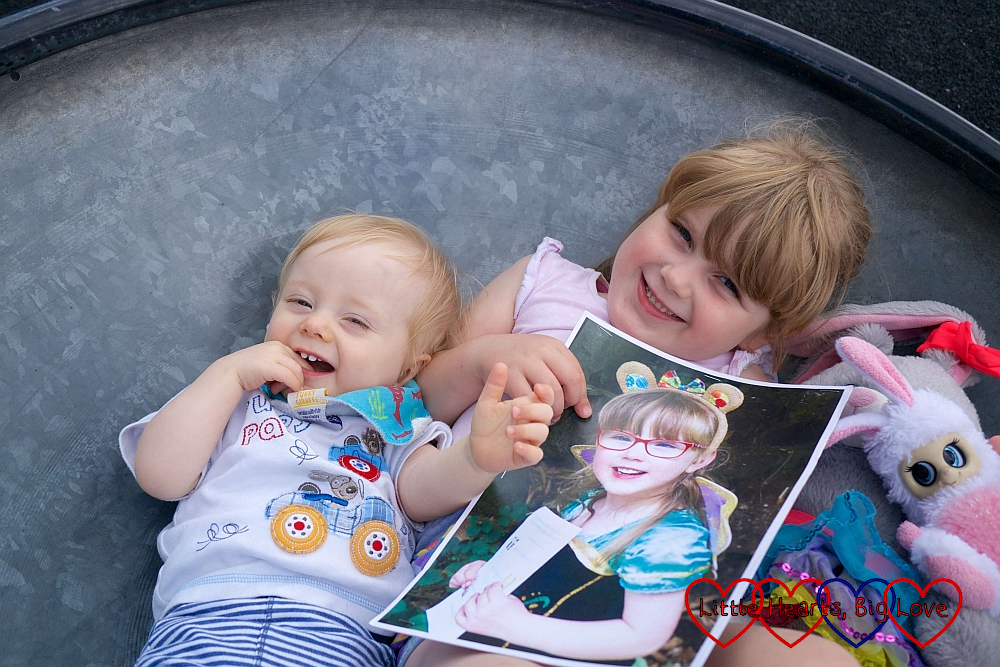 One year of Siblings photos with my trio. Two growing and changing; one forever frozen in time. But always there, always part of that siblings unit. And looking back it’s nice to see that we’ve found different ways to include Jessica. It isn’t how it should be. But she’s still there. Still loved. Still one third of this little trio. 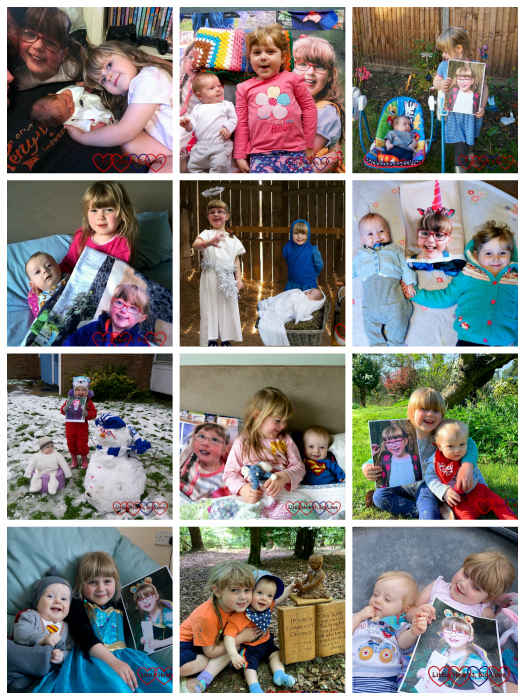 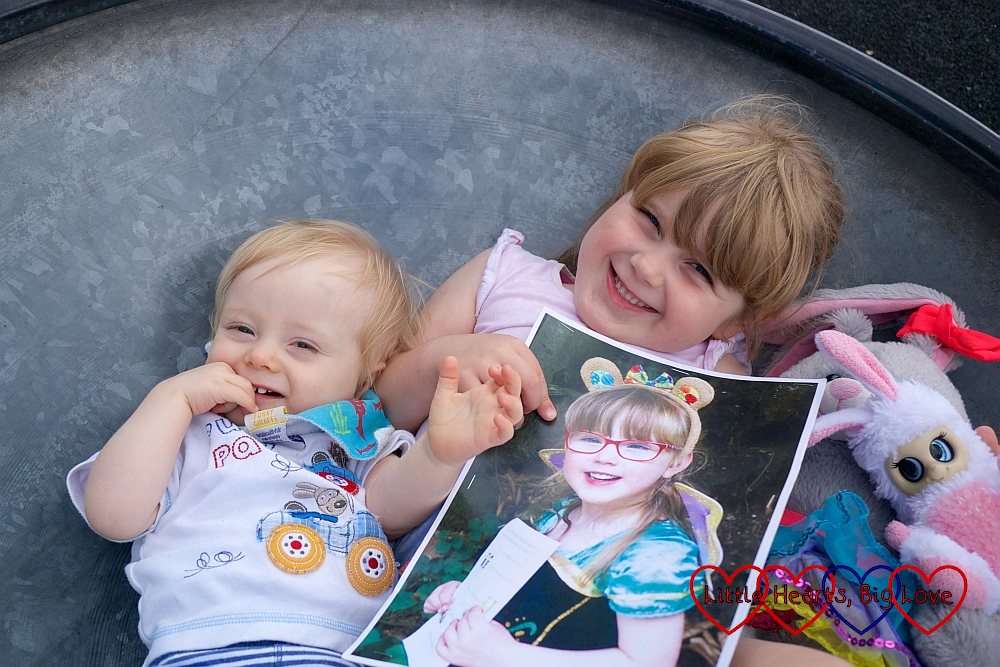 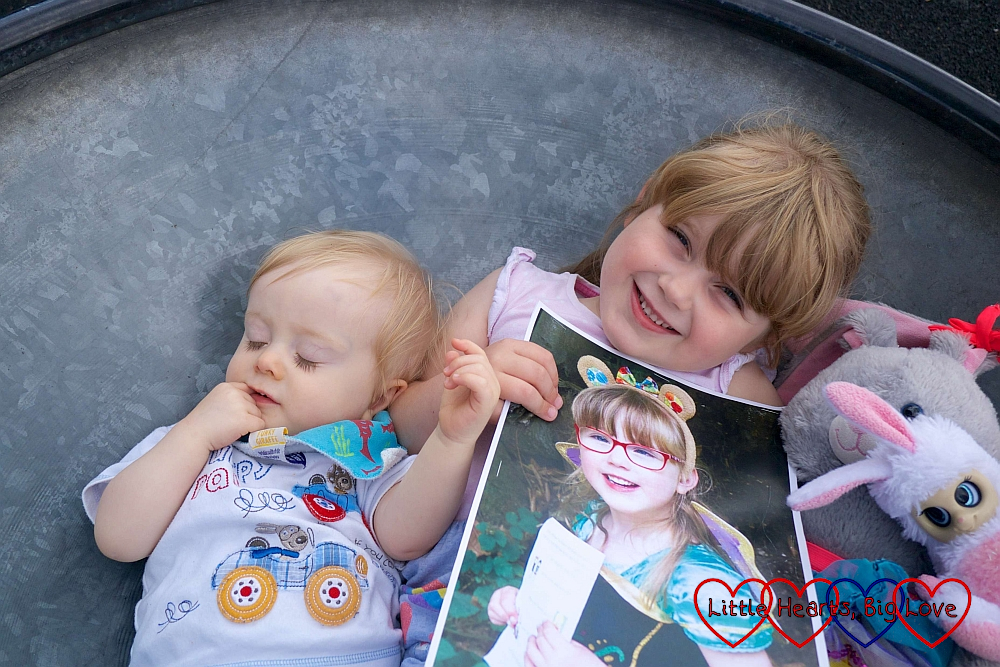