Sometimes it’s the simplest ideas that make for the most fun. I thought it would be fun to set up an animal safari hunt in the garden for Sophie one afternoon while she was at school. Something quick and easy – just picking out various animal toys of different sizes and hiding them around the garden. It helps that it’s somewhat overgrown in places! A simple idea that turned out to be a big hit. 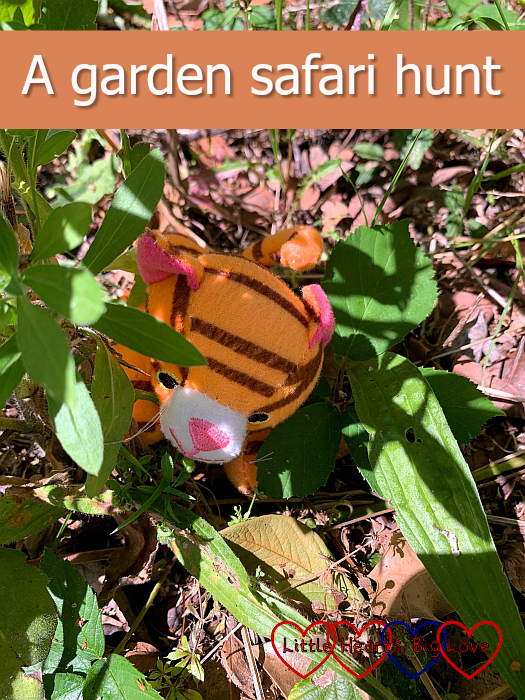 I picked out twelve toy animals – a large toy horse; a monkey, sheep, pig, lion and zebra from our Playmobil 123 collection; a bird, rabbit, cow, tiger and giraffe from the soft toys and a PAW Patrol pup to finish the set. As I hid them in various places in the garden, I made sure I took a photo to help jog my own memory and reduce the risk of them getting lost! 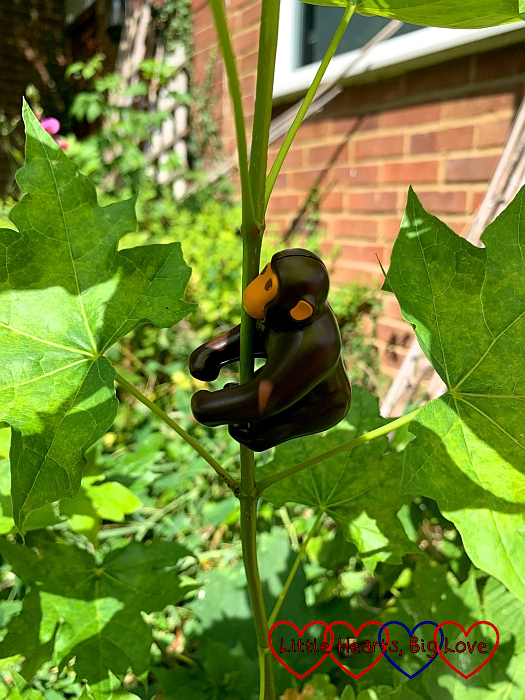 Sophie loved the idea of hunting for toy animals in the garden. She soon spotted the first few, collecting them up in her plastic tub and taking them back to the table to count up. It was a good way to help her practice some maths too – working out how many she had left to find. 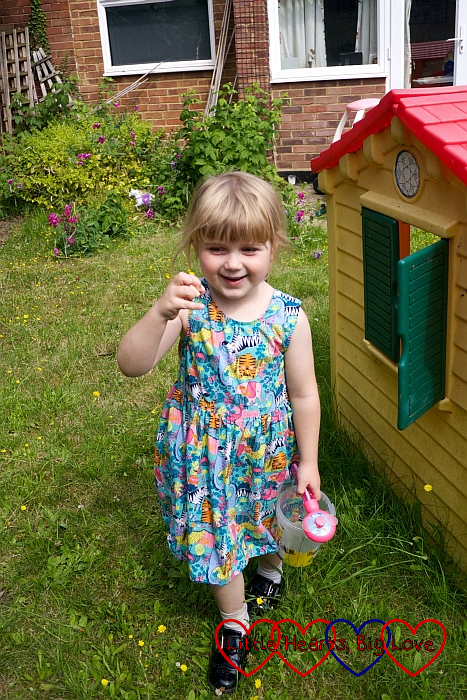 Some of the animals were hiding on the ground in amongst the plants and some were in pots. I placed a couple higher up – hanging from a branch or sitting on a trellis. There were a couple that I thought Sophie would spot easily that actually proved to be a little more of a challenge for her. 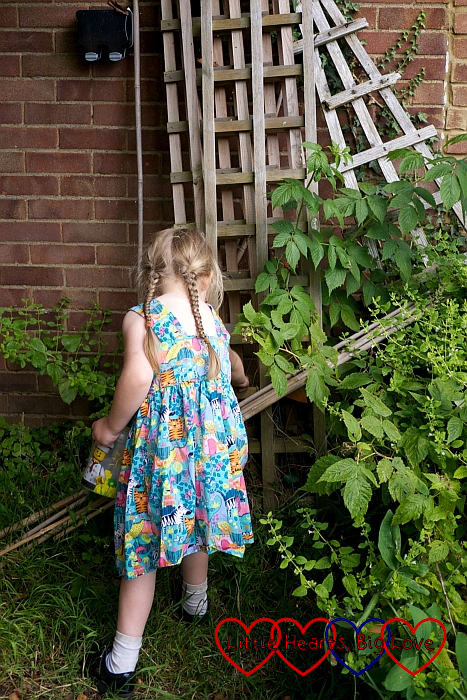 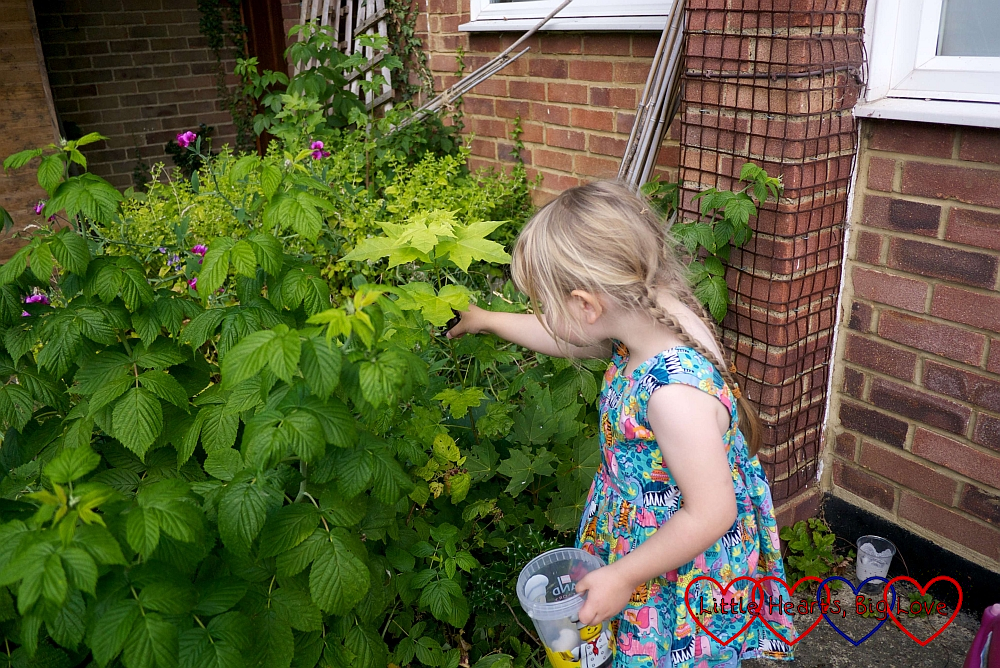 With nine down and three to go, Sophie wanted a little help. Letting her know when she was getting warmer as she made her way around the garden soon helped her find the last few animals. 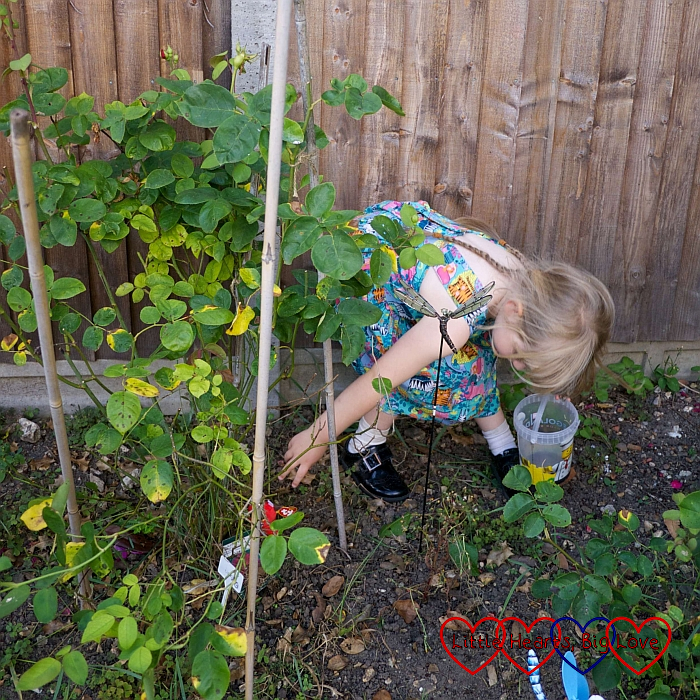 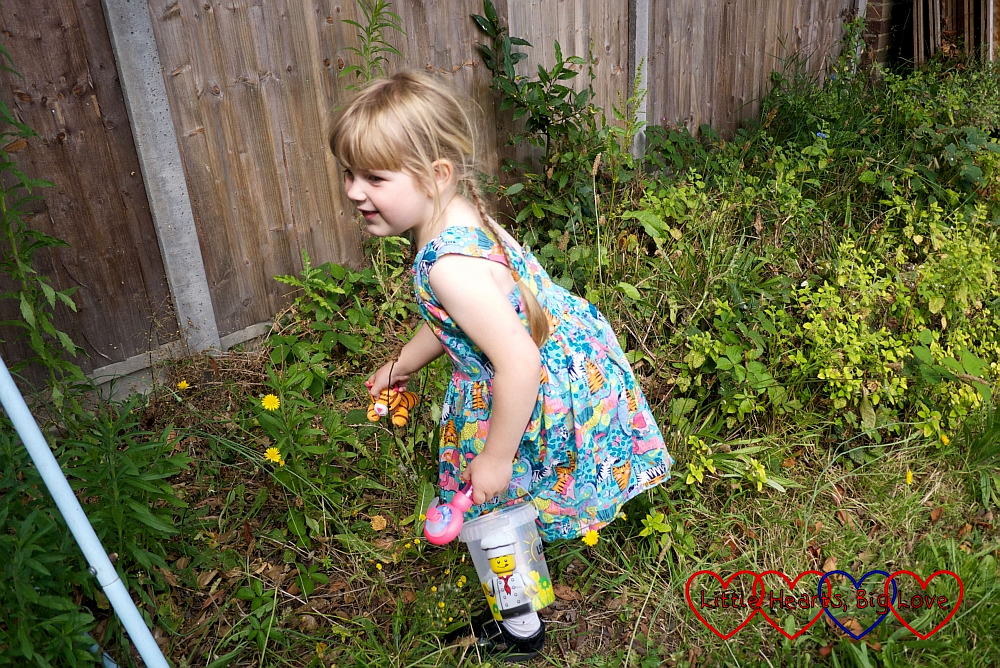 She decided then it was her turn to hide the animals for Mummy to hunt.  She hid them quite well. It would have been a bit of a challenge; however whenever I got near to where one was hid, Sophie would then tell me just where she’d hidden it! The last one was a bit more tricky though. Sophie couldn’t quite remember where she’d hidden it. Fortunately I did manage to spot it eventually so we didn’t lose any of the toys in the garden!

It was such a simple activity but so much fun to do. Sophie loved it so much that she added it to our summer activities list. I think it will also be a fun one to try with Thomas once he’s a little bit bigger too.

3 thoughts on “A garden safari hunt”