There was a point earlier this month where I wondered whether my siblings photo for January would have to be a photo of my girls talking together via FaceTime. With Jessica being in hospital recovering from heart surgery and Sophie having an extended sleepover at Nanny’s, my girls were separated for over two weeks. We all found it hard to be separated during that time, although the distractions of hospital life and fun with cousins at Nanny’s helped to make it easier.

While Jessica was in intensive care and high care, it would have been hard for Sophie to be with us – we couldn’t have given her the attention she needed. We decided not to have her visit her sister until we could all be together again. Sophie was settled at Nanny’s and happy there and I felt that visiting us and then having to go away with Nanny again would upset her too much. It was wonderful when Jessica was finally moved to a “normal” bay and we were able to have Sophie back again. Jessica was so excited at seeing her sister that we had to wait by the entrance to the ward as soon as we knew they’d arrived at the hospital. There were lots of big smiles and cuddles once they were back together again. 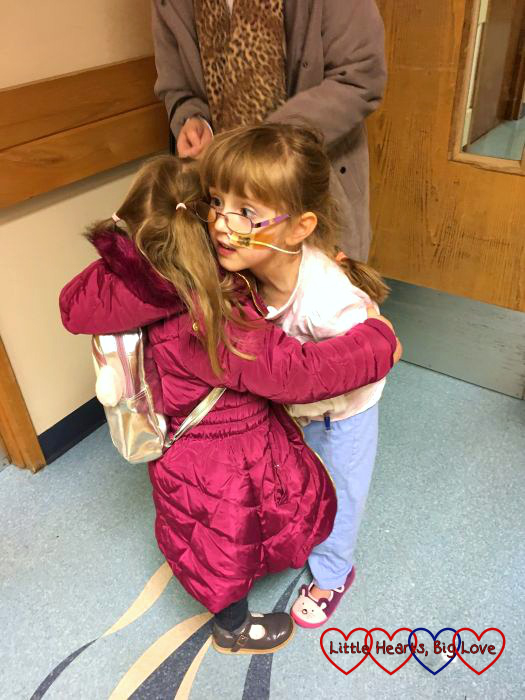 We were expecting to have both girls with us at the hospital for a few days – me staying with Jessica on the ward and Sophie staying with Daddy in the Ronald McDonald House. However, two days after Sophie’s arrival, we were able to go home again. It was lovely to be able to surprise everyone at church the next morning when both girls turned up in their Girls’ Brigade uniforms for the church parade service. 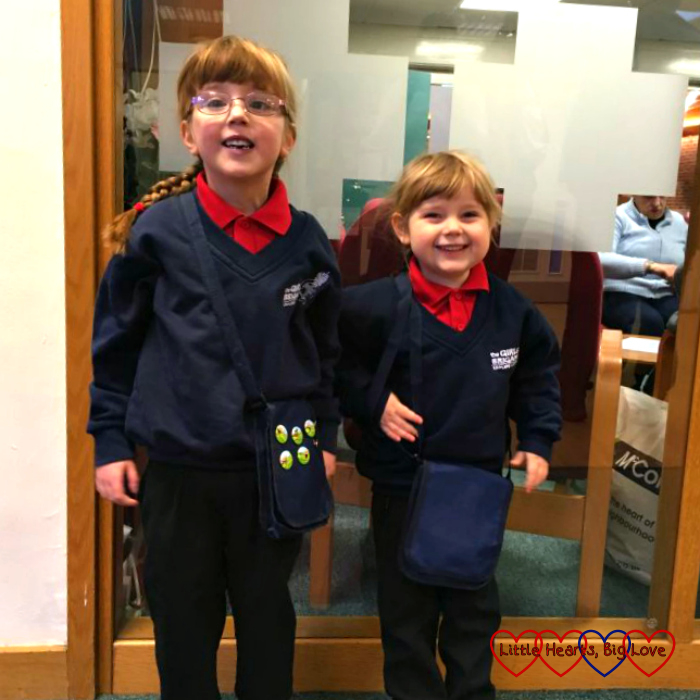 I have to say how proud I have been of both my girls over the last few weeks. Jessica has coped amazingly well with having heart surgery and her recovery. Some of the procedures during her recovery have been quite unpleasant for her, but she really has taken them in her stride and has been a little trooper throughout. Sophie has also coped amazingly well. It was clear when she left the hospital the evening before Jessica’s surgery that she was trying to be brave and not get upset in front of us. She had a big cry with Auntie Fizz once she was out of our sight, but other than that, she didn’t cry once during the time she was away from us even though it was clear she missed us. She seemed to understand and accept why she couldn’t be with us for so long. We’ve had a few tears since being back together though – I think the emotion had to come out some time. 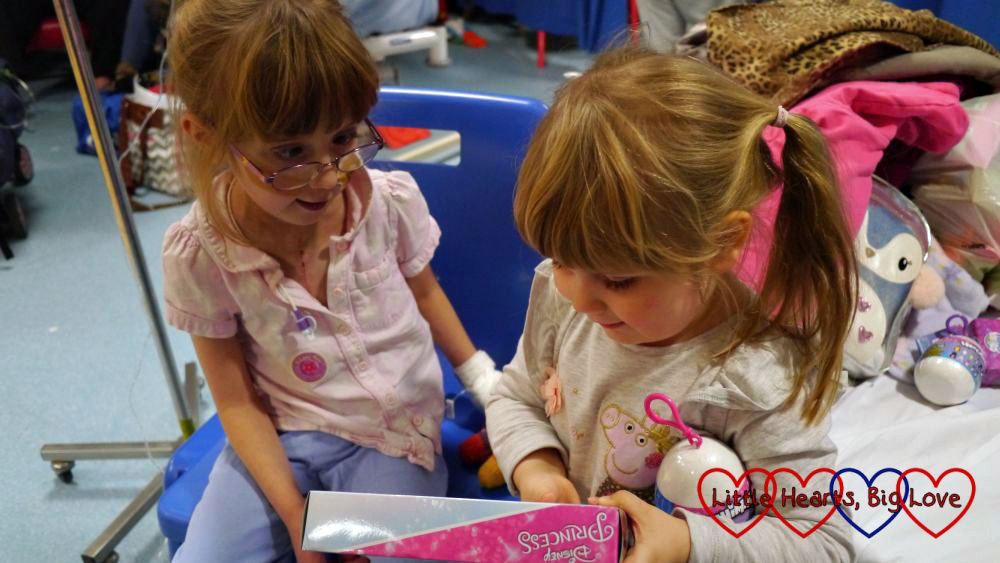 It’s such a relief to be starting another year of Siblings photos with the heart surgery behind us. Hopefully Jessica’s recovery at home will be a smooth one! 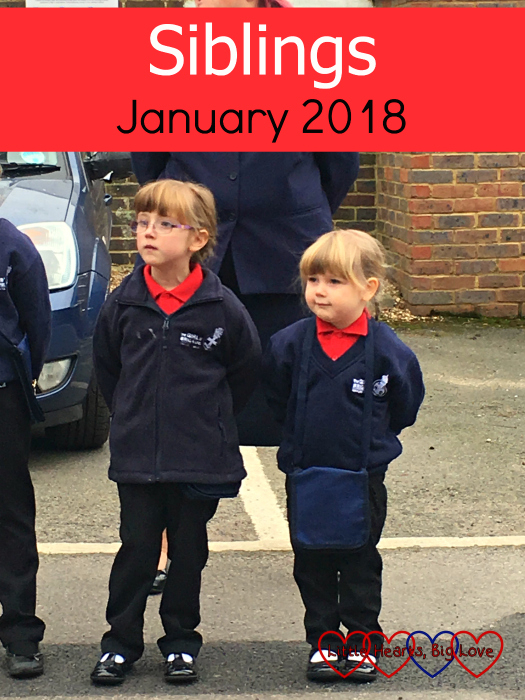