Last year, Jessica managed her longest post-surgery walk when we went looking for signs of spring at a nearby meadow and spotted snowdrops. Life felt good; we were the other side of heart surgery; spring was on the way and we were starting to dare to look ahead a little. One year on and how very different it all is. Those signs of spring are a reminder that we are hurtling towards the first anniversary of Jessica’s death. Instead of spotting snowdrops with her, we are now planting them in her memory. 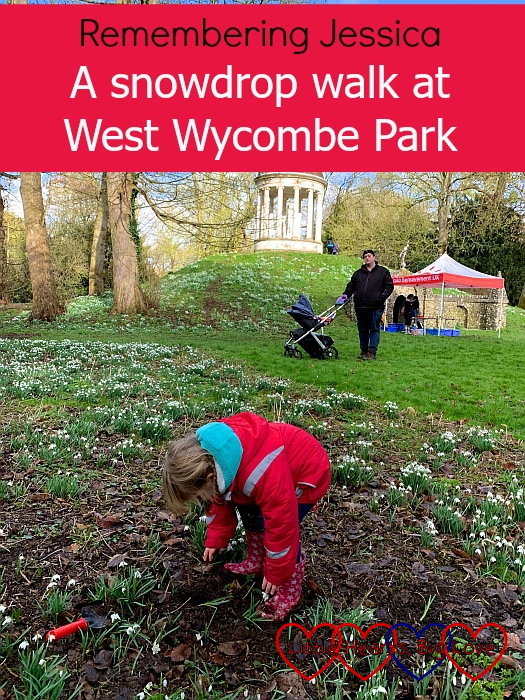 We first encountered Child Bereavement UK in those first awful days after Jessica’s death. They were a source of information and books for us to try and help support Sophie. We’ve not really looked into the other support that they provide to bereaved families like ours yet. It’s good to know they’re there if needed though. They recently organised a snowdrop walk at West Wycombe Park. It seemed like a nice way to get out together as a family while remembering Jessica. 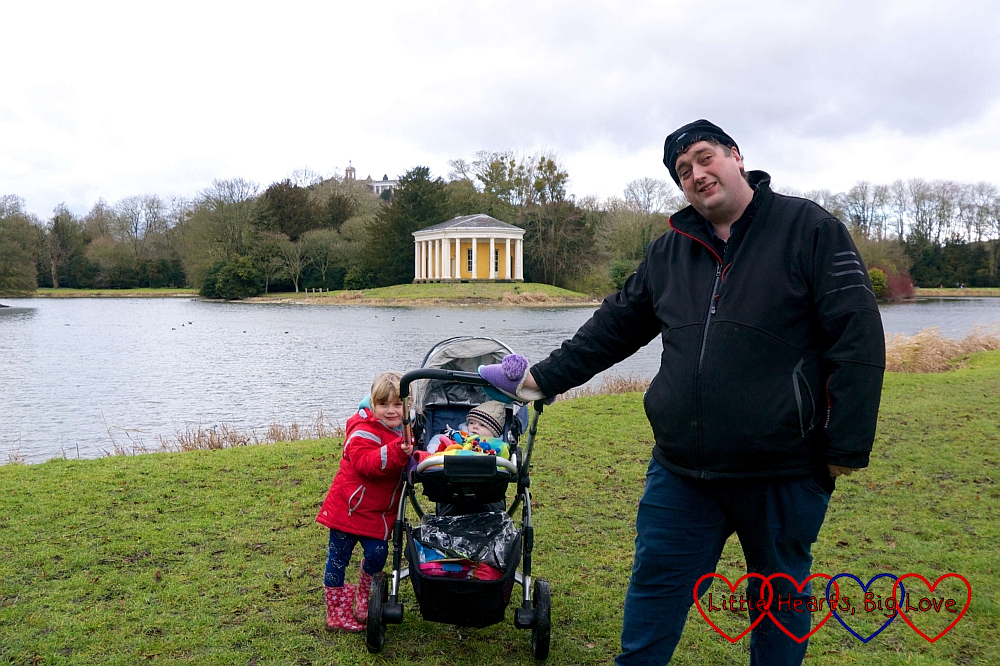 West Wycombe Park is a Palladian country house and the home of the Dashwood family. It is owned by the National Trust and the gardens are usually open to the public from April to August. During February, the gardens seem to be open on selected dates for snowdrop walks organised by various charities. 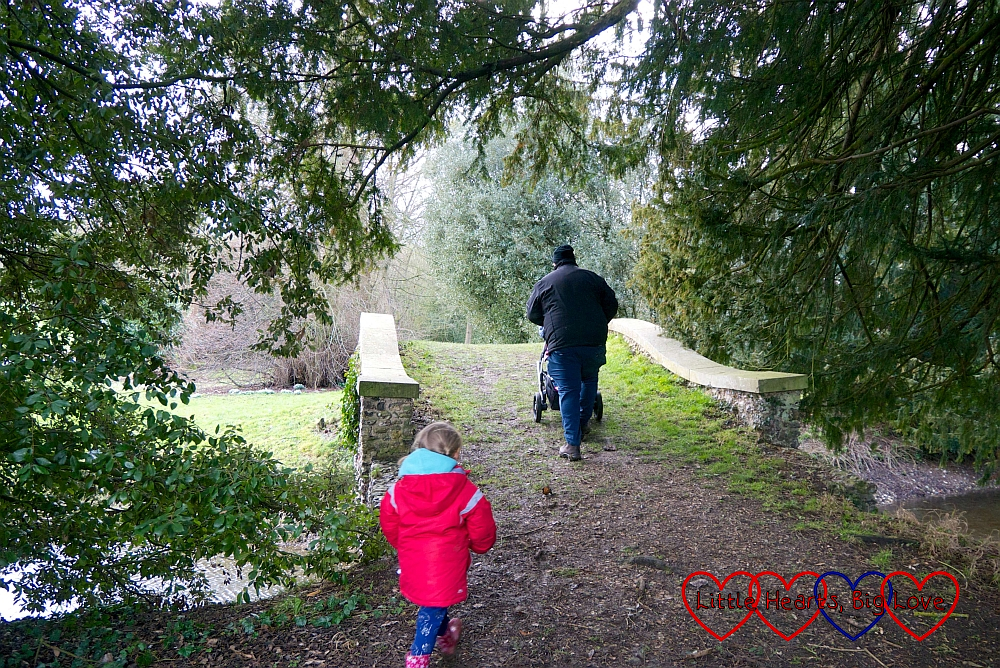 Entrance to the snowdrop walk cost £3 for adults and £2 for children over 3. There was a children’s treasure trail available which cost £1. Sophie always enjoys looking out for things on a treasure trail. This one had different animals to look out for along the way. 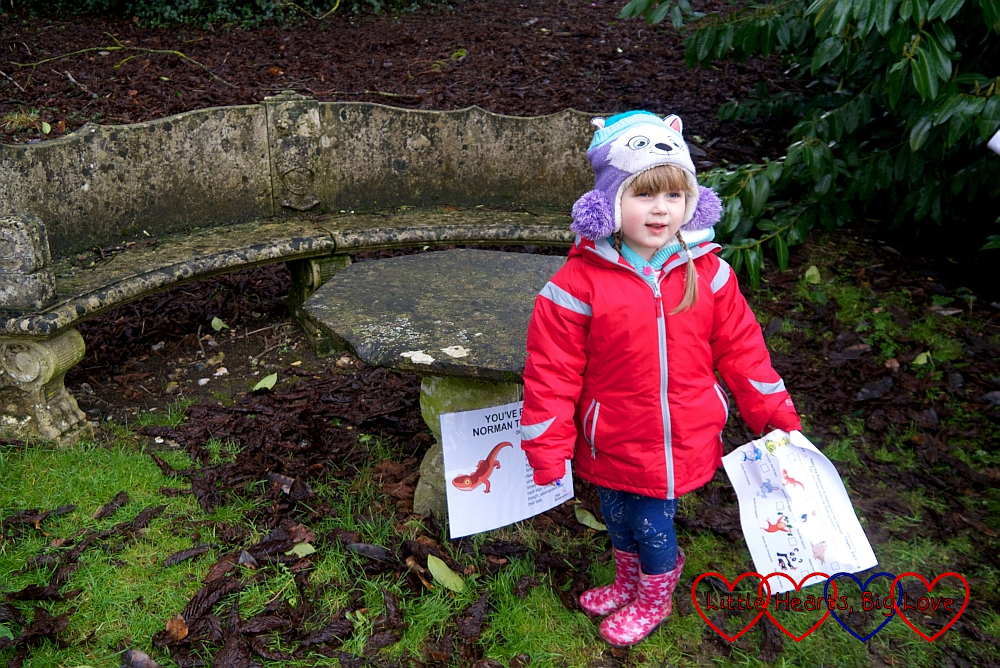 Having something to look out for often helps spur Sophie on when going for a walk. Spotting the next board up ahead gives tired legs a little boost. The animal signs were well-spaced out to provide that encouragement just at the right moments! It’s also nice now that Sophie can read some of the words for herself and she enjoyed learning a little more about each of the animals along the way too. 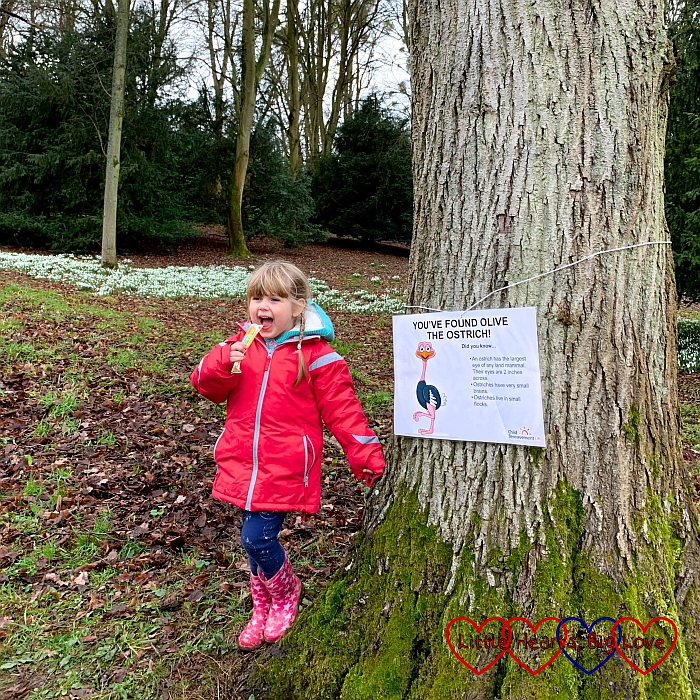 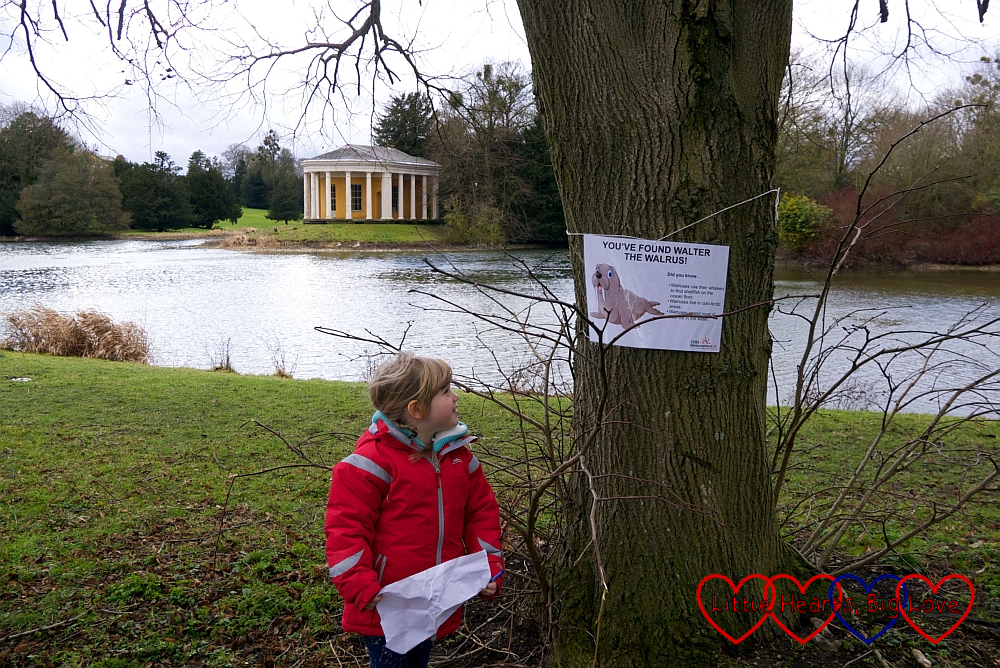 I often carry Thomas in the sling on days out but now that he is getting heavier, we are beginning to use the buggy a little more. My back did appreciate the break from carrying Thomas this time although we would have been better off using the sling after all. It was a bit muddy for the buggy in places and there were a couple of steeper slopes which needed careful navigation. Thomas seemed happy enough in the buggy though! 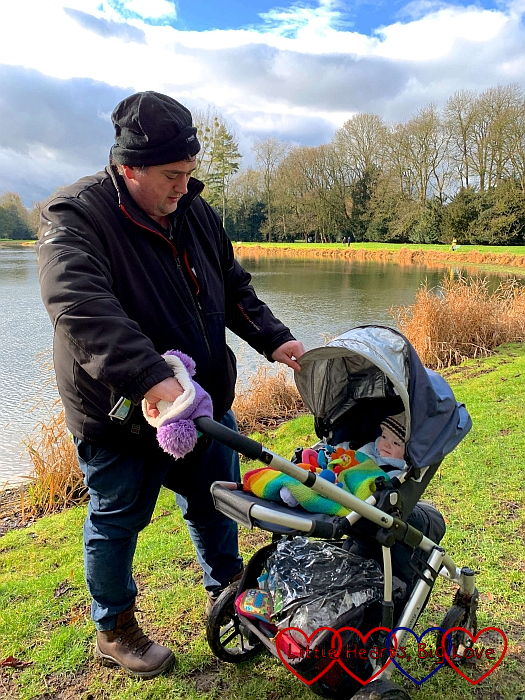 The views across the park were beautiful, especially looking over the lake. It was a cloudy day with rain threatening but the sun did break through the clouds a couple of times. It came out just as we reached the Temple of Venus where we bought a snowdrop for Sophie to plant in memory of Jessica. Sophie chose a spot amongst the other snowdrops and I helped her dig a hole to plant our one. I thought about how much my big girl would have loved seeing all the pretty snowdrops growing around the park and how she would have enjoyed the walk and helping Sophie find the animals on the treasure trail. We were always at our happiest when getting out together as a family. 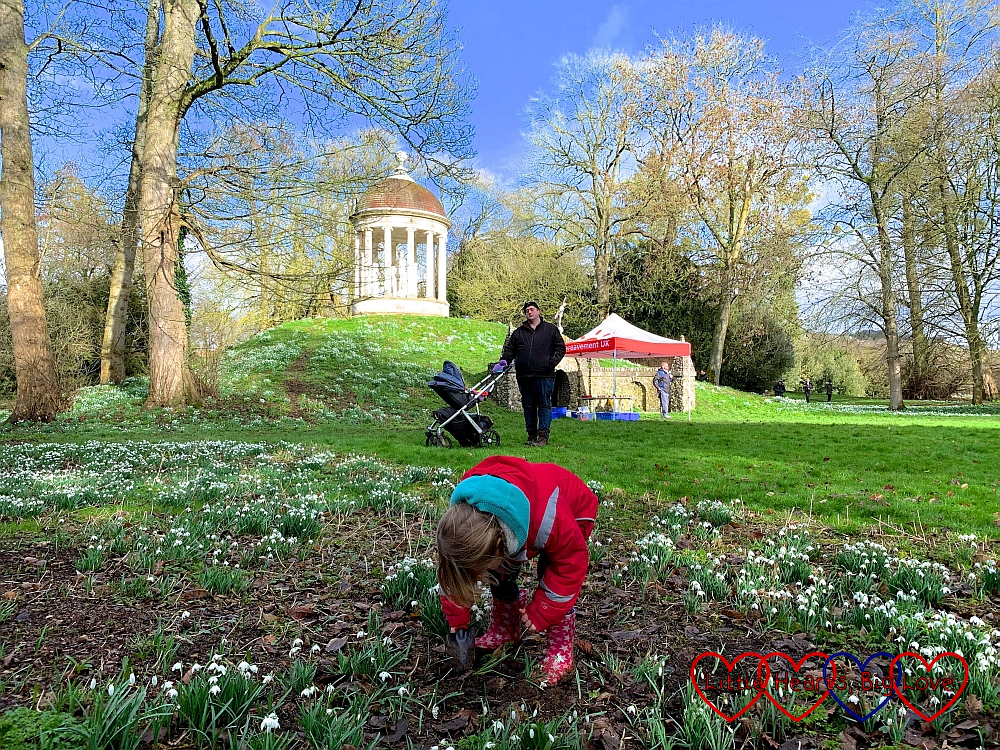 The trail finished at West Wycombe Village Hall where Sophie handed in her completed treasure trail map and received a goody bag. We timed our arrival at the village hall perfectly – we got there just as the first drops of rain started to fall and missed the heavy shower as a result! There was tea and coffee, homemade cakes, bacon rolls and children’s and adults’ tombola inside the village hall. Sophie was pleased to win a Captain America toy in the children’s tombola and a cup of coffee and some cake was much appreciated after the walk! 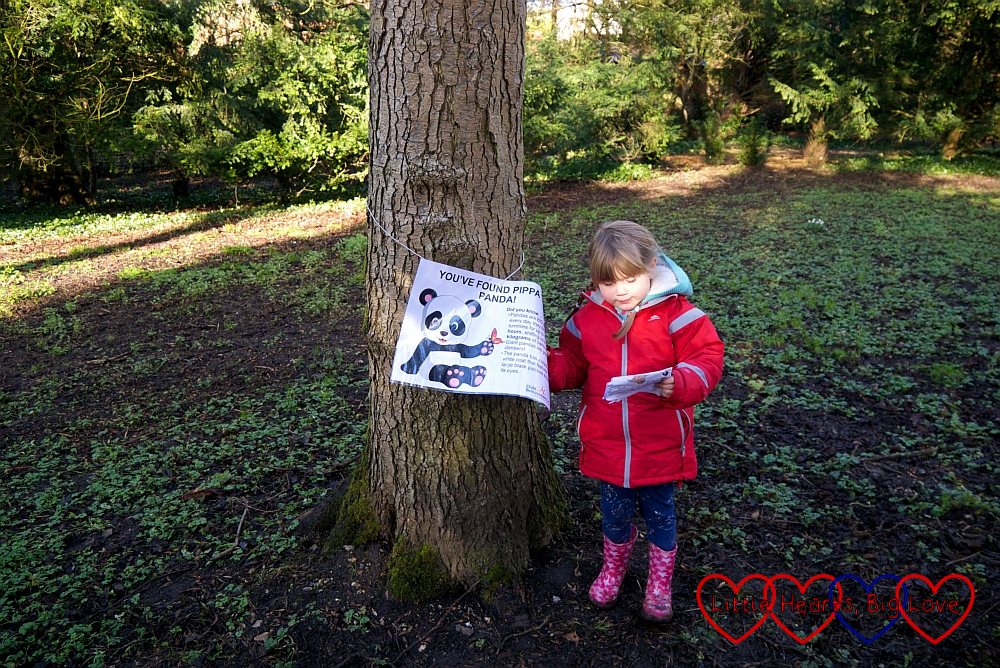 Visiting West Wycombe Park – what you need to know:

Car parking is available at the west end of the village, a short walk away from the entrance to West Wycombe Park.