Amongst all the lovely Christmas presents I received were a few books from my lovely hubby who clearly knows my reading tastes very well as he chose the following books for me: 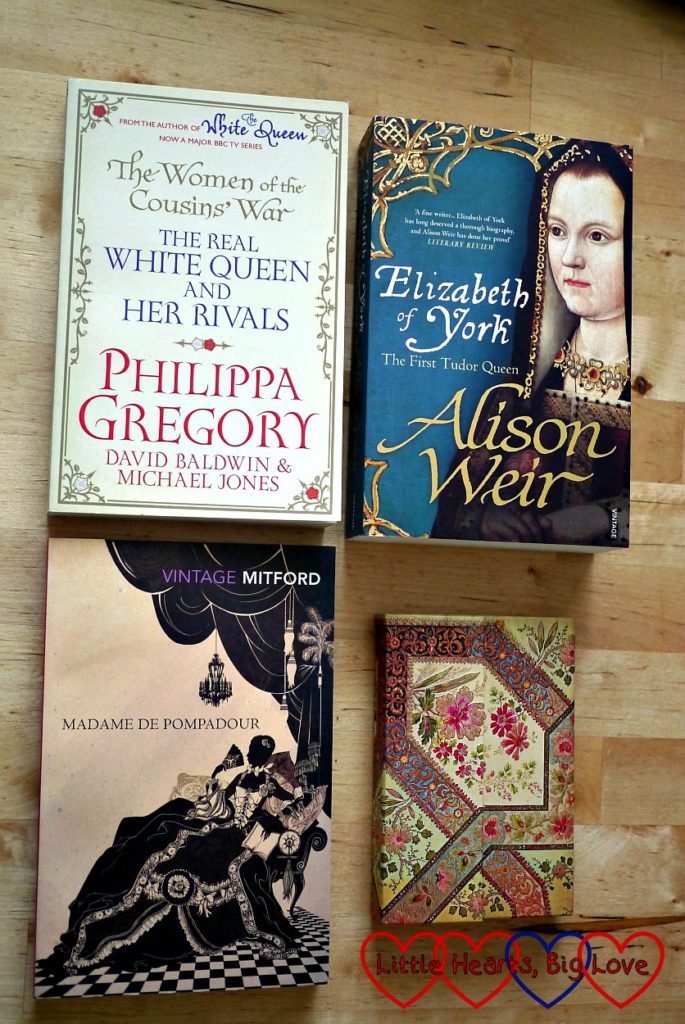 Ever since I read Katherine by Anya Seton as a teenager, I have had a passion for reading about history, especially about the lives of women who played a key role in events of the past. This month has seen me making time to read a little more and I enjoyed reading The King’s Sister, a historical novel about the life of Elizabeth of Lancaster, sister to Henry IV recently. I’m looking forward to finding the time to work my way through this new pile of books. 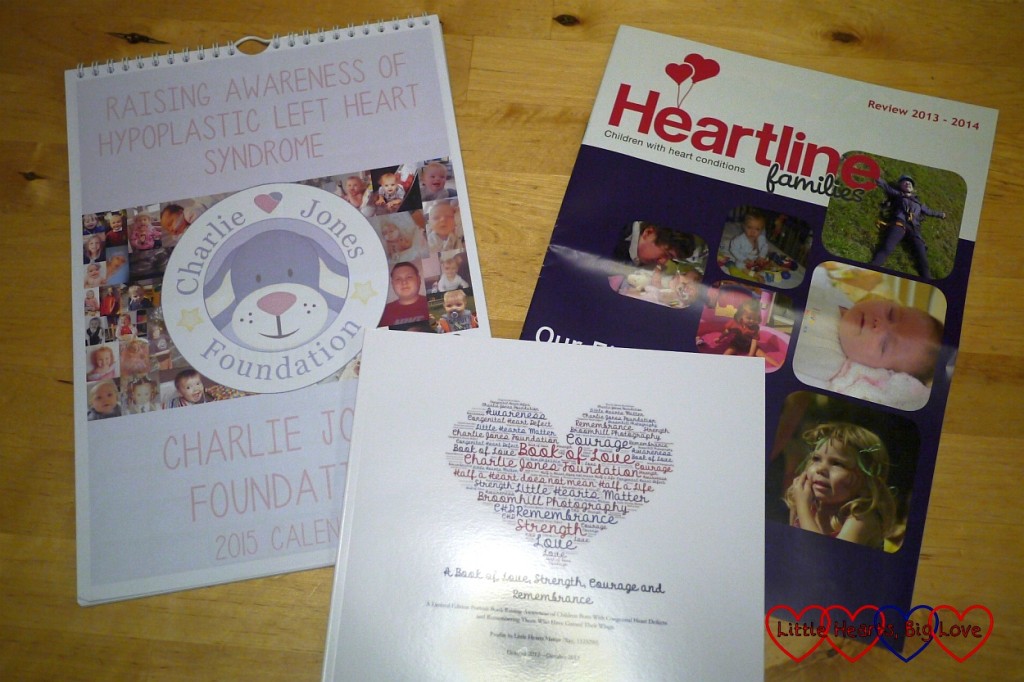 My 2015 calendar arrived earlier this month – it was produced by the Charlie Jones Foundation, a charity which works to raise awareness of congenital heart defects (CHD), particularly hypoplastic left heart syndrome (HLHS) which Jessica has, and features pictures of children who have HLHS or have gained their angel wings as a result of HLHS. Jessica’s photo is featured for May. Jessica was also one of the children featured in last year’s Book of Love project and we recently ordered a second copy of this book (having previously bought one last year) to go in her memory box. Finally, on the CHD awareness front, my hubby’s reflections on being a heart dad was one of the articles featured in the winter issue of Heartline magazine which arrived just before Christmas. So proud of my hubby for sharing his side of our journey as a heart family and helping to raise awareness. 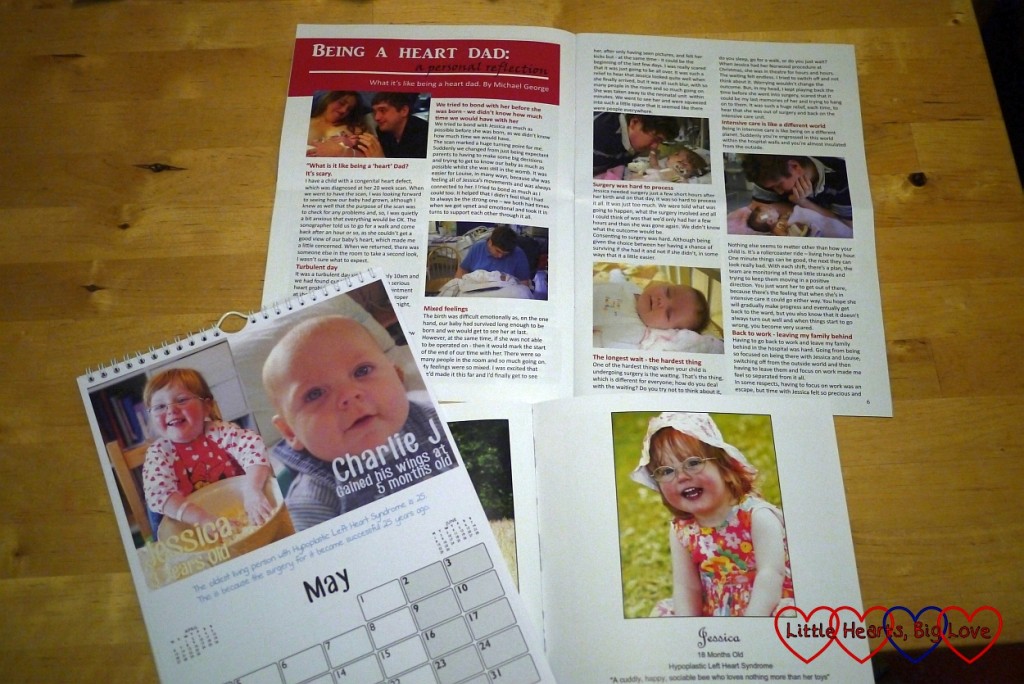