I can’t quite believe that we’re at the end of November already – and Christmas is now just around the corner! That said, we’ve started to get in the festive spirit already – the girls have seen Father Christmas twice already and will be seeing him at least a couple more times in the run-up to Christmas Day!

After seeing so little of hubby during September and October, it has been nice to have him home throughout most of November, and to enjoy plenty of time together as a family.  It’s been a busy month – we’ve attended a couple of parties, been busy rehearsing for a concert at church which takes place in a couple of weeks’ time, had two of my sisters come to stay plus have had a couple of hospital appointments for Jessica.  She had her cardiac check-up last week, which thankfully showed that her heart function is still good and her consultant is happy to continue to monitor things and hopefully hold off on the next op until Jessica is a bit bigger.  It’s always such a relief to get encouraging news at the cardiac check-up. 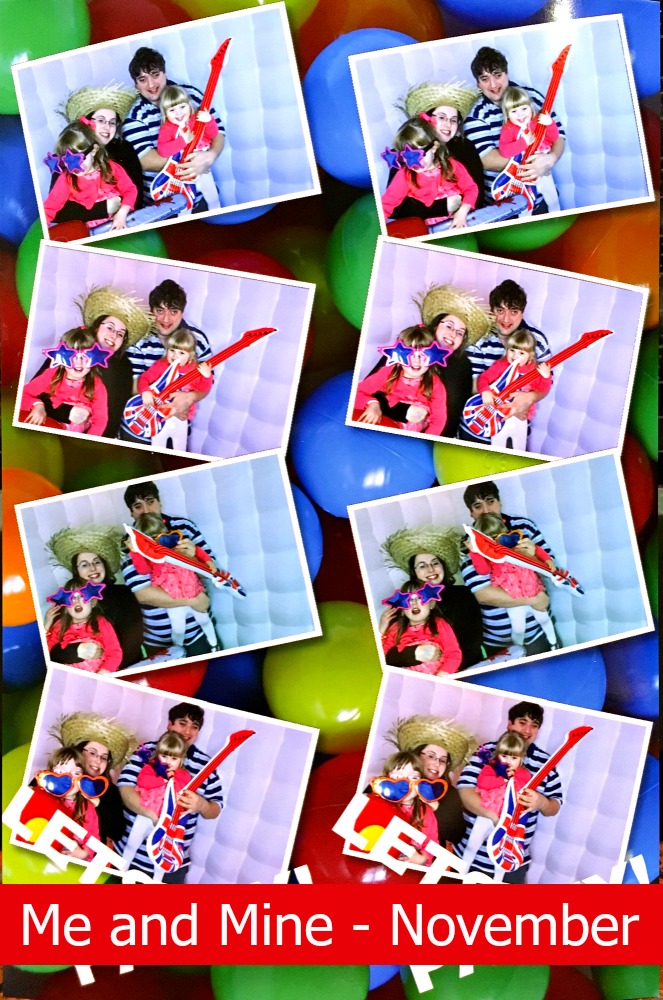 This month’s photos are from the two parties we’ve attended this month, both of which provided us with the chance to meet up with other heart families.  The photo booth snapshots were taken at the Friends of PICU 10th anniversary party. Friends of PICU is a charity which helps support children on the paediatric intensive care unit at Southampton General Hospital, and their families. Jessica has spent more than a month in total on PICU and it is a charity which is very close to our hearts. We saw one of the consultants who treated Jessica while she was on PICU (and who remembers her – mostly due to the amount of grey hairs she added to his head on the last stay which was quite a bumpy ride).  We also caught up with another heart family whose little girl has the same heart condition as Jessica and was on the ward at the same time as us.  She is the first of the little group of HLHS babies we got to know during our stay in hospital to have the Fontan procedure (the operation that Jessica is due to have) and is currently recovering in hospital after having that procedure and we have been keeping her very much in our thoughts. 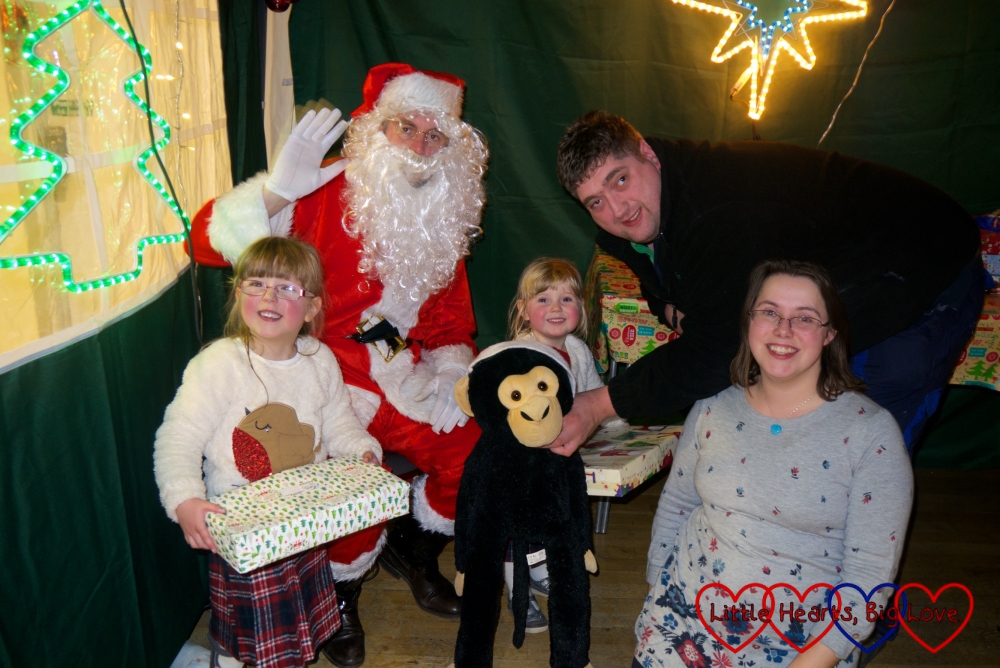 The second photo is from the Families of Ocean Ward Christmas party. Ocean Ward is the children’s cardiac ward at Southampton General Hospital and Jessica has had several stays here. We’ve attended the Christmas party for the last four years and it’s always a highlight in our festive social calendar. This year was extra-special as Jessica made a new friend – a little girl who is the same age as her and has recently had her Fontan procedure. Jessica’s new friend has a similar heart condition to Jessica – except it is the right side of her heart that is under-developed whereas with Jessica it is the left.  Between these two little miracles, they have a whole heart – and what a joy it was to see them having so much fun together. We are hoping that we can meet up again in the new year and Jessica has reminded me of it quite a few times so far!

The festive season has started well – fingers crossed that the rest of the run-up to Christmas will be just as nice!