One of the things I have loved most about Jessica’s learning journey since she started school last September has been watching her learning to read. Seeing her delight as new words unlock in her mind and the realisation that she can recognise them elsewhere brings me so much joy. Helping to support her learning is important to me. I was recently contacted by the founder of the Read with Phonics app and was interested to try this out with both my girls. 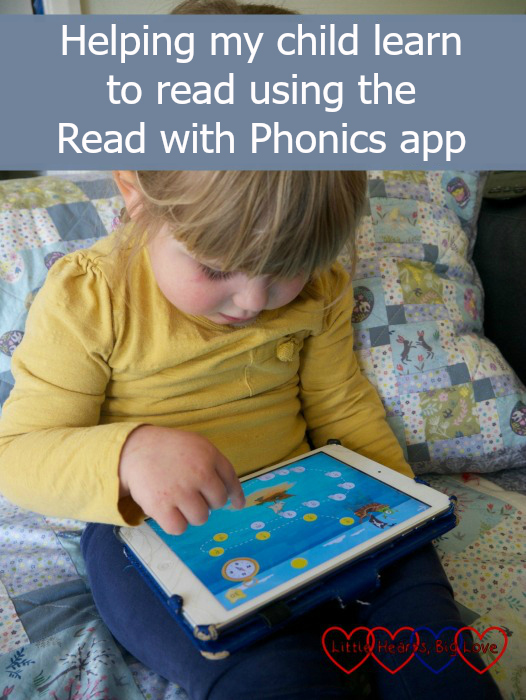 There are four worlds to explore in the app. Water world is the simplest level, followed by forest world, lava land and jelly city. The main character is Albee the alien who features in the games and cheers at each correct answer.

The sounds are learned in specific order in each of the worlds. For each sound, there are a series of seven or eight games – starting with listening to the sound and identifying the correct grapheme, through to matching short words with that sound to pictures, identifying pseudo words and then returning to listening for and identifying the grapheme. Once you have progressed through the games for the sound, the next sound is unlocked. 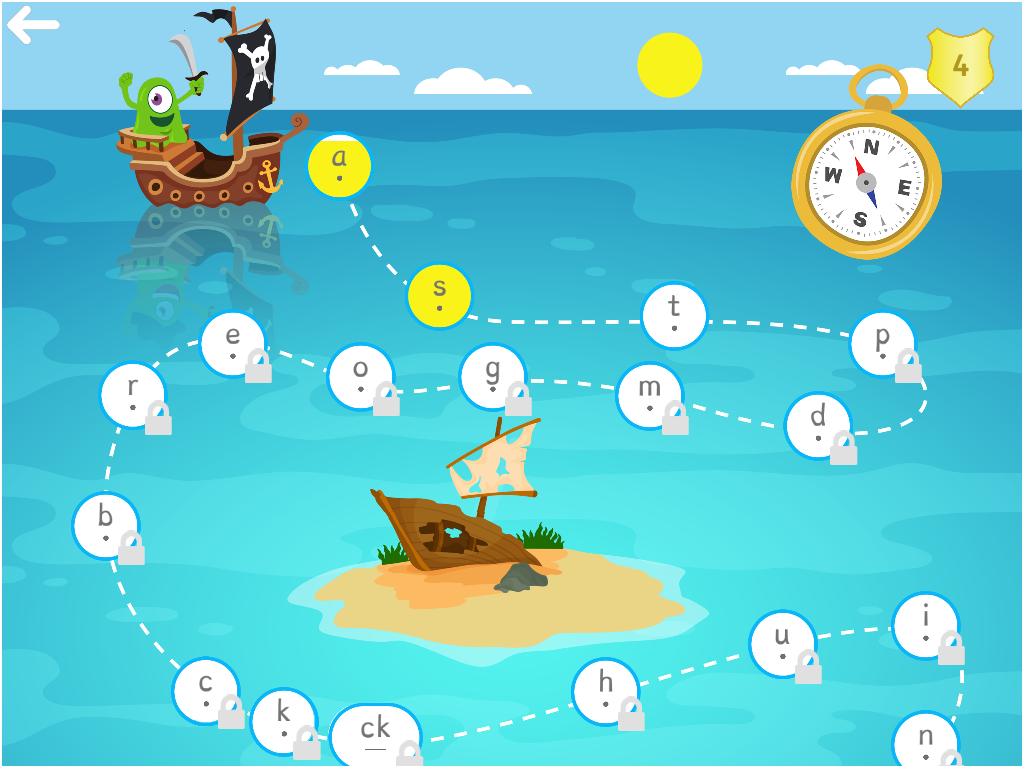 Although the sounds in each of the worlds is unlocked in a specific order, you don’t have to unlock each world in order. Jessica started at water world but quickly found this too simple. The phonics sounds in this level were ones that she was already very confident at recognising. She found the third world – lava land – was just right and enjoyed working through each of the sounds to reach the jelly city level. 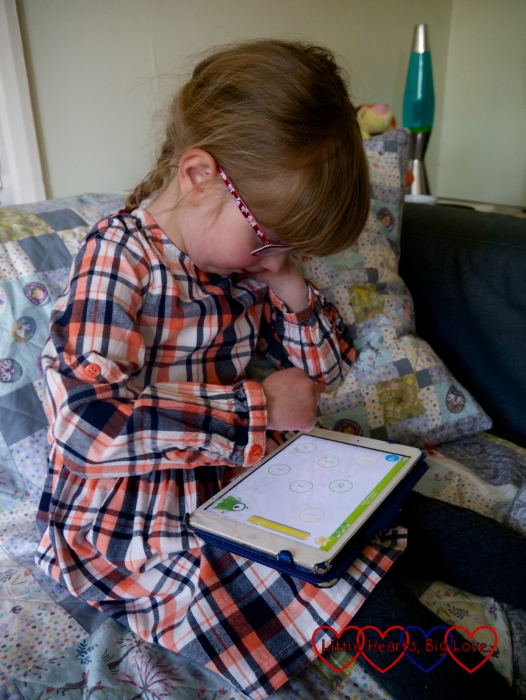 Albee the alien cheers along with each right answer. I have to admit that I found his cheering somewhat irritating when heard repeatedly. Jessica and her little sister Sophie didn’t mind it at all though. Jessica’s favourite game was the one where she had to identify which words were real and which were pseudo words. The pseudo words get fed to Albee and the sound of him eating the word made her giggle each time. 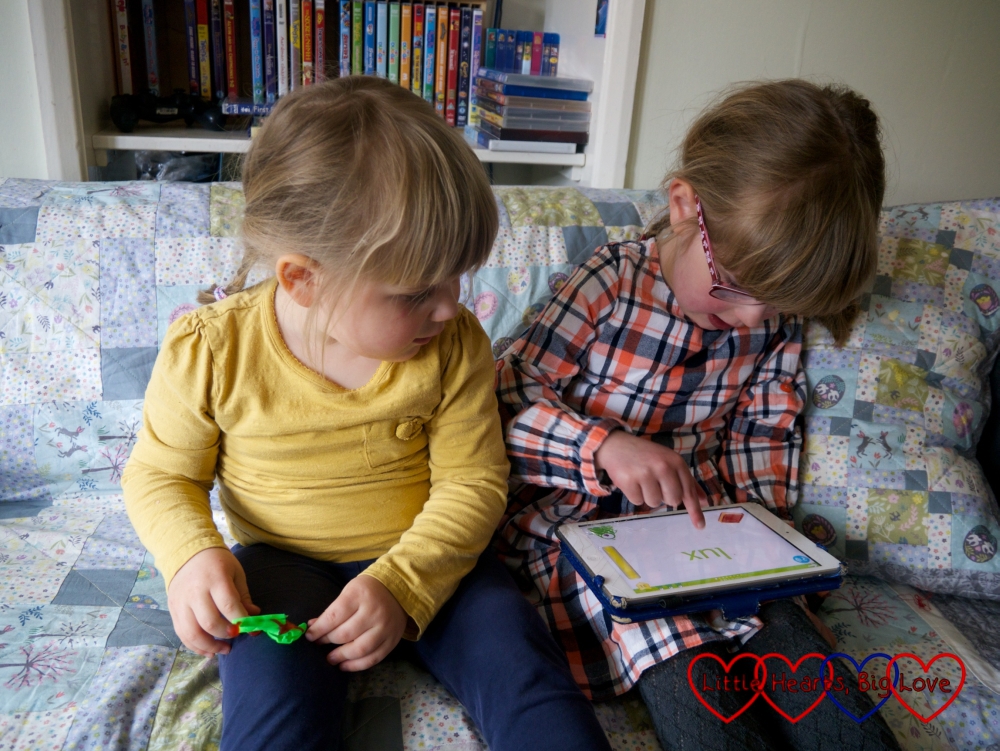 My three-year-old daughter Sophie also enjoyed playing with the app. While she can’t yet read, she is able to recognise some of the phonics sounds. The games in the water world level are perfect for her. She can match the sound to the letter although matching words to pictures is much more hit and miss. Now that she has played the games a few times though, she has started to recognise some of the words. 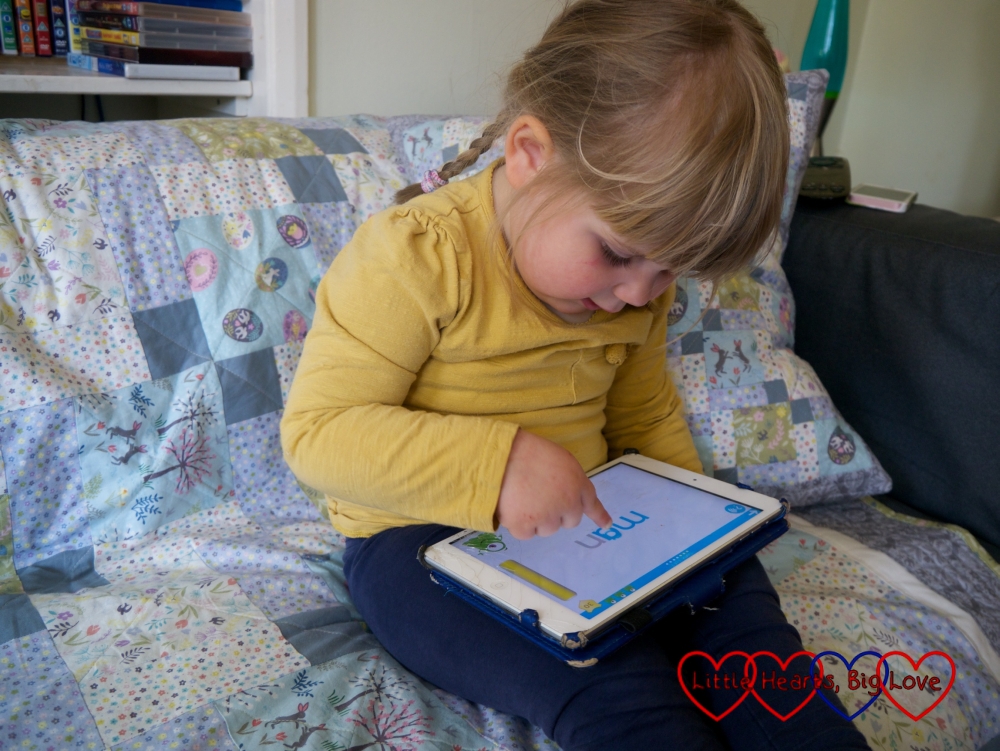 Both the girls have enjoyed playing the games on the Read with Phonics app. It’s helping to reinforce the phonics learning that Jessica has been doing at school and helping Sophie start to learn phonics sounds too.

The Read with Phonics app is available on the App Store, Google Play and Amazon. The full version of the app allowing access to all four levels costs £7.99

I received the full version of the app in return for sharing a review. All thoughts and opinions are my own. Prices quoted are correct at the time of posting.