Making time to be together as a family can be tricky in the autumn months as it’s hubby’s busy time. Last Christmas, I gave him a box of envelopes – one for each month – each containing something that we would do together. The gift of focused time together as a family. So far we’ve managed to fit each activity in to the month it was planned for but September turned out to be just too busy to fit in a day out doing a treasure trail. October too was going to be busy with just one free weekend afternoon. Sometimes you just have to grab the moments when you can! 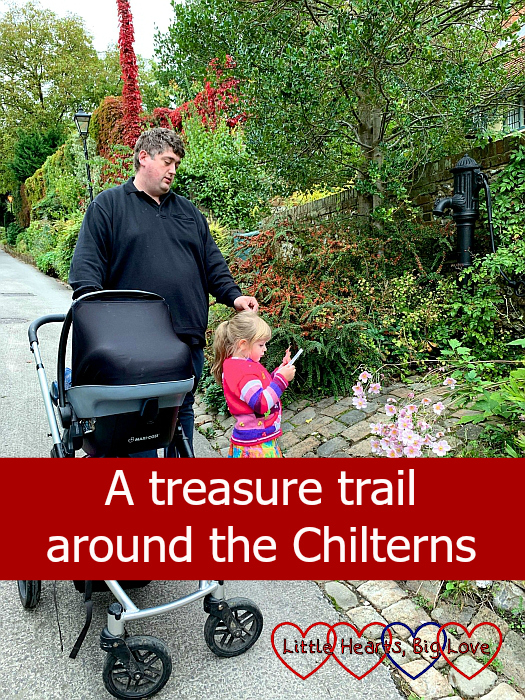 The trail I had planned for us was a driving one, taking us around the Chilterns. It would be a nice opportunity to explore some of the countryside and visit places we hadn’t been to before. 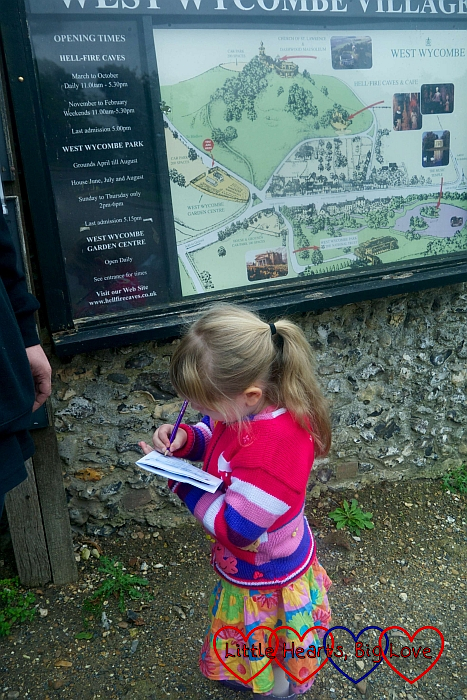 The starting point was in West Wycombe which we have visited before – most recently to plant a snowdrop in memory of Jessica at West Wycombe Park. Sophie’s now old enough to be able to solve some of the clues on the sheet with a little help, and find the answer that she needs to cross off. It suddenly occurred to me as I walked behind her, watching her looking at her trail map, that she is the age Jessica was when we last did a trail with her. For a moment, it was as if I was watching Jessica once more. 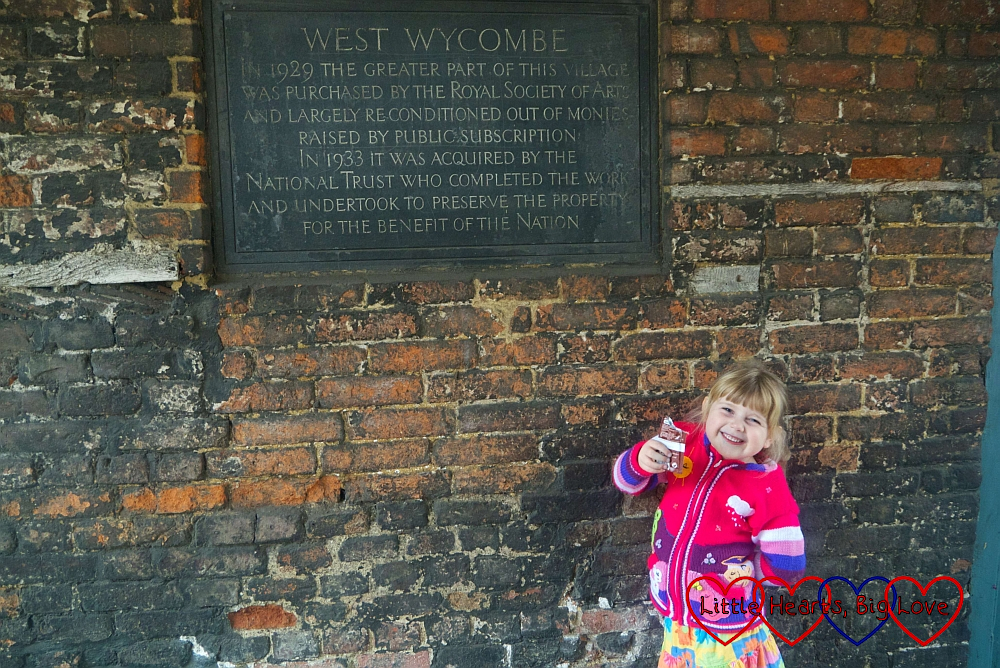 One of the clues took us up to the entrance to Hellfire Caves, which sound very spooky. These are a network of man-made caverns in the hillside. It’s a shame we didn’t have a full day free as Sophie wanted to go in and explore them. An adventure to have another time. 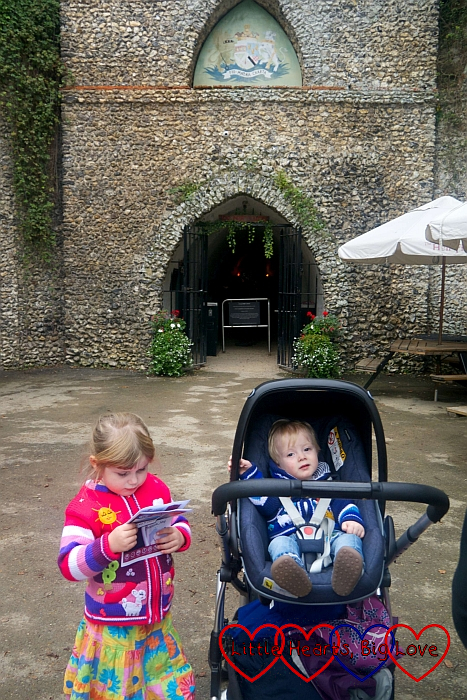 We couldn’t resist going in the old-fashioned sweet shop in the village which sadly is closing down. Sophie was in her element and would have bought half the shop if we’d let her! We came out with quite a selection of treats which helped keep us all going along the rest of the trail. I was also quite taken by seeing Bagpuss and some of the other characters  in the window. One of my childhood favourites that I’ve introduced to my own children. 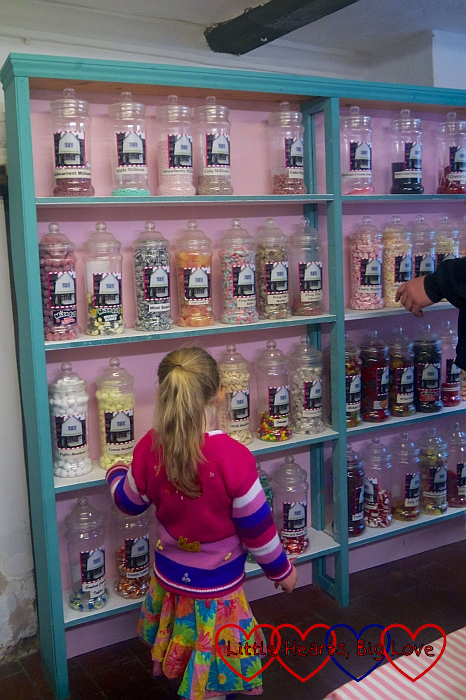 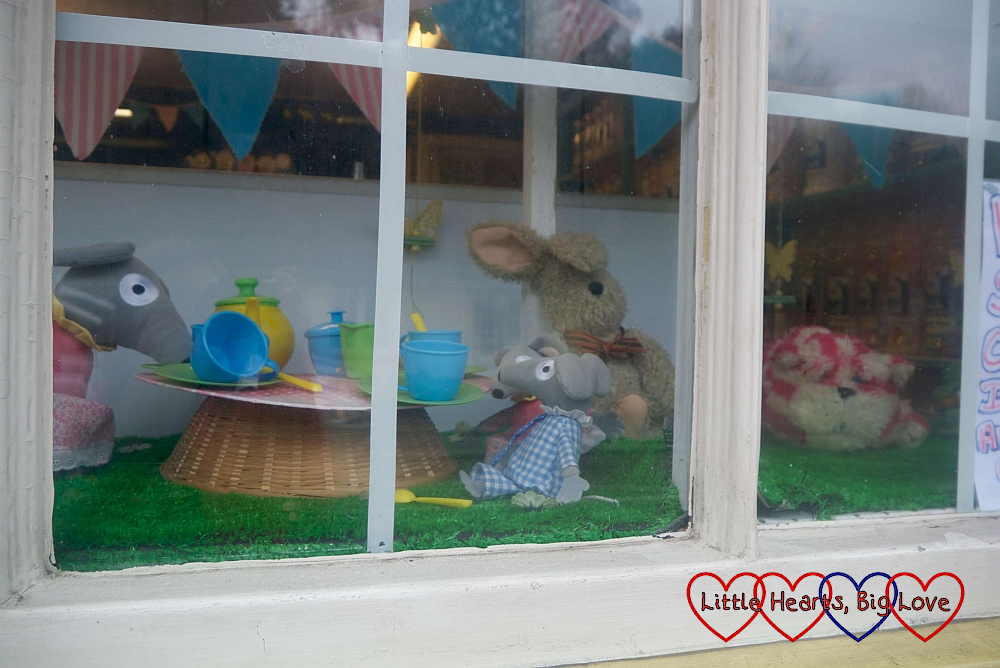 Having found all the clues in West Wycombe, it was back to the car. Next stop – Bledlow Ridge – to find the next couple of clues. Churchyards seem to be popular place for clues on these treasure trails and this one was no exception. We found one of the clues on the gravestone of a man who was ‘cruelly murdered in Yewsden Wood’ in 1893. 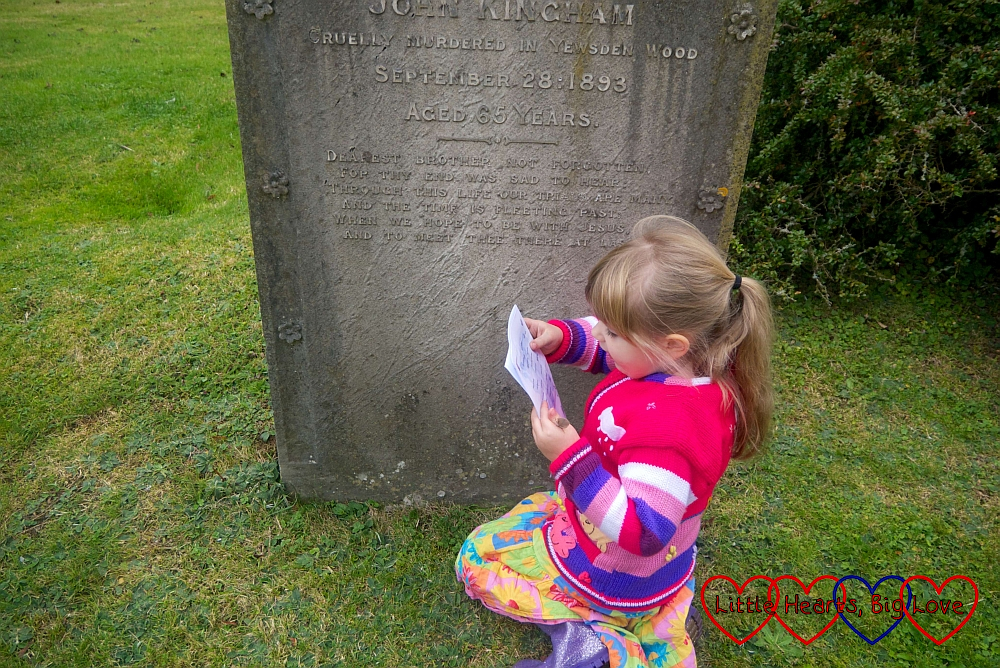 Speen was the next village on the trail. There were three clues to find here. The third one was a bit of a walk away, taking us along roads without any pavement. The treasure trail map had warned us of the lack of pavement but what we didn’t realise was we would drive past the clue location on the way to the next stop. Had we realised, we would have returned to the car and driven there instead as it would have been easier (and safer!) than trying to walk along the road with young children. 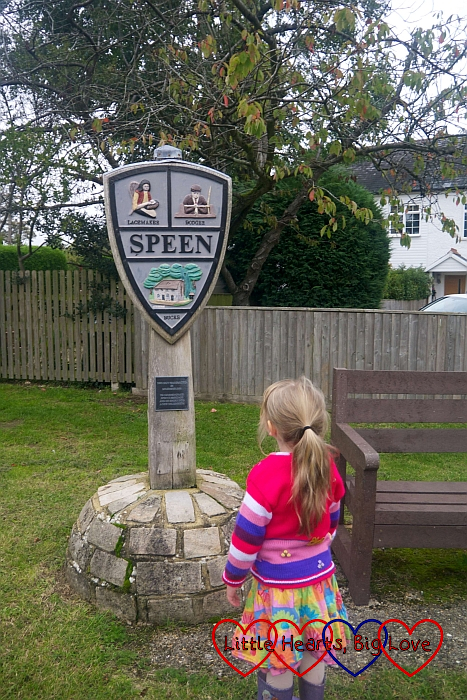 It was getting late by the time we reached our last stop at Coombe Hill. We knew we’d have to be quick if we were to get the final clues before it got dark. This was another place I’d have liked to explore a little more. There was a natural play area that Sophie would have enjoyed if we’d had time to stop. 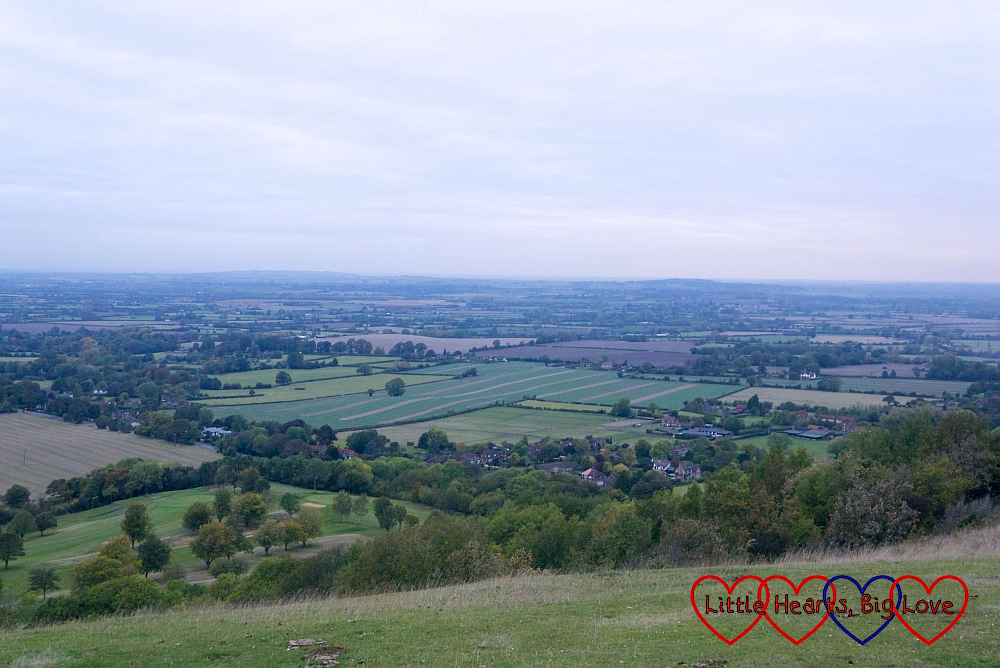 Coombe Hill is the highest view point in the Chilterns. The views are beautiful, even if the fading light meant we weren’t able to fully appreciate them. The Boer War Monument was a good point for Thomas to be able to get out of the carrier. He enjoyed being able to practice his walking! 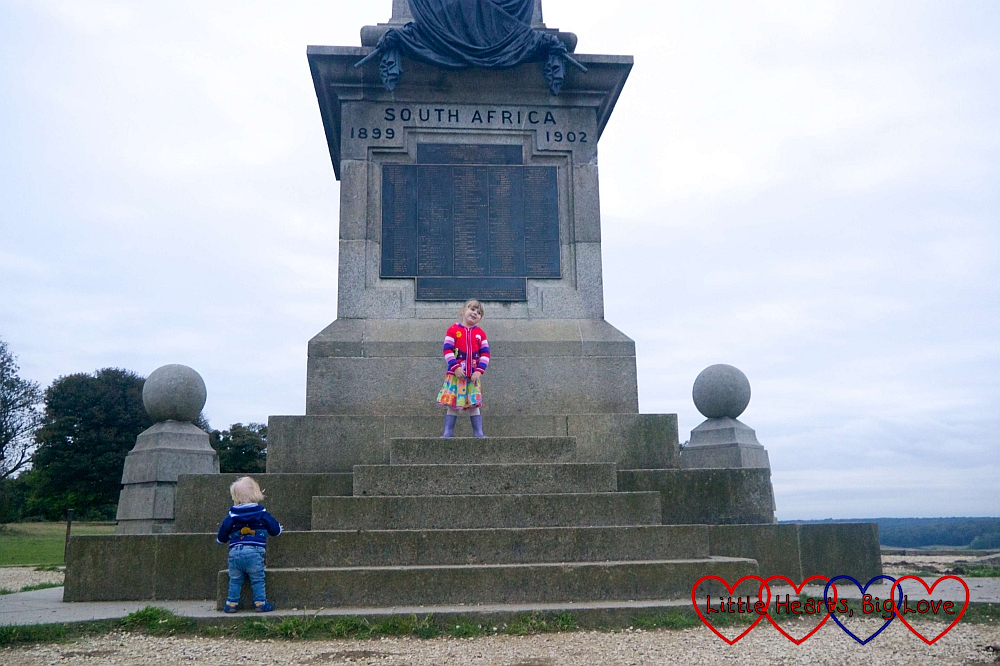 Unfortunately we weren’t able to find the answers to a couple of the clues here. I assume that they would have been found on the trig point at Coombe Hill. Sadly this was destroyed last year by vandals. We could have texted though to get the answers we needed. The fun for us was in exploring and trying to find the clues though. We weren’t that bothered about solving it. I’m not sure if the trail sheet has been updated for this trail to take this into account though. The copy we had was one I printed out nearly a year ago for hubby’s Christmas present box. 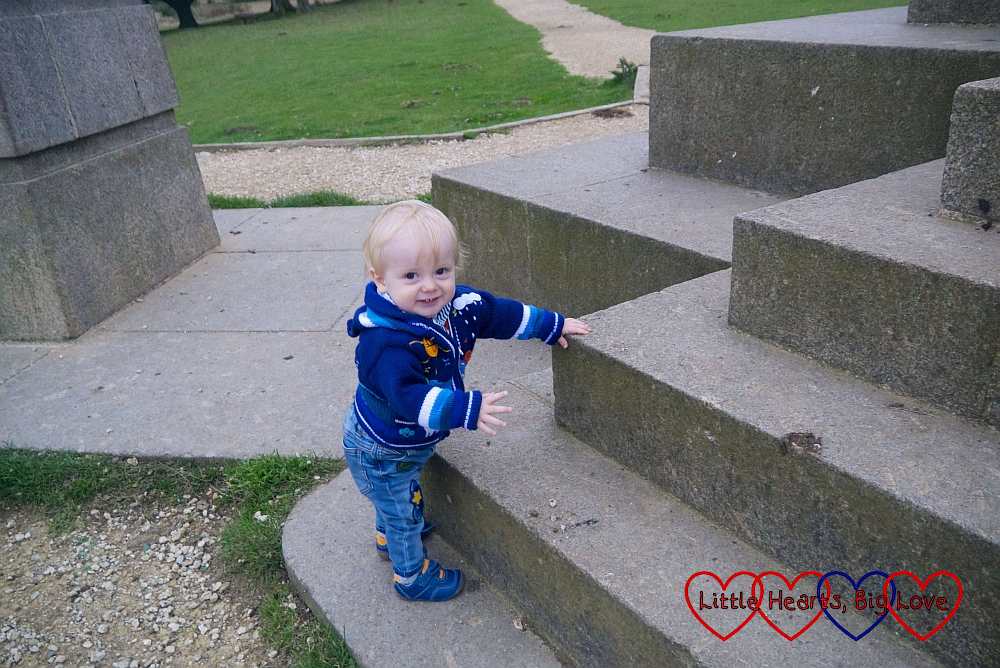 It was lovely to have that family time together out having a little adventure, even if it did feel a bit rushed at times. Having that planned activity did mean that we focused on making time together though. In the busy times with hubby away so often, moments like these are just what we need to recharge our batteries and reconnect as a family again.

3 thoughts on “A treasure trail around the Chilterns”