One of the many things that I’ve felt sad about when taking my monthly siblings photo is not being able to take a spontaneous shot of my three children together. That to include Jessica, it always had to be thought about and posed. Not really capturing the bond between my children and the little moments in the way I’d like it to. And then I spotted Sophie and Thomas having a cuddle on the sofa together, having just happened to position themselves in front of the cushion with their big sister’s photo on. Maybe spontaneous photos aren’t such an impossible thing after all. 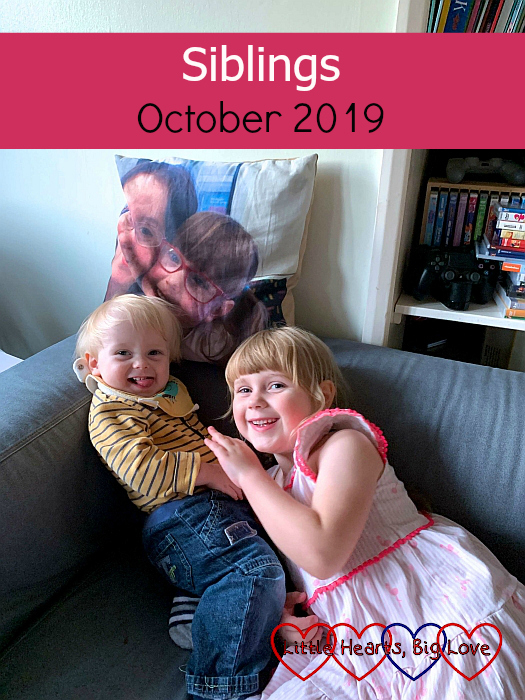 Of course, I still can’t capture the moments I’d really love to. The little moments between Sophie and Thomas that should been moments with all three of them. Dancing along to Strictly together; playing with toys. Helping Thomas take his first steps around the park – a big sister holding a hand on either side. These are the moments that I can imagine, but never capture.

I see echoes of Jessica when watching Sophie with Thomas. I hear Jessica in the moments of caring big-sisterly concern, in the moments when Sophie takes charge. I love it when Sophie talks about her big sister when she does things with Thomas and tells me how if Jessica was here, they would be able to look after Thomas together. I know how she feels the absence of a big sister figure and I see how Jessica has taught Sophie to be a big sister through the love that she had for Sophie. That love, those moments, the example she set is constantly there in the interactions between Sophie and Thomas. In all the little moments, Jessica is there too. Woven into the bond between her younger siblings. My trio, bound together with love. 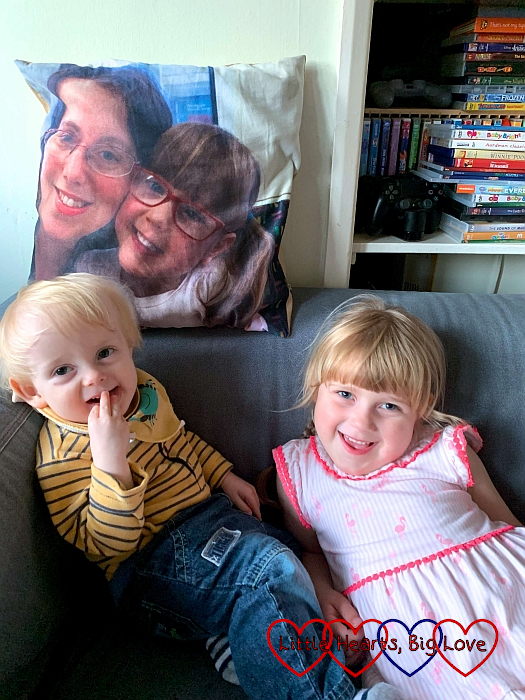