Watching toddlers learning to walk is such a beautiful thing. Those first little wobbly independent steps, the way they land on their little bottoms and repeatedly get back up again for another go and then getting used to wearing shoes and taking their first walk outside. Such a lovely milestone. We now officially have a toddler in the house. Thomas is walking on his own and getting more confident at it by the day. The first pair of shoes took a little while to get used to – especially given he’d spend nearly all summer barefoot – but he’s getting there. We’re not yet at the stage of holding Mummy’s hand and going for a short walk, but Thomas is enjoying being able to get out of the buggy or carrier at the park and take a few steps outside. 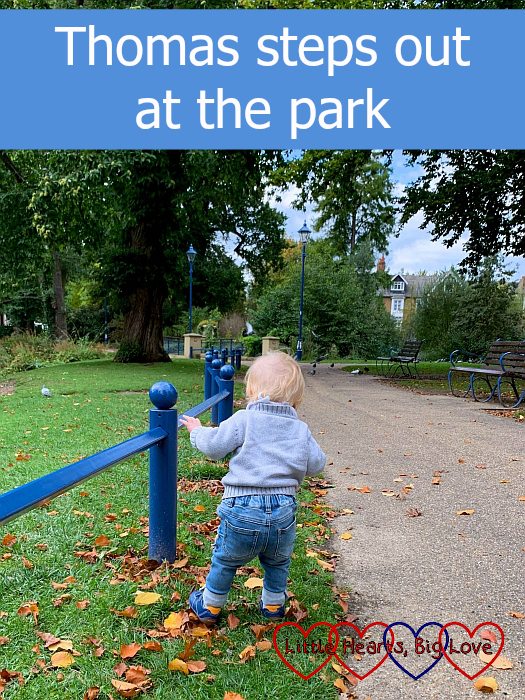 Encouraging Thomas to walk outside makes me much more aware of how frequently he still face plants! At home, walking around on carpet, he just picks himself back up (most of the time!) and carries on. At the park, it’s a different story! Thankfully there are plenty of things to hold on to. 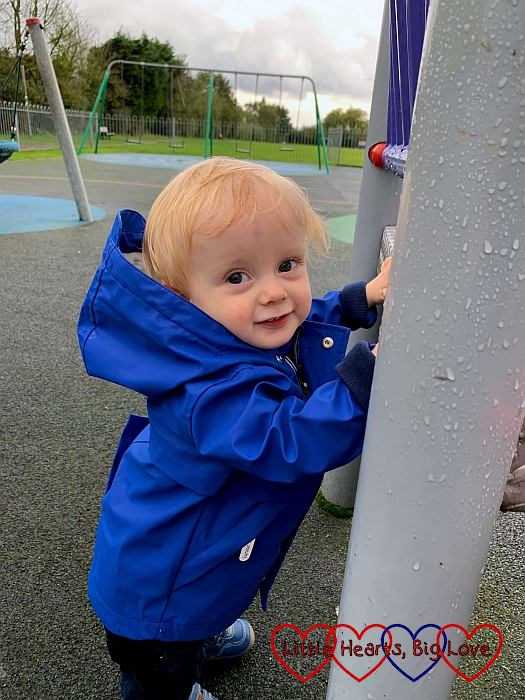 Having a proud big sister to hold his hand and keep him on his feet also helps. It’s so lovely to see how proud Sophie is and the way she encourages him. Jessica would have been very proud too.

“If Jessica was here, Mummy, we could both hold Thomas’s hand and we would be able to look after him for you,” Sophie told me. “But not when you go to rehearsal because we wouldn’t be big enough to look after him on our own.” 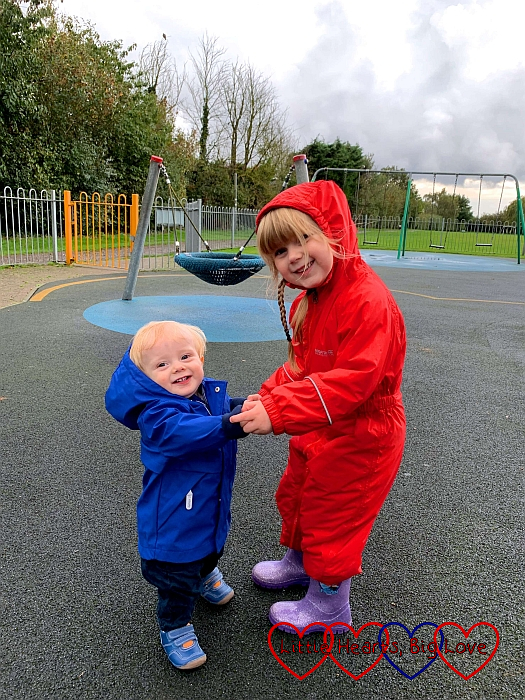 Ah yes, my girls would have been so lovely trying to look after their little brother together. No doubt Jessica would have been the one in charge, telling Sophie how best to help Thomas. I can picture it so clearly. She’s still very much part of his life even if they never overlapped. Sophie’s doing a great job at being the bridge connecting her siblings. 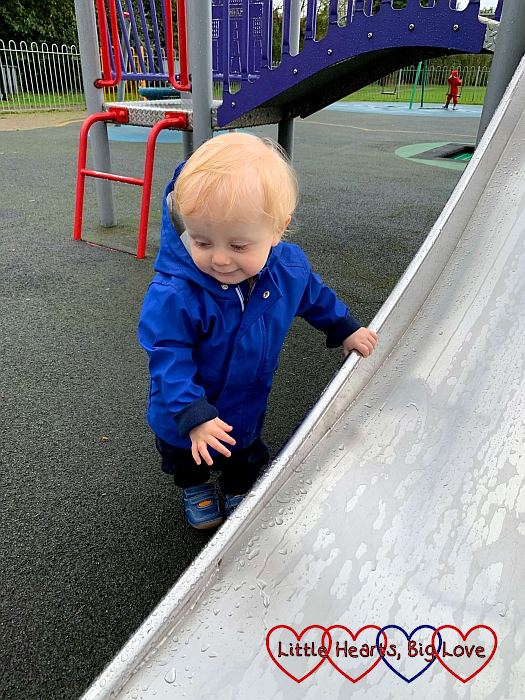 Thomas and I also enjoyed a walk around Herschel Park one afternoon while Sophie was at school. We stopped for a while to feed the ducks. The little fences around the lake and the bridges are good places for Thomas to hold on to while watching them. Another moment that reminded me of Jessica. She took some of her early outdoor steps here too. ‘Duck’ was one of her first words. 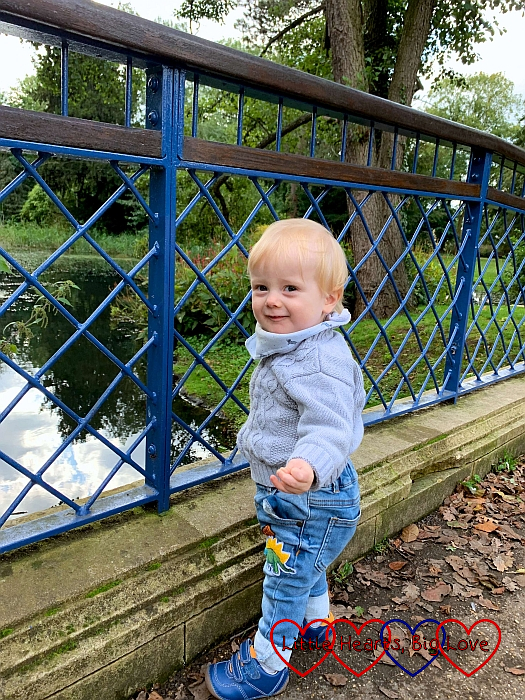 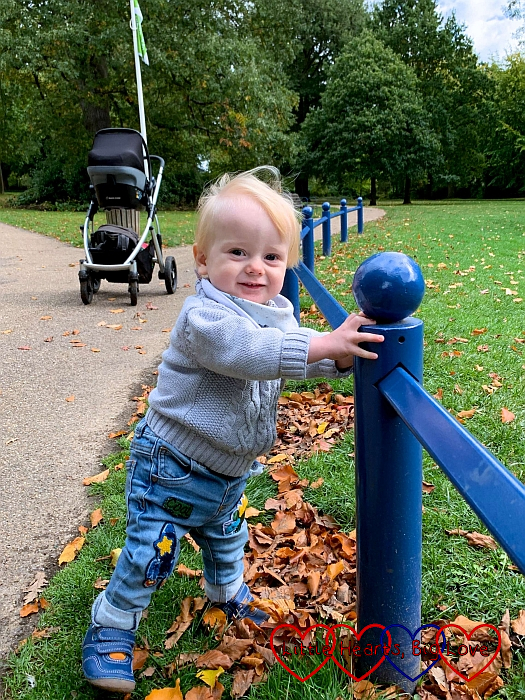 Herschel Park is such a pretty place for a walk. I love all the different trees and flowers around the park. Thomas seemed to like them too. He’s still at the stage of wanting to explore most things through tasting them though. There are lots of interesting things to pick up and explore outside. What a spoilsport Mummy is, stopping him trying to eat them though! 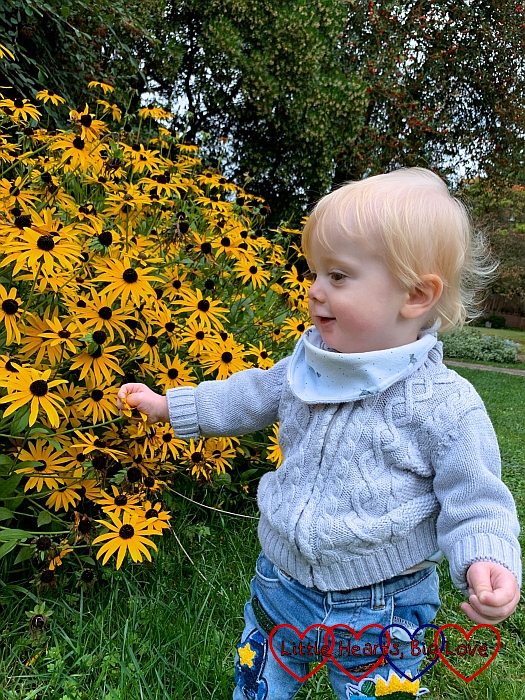 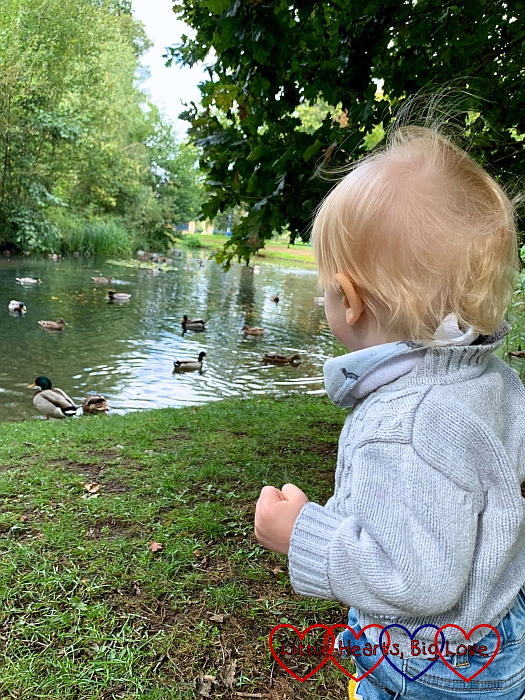 There are some edible things though – although perhaps not so much for curious toddlers. Herschel Park has a few chestnut trees. The squirrels had clearly been busy as there were lots of empty chestnut shells around the trees but I managed to collect a pocketful to take home and roast. Yum! 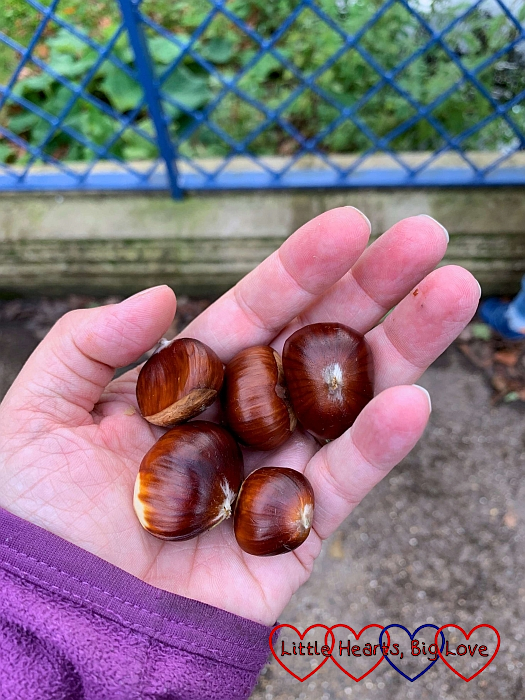 2 thoughts on “Thomas steps out at the park”