Treasure trails are such a brilliant way of exploring different places. Even with familiar places, they get you looking in a different way, making you spot things that you’d never noticed before. We recently decided to try a local trail involving a mixture of driving and walking around three Buckinghamshire villages. 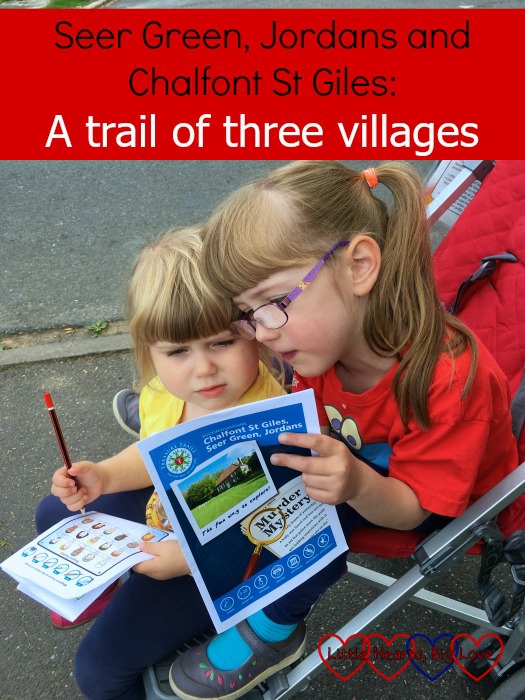 There are lots of different treasure trails available for different places. Each trail costs £6.99 and can be downloaded from the website or sent out in the post. The distance that the trail covers and estimated time it takes is shown on the website, which also indicates whether it is buggy or wheelchair friendly. Some treasure trails involve driving; others are just walking. The treasure trail booklet gives you the starting point and a suggestion of where to park. Once you start the trail, you don’t need a map as the instructions will help guide you around the route. After finishing the trail, you can submit your answer for a chance to be entered into the monthly prize draw to win £100.

Our treasure trail was a murder mystery. Each of the clues spotted along the way would help us to eliminate a murder weapon or a suspect.  We started off in Seer Green. We parked at the suggested location which was outside a playground and found the answer to the first clue on the gate. The promise of returning to the playground before heading on to the next village helped spur the children on. The walk around the village to find the four clues in this area was a short one, although the answer to one of them took us a while to spot. 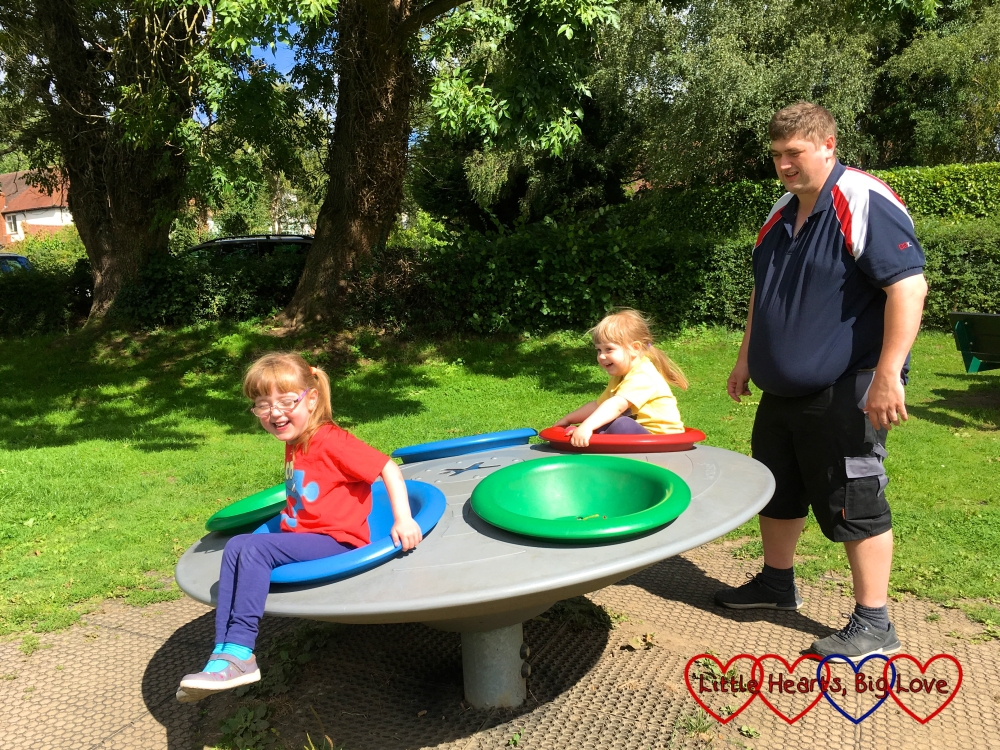 The girls loved the playground at Seer Green. The roundabout was a big hit. I was quite relieved that Daddy was happy to keep spinning them on it. He has a little more patience than I do with these things (probably because he doesn’t have to do them as often!)

It was quite a while before we could prise the girls away from the playground and back to the car to drive to Jordans. There were three clues to solve here. The answers to all of them were found around the Quaker Meeting House and burial ground. The Quaker Meeting House is an interesting building. It is Grade 1 listed and was one of the first Quaker meeting houses built after the Declaration of Indulgence in 1687 which allowed non-conformists to legally worship. William Penn, the founder of Pennsylvania, is buried here along with his wives and children. 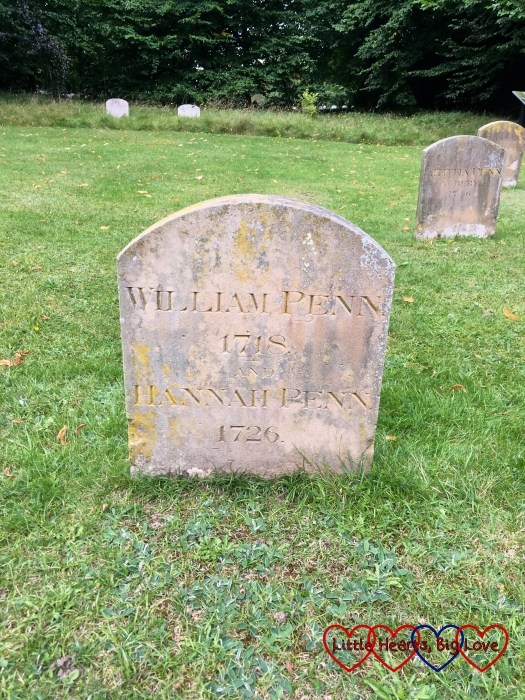 Each time we’ve done a treasure trail, there always seems to be one elusive answer. This time it was one of the Jordans’ clues. We had to find “a memorial to two whose surname you might associate with chocolate” but trying to look at inscriptions on all the headstones as well as keep an eye on the children made this quite a challenge! Thankfully, you can text to find the answer to up to 3 clues and so we ended up requesting the answer to this one. 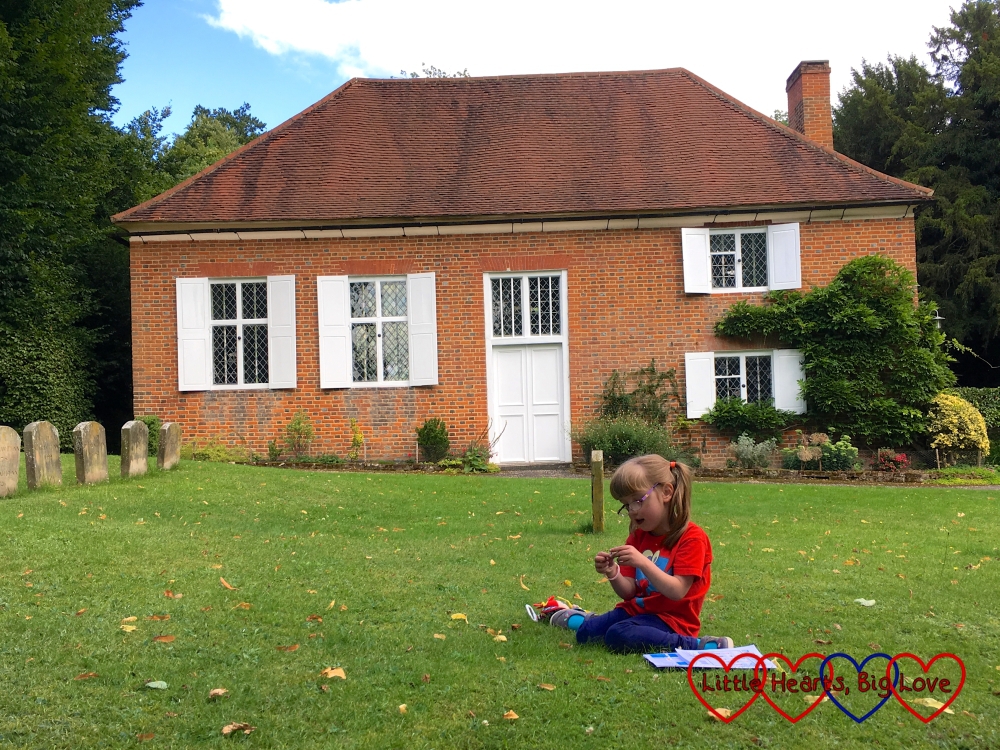 The final part of the trail was at Chalfont St Giles. This was the longest part of the trail and took us past Milton’s Cottage (where John Milton, author of Paradise Lost, once lived). It was quite late in the afternoon when we reached it so a visit wasn’t an option on this trip. 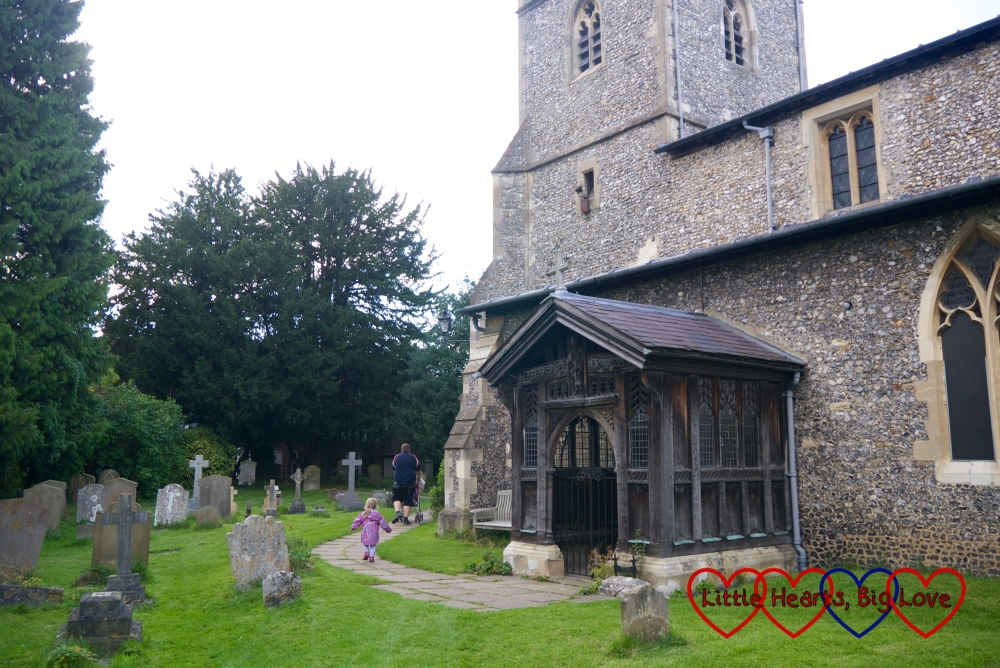 The girls were getting tired by the time we reached the churchyard and the final two clues. Thankfully we’d spotted another playground near the car park which helped encourage them on and made a lovely end to the day. 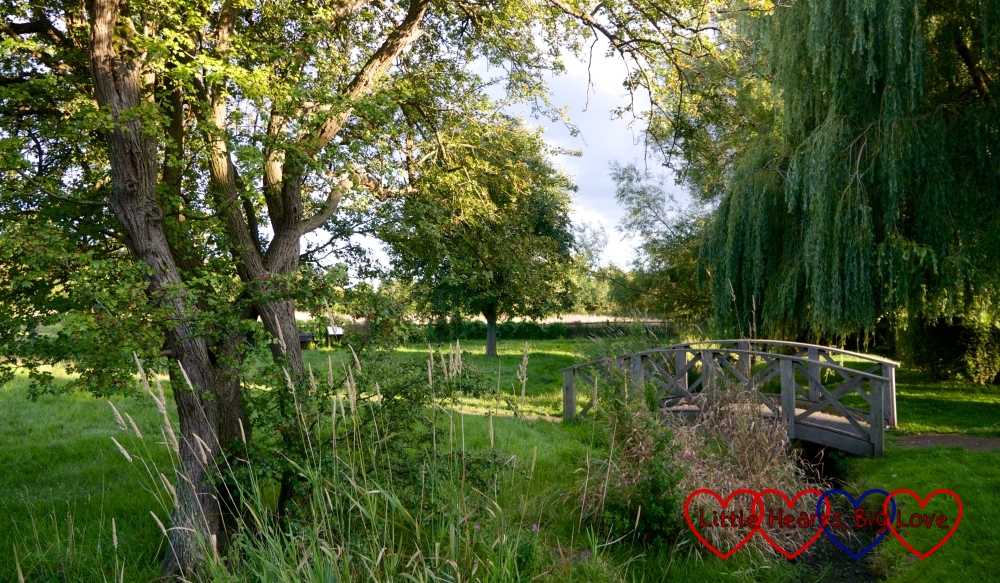 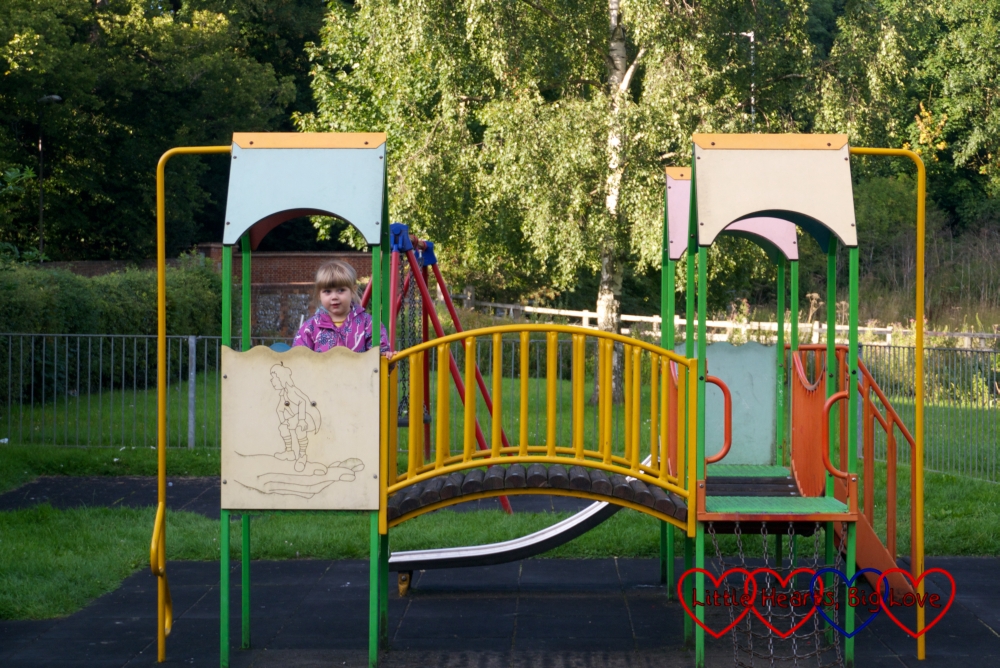