We’ve been going to TinyTalk signing classes for over three years. Jessica first started in the baby class when she was a few months old. She moved up to the toddler class shortly before she turned two. Sophie first came along to the toddler class with Jessica at just a few days old and has been going ever since.  Both the girls enjoy the classes immensely. 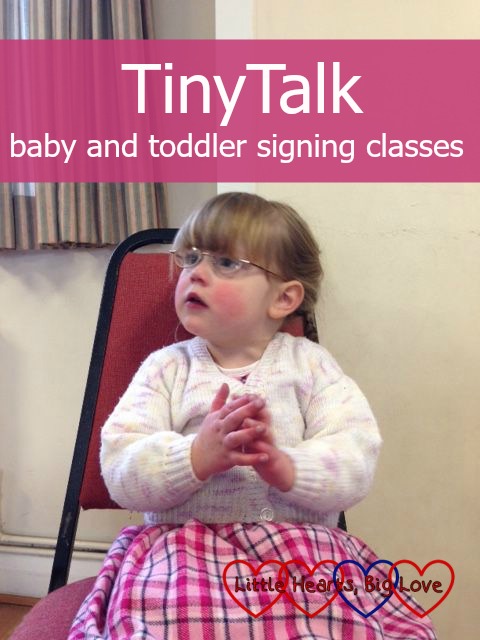 What happens in each class?

Each class involves singing and signing lots of different songs and learning a few different signs each week. There is ‘walking about’ time involving signing whilst moving around the room (Going on a Bear Hunt and the Hokey Cokey are big favourites here!), time using the parachute and musical instrument time. When the class is over, there is time for the mums to sit and chat over a cuppa whilst the little ones play with toys. Each week is based around a theme, such as colours, clothing or animals. The signs taught are based on British Sign Language.

The parachute time and the musical instrument time are the girls’ favourite part of the classes. Sophie loves the parachute time so much that she will pick up her dolly’s blanket at home, hold it and say “one, do, dee… yaaaayyy!” as she shakes it up and down in the air. Both girls love to run under the parachute as it is waved up and down. They each have favourite instruments that they head for in the musical instrument time too. Sophie likes things she can shake and Jessica usually makes a beeline for the xylophone. 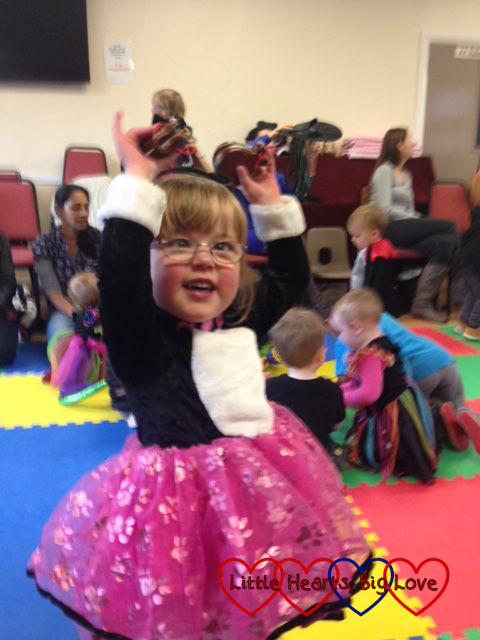 How has signing helped for us?

Both Jessica and Sophie started signing themselves at around nine months’ old. I found that being able to communicate through signing helped to reduce frustration when they were small. Jessica was a little late with her speech development. While it was clear that she could understand things we were asking her, her signing was much more advanced than her speech up until she turned two. It made a big difference that she was able to communicate with us so easily. Sophie’s vocabulary at seventeen months is already bigger than Jessica’s was when she turned two. We are less reliant on Sophie’s signing for communication, but it still is useful for helping us to understand what she wants at times.

Jessica can now sign more than 75 different words and Sophie can sign over 25 words. Last week, they received a certificate each for reaching these latest milestones.  I love the fact that the little ones receive certificates celebrating their signing achievements. 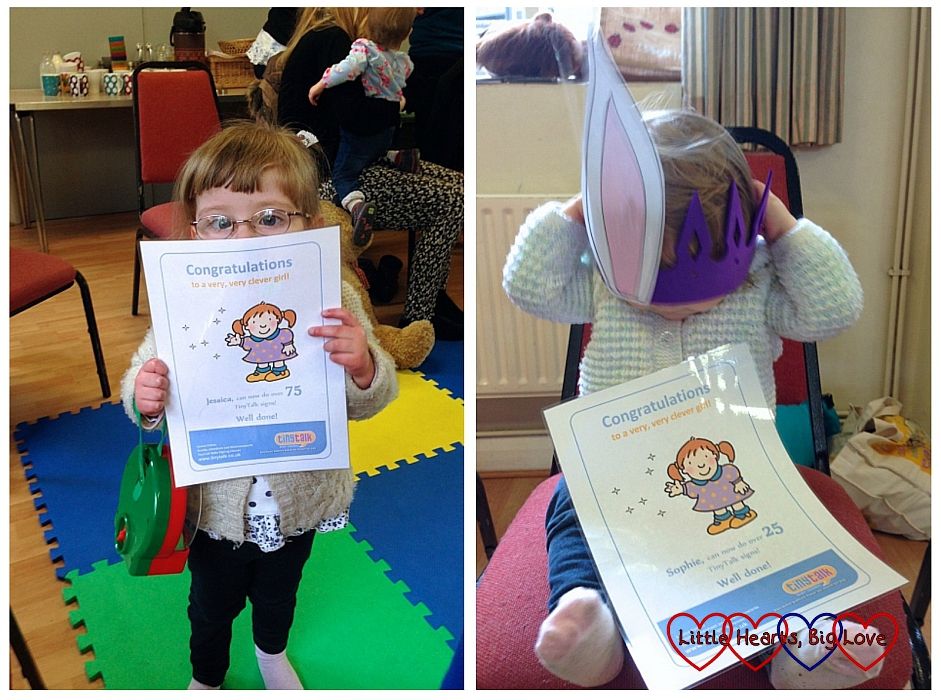 Where can you find out more?

TinyTalk signing classes are available across the country and you can search on the website to find a class near you. The baby signing classes also include sensory activities as part of the class. This is a new addition to the classes since we first started going to them. It’s a great activity to do with your little ones as well as being beneficial for helping them to communicate and definitely something I would recommend to other parents.

I wrote this post purely to share how much my children enjoy their toddler signing class. I have not received any incentives from TinyTalk to write this post.