February – a month that is all about hearts. Hearts, flowers, chocolates, Valentine’s cards. For me as a mummy to a child with a complex congenital heart defect (CHD), February also has added significance with regards to hearts as it is National Heart Month, with Heart Week taking place from 7th-14th February. 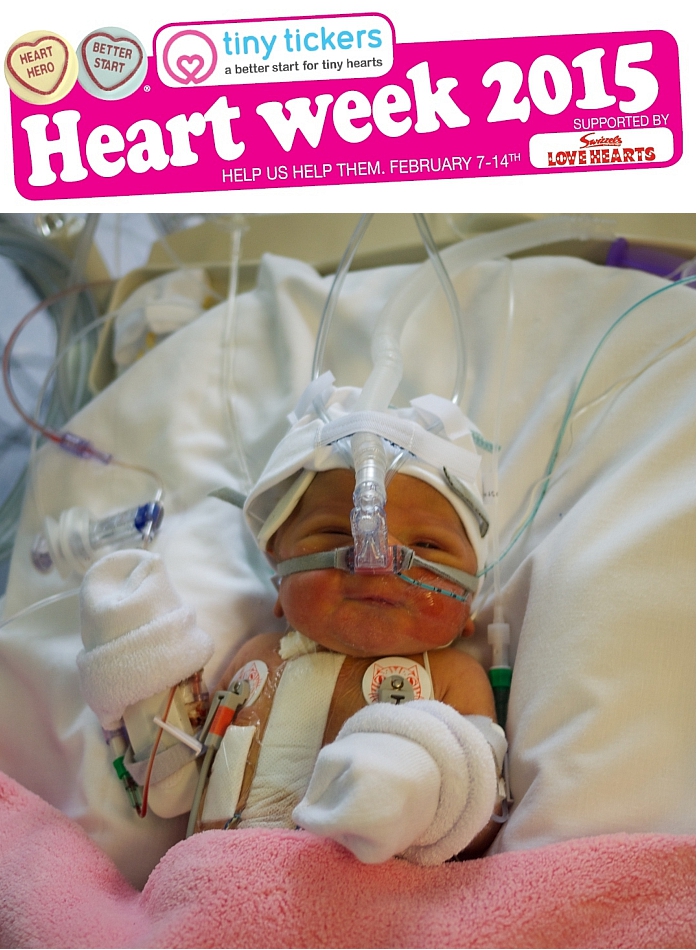 Since my daughter Jessica was first diagnosed with hypoplastic left heart syndrome at her 20 week scan, I have been involved with various heart charities, helping to raise awareness of CHDs. One of these charities is Tiny Tickers, the baby hearts charity, which aims to improve detection rates, care and treatment of CHDs in babies through providing specialist training to health professionals and sonographers on identifying heart defects during antenatal scans, raising awareness of the signs and symptoms of congenital heart defects in babies and supporting heart children and their families once a diagnosis has been made.

Heart defects are much more common than many people realise with approximately 1% of babies being born with a CHD. Around a third of these will be detected during pregnancy, with another third being picked up during the standard newborn checks that are carried out on babies in hospital before they go home. The remaining third are only detected when the baby becomes unwell and approximately 1000 newborn babies are sent home from hospital each year in the UK with an undiagnosed, life-threatening heart condition. 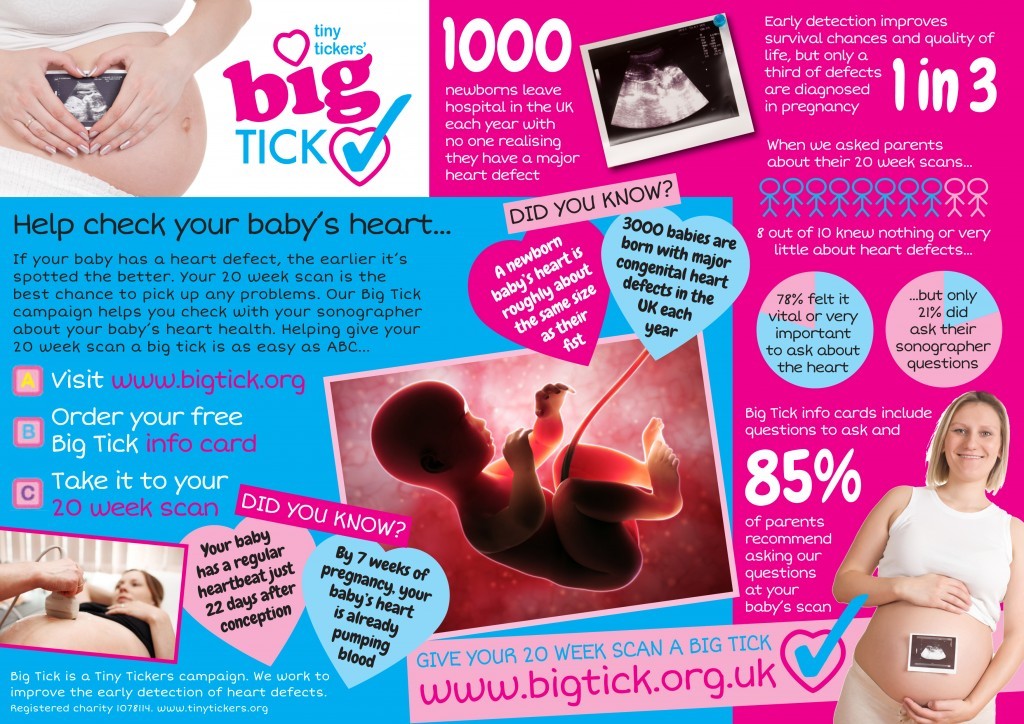 Early detection of CHDs is vital for improving survival rates and outcomes in babies with CHDs and ensuring that these babies get the treatment they need as early as possible. One of Tiny Tickers’ recent campaigns was ‘The Big Tick’ aimed at raising awareness amongst parents-to-be about detection of heart defects at the 20 week scan and encouraging them to ask questions during the scan through providing information cards.

Jessica’s story was one of those featured as part of this campaign. Had her heart condition not been picked up at the 20 week scan, she would not be here today. She had her first heart surgery whilst she was still in the womb, at 28 weeks’ gestation, and her first major open-heart surgery at just eight hours old. As you can imagine, I am incredibly thankful to the sonographer whose skill that day helped save Jessica’s life (not to mention the amazing surgeons and other medical staff who have cared for her since then). 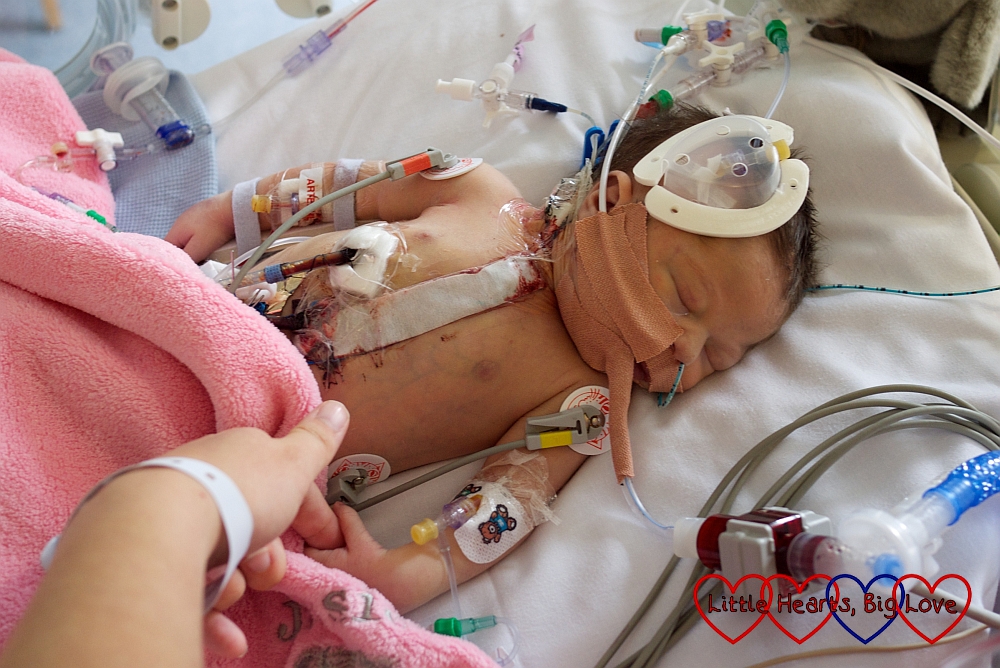 Jessica is not alone in owing her life to having her heart condition picked up on scan. Baby Robbie was born with a complex CHD called Tetralogy of Fallot which was picked up at his mum Hollie’s 20 week scan. His local hospital was 40 minutes away from the nearest children’s cardiac unit and had Robbie gone into heart failure due to his condition being undiagnosed, he may not have survived. You can read more about Robbie and Hollie’s story here.

Tiny Tickers have put together a toolkit for Heart Week 2015 with lots of fundraising ideas, including the Love Hearts ‘Guess How Many Sweets in the Jar’ game, to help them raise the funds they need to help provide training and raise awareness of CHDs so that more children like Jessica will have a chance of survival. If you would like to take part in Heart Week and help contribute towards the work that Tiny Tickers does, you can request a free Heart Week pack here.

This post was written in response to a request from Tiny Tickers for bloggers to raise awareness of their work and Heart Week fundraising campaign. As a mother of a heart child this is a cause which is very close to my heart. I have not received any payment for writing this post