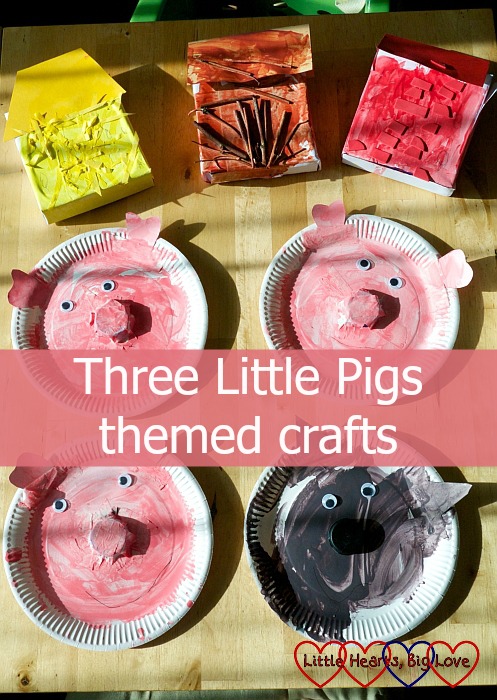 Making paper plate pigs was a nice simple activity. I cut out some ear shapes from pink card and we glued these to the edges of the plate. Next, Jessica glued a bottle top in the middle of the plate. I covered this with masking tape to make it easier to paint over. We then painted the plate pink and added some googly eyes before repeating the process for the other two pigs. 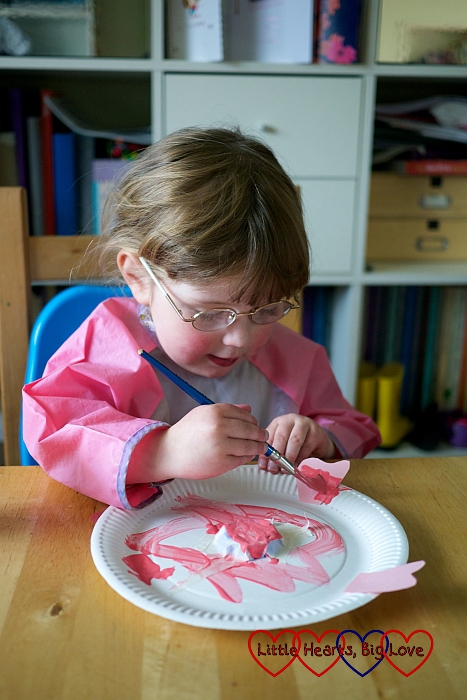 The wolf was made in a similar way with pointy ears cut out of brown cardboard. This time though, we painted the plate first. Jessica glued a black bottle top on for the nose afterwards, finishing off with googly eyes. 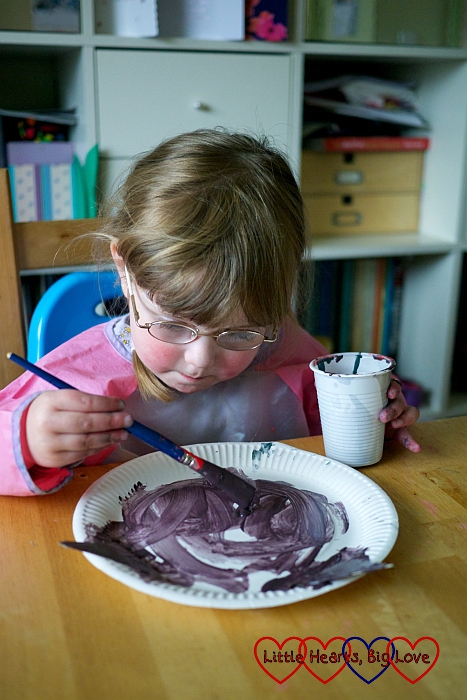 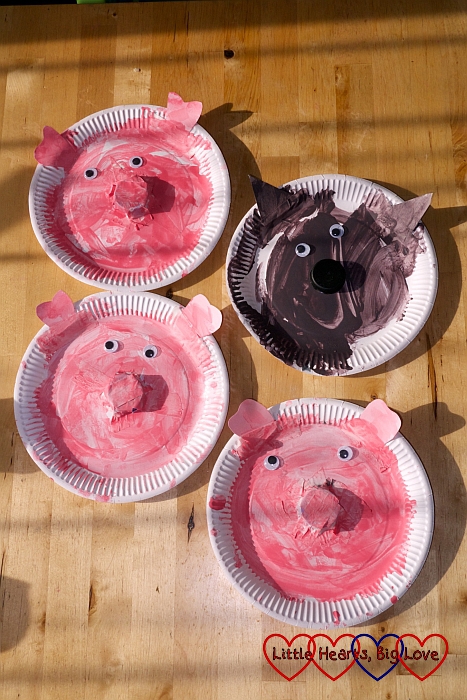 We used three cardboard cereal bar boxes to make the three houses. I covered the boxes with white paper (again to make them easier to paint) before gluing a roof made from a folded piece of coloured cardboard to the boxes. I didn’t quite have enough yellow cardboard for the straw house so just cut out a roof shape instead. 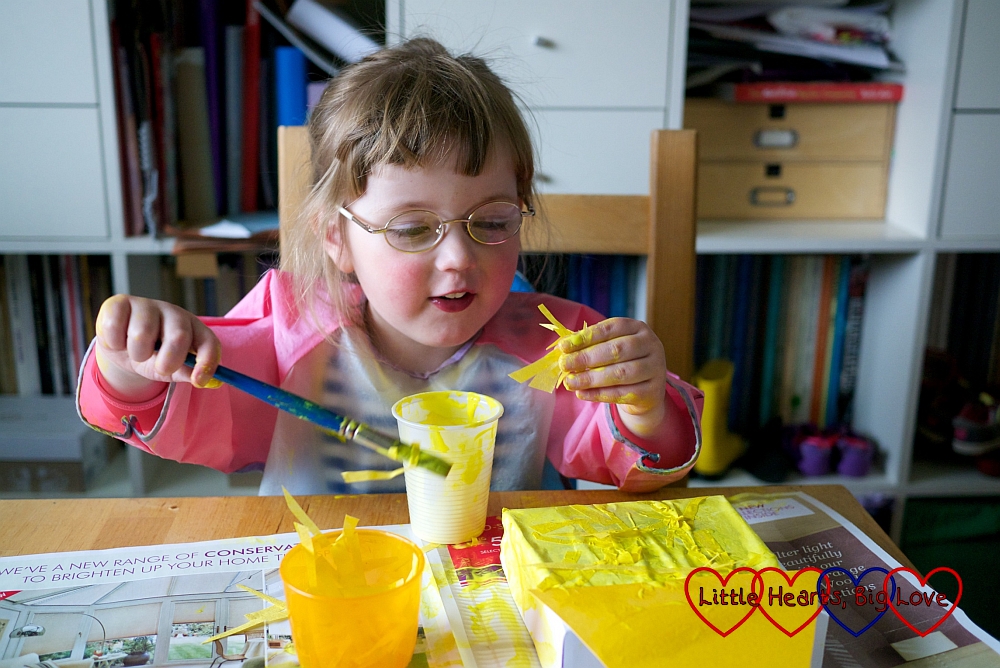 Once the roofs were stuck in place it was time to paint the boxes. We used a mixture of paint and gloopy glue and added the ‘straw’ (shredded yellow tissue paper) and sticks (twigs from the garden) as the boxes were being painted which worked quite well. After the wooden house had dried, I added an extra layer of glue over the top of the twigs to make sure they stayed attached. 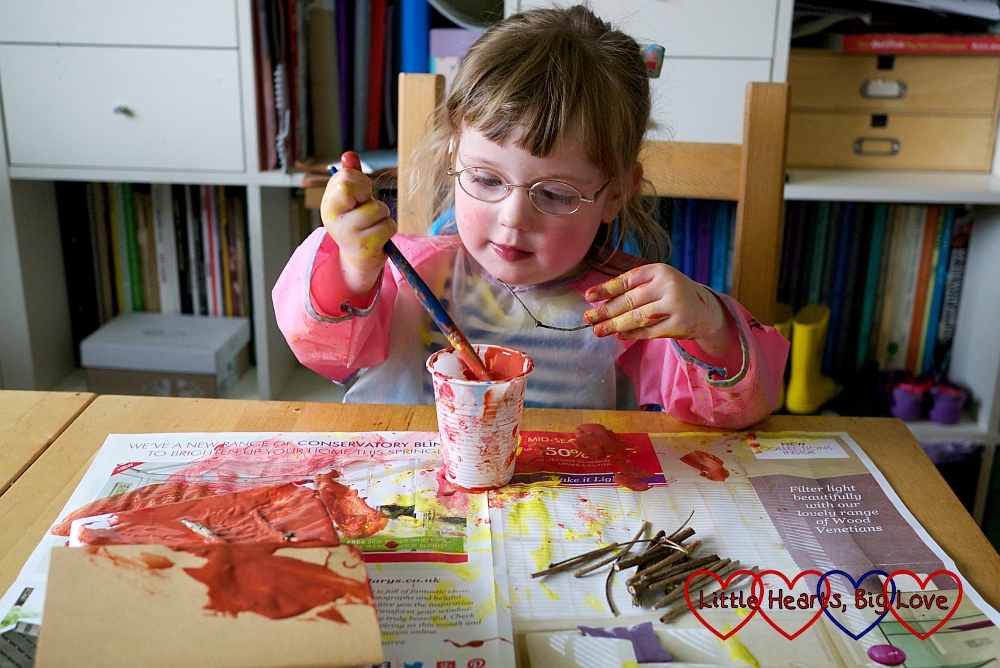 We painted the brick house red and left it to dry. Once it was dry, we added “bricks” made from self-adhesive foam shapes. Jessica used a pen to add doors and windows to all three houses once they were dry. 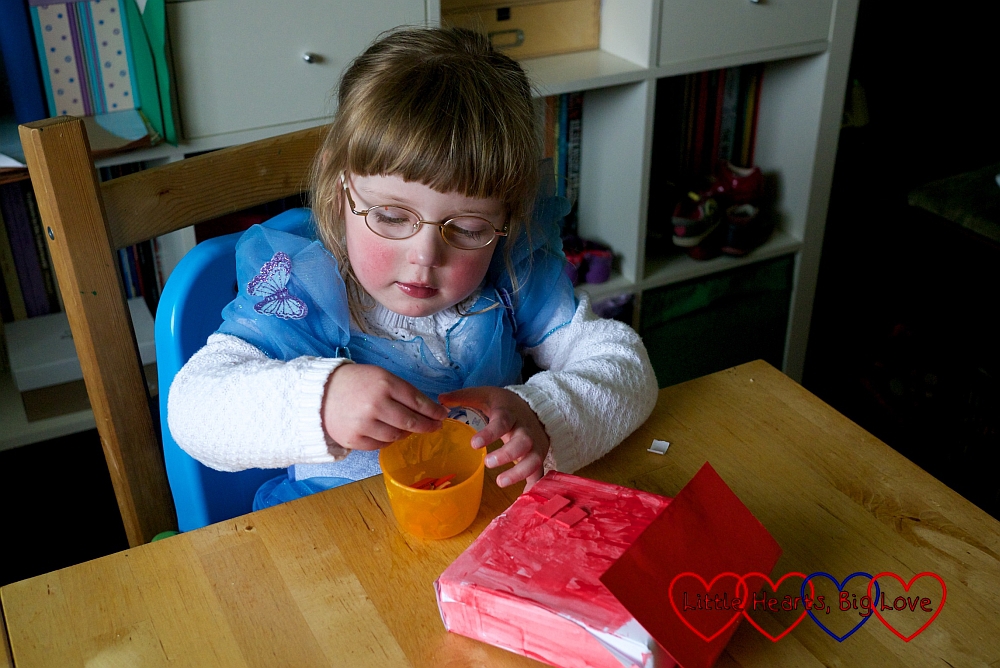 It has been lovely to watch her re-enacting the story with her paper plate animals and the houses. The houses aren’t very good at staying upright though. The wolf is able to huff and puff and knock all of them over very easily. A big blob of blu-tack placed inside the brick house would have made it more stable! Jessica doesn’t seem too bothered about this variation to the story though. Her other favourite game is for the piggies and wolf to play hide and seek by hiding behind each other. It’s certainly been a fun way for her to explore the story. I think we’ll be trying similar activities to accompany stories in the future. 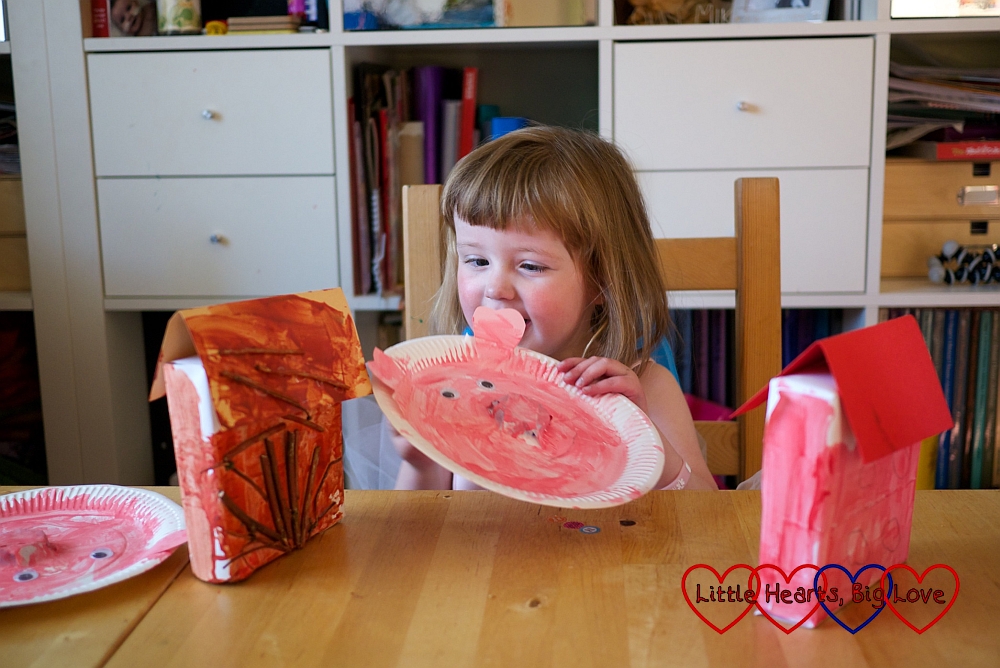 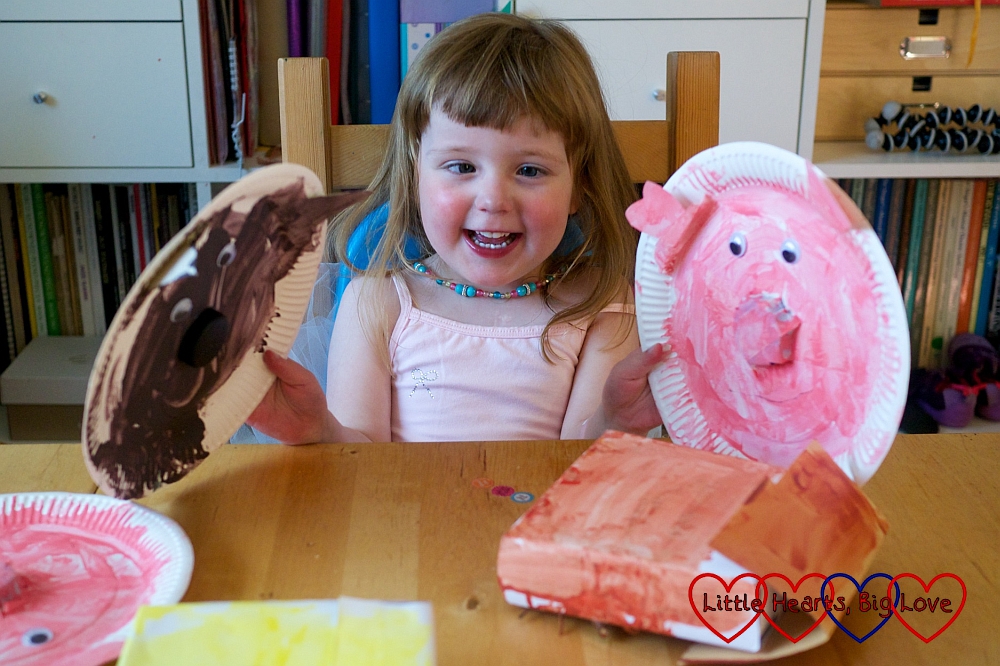