Last year we enjoyed several trips to Legoland before it closed for the winter. Today it reopened for the 2015 season and Jessica was very excited this morning when I told her we would be going to Legoland for the day and was looking forward to seeing the pirates again. 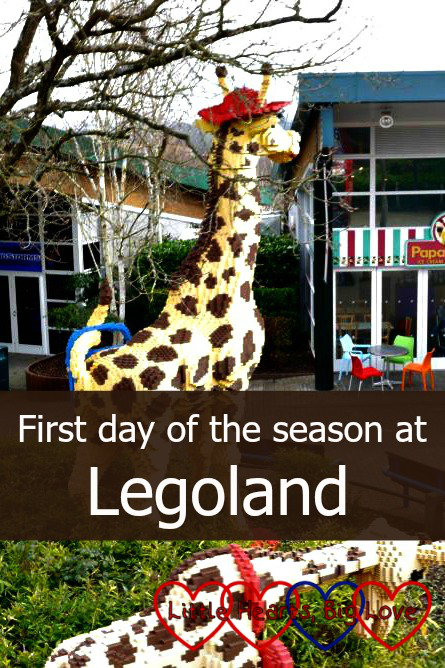 Hubby bought me an annual pass for my birthday last year which covered me and Sophie (who gets in for free as she is under 3). Jessica now needs her own pass and we have bought a preschool pass for her which cost £60 and covers her and an accompanying adult for entry into the park. With an adult ticket costing £48 on the gate (although if you book in advance online you can save up to 25% on ticket price) and a child ticket costing £43.80, the preschool pass is very good value –the only catch being that it is only valid for weekdays during term-time. On the plus side though, it does now mean that I can invite Grandma or a friend to come with us to Legoland and my friend Denise came with us today.

We normally get the Hill Train down but this was temporarily closed when we arrived so we had a leisurely walk down towards Miniland and Lego City. This year, Jessica is now able to go on rides that require her to be 0.9m tall (she’s only just tall enough though!) and our first ride, Sky Rider, was one of these. It’s a ride along an aerial track giving great views across Miniland, but Jessica was not keen at all and spent the ride gripping on to me wanting to “cuddle Mummy” as she was a bit nervous about being so high in the air. 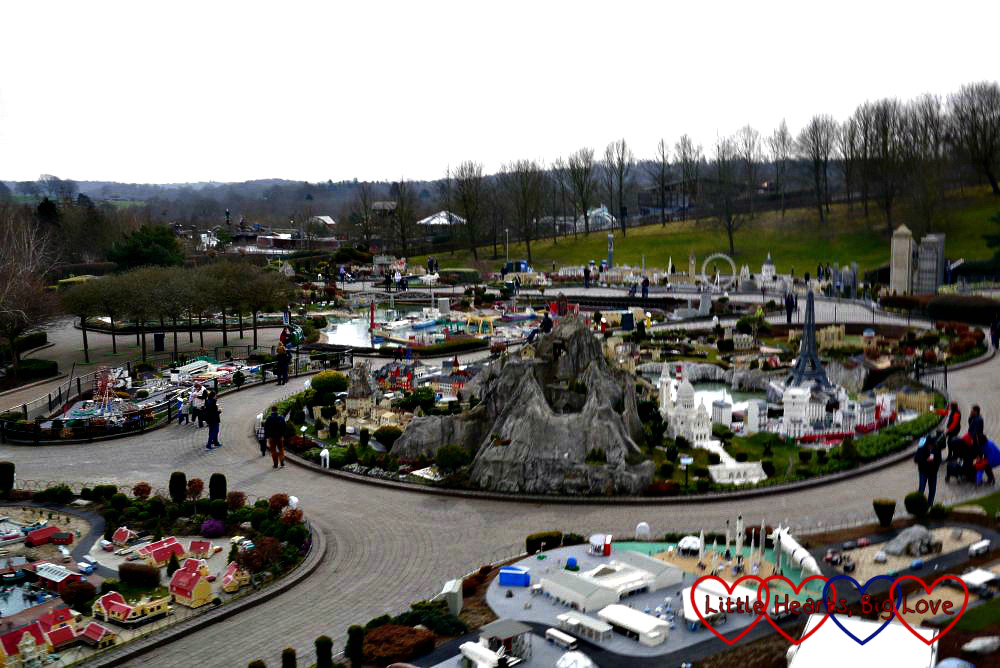 We took a wander through Miniland and saw all the Lego models of London landmarks and scenes from around the world. One of the things I love about Miniland is that every time I wander through it, I spot something new and this time it was noticing a Lego fossil dinosaur in the wall of the tube station.

Lego City had undergone a bit of a refurbishment over the winter as there is a new area called Heartlake City which is due to open in May 2015 which includes part of what was Lego City last year. The pirate stunt show area had also been spruced up but to my surprise Jessica wasn’t particularly interested in stopping to see the pirate show (one of her favourite things last year) as she was keen to head off to ride on the ‘horses’ – the Desert Chase carousel ride. We started off with a ride in the tea cup. Sophie is now big enough to want to hold on to the disc in the middle and help spin the cup and both girls enjoyed this. We then went on a second time, this time with both girls going on a horse each (last time I tried to do this by myself which was very challenging trying to hold both girls up on horses – I was very grateful for having an extra pair of hands with Denise being there this time around!). 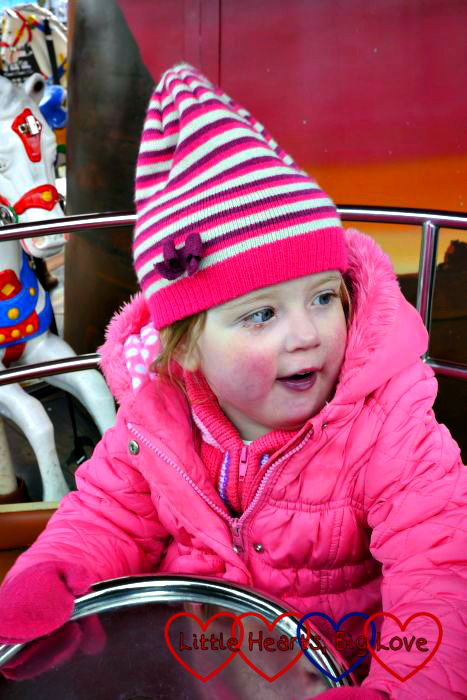 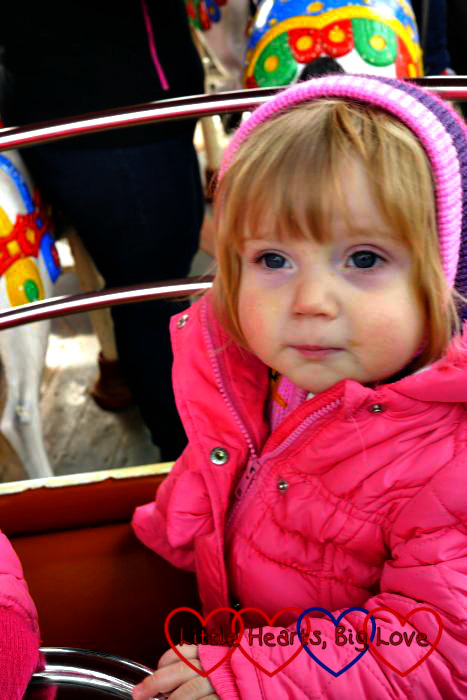 Jessica enjoyed a ride on the Thunder Blazer, a chairoplane ride, which was another ride that she had been too small to go on last year. 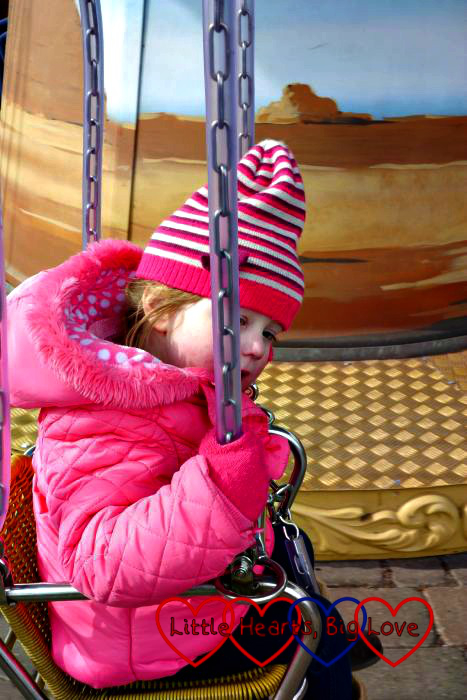 We then headed back through Lego City and towards Duplo Valley, stopping en route for Jessica to have a drive in one of the L-Drivers cars. Her driving ability has not improved since the end of last summer though as she spent most of it steering straight into the kerb and needing to be constantly rescued and pointed in the right direction again! 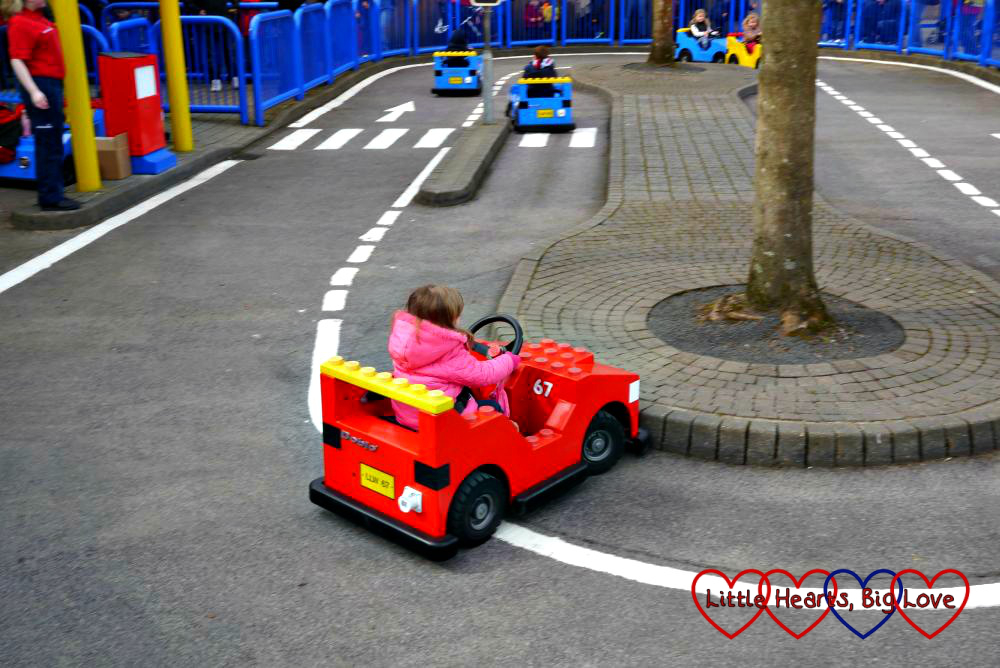 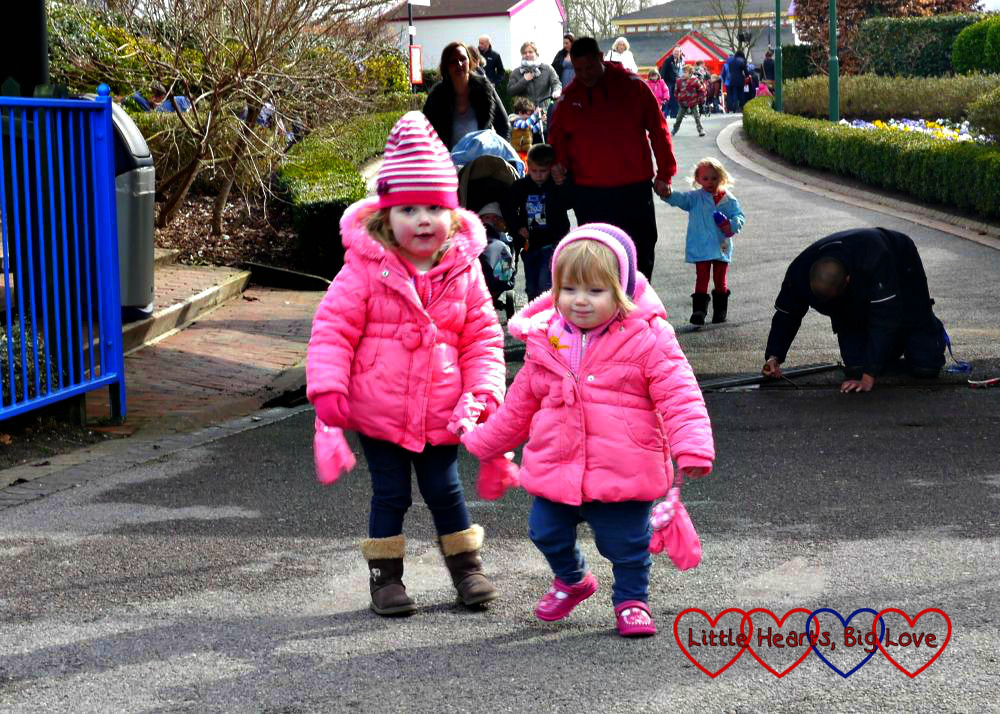 At Duplo Valley we enjoyed our first picnic of the year before having a ride on the Duplo Train and exploring the Brickville play area. Jessica wanted to explore Splash Safari – the water feature area – but it was far too cold and as by this point she was looking rather blue, we decided to head back up the hill (this time on the Hill Train) and grab a cuppa and a muffin at the Hill Top Café before heading home. Both girls fell asleep within a few minutes of arriving at the café – they’d enjoyed their day out but I think were a bit knocked out by having only just recovered from being poorly recently. 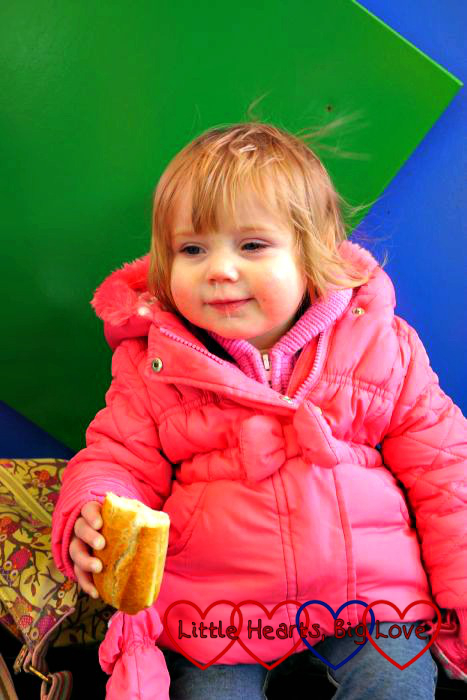 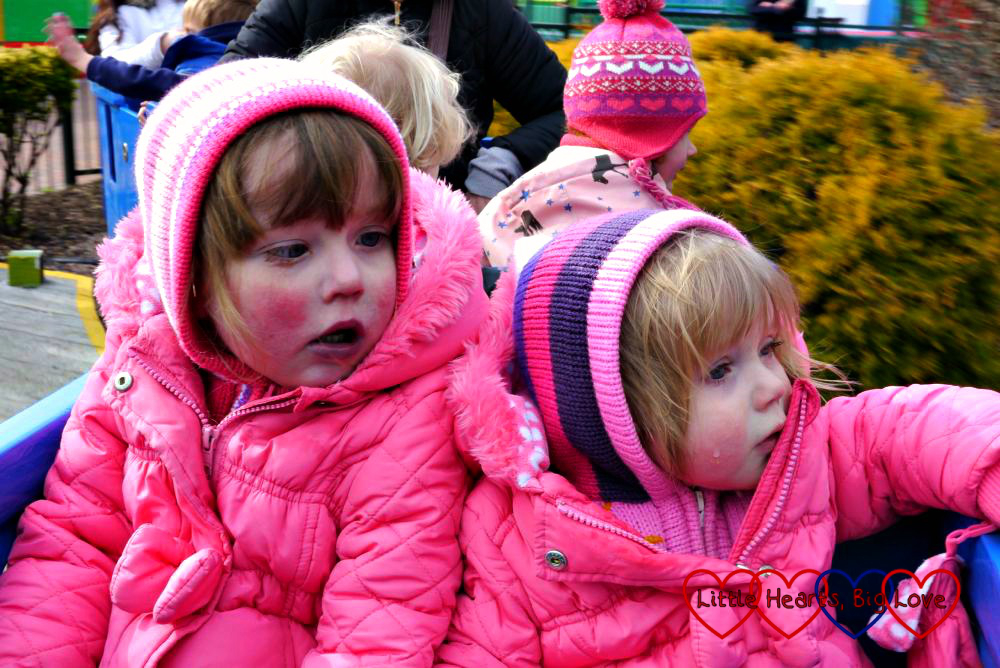 One of the things I love though about having an annual pass is there is never any pressure to try and fit a lot in to a day because we can always come back again.

52 thoughts on “First day of the season at Legoland”