Over to her bed, one (or two) children creep

This is her tale of bedsharing woe: 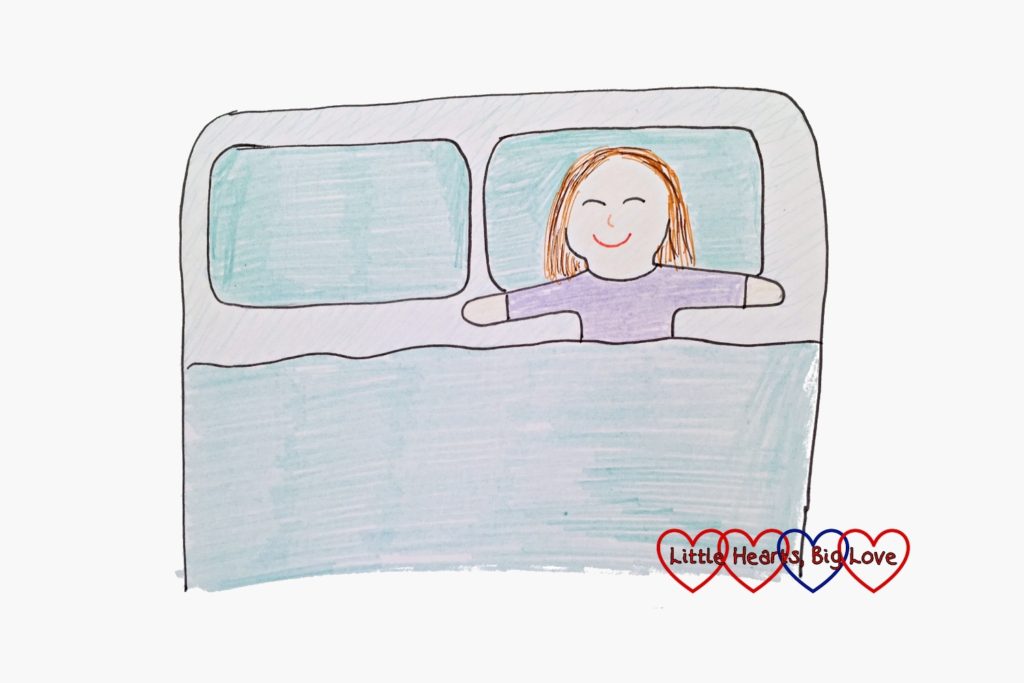 There was one in the bed and the Mummy said “how lovely, how lovely!” 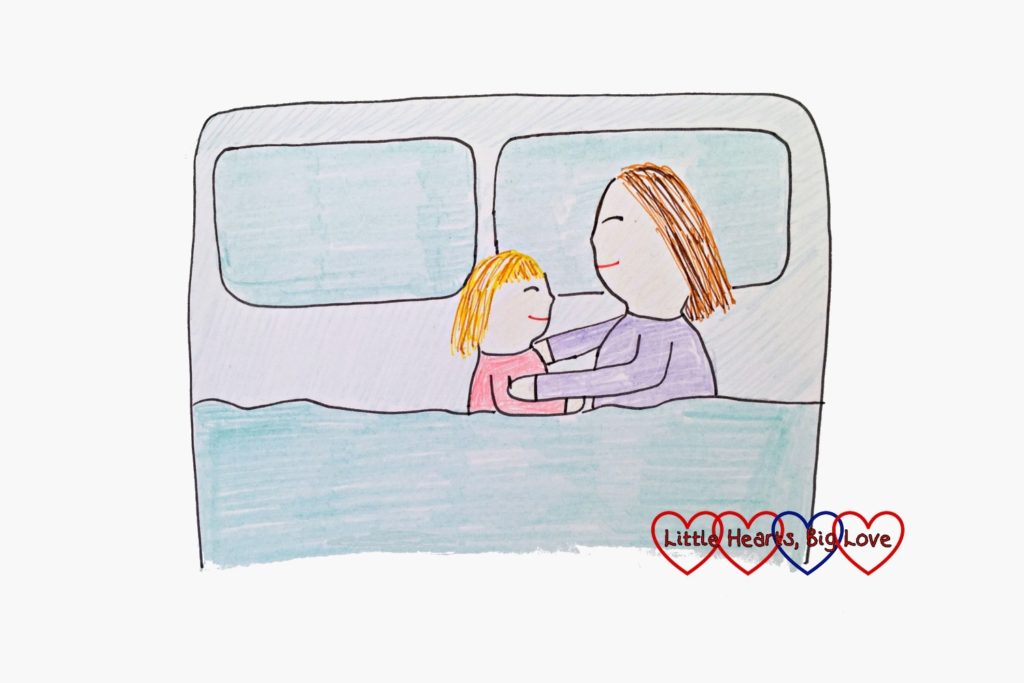 There were two in the bed and the little one said “want cuddle, want cuddle!” 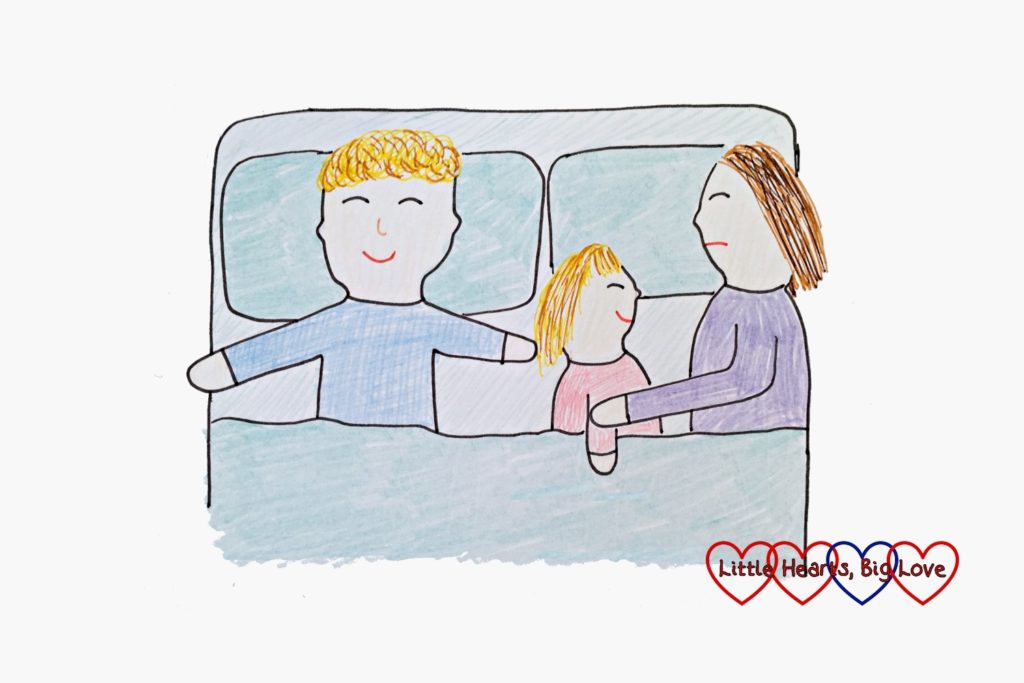 So she rolled over and made herself some room and a rather squashed Mummy tried to get some sleep,  but soon she heard the patter of another pair of feet… 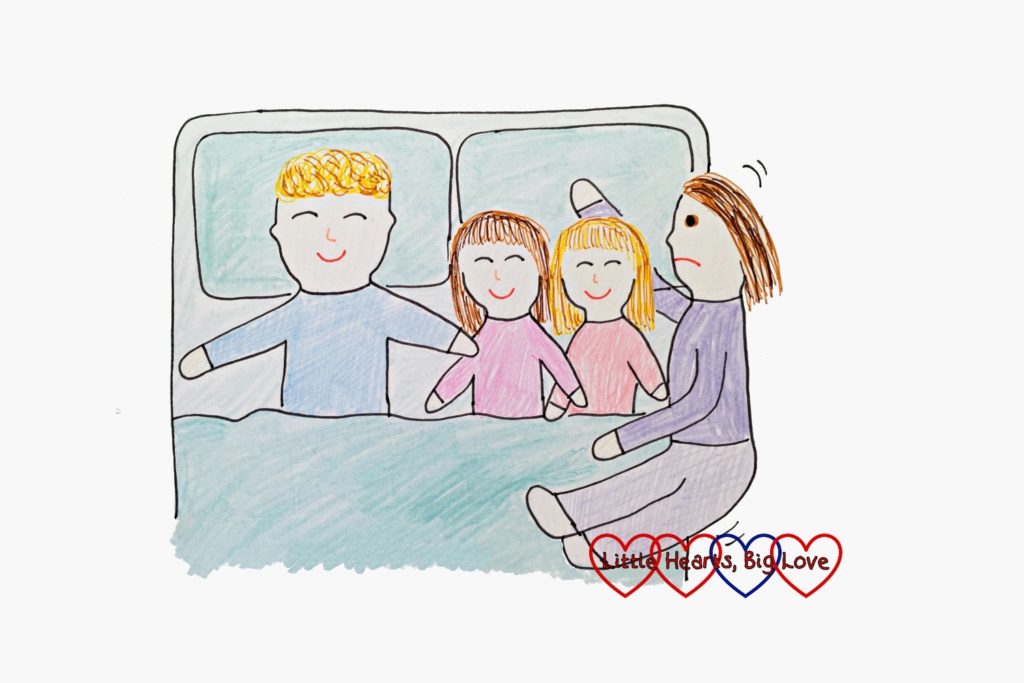 There were four in the bed and the little one said “roll over, roll over.”

So they all rolled over and Mummy almost fell out and decided to go and curl up in one of the children’s beds, in the hope that she might be able to finally get some sleep… 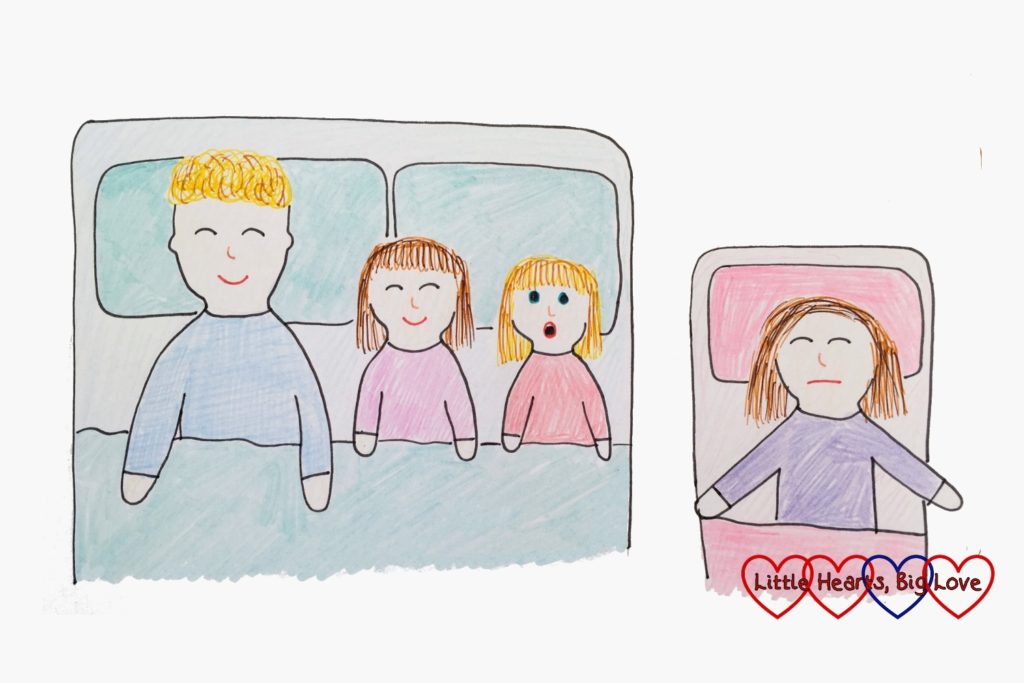 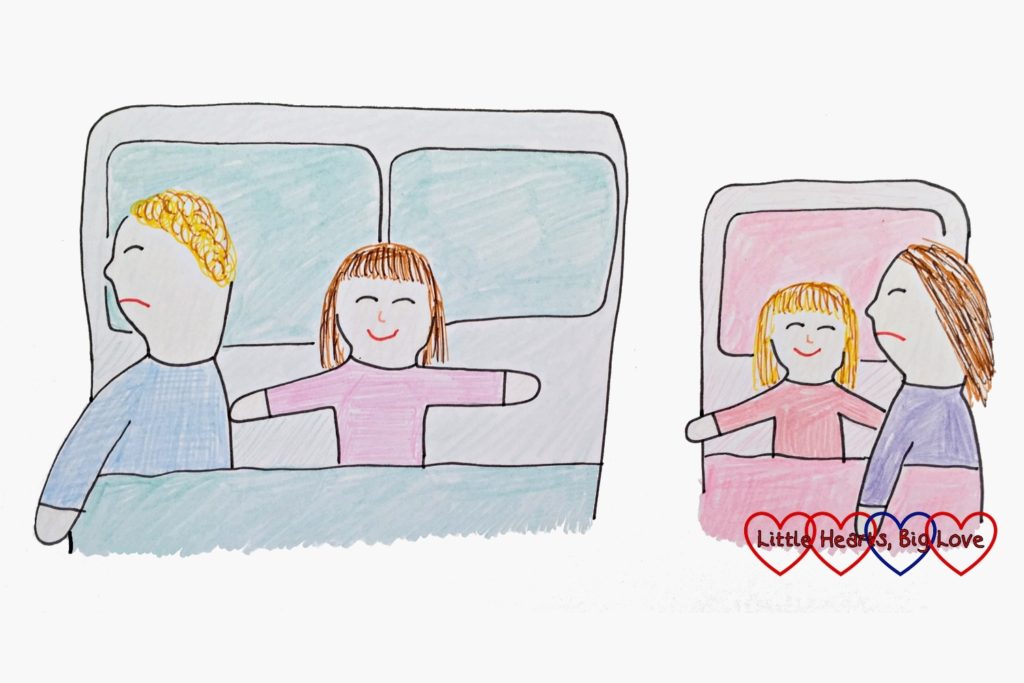 There were two in each bed and the little ones were quite comfy, quite comfy.

So they both rolled over and stretched themselves out and neither of the big ones got a great night’s sleep. 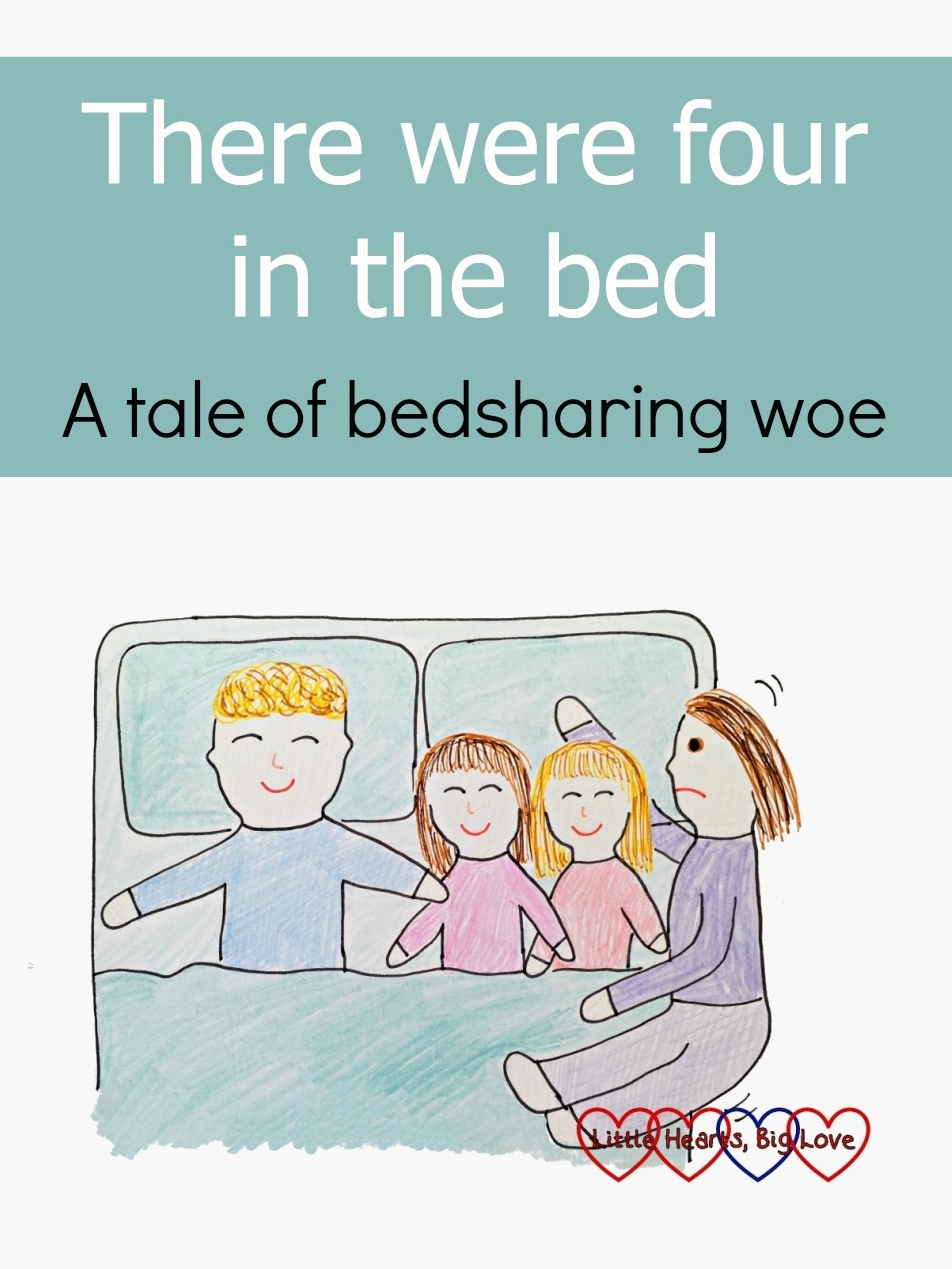