One of Sophie’s Christmas presents last year was a box for “Special Time with Sophie”. Twelve envelopes. One to open each month. Each containing an activity for Sophie and me to do together. January’s activity was to do a craft together. Sophie decided that she wanted to make some puppets to tell the story of the Three Little Pigs.

We’ve done a similar craft to this before, making the Three Little Pigs out of paper plates when the girls were small. I doubt Sophie would remember. But doing another Three Little Pigs craft brought back some happy memories and made me smile. 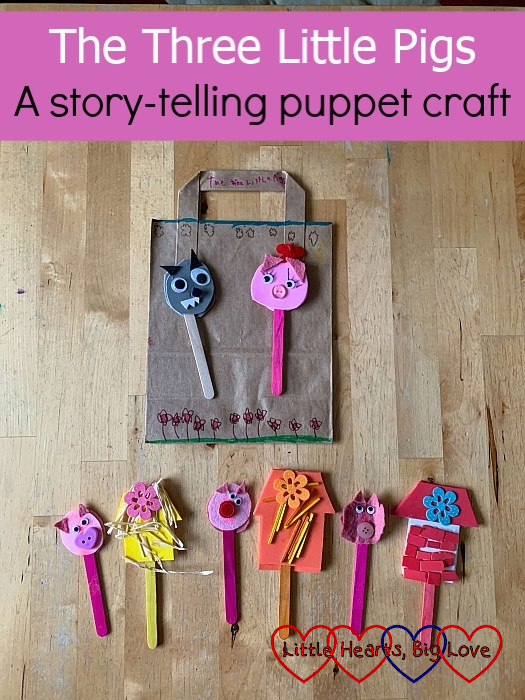 1) Cut out two circles and two small triangles from pink felt or foam.

2) Place a craft stick between the two circles and glue in place. Add the two small triangles at the top of one of the circles to make the pig’s ears.

3) Add two googly eyes and a button nose and allow to dry. 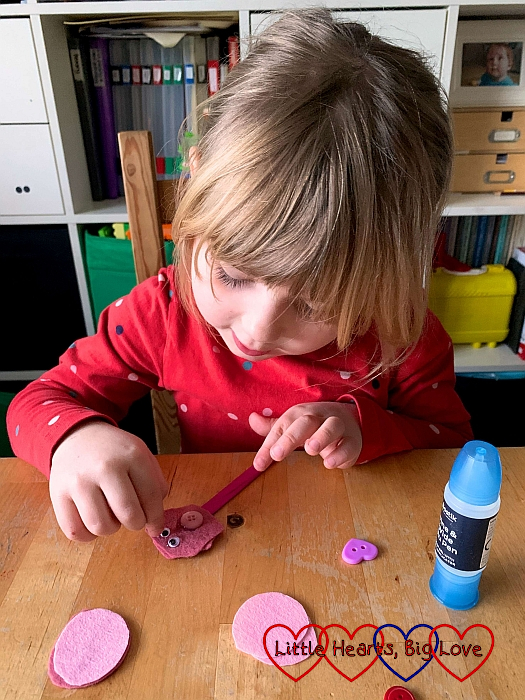 4) Add details as needed with a marker pen.

5) Repeat to make the other pig puppets. 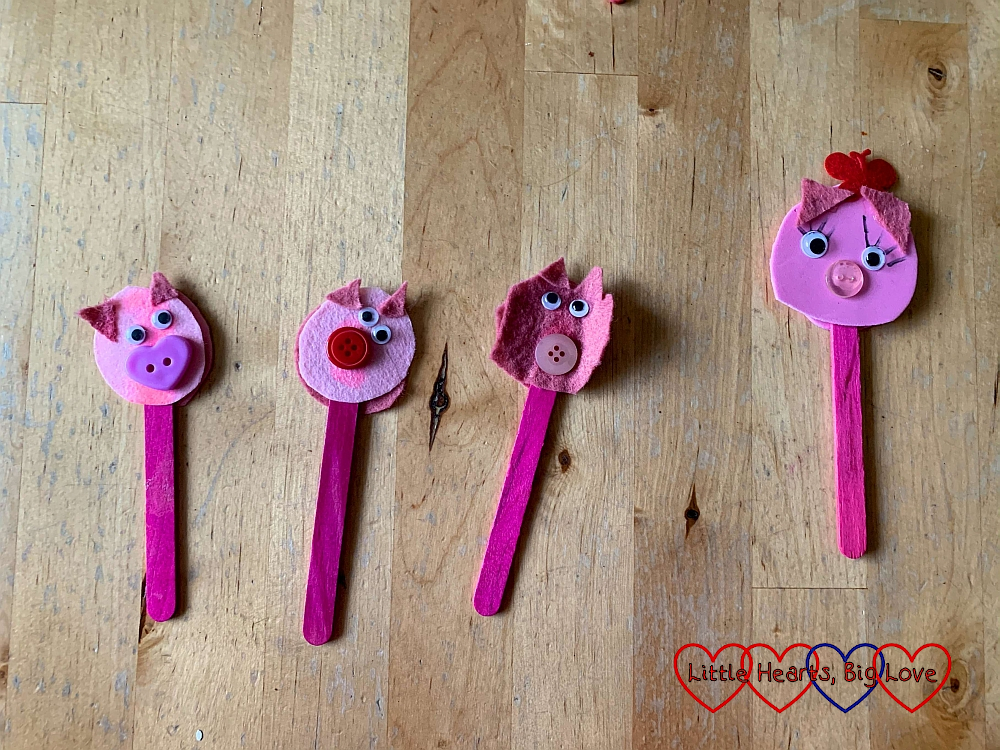 1) Cut out two circles from grey felt or foam, two small triangles from black felt, and teeth from white foam or felt.

2) Place a craft stick between the two circles and glue in place. Add the two small black triangles at the top to make the wolf’s ears. 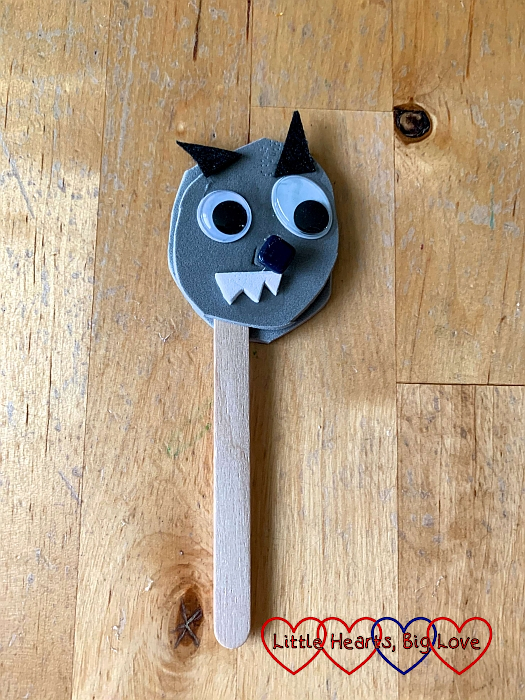 1) Cut out two house shapes from coloured felt or foam. We used yellow for the straw house, orange for the stick house and a white rectangle with a red roof for the brick house.

2) Place a craft stick between the two pieces of felt or foam and glue in place. 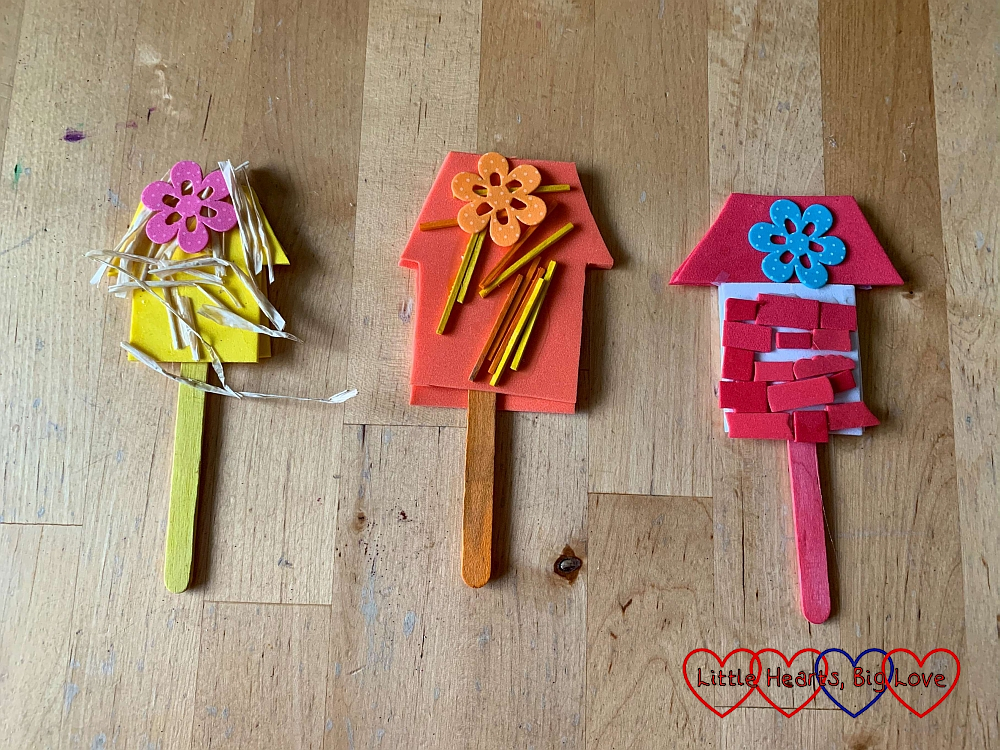 Decorate a paper bag with details of the Three Little Pigs story to make the story bag. You can decorate this as a backdrop scene, as my 6 year old did, and then use this as a background when telling stories with the puppets. 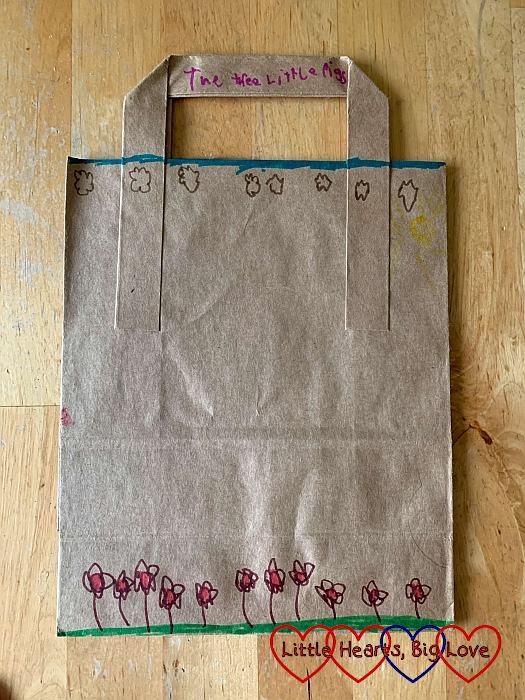 Sophie loved making her puppets and had lots of fun using them to tell the story of the Three Little Pigs to Thomas. I’m not sure he took in much of the story but he seemed to like watching the puppets! 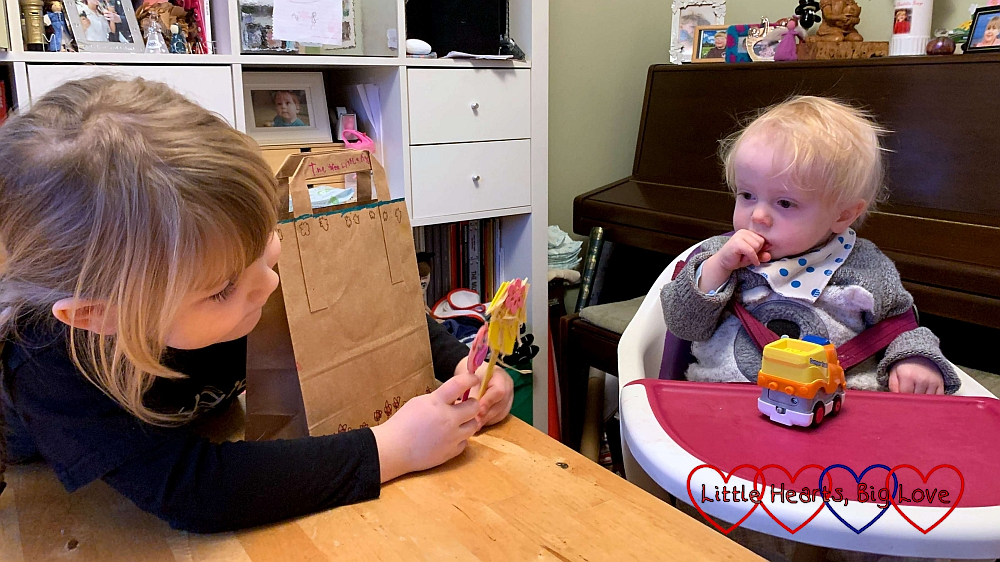 10 thoughts on “The Three Little Pigs: a story-telling puppet craft”